All you need to know about anamorphic compression ratios 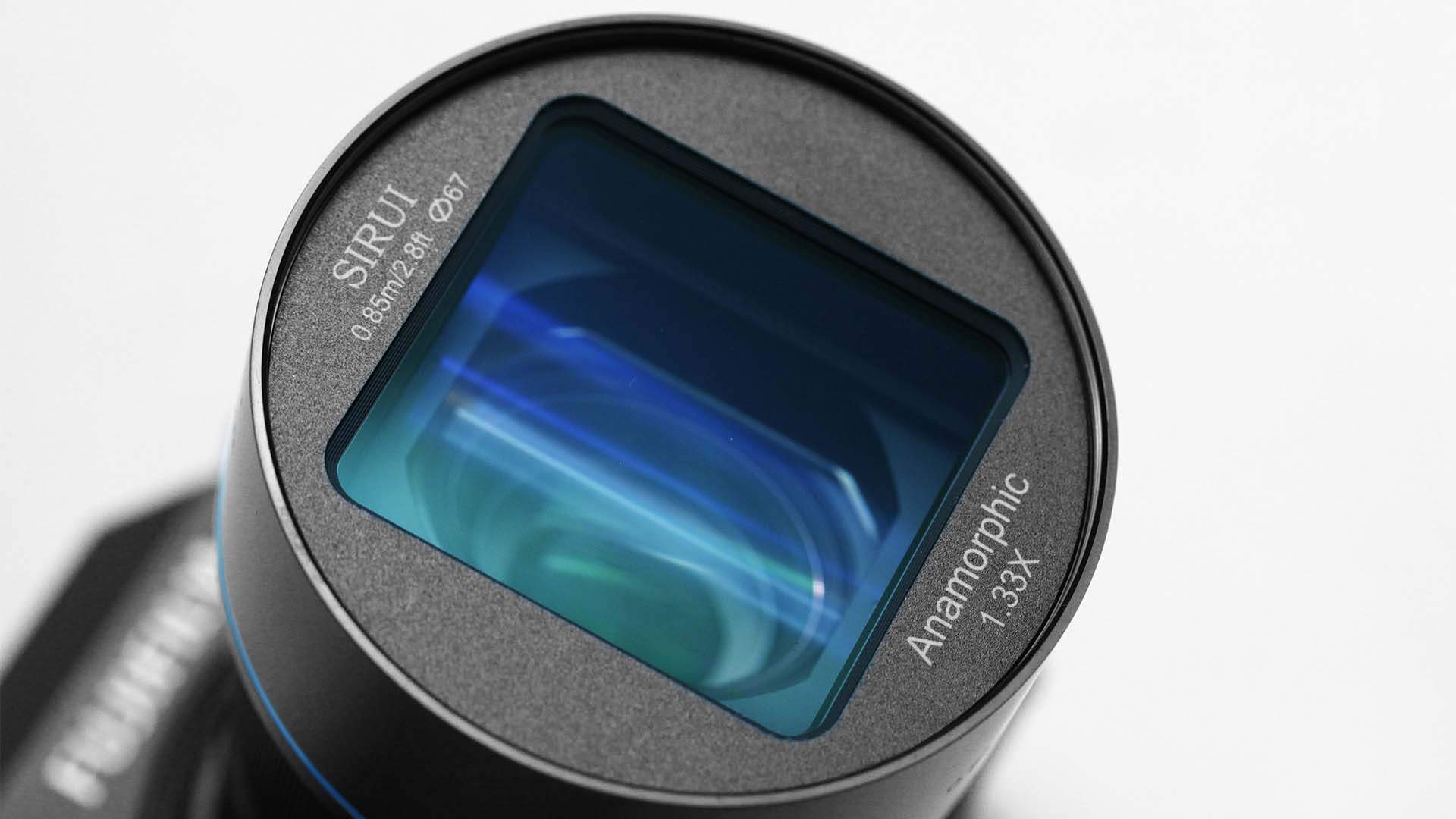 Anamorphic lenses are very popular right now, so here's a guide to what all those compression ratios mean!

It's not really clear why anamorphic lenses originally had a two-to-one compression ratio. The technology was based on designs by Henri Jacques Chrétien, who took anamorphic photographs using a 2:1 ratio and possibly based his approach on viewing ports built for tanks, designed to make more of the battlefield visible using compression. Regardless, it's easy enough to see. When we look at the famous oval points of light in out-of-focus backgrounds, on at least some designs of lens, they are clearly twice as high as they are wide.

Lenses with two-to-one compression have been the mainstay for decades, but anyone who's looked into modern options will have discovered there's something of a rabbit hole here. Even the history of 2:1 anamorphic format is replete with modifications and changes. Early notes on CinemaScope talk about a 2.55:1 frame, much wider than the frames we're used to, which are more usually between 2.35 and 2.4. The differences come from differences in the defined negative area, especially because, during the 1950s, some films used magnetic soundtracks on the outside of the sprocket holes, freeing up extra space for picture in a sort of super-35 projection format.

Soundtrack information would eventually be placed outside the sprocket holes again with the introduction of Sony's SDDS digital format in the early 90s, but conventional optical sound never went away. As a result, the format standardised for anamorphic cinema production in the late 1950s is essentially the same one we'd used today if we shot anamorphic 35mm, using 2:1 compression to create a 2.35:1 frame. Later this increased very marginally to 2.39, mainly to better hide splices; again, it's just a crop, and the compression ratio of the lenses still matches Chrétien's original ideas.

The middle of the twentieth century saw a huge amount of esoteric development work - CinemaScope, VistaVision, Cinerama, and others. Some of those large-format film standards survive to this day, presumably because people associate things that are old and expensive with a touch of class. The main reason we now see anamorphic lenses at ratios other than 2:1, though, is because most modern cameras have sensors intended to satisfy 1.78:1 (that is, 16:9) television or 1.85:1 cinema.

Put a 2:1 anamorphic on those, and we end up with a ludicrously wide frame of 3.7:1, which is probably only going to be of use in very specific circumstances. Arri made an Alexa with a 4:3 sensor more or less specifically to accommodate 2:1 anamorphic lenses, but otherwise, with 2:1 lenses on conventional cameras, we're faced with the prospect of cropping off enormous amounts of the image to achieve a standard aspect ratio. Still, modern cameras do tend to have a lot to spare, so if it tickles you, crop away.

Or, we can use lenses with a different compression ratio. People had made such things before, particularly during the late 1990s when standard-definition TV was going widescreen and people wanted to get some more value out of cameras with 4:3 sensors. The required anamorphic lens to cause a 1.33:1 camera to produce 1.78:1 images compresses at 1.33:1, since 1.33 multiplied by 1.33 is amazingly close to 1.78.

The next thing to understand is a huge mathematical coincidence: applying a 1.33:1 lens to a camera that's already 1.78 will create something extremely close to a 2.39:1 frame. Those late-90s widescreen adaptors weren't built to work on cinema cameras, although people have sometimes pressed the old Panasonic AG-LA7200 anamorphic adapter, which was built for the DVX100, into service as a rather dubious anamorphic element for modern cinema cameras. Sharpness is often not stellar.

Users of cameras compatible with E mount lenses might instead reach for one of the Sirui 1.33:1 anamorphics, which are probably the most affordable anamorphic lenses ever built.

Anamorphic lenses with compression between 1.33:1 and 2:1 have been made, principally because there are now a huge number of cameras with sensors of different sizes that may yield usable images in a wide variety of shapes when combined with any one of the available lenses. Cooke's Anamorphic/i Full Frame Plus lenses compress at 1.8:1, a choice made to create the best possible compromise of anamorphic effects and resolution on specific full-frame cameras, though they'll work fine on other things too. Older cinema-oriented designs may not cover more than not-even-super 35mm.

Sirui also have 1.6:1 options at very advantageous prices, though, again, they often require very shallow lens mounts. There are 1.5:1 lenses in the Technovision range by P+S Technik. The lower numbers may lack at least some of the optical aberrations common to anamorphic shooting, and so may simulate them using boldly-coloured coatings and specially-shaped apertures.

Most post production software and at least some monitors make it reasonably easy to un-squeeze and appropriately crop material that's been shot in any of the common formats. Given so many options of sensor size, compression ratio and cropping, the choice is huge; in business environment that exists at the moment, the only problem is they'll perpetually be out on someone else's shoot.