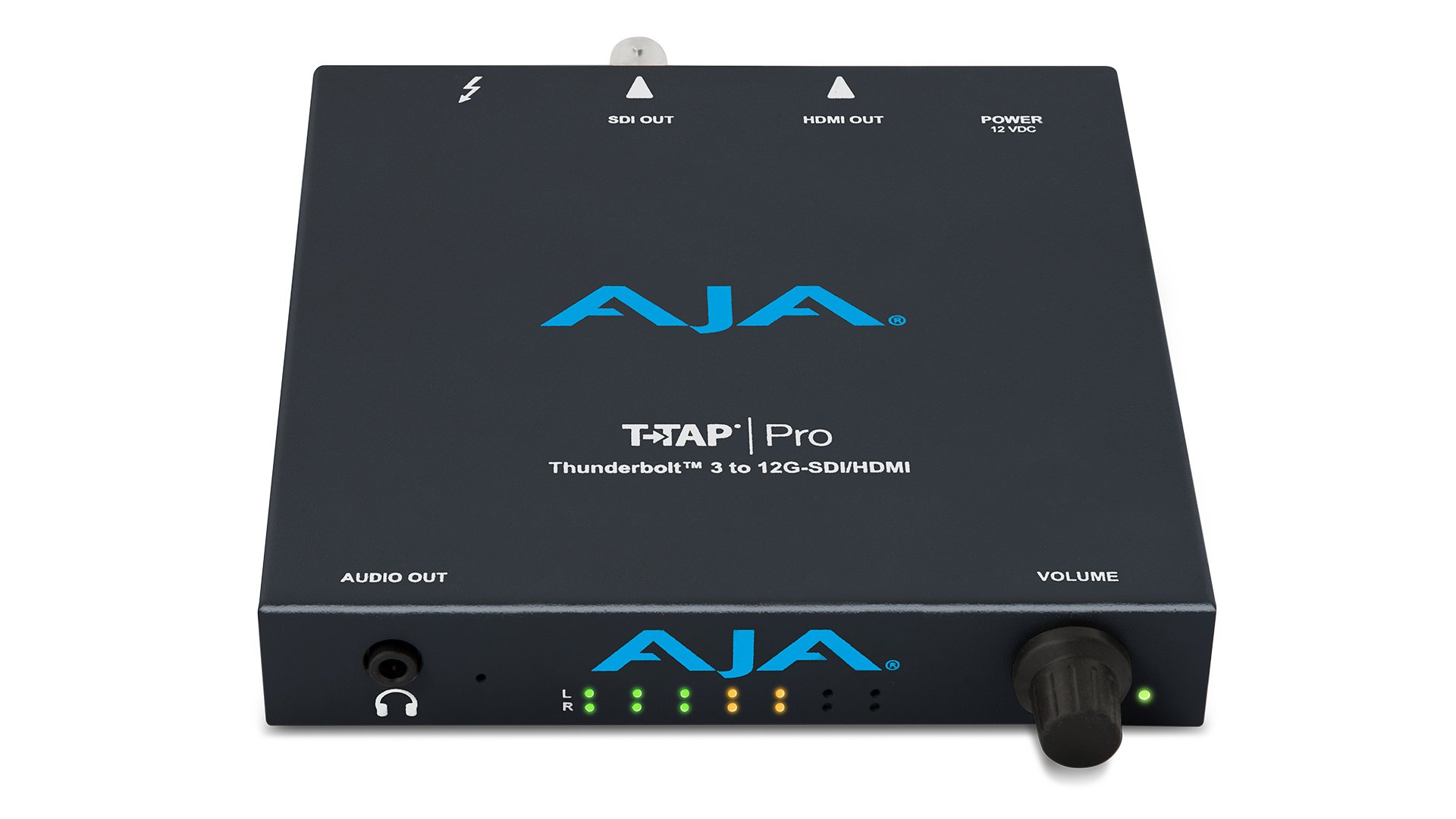 AJA has announced the T-TAP Pro, a device that lets users output 12G-SDI or HDMI 2.0 to a monitor from any Thunderbolt 3 equipped Mac or PC.

The device looks like it could be a really great solution for people looking for a simple way to output 4K over SDI or HDMI for monitoring from their computers, no matter where they are in the world.

The device is currently supported by Apple's Final Cut Pro as well as Adobe's Premiere Pro, After Effects and related apps, as well as AVID Media Composer and Pro Tools amongst others. AJA is also working with partners to further compatibility, such as Colorfront with Express Dailies, On-Set Dailies, Transkoder, and Streaming Player.

The rear of the AJA T-TAP Pro. Image: AJA.

The AJA T-TAP Pro is available now for an MRSP or US$795. For more information visit the AJA website.