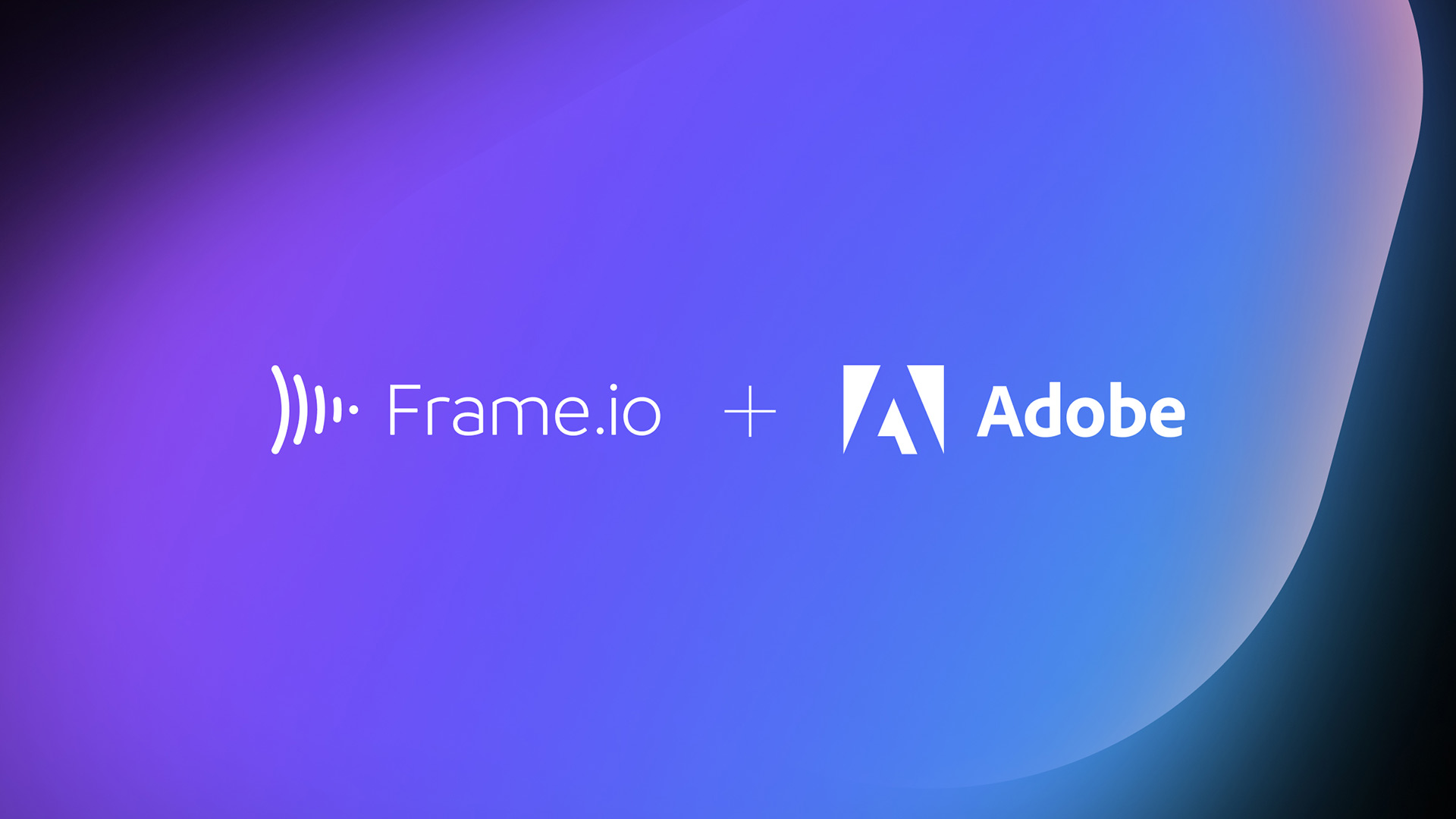 Adobe has agreed to acquire Frame.io in a $1.275bn deal that will set the stage for the company's future. It's an announcement that will send ripples throughout the industry.

In hindsight, the earthquake was predictable. And like most earthquakes, it was pretty clear it was going to happen, just not exactly where or when.

Which seismic event are we talking about? The one where Adobe just acquired Frame.io for $1.27B. That's right: Frame.io is now an Adobe product.

Most of this happened in plain sight. The only - massive - question was whether it would be Apple or Adobe. Make no mistake: this is a big move for both Frame.io and the owner of Creative Cloud. It is transformative, and it is timely.

It seems like only yesterday when Frame.io launched its Camera to Cloud initiative, a project let by the industry's very own force of nature, Michael Cioni.

Cioni and the incredibly focused CEO Emery Wells, together with an abundance of talented individuals at the company, have brought Frame to this stage. They fostered an extraordinarily pervasive and persuasive vision of the future and simply and efficiently made it work.

Only six years ago, Matt Gregory and I started visiting Frame.io in New York. The company has changed premises several times since then, always growing; never standing still. In the early days there were developers in cupboards and kitchens. Now Frame.io will have effectively unlimited resources.

It's been clear for more than two years now that Frame.io was a rocket ship. It was never going to remain "merely" a video review service. With their new LA office, $50m in funding and the arrival of the working Camera to Cloud concept in February this year, the seismic activity could be felt already. The openly stated ambition was to change Hollywood - and by association the rest of the world.

The C2C technology puts media on an editor's timeline almost as soon as shooting on set starts. It's a technical challenge that is essentially made possible by Frame.io's software and a clever integration of communications products. Keeping track of content accurately is at the core of it and it is this "engine" - together with the scope of Frame.io's ambition that must have attracted Adobe.

Imagine Camera to Cloud working with full resolution material. Imagine it built into the fabric of Creative Cloud. Frame.io's just-published blog about the acquisition tells us that the Frame.io product is going to continue and will just get better and better. But it's also inconceivable that Adobe will not build Frame.io's essence into the core of Creative Cloud.

What will it mean for the rest of the industry? Impossible to say, but I suspect that it will focus other companies on their own offerings. There will be a race of sorts. And that's a good thing because this is an era of extreme change. If you're not running at full pelt, then you're moving backwards.

Think about it: 5G; AI; Edge computing. Astonishingly powerful GPUs. The Metaverse. Everything is about to change. Except that it already has. Covid saw to that.

This is a big deal for the industry. 1.27B is off the scale. It may not look like it in comparison to Tesla but for a company focused on production workflow software it is unheard of.

Wells said, "[This deal] will allow us to continue our mission of transforming and creating the future of collaborative video workflows".

He went on to say, "Why Adobe? There is no company in the world that has had a greater, more transformative impact on the creative industry than Adobe.

Tools for creativity are core to Adobe's DNA and, equally important, core to their business. Video is the culmination of several creative disciplines, and we've often heard your requests for Frame.io to be more seamlessly integrated with the Creative Cloud. When I try to imagine a company where Frame.io can not only continue our innovation-oriented mission, but take it to the next level, Adobe is unquestionably the right home and the best possible team to join. We also are confident that Adobe is a culture which shares our values and a company where our team can thrive.

Our joint mission with Adobe will be to continue building Frame.io with expanded resources, while continuing to support a broad ecosystem of workflows. Over time, you can expect to see Frame.io more deeply woven into Adobe's creative apps with a focus on making Premiere Pro the world's most collaborative video editing platform. With our two companies joined together, the opportunities are limitless."

And he concluded: "The Frame.io product you know and love is not going anywhere.

The difference? Frame.io will simply have even more resources and brilliant minds behind it. But really, that is an understatement. We have a bold vision for the future and we're looking forward to sharing it with you over the coming months and years.

The changes you'll see will be additive to our existing capabilities; you can expect to see deeper integration with Premiere Pro and other Adobe products. We will also continue our commitment to invest in other partner integrations including Final Cut Pro, DaVinci Resolve, and AVID Media Composer.

Until the transaction closes, it's business as usual for Frame.io. Our customers can count on the same great products, services, and prices that we offer today.

We look forward to starting this next chapter alongside you as we continue working to bring you an even better version of Frame.io.

I wish Frame.io and Adobe well for their future together. It's been fascinating watching Frame.io launch and reach orbit.

I genuinely think this will be good for the industry. It will rearrange the important furniture and most likely vastly increase the use of terms like "paradigm change".

But it will be good for everyone - users and competitors alike. Because it helps to define - and refine - the future that we will all share. Today, we can see quite a long way further ahead than before.

*All of this is provisional until the transaction closes.