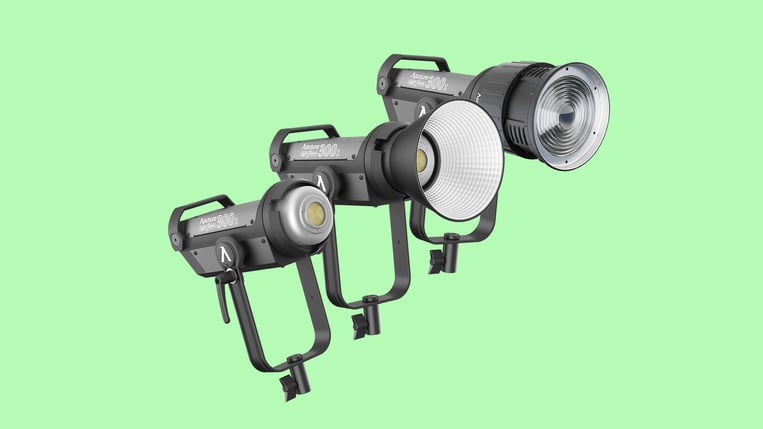 One of Aputure’s first open-faced hardlights was a tungsten-emitting type, and that’s sometimes a good thing.  Let me explain why Tungsten LEDs tend to have less output, but nicer colour rendering, and there’s no way of getting efficient tungsten light that’s a point source. For daylight, we can go to HMI; there isn’t (often) a tungsten HMI option, so tungsten LED was something new.

It’s common knowledge, that people tend to buy daylight lighting preferentially, possibly because the losses of filtering are less critical in the lower light levels of tungsten-lit interiors, though it’s not always easy to filter daylight LEDs to tungsten. Still, it’s often been harder to find efficient tungsten hard lights. There was never a COB-300T.

So, when we saw the COB-300X at IBC last year, it was a particularly welcome development, and not only because colour mixing is a such a convenience. The 300X is laid out very much like Aputure’s other open-faced hardlights, with the much improved integrated power supply and controller and improved reflector that we liked on the 300D Mk. II. 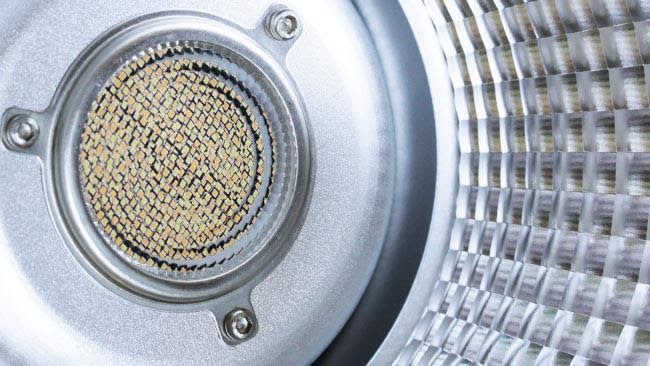 By putting the mains power supply and controller in the same box makes for a little more bulk and reducing the number of parts in turn reduces the time required to set things up.  The 300X has naturally grown an extra control, for colour temperature. About the only other physical difference is the pebbled glass diffuser over the emitter array that’s clearly intended to ensure proper integration of the warmer and cooler LEDs.

The effective emitter area is the same as on the company’s other products, so all the Bowens-mount accessories behave as usual.. The supplied reflector is of the newer, multifaceted design that provides noticeably higher output than the older, more diffused dish. The tradeoff is shadow quality against brightness; the high gain reflector causes a slight double shadow under some circumstances, but it’s easy enough to throw any Bowens dish on there if that’s a concern. 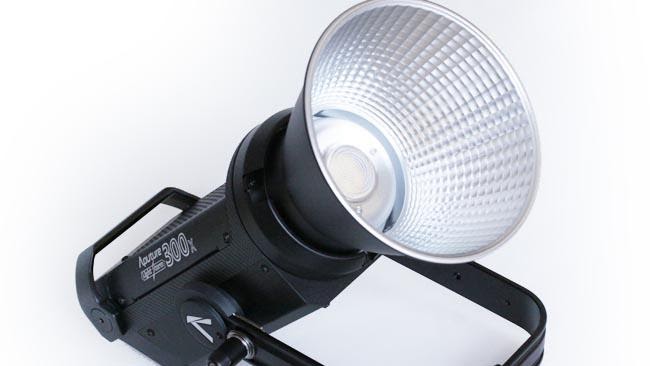 If there’s a concern, it’s that mixing tungsten and daylight LEDs doesn’t necessarily give us an ideal transition from tungsten to daylight.  As the CIE chromaticity chart shows, mixing a high and low colour temperature will give us something on the straight line between the two, but the line of ideal colour temperatures is a curve. It’s usually a fairly subtle issue since the useful part of the blackbody curve is reasonably straight, but it’s a compromise.  Some lights have the ability to trim its output with green or magenta emitters, but that costs us output overall, so there is no ideal solution; the success of colour mixing lights really depends on how well this is managed. 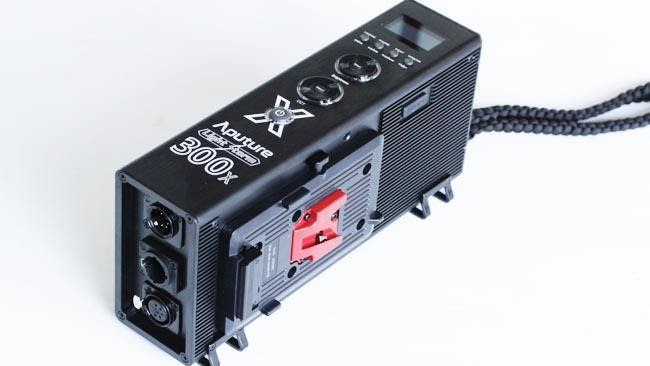 The 300X has two main modes, one of which is designed to produce constant output as CCT changes, and one which targets maximum output at intermediate CCTs where both sets of emitters are active simultaneously. 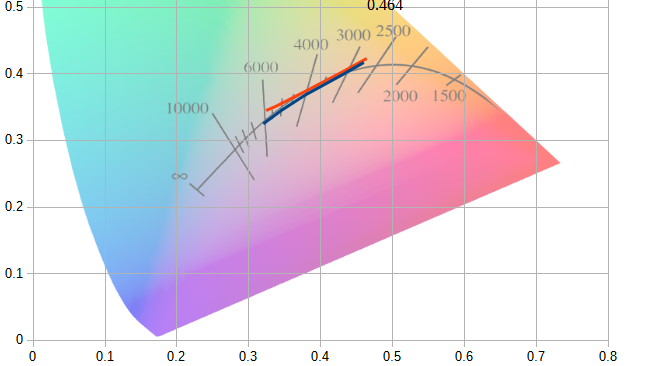 In maximum-output mode, the 300X develops around 9000lx at 2800K and 11500lx at 6500K. Cooler LEDs tend to have higher output since they’re converting less of the blue emitter, and this is normal. In maximum-output mode, the 4200K setting achieves perhaps 16000lx.  That’s still less than a 300D at full power, but not unreasonable given the involvement of warmer-tuned emitters. Selecting constant-output mode drops the 4200K setting to around 8500lx, more or less as we’d expect. It’s always the case that constant-output mode will noticeably limit output in the middle and cooler ranges, and Aputure’s menu option makes sense. 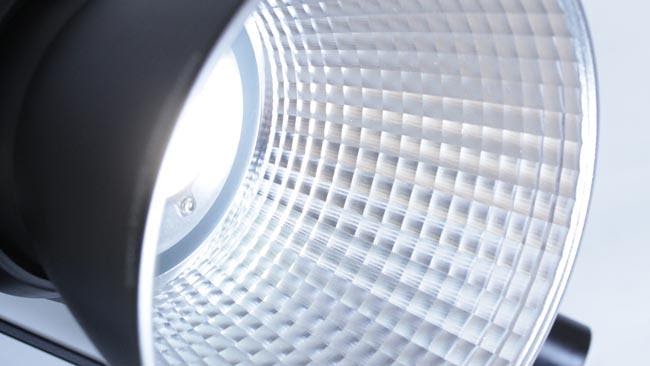 The good news is that any green-magenta shifts are fairly minor, certainly well enough not to seriously affect a TLCI reading. The error is mainly toward the warmer end, which drifts green very slightly. Dimming fron 100% to 5%, which is a stern test and would show errors on more or less anything, there’s a slight tendency to move warmer and more green which are show in the accompanying charts. 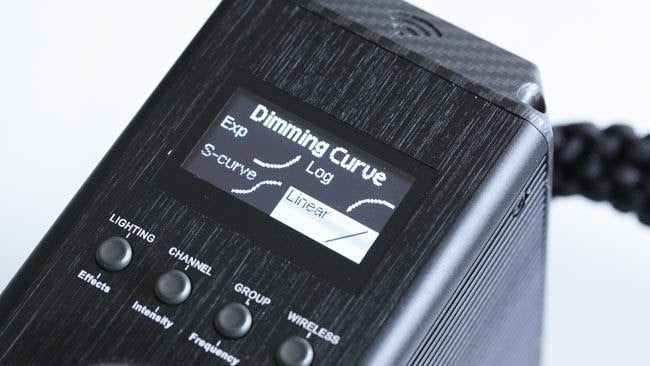 There are some other useful effects, with the usual selection of flashes, strobes and explosion effects with timing and frequency controls, some of which modulate the colour temperature for a bit more complexity. There are different dimming curves and DMX controllability, as well as Aputure’s tidy in-house mesh networking protocol.

Inevitably, the 300X is not quite as powerful as a 300D – it never could be – but within that it’s great. At around £1200, you’re not paying that much more for the flexibility, which makes it a pretty attractive value proposition. In a wider sense, looking at the whole lighting industry, it’s good to see that LED lighting is now better matched than ever before, and even the products of different manufacturers are increasingly likely than ever to match at least as well as HMIs ever did.

The 300X is a solid device, and it leaves us looking forward to Aputure’s upcoming 600-watt light and its much-teased colour panel.