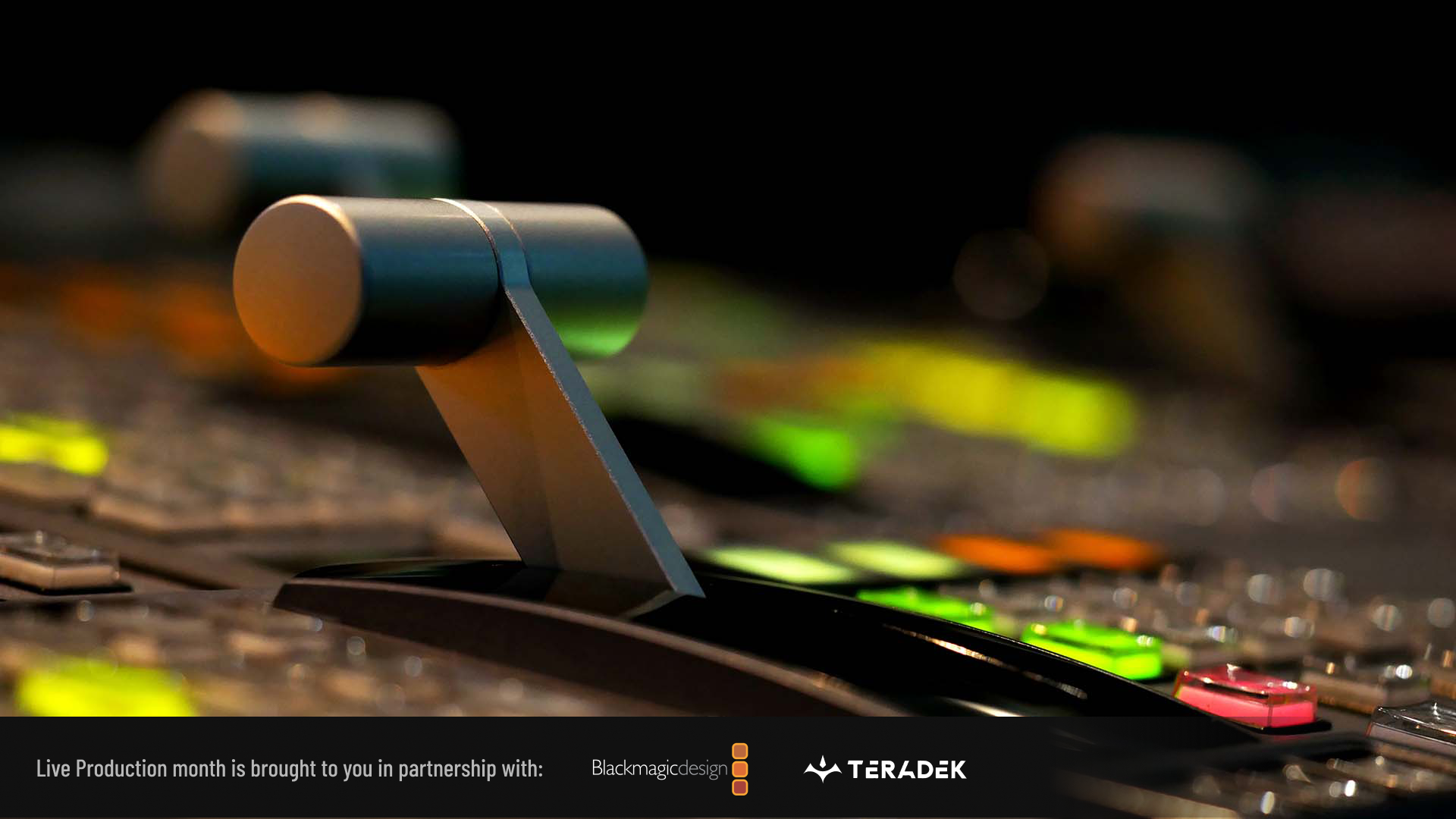 Here's part 2 of our guide to some of the most commonly used terms in live production.

Latency refers to the delay between the camera capturing the image and the switcher or video receiver receiving it. Latency refers to any delay between where there might be image or sound capture and its final destination. Where latency becomes particularly important is with wireless video, and it can become a much trickier problem to solve in high resolutions.

A live stream is precisely as it sounds. It's an internet streaming video that is being streamed live, very much like a live television production. Live streaming has become incredibly popular since the pandemic began.

A luma key is a different method for keying an object than the chroma key method we mentioned in the previous part to this series. As the name suggests, Luma key is a key pulled from the luminosity of the image rather than by the colour.

Outside Broadcast. OB refers to the live show being broadcast away from the central television studios. An prime example of an outside broadcast would be the Olympics, or a Royal Wedding event, or a news reporter giving a live report or interview from a location.

Over The Air. This refers to over the air broadcasting, which effectively means traditional television received in the home via aerial or satellite dish.

Over The Top. Over-the-top media is a fancy way of saying 'internet delivery'. In short it's video that is delivered over the internet independently of the traditional broadcast methods. Examples being Netflix, Amazon Prime Video, and YouTube.

Racks is slang for the control panel that controls and matches cameras in a multi-cam live production. Cameras are matched for colour, black level, and exposure.

Serial Digital Interface. SDI is a way of sending video over a coaxial cable. It uses a BNC style connector, and there are various different SDI standards depending on the maximum resolution it is capable of carrying. Currently 24G-SDI is the most modern version, enabling up to 8K resolution to be carried. SDI as a standard is under threat from VoIP (Video over IP).

A tally light is simply a light, usually red, that lights up clearly on a camera to show that it is active. In a multi-camera scenario it allows presenters to see clearly which camera they need to be talking to or be aware of.

A transition is when one video image (or still image) is transitioned into another gradually. Typically this is a crossfade or dissolve.

Video over IP or Video over Internet Protocol is an alternative way to send video signals over a local network using the ethernet protocol. Video over IP is going to become much more common as time goes on, with some suggesting it could replace SDI in the future. One reason for this is because an IP video cable can carry video, audio, and data such as subtitles, closed captions, and timecode all within a single pipeline.

At its most basic, a virtual studio can refer to a simple green screen background. However, most people associate it with a real-time 3D computer-generated studio. For example, the presenter might sit in a real chair at a real desk, but everything else surrounding them is generated inside a computer, yet the cameras can move around as if it is a real location. The viewer often won't even realise, although highly stylised and extravagant sets are possible.