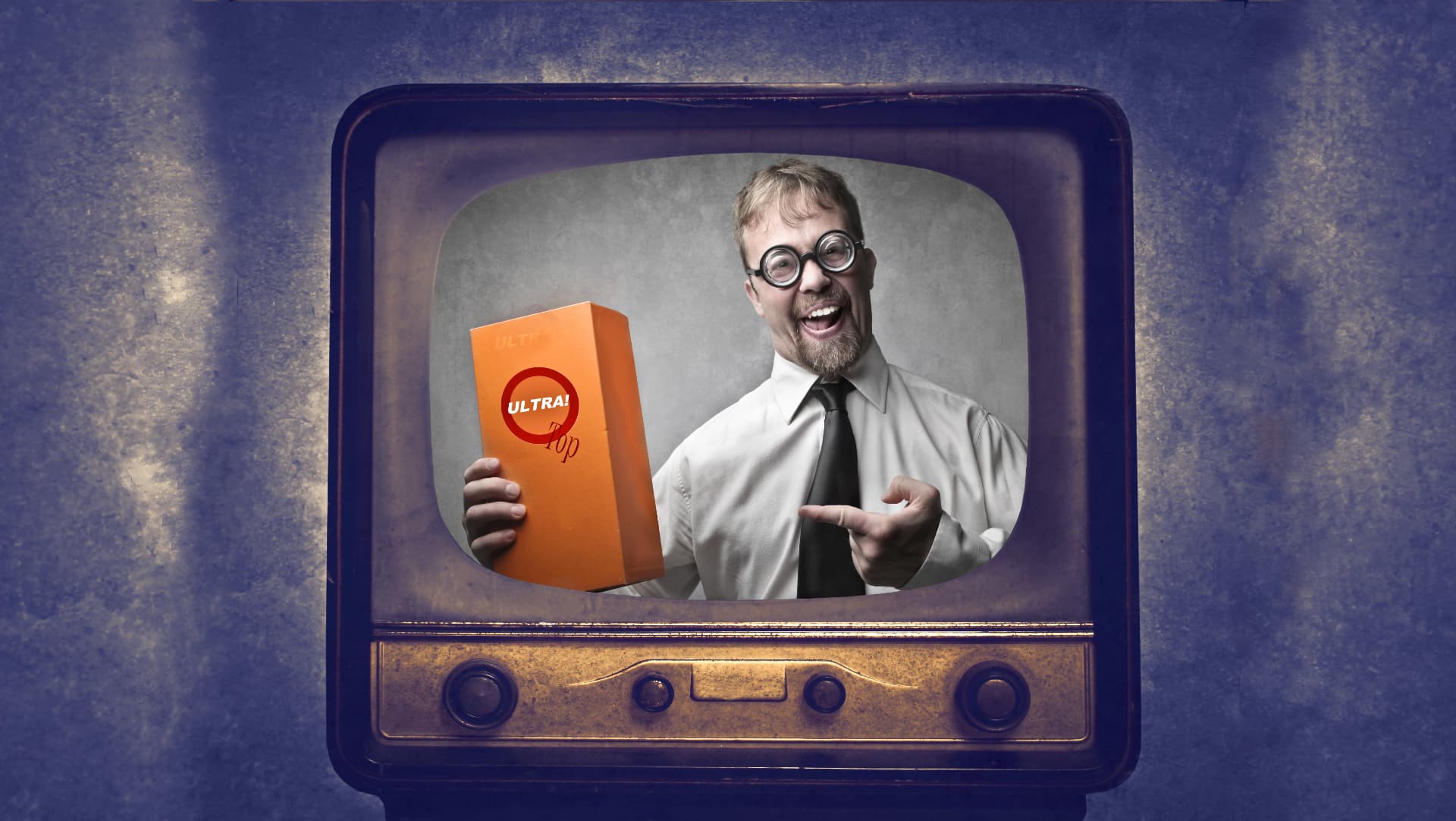 Marketing can be frustrating. Bad marketing makes you cringe. But you might not even notice the best marketing: you just go out and buy something.

In the 1990 Dudley Moore & Darryl Hannah film Crazy People, an advertising executive is sent to a psychiatric hospital following a breakdown. Before this, he had invented a series of adverts for his agency based on the ludicrous idea that they should be truthful: a concept entirely alien to the industry at the time.

But the adverts get printed by mistake, and they become hugely successful. One of them was "Volvo: they're boxy, but they're good". Those were the days when Volvos were boxy but good. Indeed the cars at the time looked like an exercise in steel origami. Today, they're much sleeker and still excellent. In fact, I drive one, probably as a result of Volvo's marketing.

There's no doubt that marketing is manipulative, but so is language itself. For example, when a clothes shop assistant says, "you look good in that", you can't help but be flattered, and you're more likely to buy it.

Some marketing is deliberately misleading. I'm not going to try to justify that. When a chocolate bar comes in a "new, handy size", it actually means that it's smaller for the same money. Stilton cheese, advertised as 60% fat-free, is actually 40% fat: an extremely high figure. I like to think we're past the crudely sexist and typically misogynistic advertising of the ‘60s and ‘70s where you were told quite matter-of-factly that if you bought this or that product, it would make you more attractive to potential sexual partners. The reality is, I suspect, that the same thing happens today, but orders of magnitude more subtly.

Marketing can take advantage of confusion. Throw a few technical terms into an advert pitched at a non-technical audience, and you can almost get away with anything. One current campaign turns the fact that if you go over your cellular data limit, your data rate will be throttled to a few megabits per second into what sounds like a miraculously good offer. The pitch is that with this mobile phone operator, you don't get cut off when your data runs out. You're still allowed to access What'sApp etc. Sounds brilliant until you realise what it actually is. But I don't see anything wrong with this: to certain users, this sounds like a very good deal indeed. And it will be, for them.

Raw technology is often not sexy in marketing terms. What's the advantage of 4K over HD? If you don't understand the technical aspects of resolution, you probably neither know nor care. But if marketing tells you'll see such incredible detail and texture, it will make the hairs on the back of your neck stand up; you might want to take a look.

Do you remember when VHS recorders came with a bewildering array of features? They all looked the same, but each was positioned slightly differently. Within a single range, you could buy one for £450, and another for £750. You'd think the more expensive one would be significantly better. But the reality was they were all the same, with some features turned on or off. So it was cheaper to make them all intrinsically capable of the full spectrum of features than to make all those versions with physical differences.

I don't see much wrong with that. It's a practice that's widespread today. To get my previously-mentioned Volvo to accept Apple CarPlay, I have to pay £300 to the dealer, who enters a code and makes it happen. And such is my irritation with that lack of functionality, I will probably pay it. That's precisely £300 extra revenue for Volvo. That's the deal I can take or leave: it's my decision.

Technology is reaching a phase when it's more dependent on marketing than ever. Think of an iPhone. The latest model has some useful improvements, but you may struggle to find much that would make you want to upgrade. The marketing department will have to work extra hard to make this upgrade a success, and they probably will. And, once again, it will likely become the biggest-selling iPhone ever.

Selling to specialist audiences has additional challenges. You might think it would be easier because the marketing will be addressed to experts. But experts can be cynical, wary and sceptical. If the marketing talks to the experts, what about those who aren't as knowledgeable but who might control the budget?

That's why marketing addresses "personas": advertisers pitch their adverts at fictional individuals representing certain types of potential customers. They talk to these categories of customer in their own language or jargon, anticipating their specific priorities and understanding their pain points.

Ultimately, if "need" is the rocket fuel that drives innovation, then marketing is the booster rocket that helps and, yes, influences users to identify and act on those needs.

Marketing has a deep and inseparable relationship with technology. It's what defines the final shape and functionality of products. In fact, without marketing, a significant amount of technology would never escape from the laboratory.