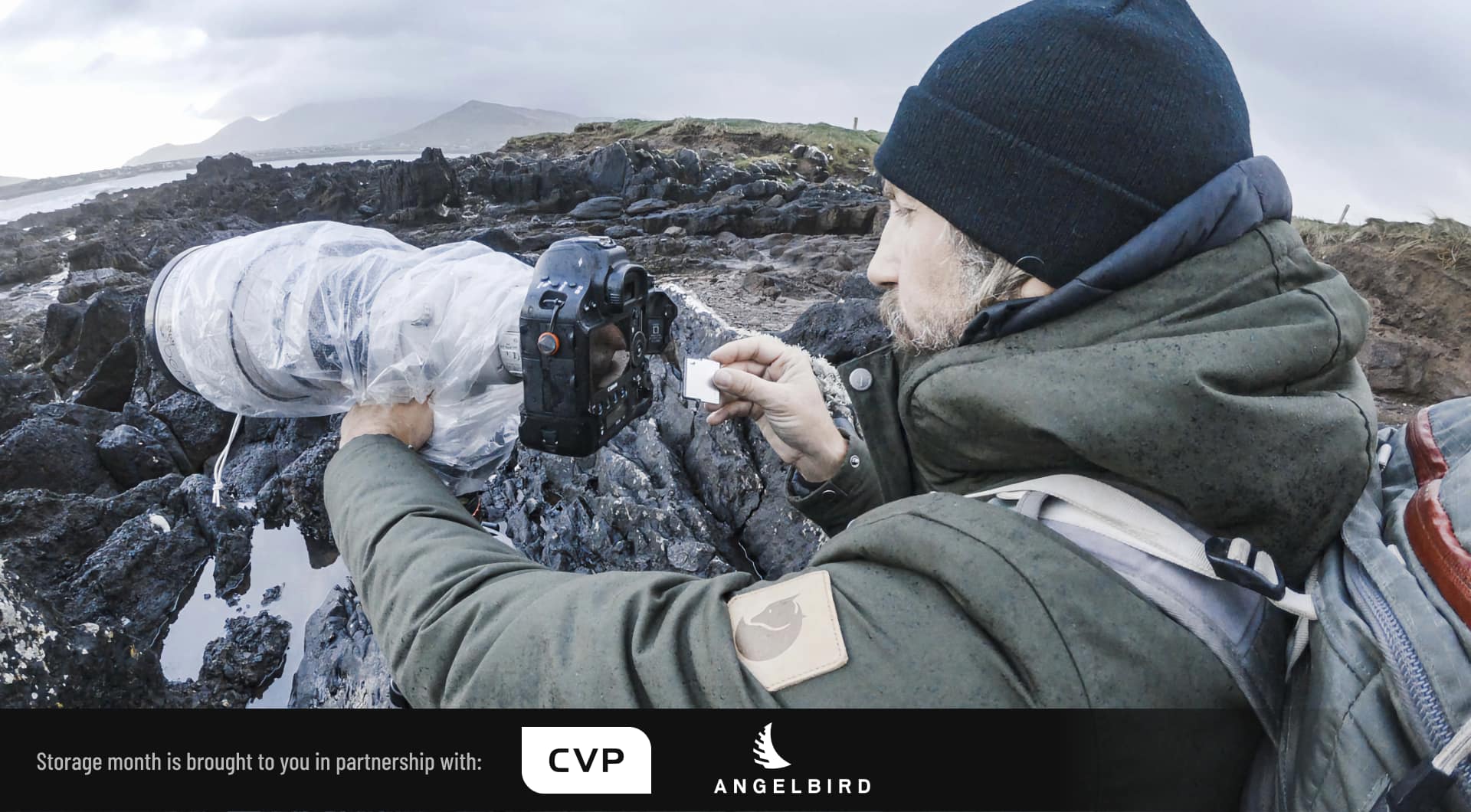 Cameras are our raison d’être, lenses are things of beauty, and lights are the pigments we use to paint with. Storage may seem dull by comparison, but we’d have nothing without it.

Media storage is important to film-industry freelancers because it’s the way our work exists in the physical world. Since shooting on tape and film all but disappeared, our blood, sweat and tears is poured into a huge strings of noughts and ones that is only as secure as the drive it is stored on.

If there’s ever a solar flare that wipes all digital data on Earth, almost everything I’ve ever created will be gone. Only a few analogue stills negatives and prints would survive, and a single short film I shot on 35mm. Postulate a slightly less apocalyptic event – a local electromagnetic pulse that merely wipes all my drives and devices, say – and at least some of the films I’ve worked on would still be safe with other members of the team. Many of the films would also still exist online on streaming platforms, though the rushes would be lost and the compression would render them useless for remastering.

Because although we live in an age of cloud storage, our working files remain too large to make this practical in most cases. Video is one of the most data-intensive file types in existence, and anyone involved in post-production inevitably ends up with a large collection of external drives to keep it all on. People working in other industries could easily go their entire careers without generating enough data to fill their computer’s internal drive, but start working with images, particularly moving ones, and external storage quickly becomes essential. Spend a couple of years writing a novel and you’ll have about a megabyte of data, which you can easily back up and keep in the cloud. Hell, you could carry it around on a floppy disc if you wanted to! Spend a couple of years making a feature and you’ll wind up with several terabytes, an entirely different proposition. This is why media storage is a huge deal for freelancers working with moving images.

It's not just size that counts

And it’s not just the size of the storage that’s important. When you’re dealing with large amounts of data you want it to move quickly, so the speed of the drive and its connections are key. This may mean speed of access – while editing, say – or speed of copying – while ingesting or backing up.

Reliability is also critical. I’ve only had a hard drive die on me once, I’m happy to say. It was back in my corporate days and I was waiting for feedback from the client on the first edit. It was my fault because I accidentally disconnected the drive without dismounting it – often a harmless mistake, but bad news I suppose if data is being written at the time. Fortunately I kept all my Final Cut Pro project files on my internal drive, and the video had been shot on tape, so I was able to re-conform it. Losing a drive full of footage in today’s tapeless world is potentially much more devastating, so you need storage that’s not going to fail on you.

There’s also the possibility that you need to go back to a project long after you thought it was finished – a client wants an updated edit to reflect new developments in their company, for example. Conventional hard drives can get temperamental if they haven’t been spun up in a while, so it’s advisable to plug them in every few months at least.

Ruggedness might be important if you’re going to take the drive on location for ingesting. How will it respond to being bounced around in a backpack for an hour? Does it need external power? Will it be okay if the location is very hot or cold?

As filmmakers we may not typically deal with the most sensitive data in the world, but we do deal with vast amounts of it, all representing significant money spent and person-hours worked to produce it. Storage may not be sexy but it is crucially important.