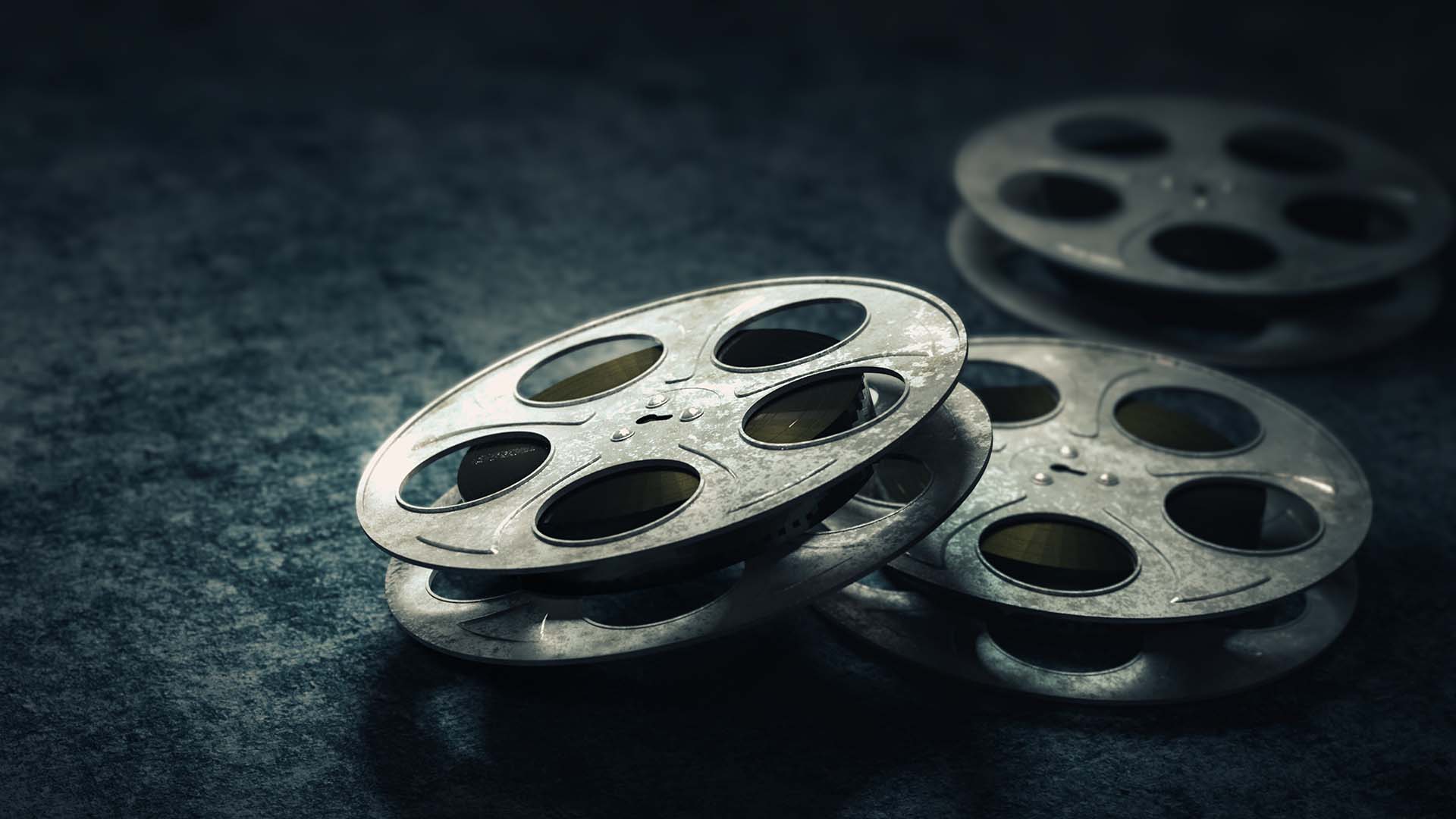 Are we beyond the film look? Simon Wyndham used to think so, but now he isn't so sure.

The film look is one of those things that we should be over, yet it is something that many people still strive for, despite the dominance and flexibility of digital acquisition. Why is this?

Back in the days of yore when forums were filled with techniques for de-interlacing and Magic Bullet, one of the first film simulation plugins, arrived on the scene, and then everyone wanted their footage to look like film. Of course, the desire wasn't surprising since most digital cameras looked pretty, well, digital.

Those new-fangled film simulations did their best to emulate film stock style colour and added grain. Some of them, such as the aforementioned, and at the time extremely pricey ($1000), Magic Bullet, did an exceptional job for the period. This was a time when nobody had ever heard the term "LUT", and the stock simulations were not tailored to any specific cameras colour science. Once you'd turned on features such as grain, in addition to its predictive de-interlacing algorithm, the render times sky-rocketed. It wasn't unusual to have to wait days for an edit to finish outputting! 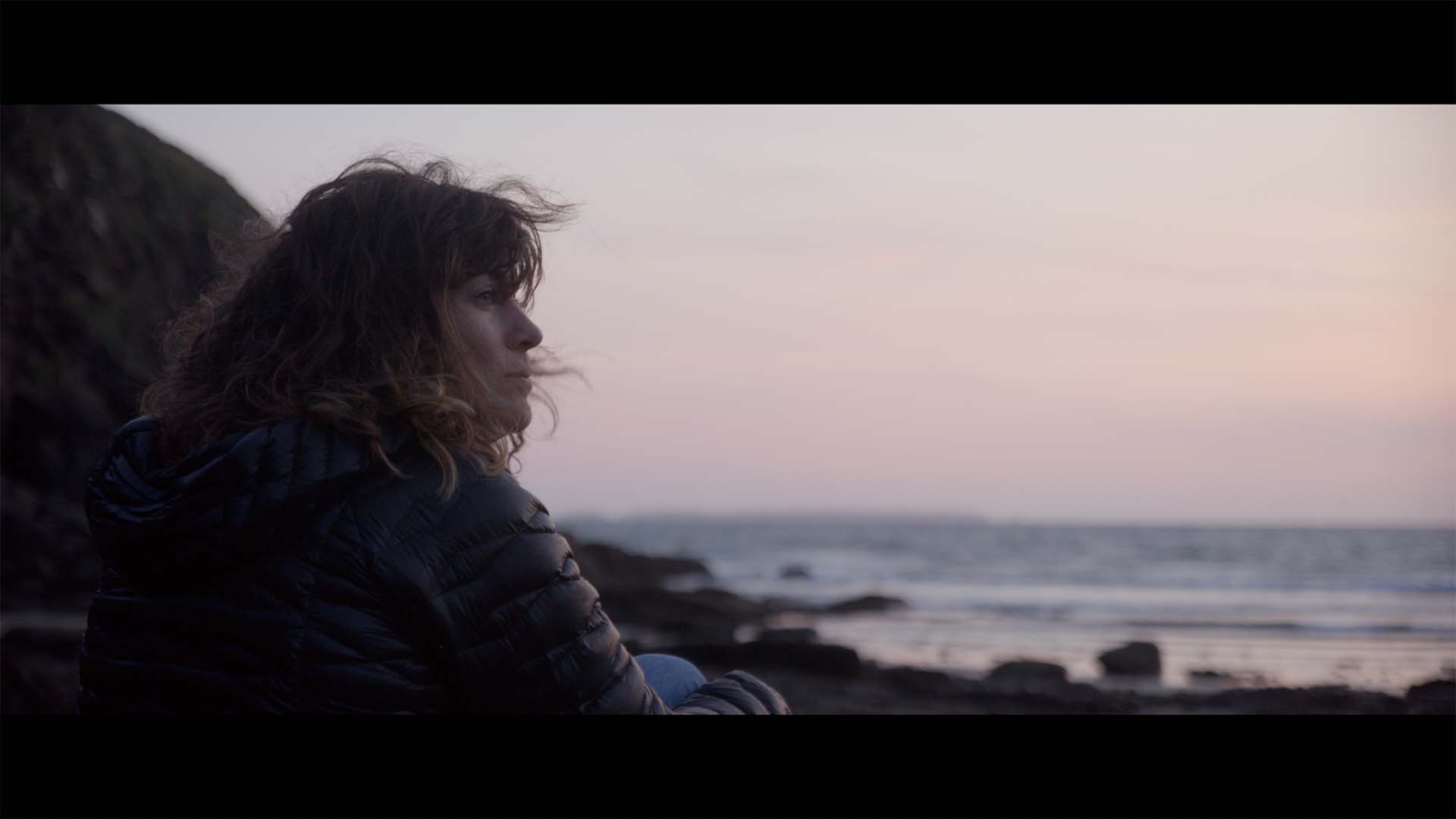 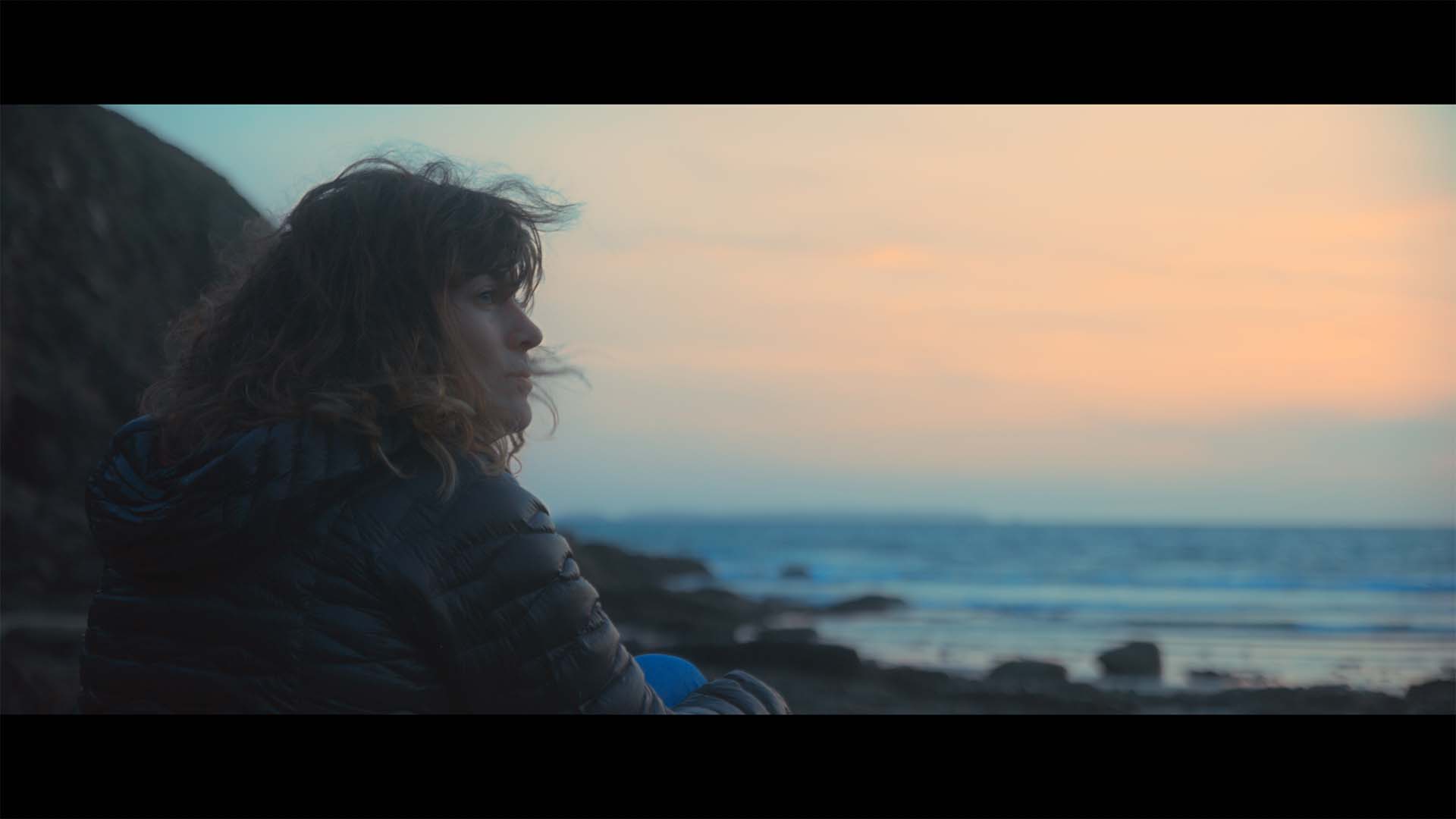 Footage from the URSA Mini Pro 12K graded and film look applied at the end of the node chain.

The idea of adding grain to a modern camera seems a bit of an odd one to me now. The fact that so many people complain about low light performance in some cameras today gives hilarity to the idea that those same people will quite often ramp up the grain in their grade. Yet, for some, grain reinforces the concept of an 'organic image'.

Whilst I am not a huge fan of adding lots of grain to a clean image, I admit that film style grain can look more pleasing than digital noise. If an image requires noise reduction, dialling back in some subtle grain can prevent the image from looking plasticky. However, any addition of grain needs to be performed with care because it can play havoc with online compression systems, and in some cases, such as with YouTube, it can fall foul of noise reduction algorithms. Of course, grain can play into a creative look, too, if the production suits it.

I do, however, like the colour properties of various film stocks. There's a particular 'something' about the colour reproduction of film stock that is more pleasing to the eye than digital cameras' general colour science. I'm not sure why this is, and I couldn't give you any objective reasoning behind it. All I know is that it just is, to me at least. 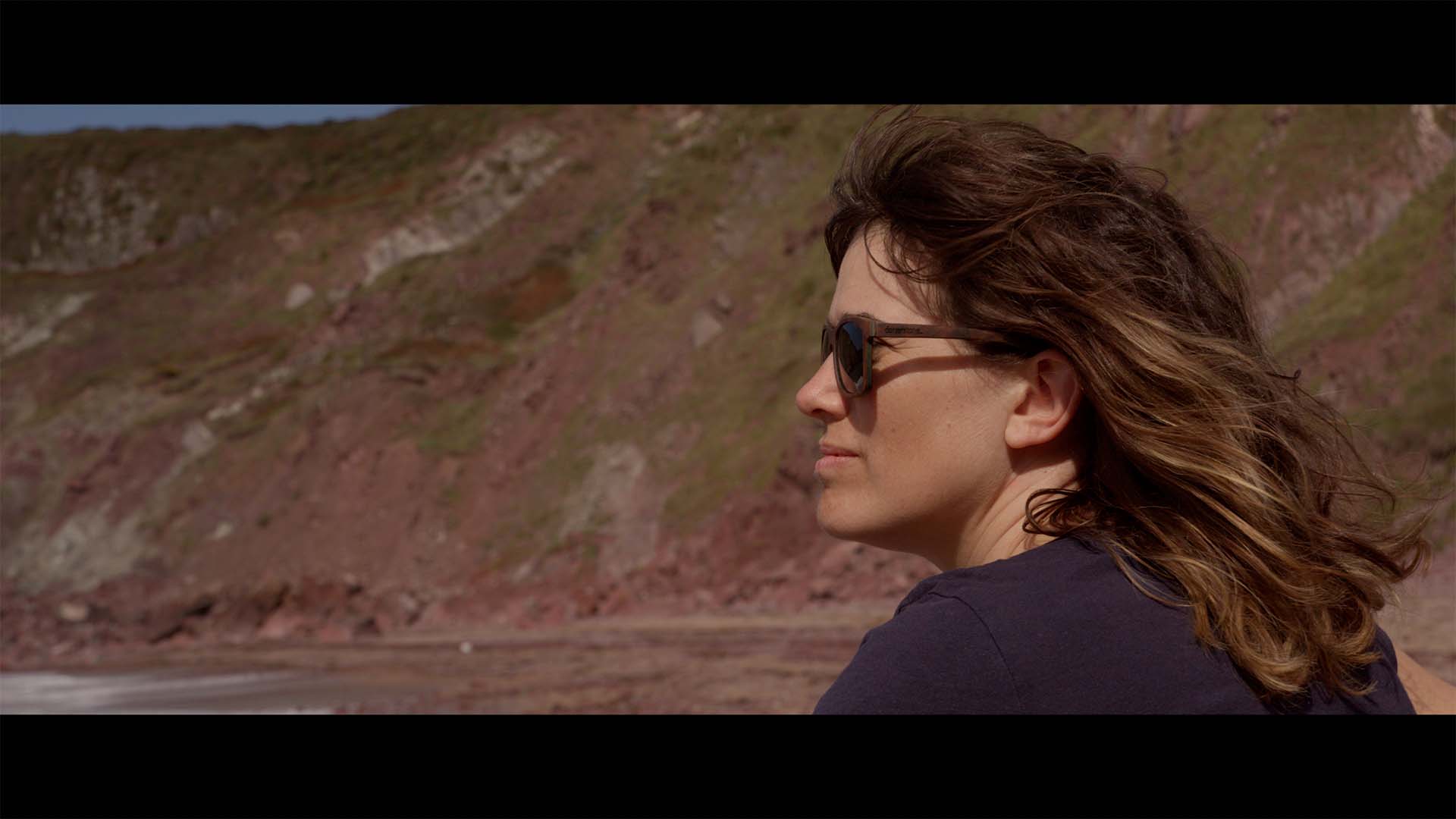 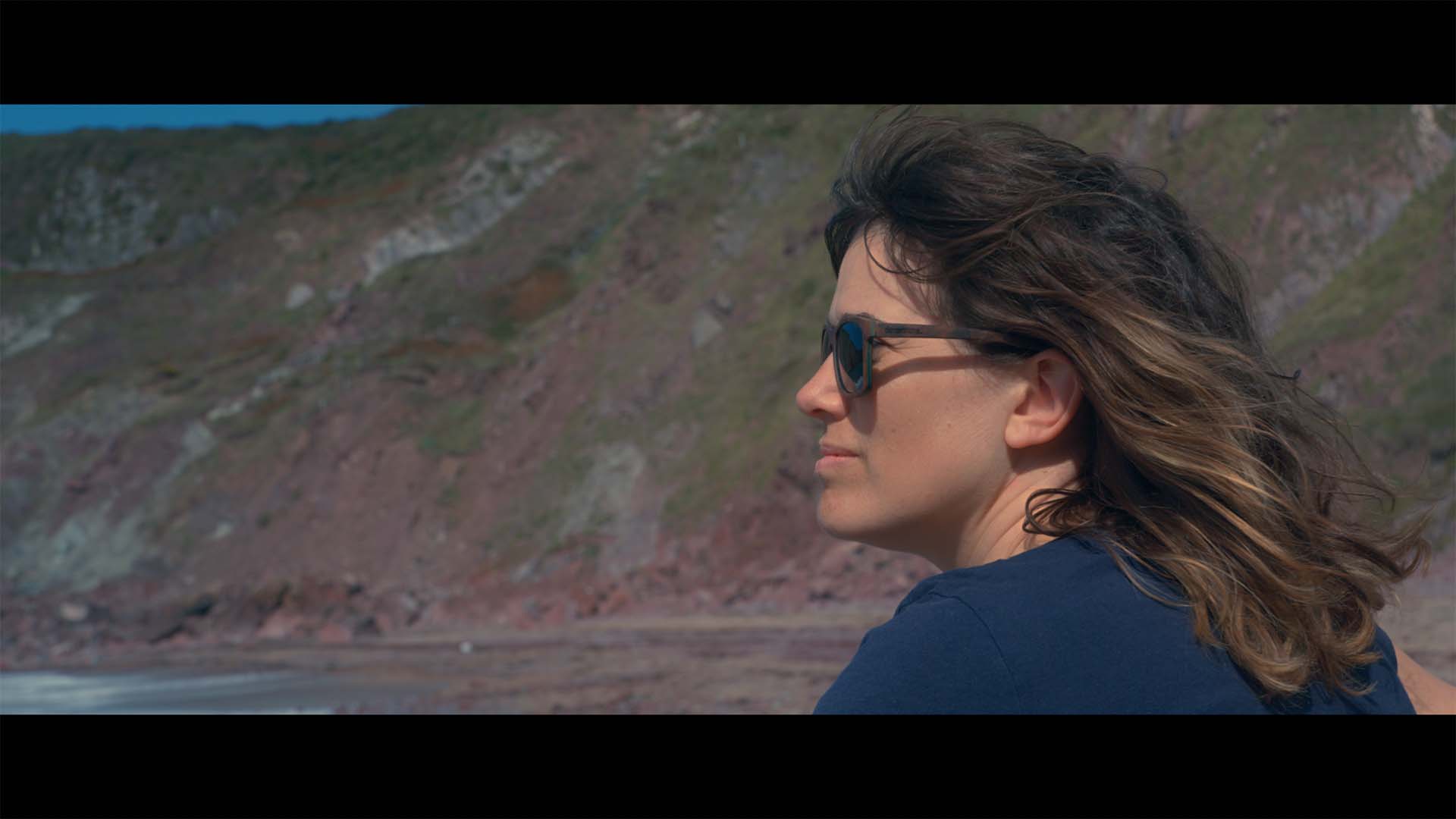 The URSA 12K with grading and film look applied.

Some people cite 'highlight roll off' as a key determiner of why film is more pleasing to look at than digital: Personally, I think this is nonsense, because when you expose a log capable camera properly, you will protect the highlights, and any roll-off style can be decided in grading. I can't say that I've ever watched a film and determined that the reason I like the look of it is because of the way the highlight areas in the clouds behind someone's head looked.

Digital acquisition has a lot of flexibility, perhaps more so than film. Modern cinema cameras can exceed the overall dynamic range of many film stocks; it's just that that range has a different bias. For example, if you protect the highlights with digital, the shadows can generally take care of themselves within reason. This is in contrast to negative film, which typically has a lot of headroom in the highlights, so you can afford to bias things towards protecting the shadows. Highlight roll-off style can be taken care of in post. 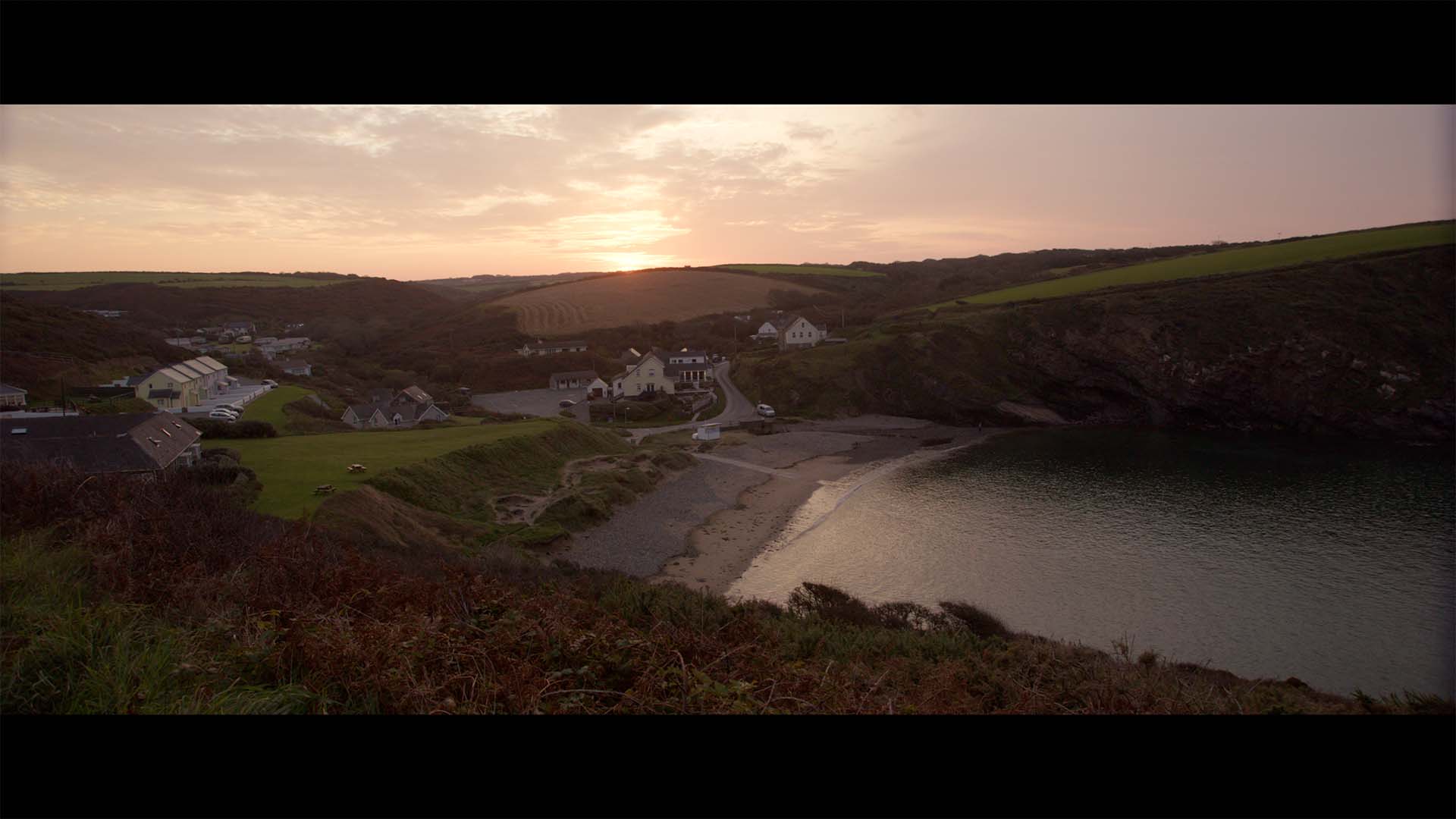 A difficult to grade sunrise shot straight out of the URSA 12K. 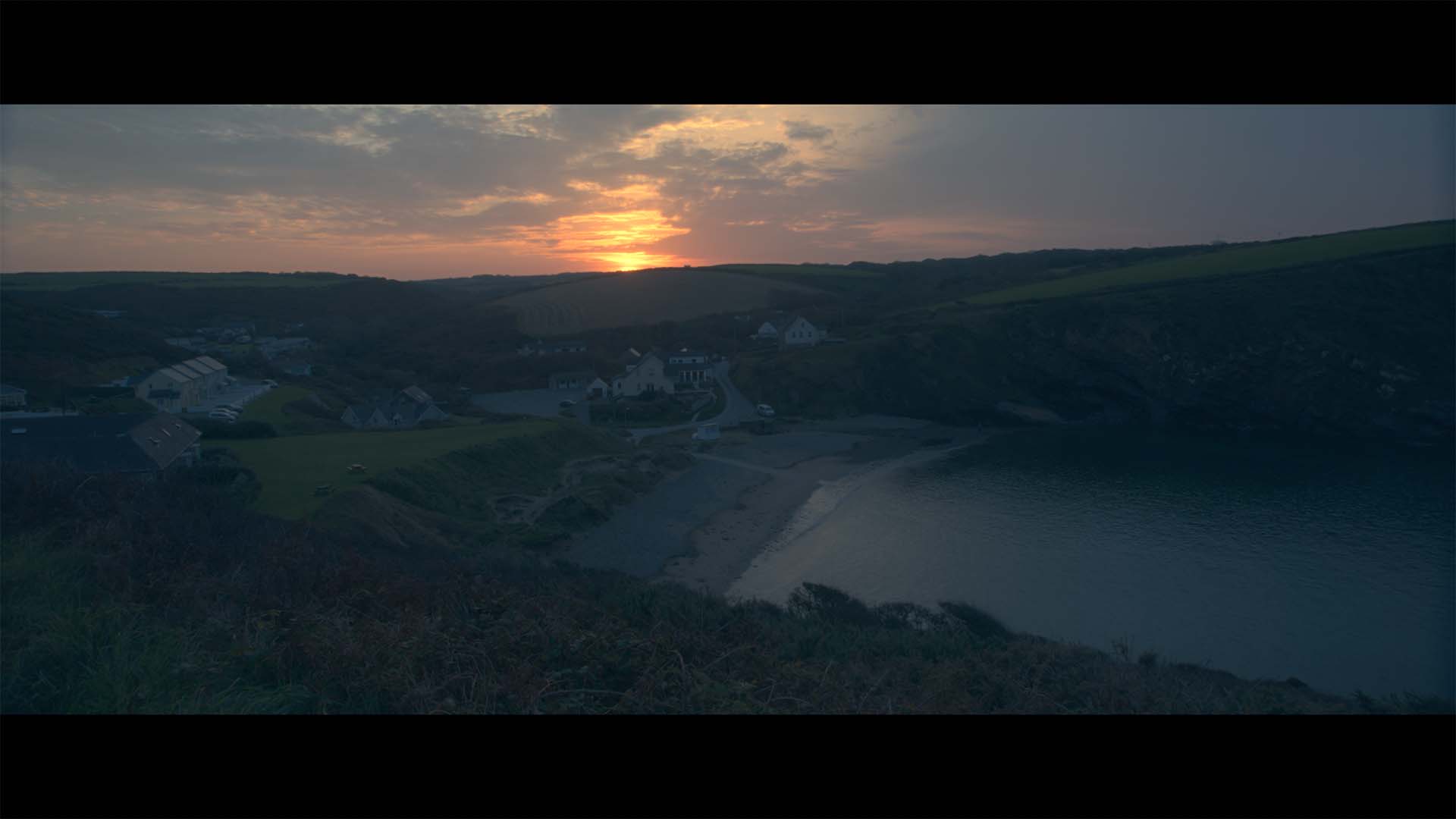 The same sunrise graded (foreground purposefully kept at a realistic light level). This was much more akin to how it appeared in reality. 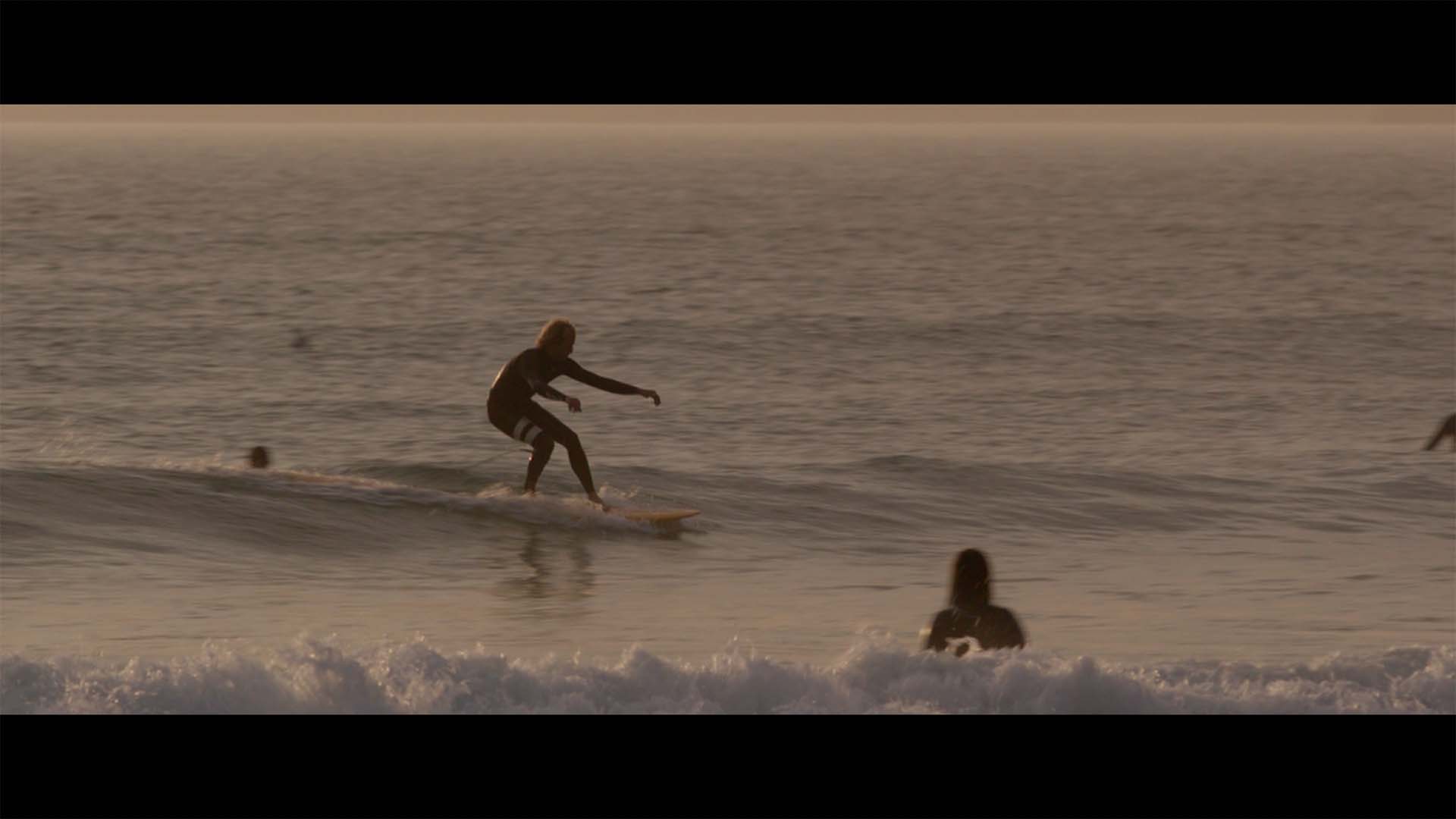 An ungraded surf shot from the URSA Mini Pro 12K. 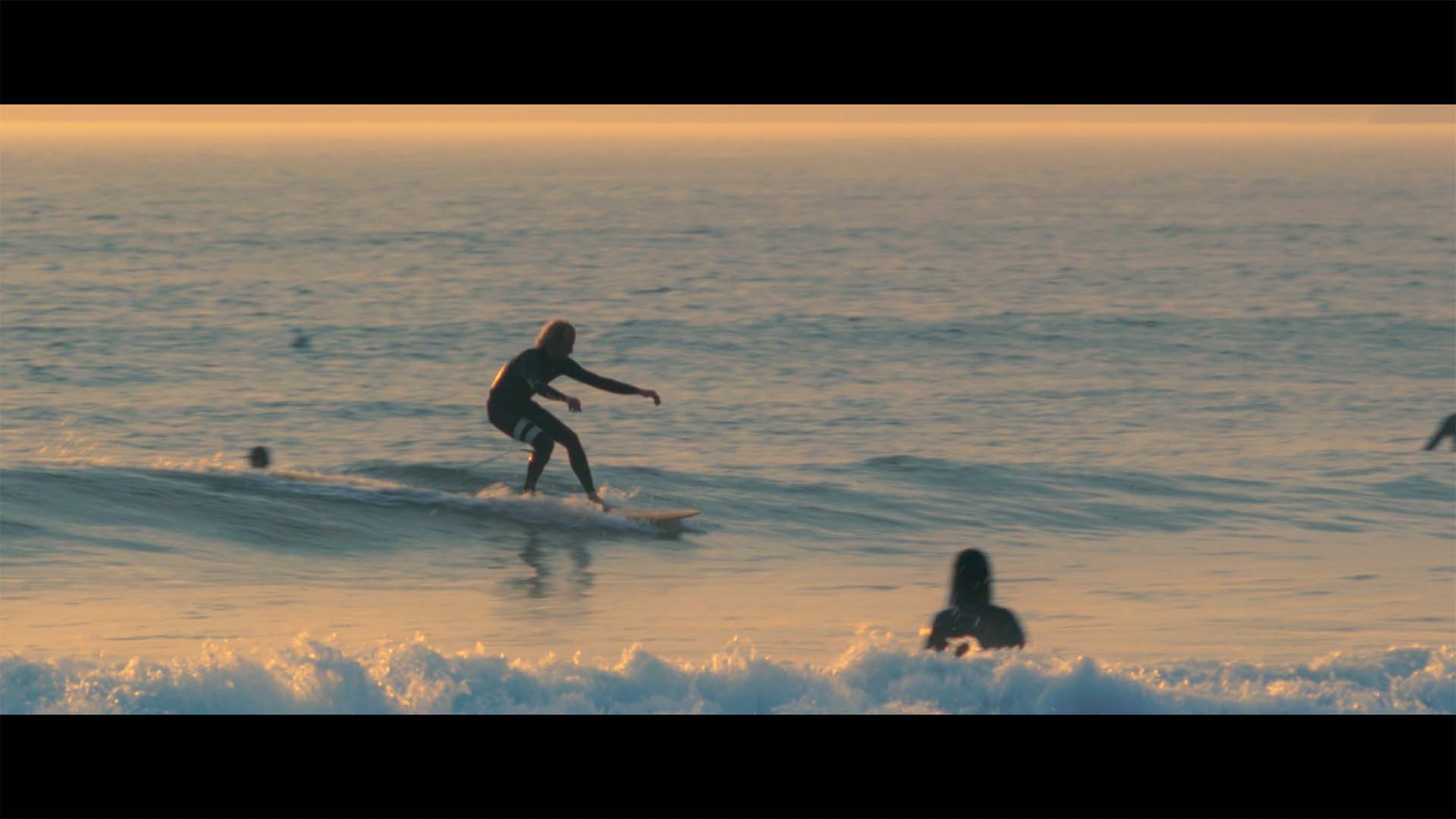 I've recently revisited FilmConvert Nitrate as well as the built in film simulations within Resolve, and I've been finding it fascinating how much there is to do with regard to grading nodes and effects to attempt to gain any sort of accurate simulation. I say "accurate simulation" sparingly, simply because I know someone in the comments will tell me these images look nothing like film! However, in an attempt to get some semblance of accuracy, simply adding a colour simulation and grain doesn't cut it because there are many more nuances at play. I've recently been filming a review for the Zhiyun Crane M3, and because the only device I own that I can balance on it is my iPhone, I've been using film simulation methods to take the edge off the very harsh, overly sharp video image it produces. Apple doesn't allow developers, such as the makers of FiLMiC Pro, to dial down the digital sharpness, so it has to be done in post. 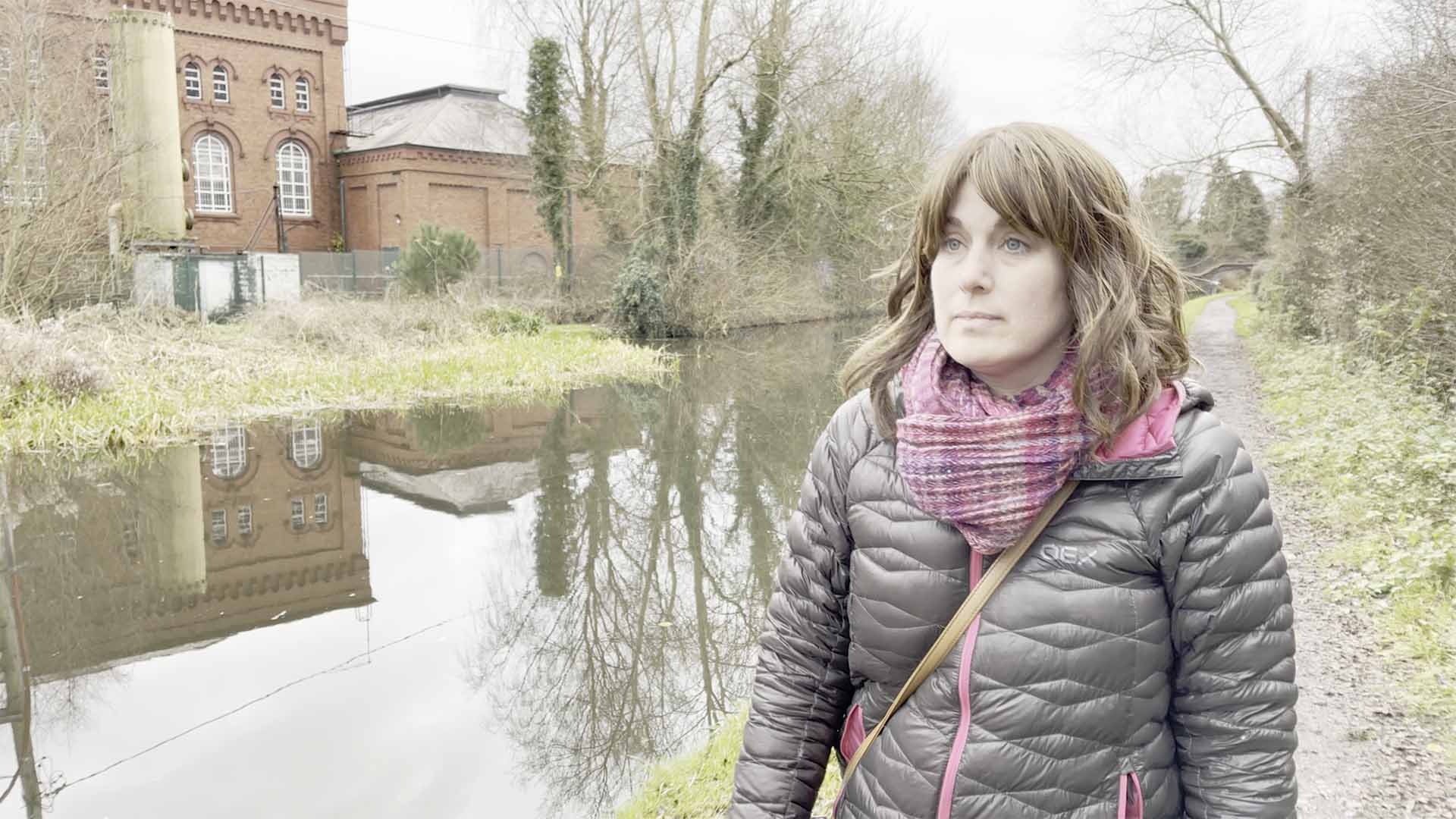 The FiLMiC Pro Log V3 image straight out of the iPhone. 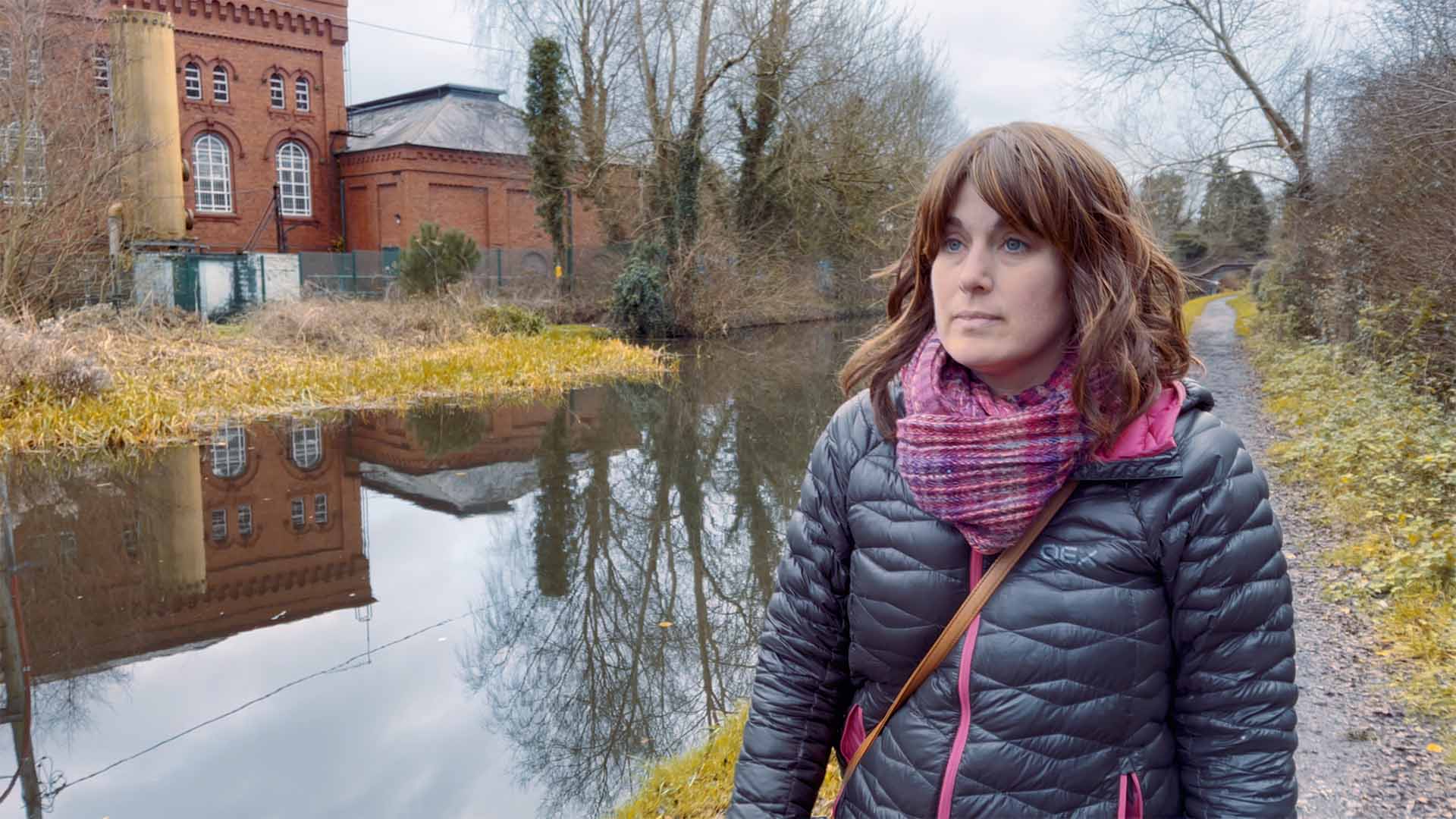 CineMatch converting to BMD Film Gen 5, followed by several effects nodes, and FilmConvert Nitrate applied (although I also experimented with Resolve's own film colour simulations to good effect). Could I have got a similar effect without CineMatch and FilmConvert? It might be possible, but it would take a lot more work.

Film has imperfections that you rarely find in digital cameras unless you put a filter on. For example, film stock has an effect called halation, which generally appears around high contrasting edges near bright highlights. Technically it's an unwanted flaw caused by light reflecting within the film emulsion layers, causing unwanted exposure. Thus film manufacturers often went to great lengths to reduce the artefact, including adding anti-halation layers. Technically, it may be an unwanted flaw, but it creates a lovely coloured glow to proceedings. Bright, specular highlights look much more pleasing to the eye with halation present, taking the edge off the harshness found in digital imagery. And no, it can't be simulated with a Black Pro-Mist or other diffuser. Halation is something different altogether. For a fuller explanation of the effect, it's worth reading this blog by the people behind Dehancer.

Halation is one of those effects that you might overlook, but it is there, and if you attempt to make a close emulation in the digital realm and turn it on and off, the difference is noticeable.

Like most people who have been shooting for a similar amount of time to me, or much longer, trying to emulate film in the digital realm was just a period we went through. As cameras improved, I began to accept different manufacturers colour science for what it was. I adjusted it in post for a pleasing look, without a mind to emulate film.

However, now I am returning to the positive aspects of the film look and its various nuances. For me, achieving the film look now isn't so much about fooling people that my footage was shot on film (as if it ever fooled anyone) as it is about taking some of the more pleasing nuances of film and its colour and adding them to the digital realm. In other words, taking the 'essences' of organic image acquisition and using them to give the digital image a bit more 'personality'.

A frame from the HERO10 using the Natural colour profile. 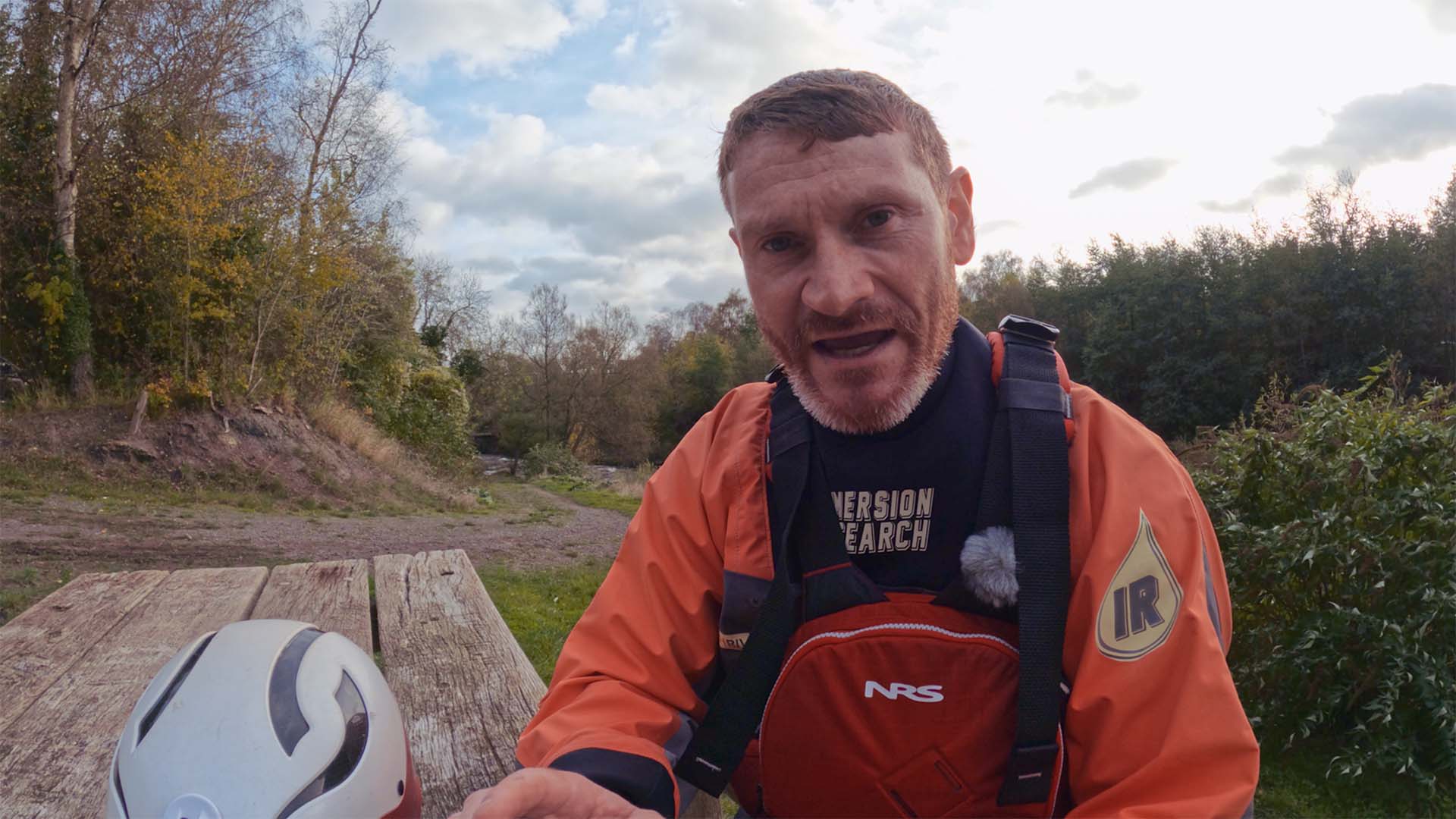 Subtle differences. CineMatch used once again, various nodes including one for halation (not easy to see in this reduced image) and FilmConvert Nitrate applied. And yes, before you say anything, I know the GoPro has harshly clipped those highlights. I don't need telling in the comments!

Aiming for this is now a style choice. Even if you are not seeking any type of film reproduction, and instead you're creating a creative look from scratch, taking some of the more subtle nuances and imperfections of film and adding them in can help give the image a final touch. A slight imperfection that prevents things from looking too clinical, unless that is the look you are after.

This isn't a debate about whether film is better than digital or vice versa. Instead, I suppose it's like the video grading version of musicians who are now using vintage microphones to add character to their digital recordings. We can take various nuances to help enhance imagery without making it a complete pastiche. In short, the film look endures because it has many pleasing positive traits that we just don't get in the digital world without adding them in later. It just looks... nice.