When is software subscription good, and when is it not so good? 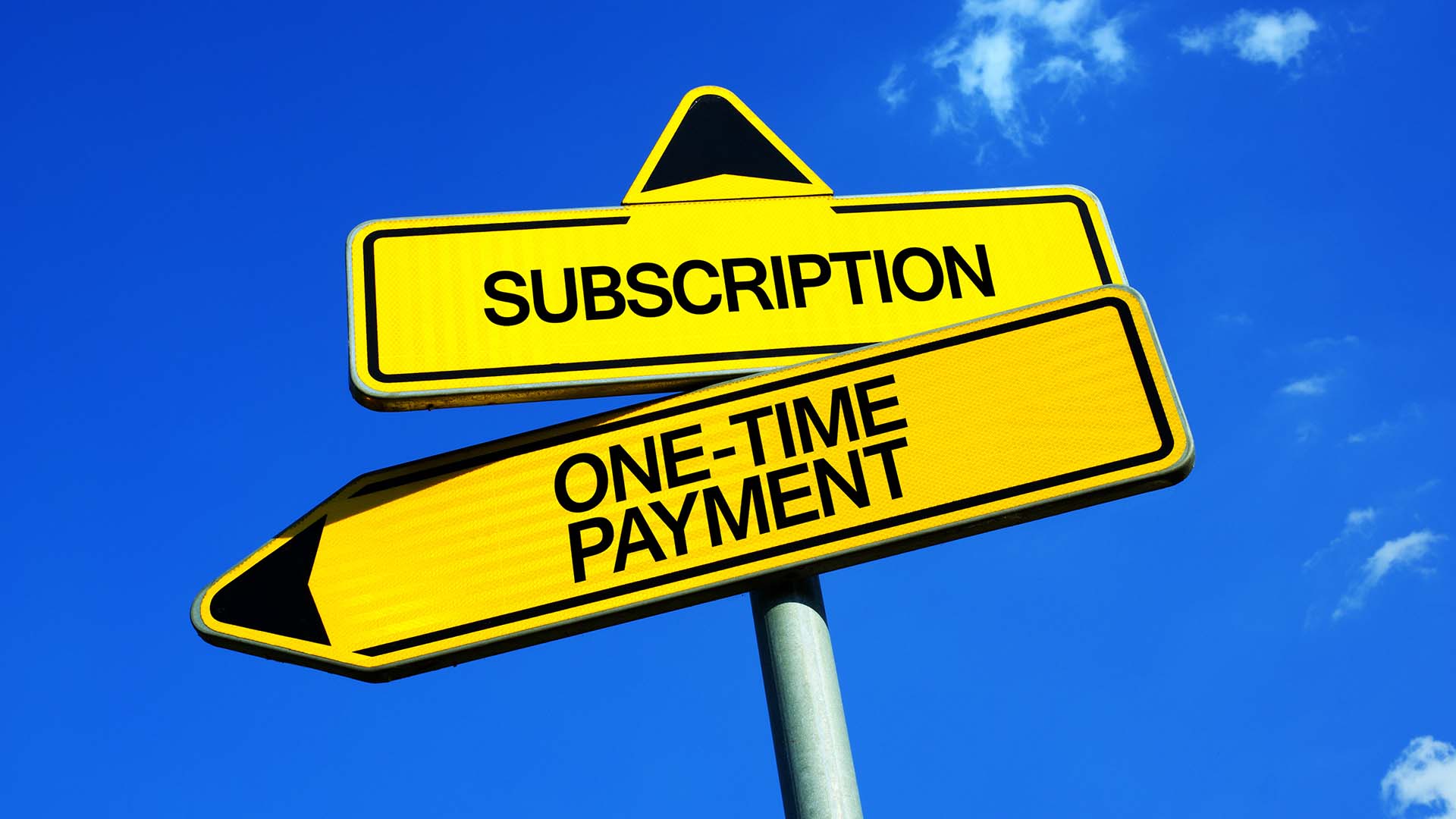 Software subscription is a topic that comes up quite often and divides opinion. When does it offer advantages to the user, and when would an outright purchase be more practical?

A lot of things which were once expensive boxes of electronics are now computer programs, and the people who make those computer programs are incresingly preferring to license them on a monthly basis. This is an issue which has recently provoked a certain amount of concern in the comments section of at least one article, so it seemed worth looking at more closely.

We’ll avoid mentioning any specific company here, for fairness’ sake, but the field breaks down into two broad categories and that’s mainly by price and terms. There’s full-featured, very competent software in the field of media production for which the publishers might charge the price of a decent restaurant meal for updates until a certain version, which might in practice be a year’s worth of new code. Whether that’s software rental or not depends on your definition of rental, but when things are that inexpensive it’s very hard to object.

The alternative approach, where fees are generally higher and often monthly, is often just as warmly received among people on a budget, particularly students or startups. At least some software houses have set fees at a level which, again, feels like an extra phone bill every month, something that’s much more affordable than a four-figure outright purchase. Self-employed individuals on a budget might like that very much. Businesses which may need to expand the team temporarily during big projects also tend to be fans of this approach. No chief financial officer has ever objected to a marked reduction in capital expenditure.

For longer-term users, though, things can look different. A rough calculation of the overall cost of licensing software, perhaps compared to a previous perpetual licensing model, sometimes shows that rental is at least as expensive as perpetual licensing in the long term. That’s easy to miss in a world where expensive things are commonly bought on credit; in some places the cost of a car per month is discussed much more readily than the cost of that car overall. Needless to say, that’s not a particularly healthy attitude to buying anything, let alone expensive computer programs, and has arguably contributed to the crisis of personal debt that plagues western economies. Either way, given the rental model does not provide indefinite access to even an older version of the software, it is difficult to avoid the reality that it is a far poorer deal even if it is the same price per month.

With that in mind, there’s also a point of principle at stake. Under perpetual licensing a user can evaluate a new version and decide whether the updates make it worth purchasing. It’s not uncommon for even advanced users to skip alternate versions of big-ticket software, particularly in fields where that software has been developed for decades and is now mature, or is only developing slowly. Under rental, users are have no choice but to purchase every update, regardless of whether it’s useful or not. We’ll avoid an in-depth discussion of capitalist principle here, but the idea of incentivising people to do useful work in exchange for money is hardly controversial. At the very least, software rental significantly degrades that incentive.

There’s nothing intrinsically wrong with offering a rental model for people who need software short -term, and some publishers have make it available alongside perpetual licensing. In the main, though, when we’re talking about complex software which requires a significant investment of time and effort, education and expensive formal training, on which someone’s portfolio, experience and thus employability may depend, software rental can feel uncomfortably like being held hostage.