Replay: What exactly is Run & Gun? 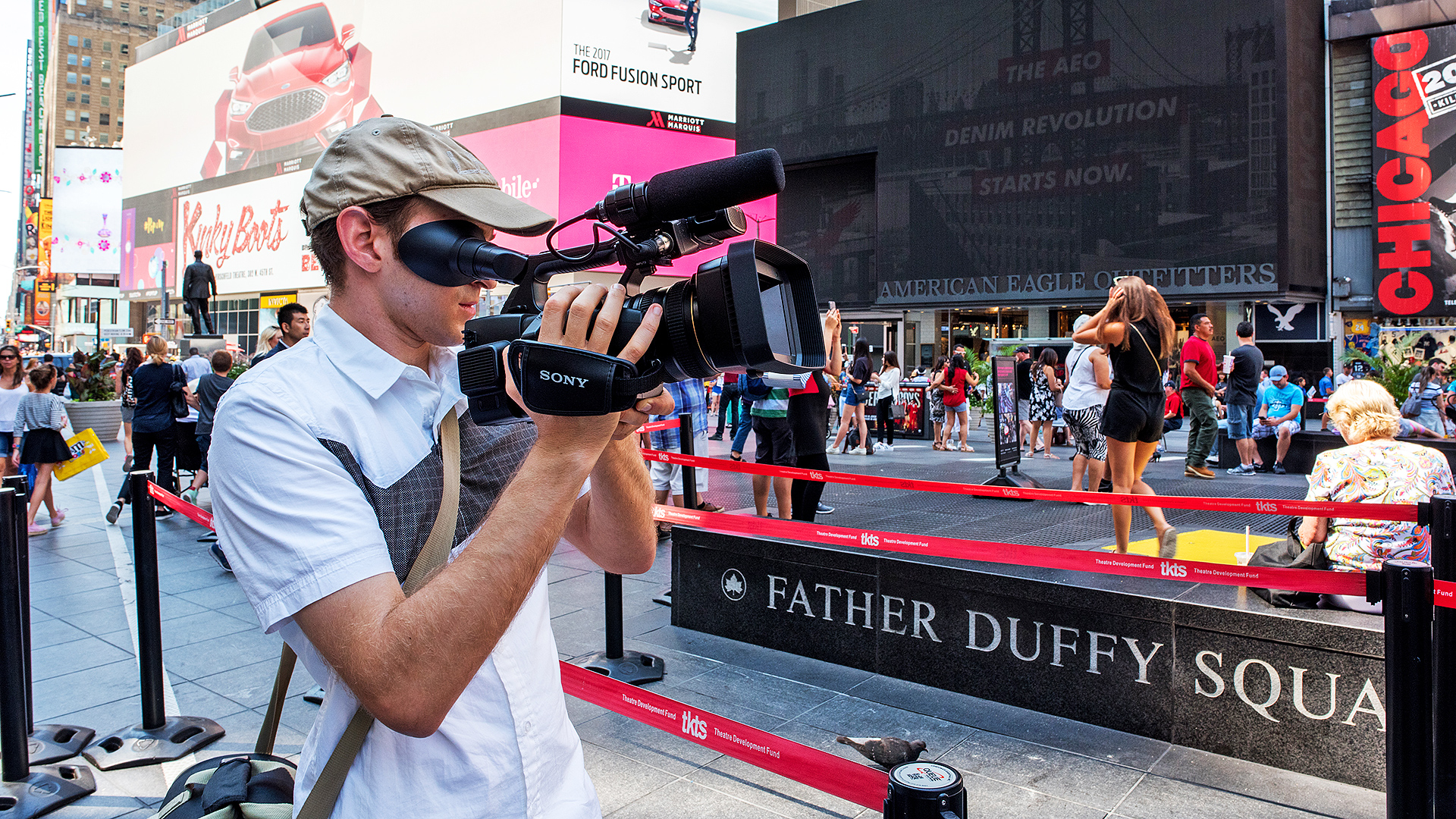 Run & Gun seems like a simple term, but the debate around what it is has ruffled some feathers recently.

I’ve made a career out of run & gun, and in some ways it’s all I know. But it's a widely debated topic without a clear definition of what it actually is. With an open mind, I’d like to deconstruct it, so we may have a clearer understanding. Recently I stumbled upon a post in a group where the usual question arose as to “what camera would be best for my Run & Gun scenarios”.

It’s always those sorts of innocent questions that result in a knife fight! The question in particular was whether a GH5 or a Z Cam E2 would be better suited for the poster’s sports content. While I own the GH5, GH5S, and Z Cam E2C, I must agree under normal circumstances a GH5 would be best suited if we are talking about a “barebones” run & gun scenario in a variety of situations. The keyword being “barebones” in that sentence... more on that later! Though, this conversation is not about what’s best suited, but rather about what run & gun actually is?

Owning all three cameras, I truly have no bias towards one camera, and treat all cameras like the box of switches they are. A gentlemen in the comments section went on to state that the Z Cam E2 lineup is not capable of run & gun, and should only be left to a studio work. That’s where the fun began because it unleashed a flurry of comments.

This in turn morphed into a philosophical debate as to what constitutes run & gun. That is because I actually use the Z Cam E2C in a very fast paced environment for run & gun sports content chasing Crossfit athletes. The only difference is, my Z Cam is rigged living permanently inside a gimbal’s cradle. I can literally grab it, and go.

Now I understand the counter argument that a camera that is small, compact, and discrete, and is the most flexible in a range of situations is most likely to win the crown in contentious fight of run & gun. But that is just the argument as to what serves us best in a situation... we are still left with the question as to what actually defines run & gun. So if equipment selection is a subjective experience, and yet we can achieve run & gun with a multitude of cameras, we cannot rely on this criteria to define our expectations.

So what if a user is using a less than ideal camera (subjective!) to acquire content in a fast moving, and unpolished manner? That would in fact still constitute as run & gun because the end results are just the same... correct? Which brings me to the very point I’d like to illustrate to you today. Gear by its very definition is not an indicator of run & gun capability  Equipment is selected and defined by the user preference, and situation.

While some selections may be impractical (in the eye of the beholder), one could theoretically run & gun with an ENG style camera, much like news reporters have been doing for ages before the advent of cellphones. That execution, and content is not stripped of its run & gun merits simply because lighter weight, more compact cameras have come into existence, right?

This is because ... run & gun is a technique. It is employed by those who are on a tight time schedule, with a limited preparation, and limited resources. It is defined by individuals that are at times physically running, and pointing their camera in a general direction with little regard for the finer details in a scene. This isn’t to be confused with documentary film making, which would be documenting actions, occurrences, or events at times without the direct guidance, or interference of the observer (cameraman). Documentary filmmaking and run & gun can be employed together, and are often synonymous with one another, but they are not mutually exclusive. You can have one without the other, and they can live independent of each other based on the situation.

The sports content shot as the action was unfolding, without multiple takes, in a limited window of time in an ever changing environment while physically running.

I went on to share two pieces of work, to which an individual disputed the definition of my work to be run & gun. I then had a friend of mine dispute the very same concept because my camera is rigged, and not capable of being used in a travel environment (eye roll). Both arguments are based on gear, and personal situation, not technique. The gym content, while the opening and closing are loosely staged, the workout movements are very much run & gun (even in the physical sense of sprinting).

I choose right then and there in the moment as to how I want to move the camera as the action is unfolding. Seldom do I have the opportunity to coach the athlete on her form, number of reps, and I do not have the opportunity to do retakes because the number of workouts we have to complete in a single shoot is staggering. So I am given a very limited window in a fast moving, physically demanding environment without prep, no script, no context as to how these movements will translate or unfold ahead of time. I am physically running after the subject matter, pointing my camera in a general direction, hoping I’m obtaining the image I’m after. I only truly know what I have when I’m in the editing bay. This is the very nature of what run & gun is.

The same rig, employing the same exact techniques, in a limited amount of time as the action was unfolding without preparation, or retakes.

So the criteria of run & gun does not need to be met by a standard of subjective equipment, or the confinements of documentary work. Rather the idea of run & gun is that you’re moving at a brisk pace, in a limited window, without the ability to construct in great detail, polish, stage, or perform multiple retakes of the shots you’re trying to acquire. In essence you are doing exactly as the name suggests. Running and gunning.

Your equipment must suit your needs, you must be able to grab it and go. Sometimes a barebones camera might better suit your needs. While some selections may be impractical from one person to the next, it is ultimately the technique that defines this type of shooting. So there we have it, a super simple, clear definition of what run & gun is straight from the mouth of someone who has been literally running around like crazy for the past 20 years. It’d be so nice to have a laid back shoot for once....