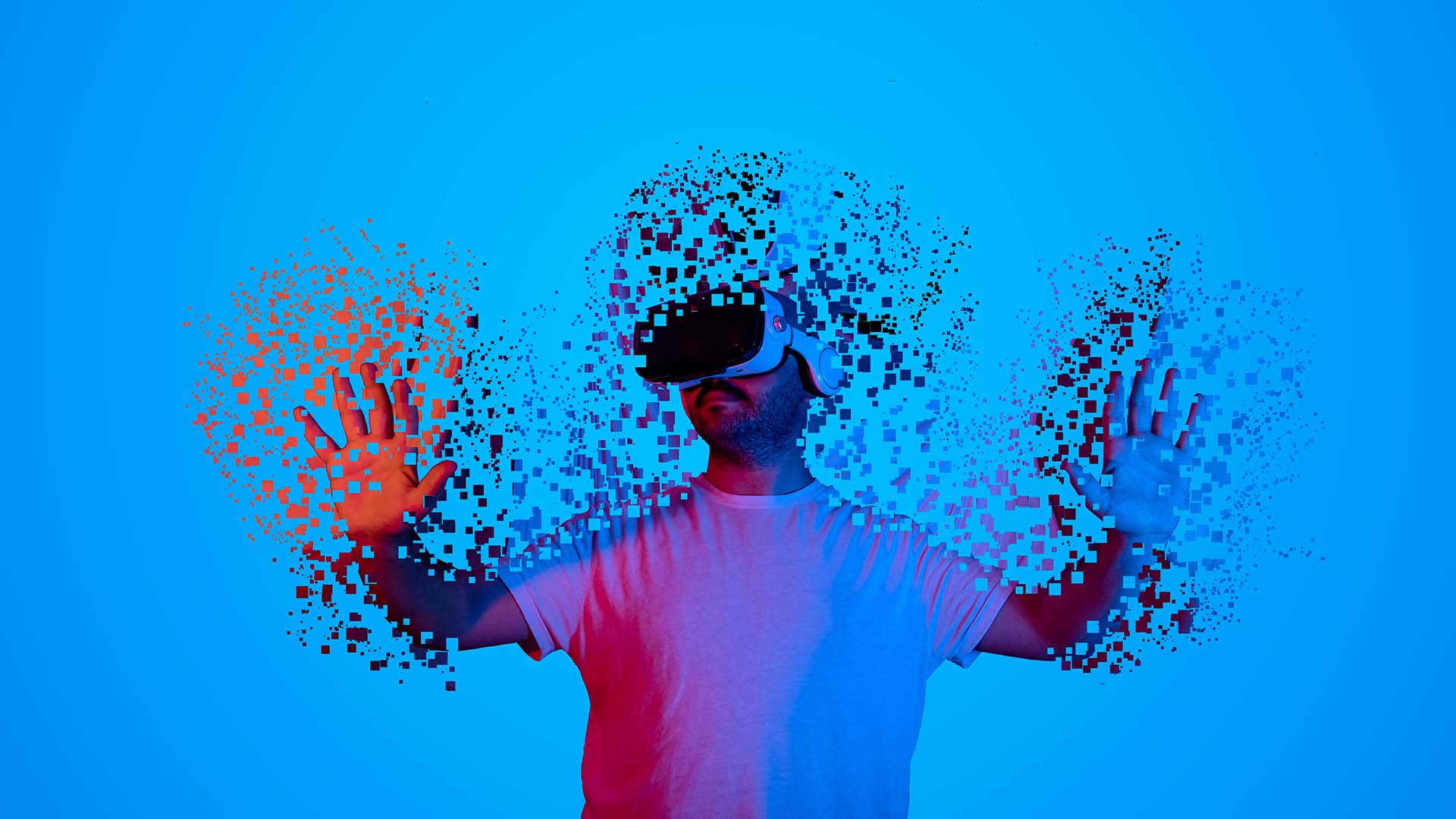 Does the metaverse mean that filmmakers will be out of a job?

Filmmakers must be asking themselves whether they'll be needed when we all live in the metaverse. Will the unstoppable force of change mean that talented film professionals will be replaced by data and the dynamics of a computer game? Will DPs watch passively as a games engine paints pictures of a world beyond the scope of traditional film sets?

I don't think so. People who create and capture images will be more in demand than ever. If there is a threat, it's from AI, not from the metaverse specifically.
There may be a time when we upload ourselves to the metaverse. When "consciousness" becomes another cloud service. If that happens, I don't think we'll need cameras anymore. But even in my own wild and untamed imagination, that's a long way off.

Before we get much further, it's essential to understand why some things that seem unlikely will happen sooner than we think, and some will take a lot longer (where "longer" might mean "almost never").

We're all quite used to the idea of technology speeding up. It often does this exponentially, which means that it gets faster or more potent in a way that is more accurately predicted by multiplication than addition. That's the difference between accelerating and merely growing. Put another way: it's about the rate of change and not simply change itself.

Very often, we can see where technology trends are leading. When these trends pass significant thresholds or converge in a meaningful way, it suddenly becomes possible to do things that seemed a long way out of reach before. Anyone who remembers the early days of video streaming should, on reflection, be amazed at the ease with which we routinely watch 4K streamed movies on a 65" screen in our living rooms. We are only able to do this because of exponential progress. Watching trends is what allowed Apple to make a smartphone in 2007 that was years ahead of its competitors.

But some things, like achieving human-level general intelligence or uploading our conscious selves to cloud storage, seem a distant possibility even with the current rate of progress. It's easy to see why: we don't know how to do it; we really don't.
Human-level general intelligence is probably going to require some sort of consciousness. But we don't know how to make consciousness. It's hard enough even to define it.

So, for some time into the future, while the metaverse is likely to be an impressive technological tour-de-force, it will be primarily based on technology that we do understand now. And that means someone has to create the images, because they're not going to be coming directly from someone's mind - at least, not yet.

The metaverse is about people

Modern computer games are visually impressive. While I'm not a big fan of gaming as an activity, I am incredibly impressed with the technology, which is now creeping into cinema production. You might think that if that's the case, we're at the start of a slippery slope, the thin end of a wedge or whatever alarming metaphor you think fits here. But there are many reasons for filmmakers to feel optimistic. So let's go through some here.

While a games engine can make a lot of scenery, objects, and action, the metaverse will still require high-quality content directed by a human to be satisfying and relatable. For example, the sheer amount of work needed to generate high-quality digital worlds will need filmmakers' creative talents, even if they're not shooting films. Many of these skills are transferrable. For example, when big advertising agencies want to create breathtaking metaverse experiences, who do they turn to first? Filmmakers. This is already happening. Fundamentally, for metaverse experiences to seem real, they have to be based on real things.

And if you're going to base your metaverse programming on a film-like metaphor, you're going to need filmmaking skills like lighting, editing and directing. The entire spectrum of talents will be crucial to making the metaverse credible and enjoyable. If we stop shooting live-action, we're going to miss those beautiful, unexpected moments that nobody plans, that only get captured on film because there is live capturing (as opposed to fabricating or synthesising) taking place.

You can forgive lay people for having only a basic idea of the metaverse. It's technical and highly abstract. Most people quote what they read in the papers - so what could possibly go wrong?

The metaverse is mischaracterised

One commonly held view is that we will reach a stage where we simply step into the metaverse, never to be seen again. That is a complete mischaracterisation of the nature of the metaverse. What's far more likely is that we will move freely between reality and the metaverse in gradual and tiny steps, and we will still be in our conventional, familiar reality most of the time. We will still watch TV, and we'll probably go to some form of cinema. We will no more "live inside" the metaverse than we will live inside our TVs. We may sometimes find metaverse experiences more immersive than watching a film, but so is bungee jumping.

Meanwhile, most metaverse activity will take place away from the entertainment arena - in retail, commerce, medicine, engineering, scientific research, manufacturing, and sports analysis.

Finally, every screen - even an old fashioned OLED 4K TV - is a window into the metaverse. So if we're going to watch films in the new 3D, interconnected universe, we're probably going to watch them on a virtual screen, in 2D.