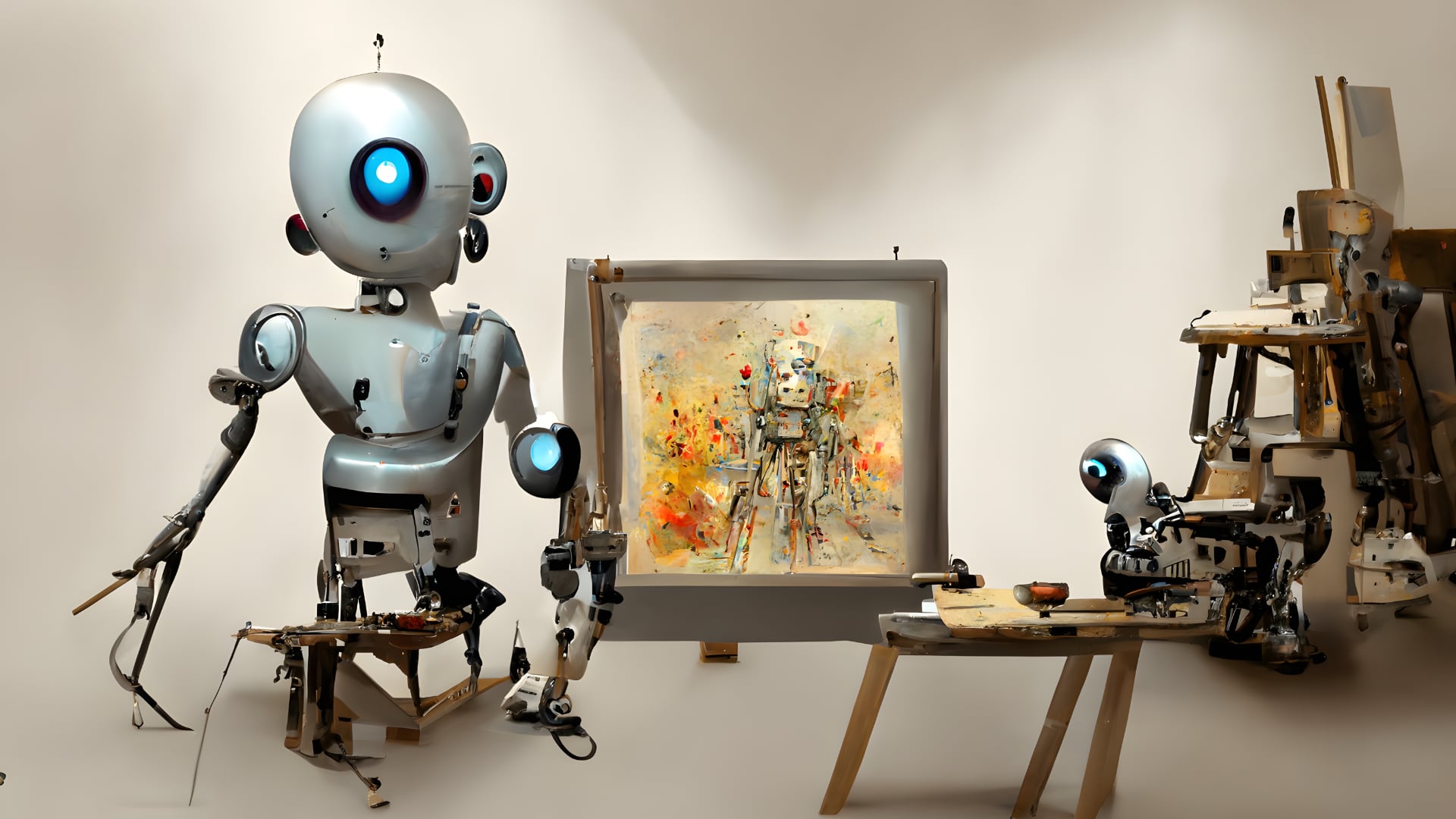 4 minute read
By way of an illustration, a neural network image generated by a human artist and monetised through Shutterstock

David Shapton on why we can't ignore AI anymore and how, without active management, AI will be a threat to artists and creators not an opportunity.

If you've read my columns for the last ten years, you'll know I'm the opposite of a Luddite. I embrace new technology because I see it as a means to change the world for good. But whatever new tools technology brings us, it's how we use them that will determine their net effect on the level of happiness and well-being in our society.

And - to be perfectly clear - I see AI the same way. We're suddenly starting to see AI doing things for us that are supposed to be impossible: not just difficult, but properly impossible.

Like being able to "unmix" a musical recording. Want the dry, isolated lead vocal without the cacophony of the musical accompaniment? There's a web service for that.

Need to extract a person's portrait from a photograph with a distracting or unattractive background? A new version of the iPhone operating system will instantly do that for you, even with animals, objects, and human faces.

Can't read Welsh, Albanian or Icelandic? There's a translation app for that.

Need a background for your film that you're shooting on a virtual set? Just say the words "Mythical world populated by dragons and slightly scary looking tall people with mountains in the background and a spooky castle in the mid-distance", and... there's your background.

Amazing. What a giant leap forward. AI is doing things that shouldn't even be possible. The problem is that it's doing something that artists usually get paid to do. And that, at least, should provoke a reaction from us.

It will raise fundamental questions about who we are and what we can and should do. And it's not as clear-cut as you would think. We have to ask about skill, and not just skill as in expert-level muscle memory, but the talent in assessing a task or project, organising it and delivering a pleasing outcome without being ridiculously expensive (for example).

Let's step back for a minute and look at why this is becoming such an issue.

After several false starts, AI is taking off, and it's happening at a pace that surprises people. The key to understanding this is that word: "surprise". That's because we're accustomed to a world where we can see things coming. So, even though nobody can predict the future, we can identify trends. If you keep up with the news, then the chances are that nothing much will surprise you, especially if it's news about your own field of expertise.

But imagine a world where we can no longer make predictions based on trends. Where not even experts can know what's coming next. That's the stage we're at with AI, and it is a potential problem, as well as being a breathtaking display of technical virtuosity.

It's beginning to feel like we're approaching some sort of Singularity.

That's not likely to happen yet, but we're already starting to experience that the rate of progress is steeper than we can comprehend it to be.

If you take Moore's law in its prime, progress was around 40% per year. Effectively, that's like compound interest. Add that into the mix each year, and you arrive at the sort of progress in computers that we've seen over the last four decades or so. Remember that percentage while I tell you that last year, Nvidia - arguably the leading developer of co-processors for AI -said that AI is developing at the rate of 116% per year. That's enough to give us a million-fold increase in ten years. On top of that, AI is capable of improving itself - it's "intelligent", after all. (But let's not be too picky about the definition of "intelligence" here!).

I remember talking to some digital video engineers at JVC around the start of this century. I was suggesting an approach to video encoding that would be pretty radical. My engineer friends told me that you'd need a thousand-fold increase in technology to do that. It was a figure plucked out of the air but from an informed viewpoint. They meant, "it won't happen in our lifetimes".

But that thousand-fold increase has happened. Except that it's more than a million-fold if you include AI in the mix - and it would be negligent not to.

So, our handy instrument for detecting a Singularity is "surprised experts".

I was surprised by the quality of images from text-to-image programs like Stable Diffusion and by the AI's sheer virtuosity. But what surprised me even more - and I could have used the word "shocked" here - was that, quite spontaneously, friends of friends and colleagues started to use the AI images in places where they would previously have employed an artist or designer. Web pages, backdrops for virtual production, brochures, and probably loads more uses that I haven't heard about yet. It's happening. AI is taking our jobs. OMG!

But this isn't the end of it. Let's not go down the rabbit hole of arguments about sentient machines and AI "wanting" to take over the world. We're not quite there yet. But we have arrived at a critical point where we need to take a deep and measured look at how we manage AI in the creative sphere.

AI can automate tedious processes; it can speed up repetitive tasks. It can match colours in previously unmatched shots. It can up-res and down-res. It can create fantasy backgrounds and photorealistic foregrounds.

So we have to decide: what will our relationship with AI be like? And it won't be easy. With the AI landscape changing so quickly, there is no informed answer. So there isn't a definitive way forward.

But the future for artists and creators is different this year from how it looked last year. We can't ignore AI, or it might end up ignoring us. Or, more likely, our clients will use AI to bypass us.

But AI will never be us. The new techniques appear to be extraordinarily good at identifying the essence of styles and themes. But will they ever be creative? Or can they only be derivative?

There will be more questions than answers. Meanwhile, let's not be Luddites. If we can manage AI, it can do great work. It might become a new and expressive canvas that takes our imagination further than before. Without our input, AI might only ever be a soul-less facsimile of art: devoid of emotion and wonder.

We may not know how it will turn out, but one thing is certain: we can't ignore it.