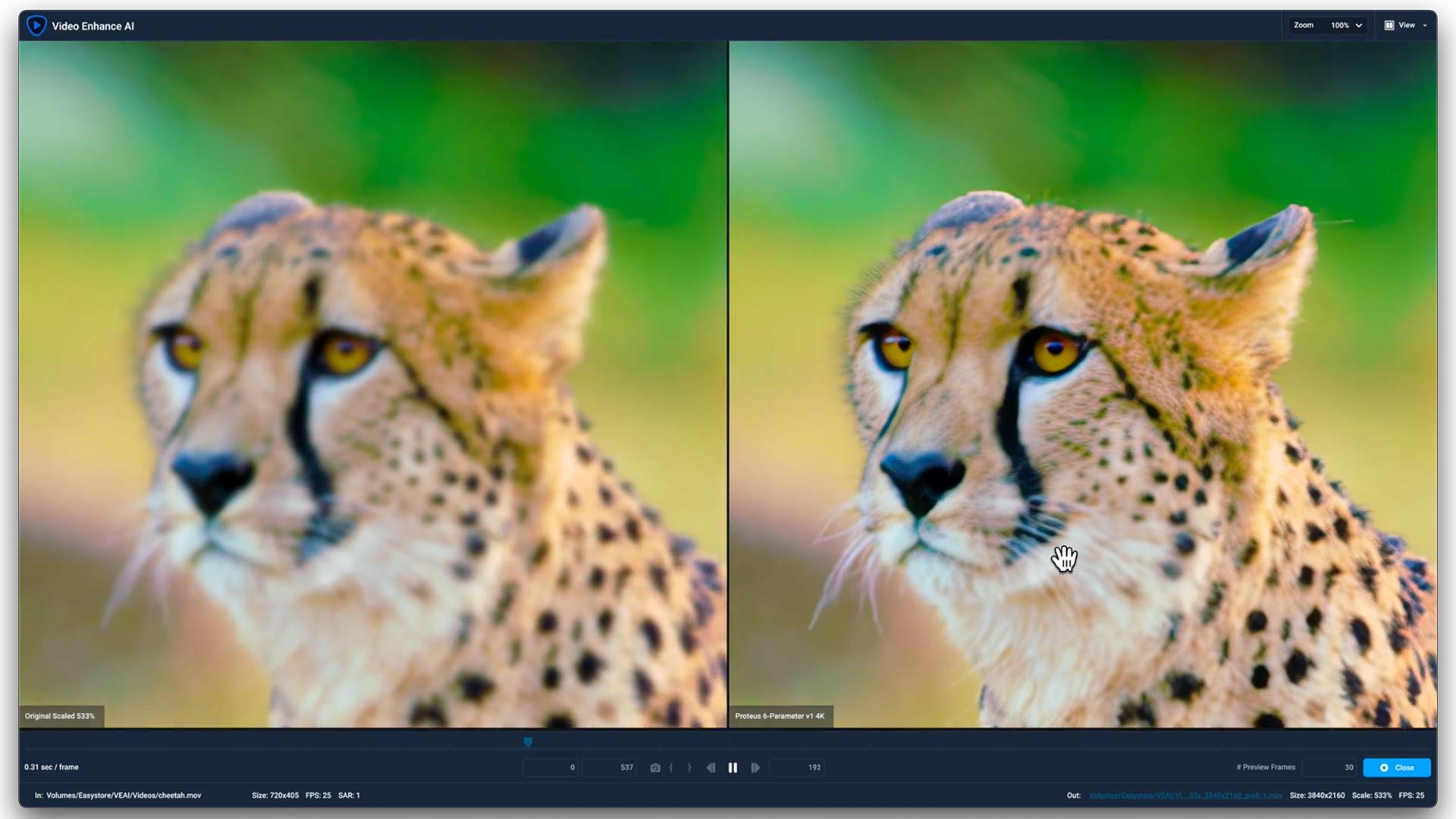 Topaz Video Enhance AI has been updated to version 1.3, and it includes some significant new abilities.

We were surprised at just how good Topaz Video Enhance AI is when we reviewed it a few months back. Far from being snake oil we found that the software was the real deal, breathing genuine new life into old footage. Now the software has been upgraded with two new AI models, new footage preview options, and a brand new preset manager.

The new Chronos model has been developed to enable both the creation of slow motion or to convert between frame rates whilst keeping the video duration the same. The results that Topaz has posted are impressive, exhibiting none of the sorts of warping issues that you often get with Optical Flow style systems. We suspect this is due to the fact that this is an AI/machine learning system at work rather than just a straight frame interpolation system like you’d get traditionally.

PR is one thing, and traditionally a company might use easy footage to showcase such abilities, such as a skateboarder against a plain blue sky to minimise warping. If you are a cynic you might want to check out the demo below and skip to 53 seconds in where a fireworks display is tackled with what looks like apparent ease. Of all things that would be incredibly difficult to process, fireworks would have to be the most difficult. The system doesn't even seem to have been confused by all the fine sparks either. Impressive stuff.

The Proteus AI model is a response to requests for much more control over up-conversion and artefact removal. The new model provides six separate sliders for de-blocking, detail recovery, sharpening, noise reduction, de-haloing, and anti-aliasing/de blurring.

You can either zero off the setting yourself and create everything from scratch or you an clock “auto” and let the system determine the best settings before you fine tune them. This is great because sometimes the AI system determines that you might need some de-haloing for example, when your footage doesn’t really need it. So with the Proteus model you are much more likely to obtain a result that retains detail once you’ve played around with it.

Another new addition is the preset manager, which lets users save common settings and access them easily for future use. These presets can then also be shared with other users.

Lastly there’s a new comparison view. This brings Video Enhance AI in line with the company’s other software. This is a really useful preview tool that lets you try out four different settings and then compare up to four of them side by side, so you can see which one works best.

The Video Enhance AI 2.3 has also received some performance increases, with up to 3x speed increase on M1 based Macs and a 50% performance boost with Nvidia GeForce GTX GPUs.

Existing users can download the update for free, while the software costs US$299, although it is currently on offer for US$239 until 16th July.