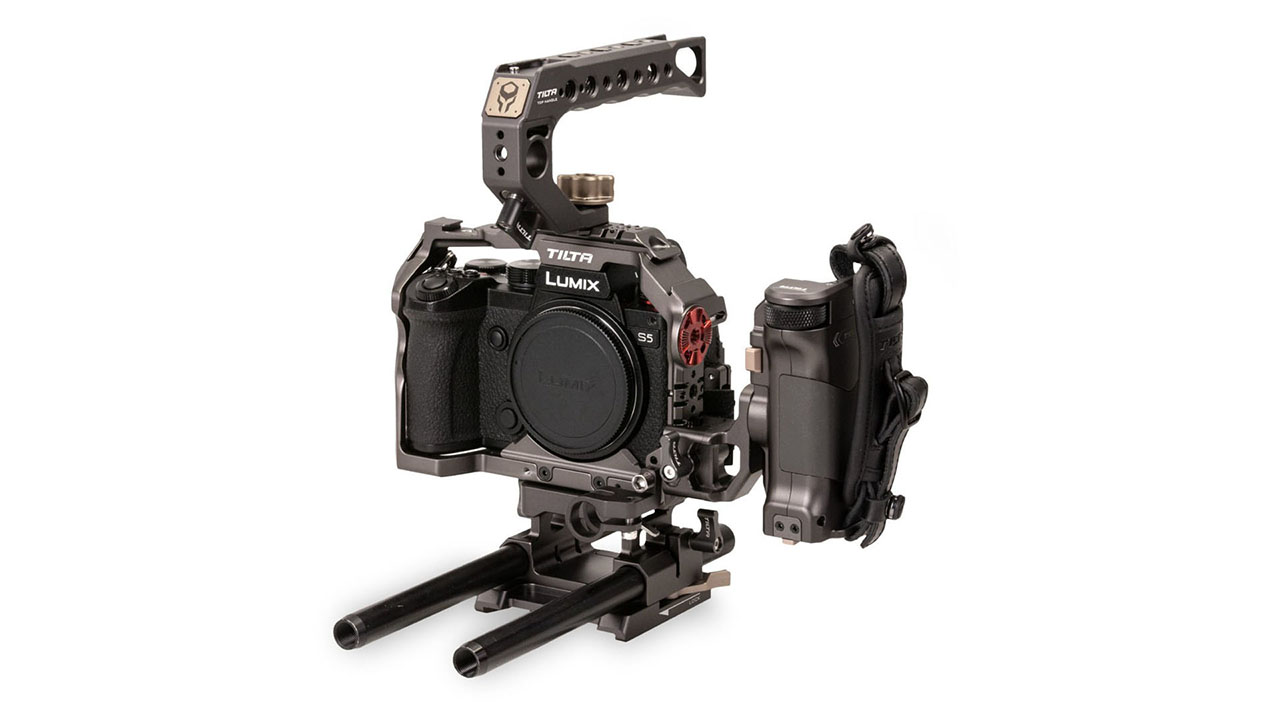 Here's more news you might have missed, including some new cages from Tilta and Technicolor LUTs for the Sony VENICE.

Two new cages and accessories have been announced from Tilta for the Panasonic S5 and BGH1 cameras. The S5 is a hybrid, full-frame mirrorless camera that is part of the LUMIX S series. It has a 24.2 megapixel sensor that can shoot up to 4Kp60, has 14 stops of dynamic range, 10-bit internal recording, and many more features.

Tilta's new cage for the S5 allows for a variety of accessories to be added, with several 1/4"-20 and 3/8"-16 threaded holes. The top includes a NATO rail and cold shoe mounts, an optional rotatable top handle, EF/PL mount lens adapter (also optional), and many other accessories.

You can purchase the cage and accessories separately, or get the Tiltaing Panasonic S5 Kit A for $149 USD. You can really build out the S5 into a cinema style camera with matte box, rails, follow focus, and much more. 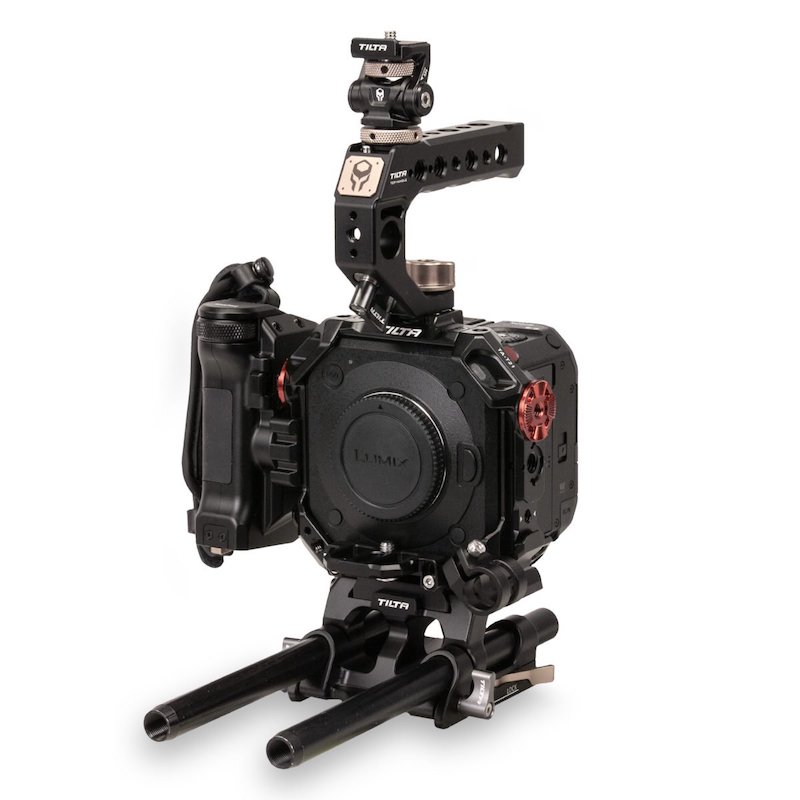 The Panasonic BGH1 with the new Tilta cage. Image: Tilta.

The Panasonic LUMIX BGH1 M4/3 is a true modular 4K cinema camera along the lines of the RED KOMODO. You'll need to add just about everything to be able to film, and that includes a good cage and accessories.

Tilta has not only a cage for accessories to be added, but a variety of kits to really turn the BGH1 into a functioning cinema or traditional camera. The cage is similar to the one for the S5, with multiple 1/4"-20 and 3/8"-16 threaded holes, NATO slots on both sides, and many other accessories.

Take a look at the cage, all the available accessories, and kits on Tilta's BGH1 page. 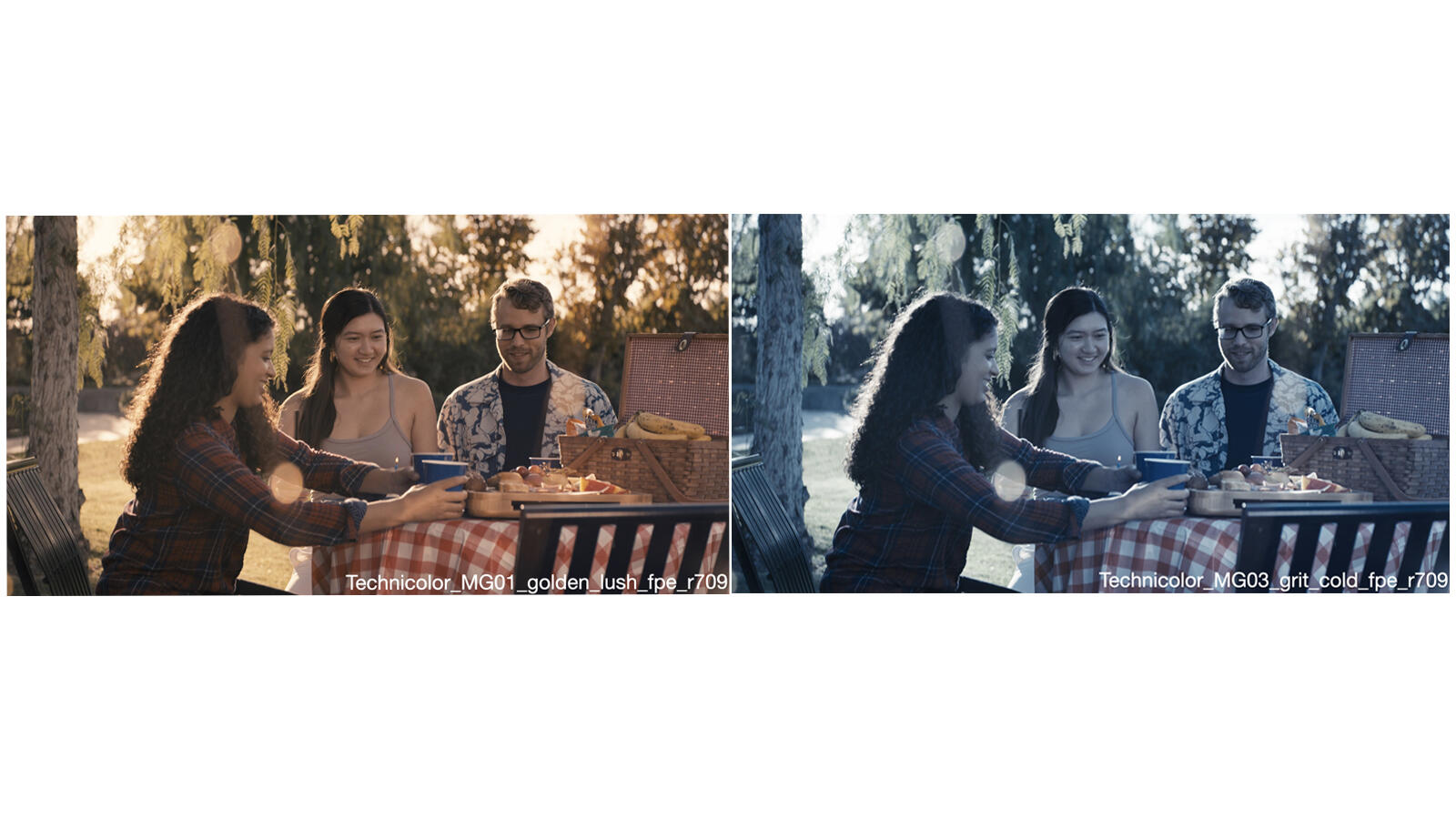 Technicolor has introduced its Look Collection of free LUTs designed specifically for the Sony VENICE motion picture camera. These LUTs are great for monitoring while filming and color grading in post-production.

The VENICE features a 36mm x 24mm full-frame sensor capable of 6048 x 4032 6K maximum resolution. It also supports native Super 35 resolution (4096 x 3024, or 4-perforation film) and multiple aspect ratios. Essentially, this is one of the ultimate digital motion picture cameras, and it's approved for production on Netflix projects.

The Technicolor Look Collection LUTs come in both .cube and .art (Sony) files, and feature the proper specs for accurate on-set monitoring while filming with the VENICE, plus used during post-production. Sony worked with Technicolor on the LUTs, along with several colorists, including Anne Boyle, Jason Fabbro, Doug Delaney, Maxine Gervais, and Sparkle. The collaboration goes back to The Dig, a film by Joseph Kosinski (director) and Claudio Miranda, ASC (cinematographer).

The free Technicolor LUTs for the Sony VENICE can be downloaded here individually or the full set. Learn about the cinema cameras, and a lot more on Sony's Cine site.