It’s always been fairly rare to see Super-8mm film used professionally. Back in the day, some of the smallest film gauge was shot for news and documentary, in situations where only the most featherweight equipment would work or when budgets were especially tight. It’s not that unusual to see music videos shot on the format, these days – but it’s a bit less usual when the track in question is Daisies by Katy Perry.

Super-8 has improved in technical quality almost as fast as it’s fallen out of widespread use.  The classic look of 1970s holiday movies essentially died with the end of Kodachrome, the mid-century colour reversal stock with the biting contrast and glowing colours.  It’s probably the only film stock famous enough to have a major movie named after it.

It was also a nightmare to process, even worse than most reversal stocks, but it had a certain something, and you can still shoot Super-8 reversal with the (slightly) more modern Ektachrome.  That’s good, because Super 8 in general exists in the world of people who like lens flare, aberration, 1970s Russian cameras with light leaks, and stop flashes as an aesthetic choice.

Modern Super-8 often doesn’t really go for that aesthetic, at least not if we try to make it look its best. People aiming for the best technical quality on Super-8 lean toward Kodak’s high-tech Vision 3 50D negative stock, frame-by-frame scanners with temperature-controlled LED backlights, and software stabilisation to fix the number-one issue the format ever had. You’ll be welding with light, but do all that, degrain a bit, and it almost starts looking like 16mm.

That’s not what was done for the Perry video, though. It embraces every delicious flaw and failing the format offers – and a few more, besides. Some of the effects seen in the production are probably the result of a little playing around in After Effects, and Super-8 grain notoriously doesn’t play very well with current video compression systems.  Anyone finishing something that grainy might worry what it’d look like after being forced through the mill of YouTube.  It’s likely that degraining – or at least what looks like degraining – was done quite deliberately, and isn’t just a result of a codec stomping on the fine detail. 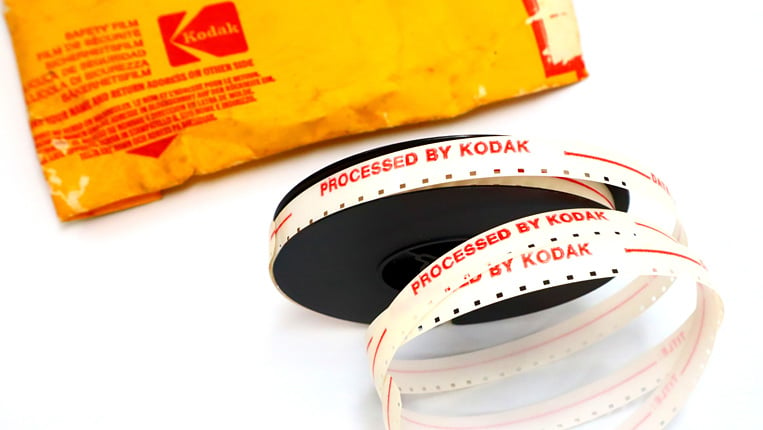 As a result, Perry’s video is hardly a technical benchmark.  Far better results have been had from casually-shot footage, even historic footage, as seen in the work of José Luis Villar and Freddy Van de Putte.  Often the very best results reveal just how bad the lenses on Super-8 cameras could be.  Perry’s video was shot on a combination of stocks - the Kodak 50D and 500T, and the Pro8mm 250D that’s cut down from larger formats.  On paper they outperform the old reversal massively, but that clearly wasn’t the point.

Super-8 is about a look, and Daisies has that look in spades.  Super-8 wedding videos are very much in fashion for similar reasons.  It might even be the case that in 2020, while not much Super-8 is short, a fair proportion of it is actually done for money.   It’d have been hard to predict that just a few years ago.