This is how tortoise sex brought Jurassic Park to life 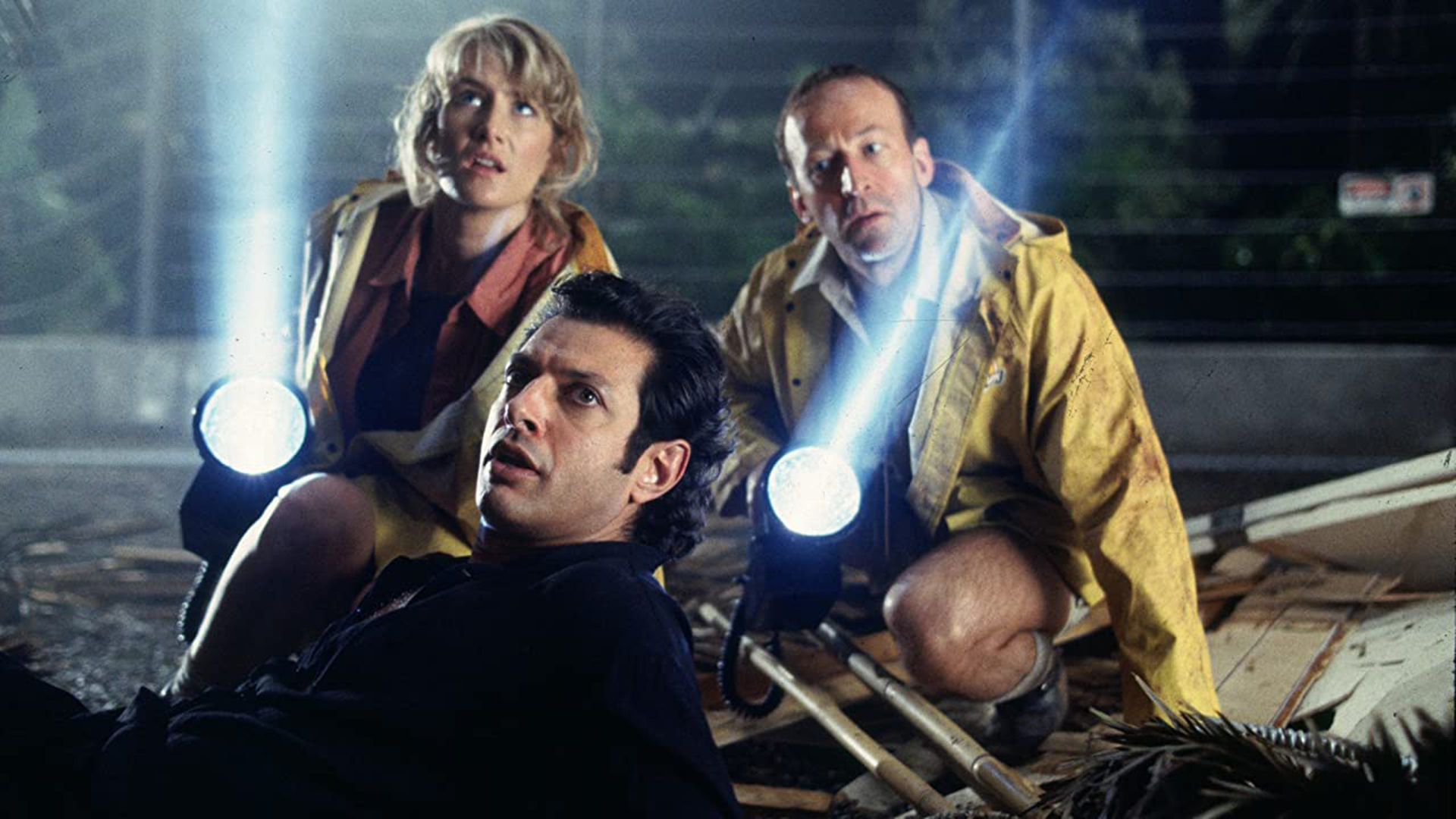 Jurassic Park's success was about more than groundbreaking CGI. It's sound design was no less stunning, including, umm, tortoises. Here's how it was done.

At the time of its release, Jurassic Park (1993), was lauded for seemingly bringing dinosaurs back to life through a combination of impressively realistic animatronics and groundbreaking - for the time - computer generated effects. But the audience's first introduction to these resurrected and recreated prehistoric creatures is not through visuals but sound, which creates a lot of the tension and drama later in the film

During the pre-credits sequence, director Stephen Spielberg teases the audience with noises made by a big, aggressive animal of some sort that is obscured by undergrowth and a wooden crate. The beast is being loaded up for transit by a group of nervous workers, overseen by game warden Robert Muldoon (Bob Peck). They are barely in control and when one of their number is dragged into the container Muldoon orders them to use their tasers. These zap uselessly. The creature roars in pain and anger, keeping a grip on its screaming prey. The pen door then slams shut with an ominous crash.


This sets up the rest of the film. The creature was a Velicoraptor, just one of many dinosaurs brought back by being cloned from DNA found in the blood of late Jurassic period mosquitoes preserved in amber. This was the brainwave of showman and entrepreneur John Hammond (Richard Attenborough), who has created the visitor attraction of the movie's title.

The viewer shares the expectation of the scientists and Spielberg plays on this, again aurally. At one point a dinosaur is heard approaching, its footfalls echoing thunderously out of the bass loudspeakers. To match the CG images, which look a little clunky by today's standards, and Stan Winston's mechanical dinosaurs, sound designer Gary Rydstrom had to come up with audio effects that not only brought the creatures to life even more but gave each species its own character.

Recreating an unknown past

The obvious problem was that no one knows what dinosaurs sounded like. In One Million BC (1940), the T-Rex roars like a lion - most likely because the sound engineers had these effects. Scientists now think dinosaurs did not make such dramatic noises but probably gurgled. That would not have had the necessary scare factor so Rydstrom set about building up layers of sounds from contemporary animals to create the different voices of the prehistoric cast.

In a presentation to a MPSE (Motion Pictures Sound Editors) meeting, Rydstrom admitted he panicked at the thought of this but eventually realised a combination of contemporary animal sounds might produce something different that could have come from an era before our own time.

Fierce animals such as lions, alligators and tigers make up a proportion of the T-Rex's roar. There is also some very noticeable elephant in there. More surprising is the inclusion of a koala bear. Rydstrom says a keeper at San Francisco zoo asked if he wanted to record the marsupial; he said yes, expecting something cute. Instead he got what he described as a "BRRRAAHR sound", which adds a different dimension to the predator's cry.

The big dramatic audio cues, however, are not the most unsettling. Even though the thumping of dinosaur feet features earlier in the film, the T-Rex attacking the stranded tour jeeps is made all the more powerful by the characters hearing the creature approach and seeing vibrations in bottles of water. As they sit terrified in the vehicles, the T-Rex looks in, its breathing ratcheting up the tension. This sound came from a more benign source, the blowhole of a whale.

The T-Rex becomes the unlikely hero of Jurassic Park, seeing off other aggressive dinosaurs that are hunting the humans. Among the supporting cast are Dilophosaurus (a combination of howler monkeys, hawks, rattlesnakes and swans) and Brachiosaurs (a whale and a donkey) but the show really belongs to the Velicoraptors. Rydstrom always maintained that he created their cries by mixing the sounds of elephant seal pups, dolphins and walruses. His big secret was revealed in 2013 during an interview with Kyle Buchanan for www.vulture.com. The sound designer admitted that when the raptors bark at each other to communicate, "it's a tortoise having sex".

Slightly more mundane but no less effective, and still with a sexual attraction angle, is the use of horses. A horse snorting - combined with the strange sounds of a de-barked dog - make up the breathing of the raptors as they stalk Hammond's grandchildren in the kitchens. A horse eating a corncob provides the suitably gut-wrenching sound of someone being chomped by the T-Rex, while a mare squealing at the sight of a male horse gave the death cries of the Gallimimus as it is eaten by the king of the dinos.

A constant presence in Speilberg's films is the music of John Williams. In many - notably Jaws and ET - it has been as effective as the sound design in creating moods. On Jurassic Park, aside from a characteristically stirring opening theme, Williams' music is obtrusive and more of an annoyance than a benefit. This is particularly true in the early scenes, when the score is constant and mirrors every action and movement on screen, which is known as mickey mousing. It's probably a homage to One Million BC, which had sparse sound effects and little dialogue beyond grunts and odd words and so relied on Werner R. Heymann's music to fill in the gaps. But in a relatively modern film, this appears smothering and old fashioned.

The sound design, on the other hand, still sounds fresh and inventive. And even if dinosaurs didn't sound like that, it's certainly how we now think they sounded.