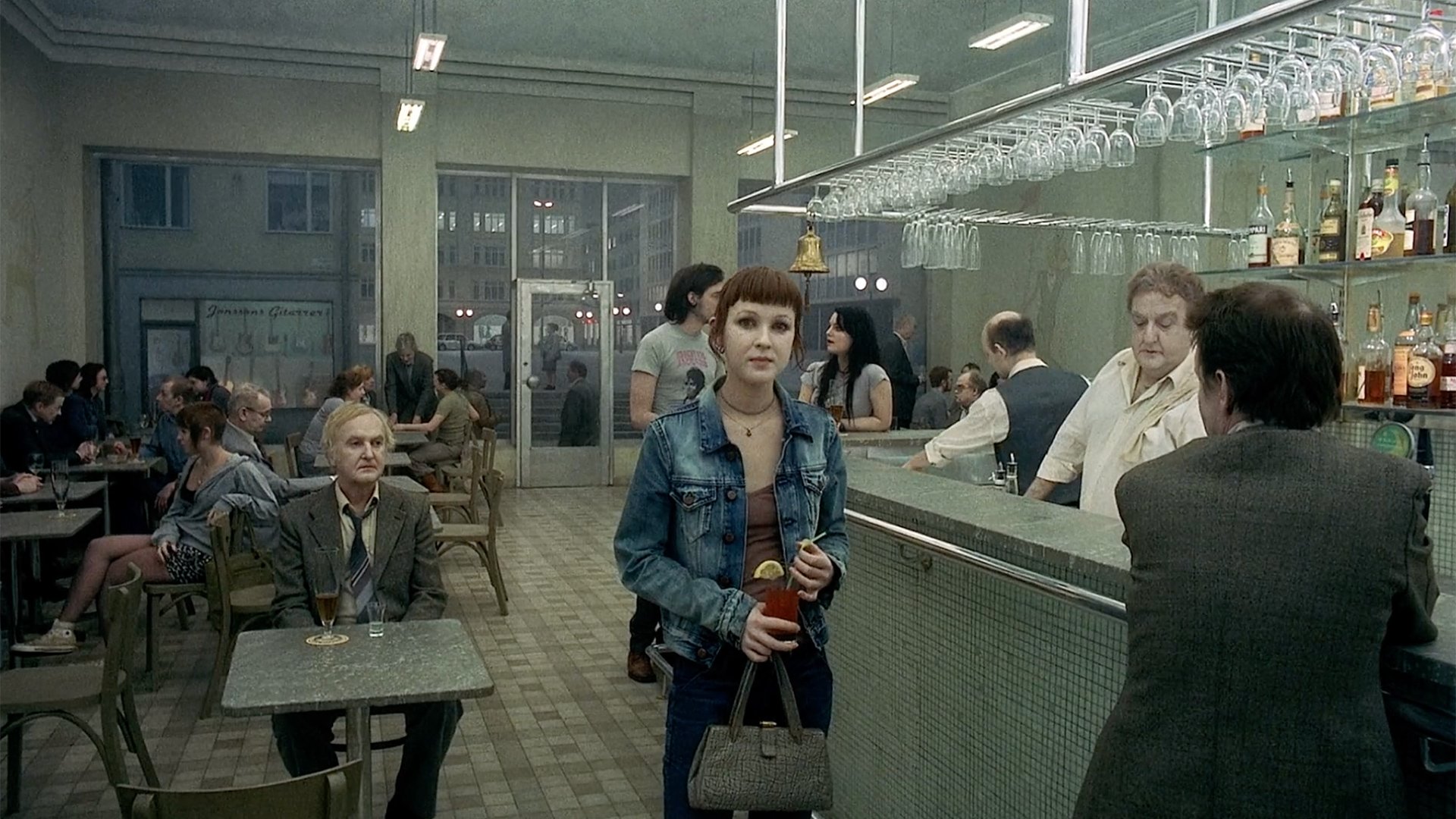 The films of Roy Andersson break every cinematic convention we associate with cinema, and yet his productions are considered works of art. Be prepared to have your idea of what is cinematic turned on its head.

We talk a lot about cinematic imagery, and manufacturers promise technology that will bestow upon us the beauty of cinema. But what if I told you there was a filmmaker who has won the Jury Prize at Cannes and the Golden Lion at Venice who breaks every preconception we have of what makes a ‘cinematic image’?

Shallow depth of field? None. Totally deep focus – everything in the picture is needle sharp. Gimbals, Steadicam, drones, remote heads? No – his camera remains completely static, it doesn’t even pan or tilt. Dramatic lighting? No, his frames are flat and shadowless. Editing? Nope – every scene in the film consists of just one locked-off shot. Digital effects? None. Sophisticated grading? Not really – his films have a very particular, painterly look, but that is largely to do with production design, costume and make-up. Welcome to the bizarre world of Swedish filmmaker Roy Andersson.

The art of dullness?

A niche, arty filmmaker? Maybe, but, as well as six features, Andersson has made over 300 commercials during his 50 year career. Andersson’s movies are certainly not for everyone. Unattractive, awkward characters sombrely perform pointless tasks with little joy, but a surreal, dark humour, somewhere between Monty Python and Samuel Beckett, pervades everything. The films look like nobody else’s, and resemble paintings rather movies. They are predominantly filled with subtle pastel tones – blue-greys, green-greys, yellow-greys, pink-greys, but mostly greys. Even skin tones look grey, which on first sight seems like some artful grading, but then you realise it is actually make-up.

The lighting is flat and even – not a shadow in sight – and, apart from the ever present window or overhead light fitting, the tonal range is entirely dependent on costume and production design. The resulting image looks nothing like anyone else’s work but is, in its own way, surprisingly beautiful.

The sets, which, each take a month to build in Andersson’s studio in his Stockholm town house, look curiously real and artificial at the same time. His technique is surprisingly low-tech; although Andersson uses green screen, much of the effects are based on trompe d’oeil 3D miniatures suspended in front of the camera and painted backdrops. His ingenuity is immense; there is a dream sequence in his 2007 film You, The Living where a room turns out to be on board a train; the convincing scenery that passes by the window was done solely with elaborate moving models.

To get an idea of what I am talking about, have a look at this trailer for You, The Living.

What does Roy Andersson film on?

Most of Andersson’s work was shot on 35mm, moving to a Red for his last two films, but this has made little difference to his style. We are so used to associating great cinematography today with soft backgrounds and creamy bokeh that deep focus can be a revelation. There is something very refreshing in seeing a wide shot where everything is sharp, where viewers can cast their eyes on all the details of the frame as the story unfolds.  Often it is in the background where crucial things are happening – like a 18th century army marching to and from battle seen through the windows of a 21st century bar.  I’m a big fan of deep focus (in the right place) and now seems a perfect time for revival as resolutions get higher and screens get bigger.

Do his films have stories? Well, sort of. They consist of a series of self-contained, single shot vignettes, but characters and themes follow through from one episode to another. This tableaux approach is not unique  – the early films of Jim Jarmusch and Terrence Davies make use of it – but it is Andersson who has taken it to the limit.  It may sound like filmed theatre, but the performances are precise and understated, totally lacking in theatrical flourishes.

All of his characters seem to have drawn the short straws of life, like the two glum, painfully unsuccessful novelty salesmen in A Pigeon Sat on a Branch Reflecting on Existence (2014), whose merchandise comprises solely of vampire teeth, a laughing bag and a mask of a one-toothed man. Or the man who performs a disastrous dinner table trick – attempting to remove the tablecloth beneath a very lavish dinner, resulting not only in disaster but revealing the swastikas on the table beneath. Yes, there are serious undertones beneath the drole absurdities – a preoccupation with the horrors of war and colonialism runs through Andersson’s work.

A lot of people will take a instant dislike to Andersson’s films, and I wouldn’t suggest for one minute that you should try to emulate his style (you won’t be able to), but it is really worth looking at to challenge what we take for granted: that shadows, differential focus and camera movement are essential elements of great cinematography and that story telling is constructed through editing. Sometimes, perhaps, we need to just slow down and watch the world.

Roy Andersson’s films are available online in the UK through Curzon and MUBI. There is also a fascinating documentary on his work, About Being Human, trailer for which is here.