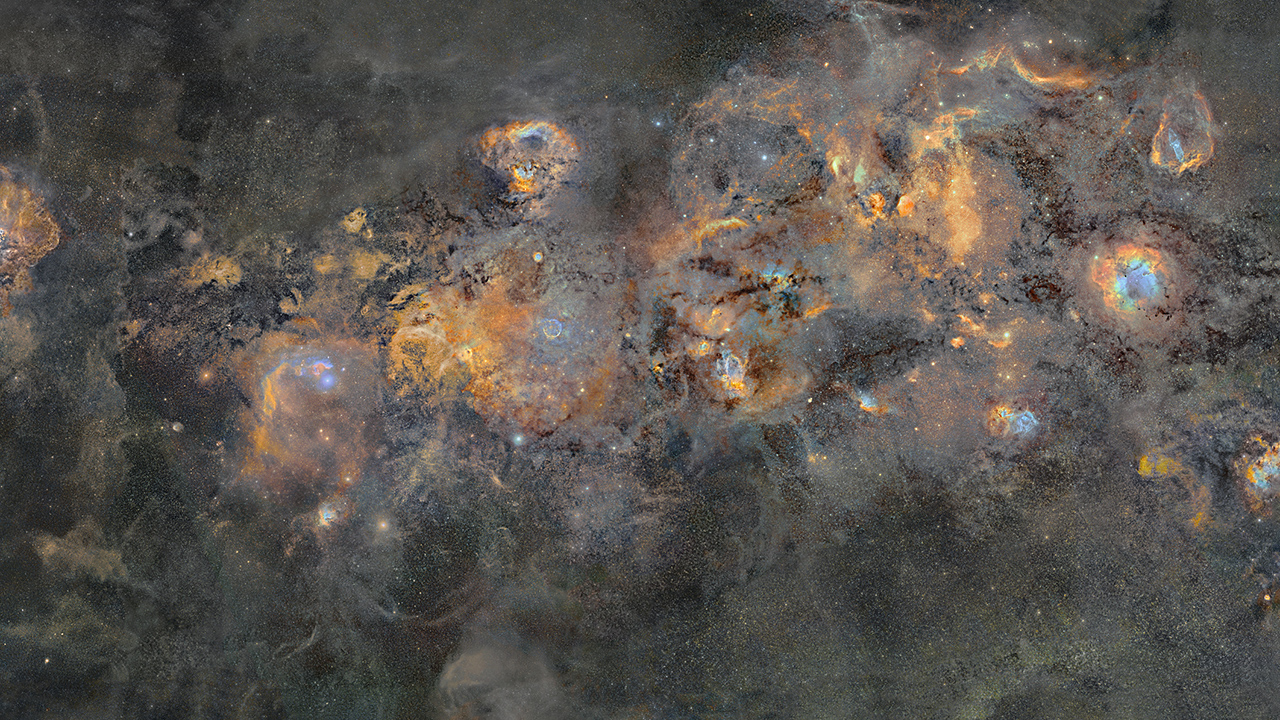 Astrophotography is difficult to do well at the best of times. From being in the ideal part of the world at the right time through to having an area free from light pollution the equipment you are using also has a large bearing on the end result.

Astrophotographer JP Metsavainio has taken things to a new level with a final image consisting of 234 frames, featuring 20 million stars between the Taurus and Cygnus constellations. It’s a work that took over a thousand hours to produce.

Metsavainio states on his blog “I have used several optical configurations for this mosaic image during the years. Up to 2014 I was using an old Meade LX200 GPS 12" scope, QHY9 astrocam, Canon EF 200mm f1.8 camera optics and baader narrowband filter set. After 2014 I have had 10-micron 1000 equatorial mount, Apogee Alta U16 astro camera, Tokina AT-x 200mm f2.8 camera lens and the Astrodon 50mm square narrowband filter set. I have shot many details with a longer focal length, before 2014 by using Meade 12" scope with reducer and after 2014 Celestron EDGE 11" and reducer. Quider camera has been Lodestar and Lodestar II.”

All of the images were post produced in Photoshop, although he claims that editing of the images was minimal with just minor levels, curves, and colour adjustments. Why go to all this effort? Apparently his desire to create the work was driven by the fact that it had never been done before. It’s an astounding achievement that speaks for itself with the viewing.

A German video producer has made a video showing the mosaic in all its glory below, and if you head to Metsavainio's blog you can view detailed versions of the mosaic along with the individual plates for more detail.