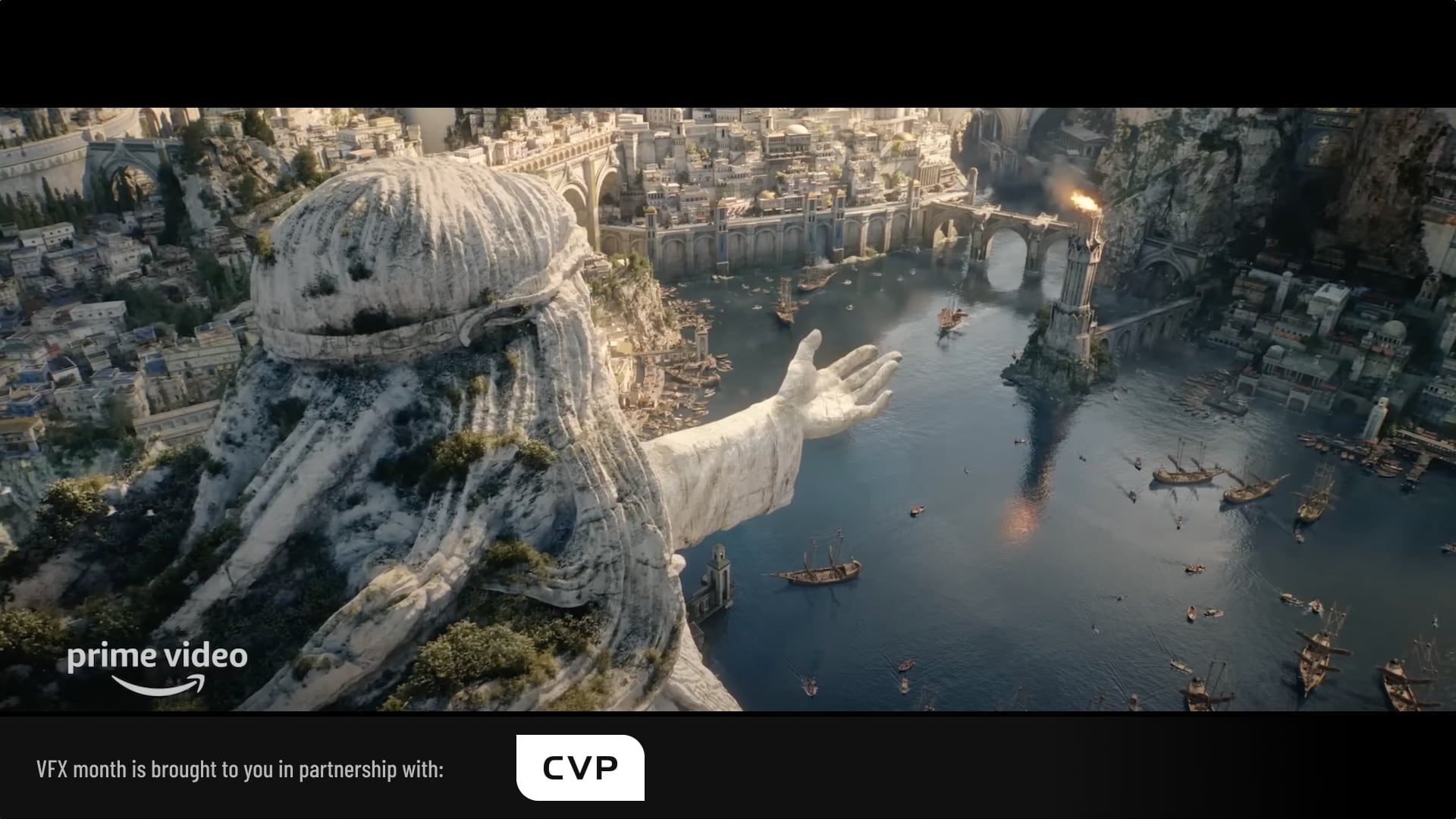 With the House of the Dragon and Lord of the Rings: The Rings of Power both debuting in the next two weeks, everything we know about TV vfx is about to change.

If you’ve been anywhere near a television set in recent months, it has been a vintage time for appreciating vfx work on the small screen. Once the sole preserve of big budget movies, as those budgets in turn have pivoted over to the streaming services so the vfx work has come with them.

Some quick numbers. The Sandman on Netflix featured around 2500 vfx shots, the excellent The Lazarus Project on Sky had close to 900, and included a 100-shot car chase sequence filmed in the Czech Republic but digitally transposed to Paris. Meanwhile, 30 visual effects companies worked on over 4000 shots for Season 4 of Stranger Things, while the last episode alone had more shots in than the entirety of Season 3. You can see the direction of travel there fairly clearly.

The Lazarus Project is in that list because a) more people need to see it, it’s brilliant, and b), the odd nuclear explosion aside, it’s not the sort of show that you would call traditionally vfx heavy. It’s just that we’re now at the point where it’s easier and cheaper to do stuff in the digital realm than it is in the physical. Closing a few roads off in the Czech Republic and recreating Parisian architecture has less impact on the bottom line than trying to pull the same thing off in the French capital. Arguably it’s also easier and quicker.

Pedal to the vfx metal

We’re about to undergo a step change, however, as House of the Dragon and Lord of the Rings: The Rings of Power make their way onto their various platforms. House of the Dragon aims to recapture some of the epic fantasy territory for HBO that Game of Thrones so memorably pissed away at the woeful end of a misfiring eighth season. Meanwhile Amazon’s The Rings of Power arrives as the most expensive TV show ever made and everyone expects it to look at least as good as they remember Peter Jackson’s original films looking when they came out.

And yes, there is a distinction there. As anyone who has rewatched them recently will attest, vfx has made a lot of progress in the 21 years since and some of it looks a bit shaky to say the least.

Herein though lies a problem with the new shows. These are high profile shows with a lot of attention on them and a whole subculture of eager viewers on Reddit and Twitter waiting to call out iffy shots that just haven’t landed right. We all do it. Buildings are one thing, creatures are another, and there’s a dragon move in the House of the Dragon trailer below that looks extremely iffy to my eye at about 1:35.

The Rings of Power also suffered from a backlash when viewers screamed fake — and a bad fake at that — of the tile reveal of the show showing digital molten metal coursing through a mould to make the show’s logo. Only trouble was that it was genuinely all done in camera as the following BTS shows. Perhaps real life just isn’t zingy enough anymore…

Conversely, fan disquiet at a CGI-heavy Rings trail around Super Bowl time has been eased somewhat by later glimpses into Middle Earth that have revealed a decent amount of practical effects (as well, perhaps, as refined CG ones that no one notices) and anticipation is starting to really build. Together these two shows have the chance to raise the stakes of the small screen vfx game considerably. As Disney-owned Marvel sails into choppy CG waters (She-Hulk: Attorney At Law Is Peak Uncanny Valley, But It Works is one of the kinder reviews that references the main issue of its latest offering) and is getting an extended online drubbing for the way it treats vfx studios and their artists, so other studios are looking to pick up the torch and run with it. Or attach it to a dragon. Or whatever.

Or perhaps we all just need to get over ourselves a bit and be as tolerant of an iffy effect as we are of the occasional duff line, directorial fluff, or outbreak of wooden acting in the overall cause of the suspension of disbelief

So we’ll end with one more number for you: 9500. That is the number of vfx shots in the first season of The Rings of Power alone, more shots than were in all six of Peter Jackson’s Lord of the Rings and Hobbit films combined. It’s a staggering number and you can only hope that the budget, quality control, and time required to get it right time and time again has all been allocated wisely.

All of which is as good an excuse to watch the trailer again as any.