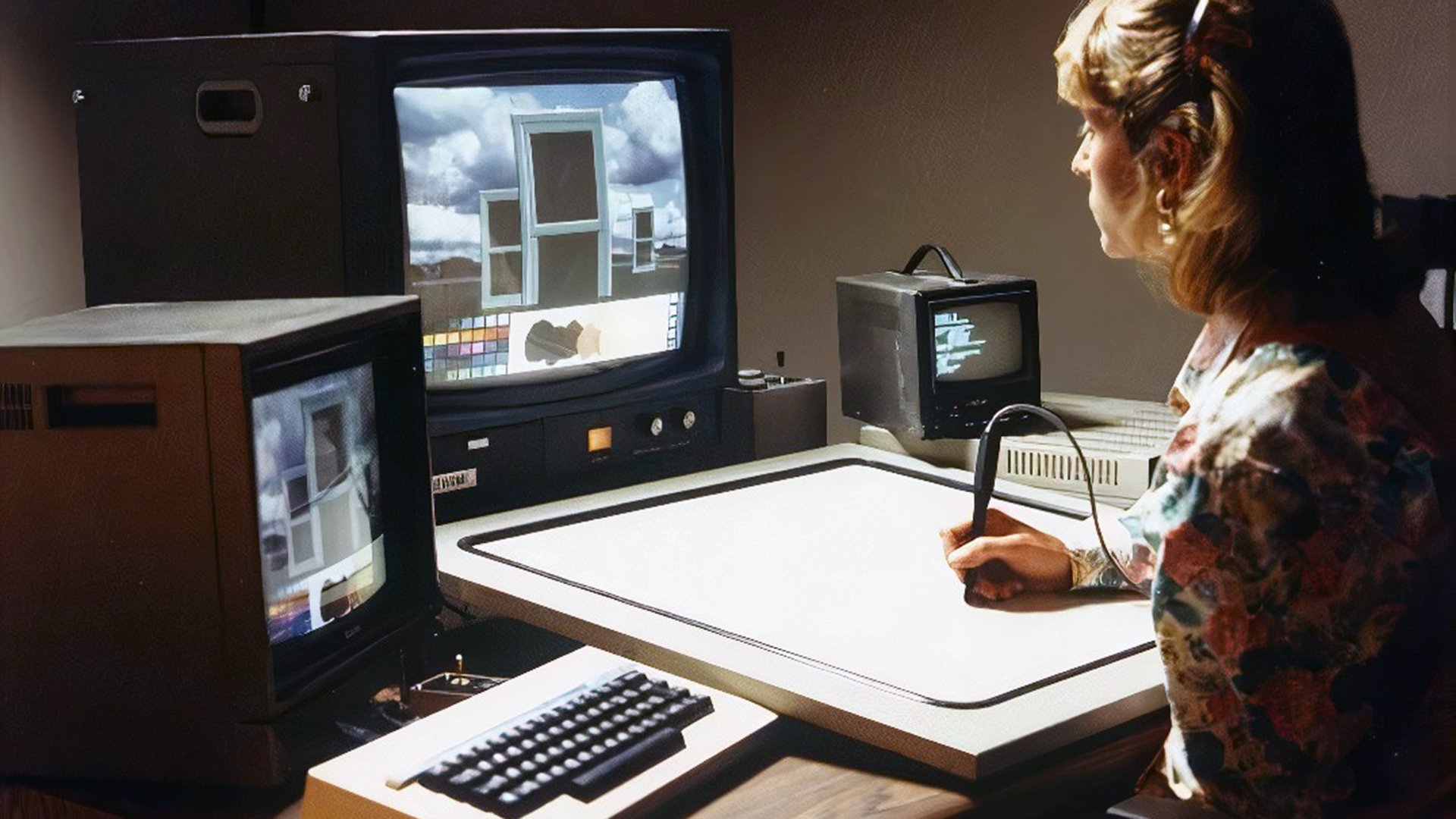 Replay: The story of Quantel is a classic story of the rise and fall of a high-end manufacturer with a groundbreaking product based on very expensive, custom-built hardware.

Quantel products were designed and manufactured in Berkshire, England in a factory that originally built parts for the Spitfire in World War II.  They came to fame with the Paintbox in 1981. The Paintbox, designed primarily for TV graphics, was a game changer if ever there was one, but it came at price: around £130,000 a unit (close to half a million in today’s money).  Launched nine years before the release of Adobe Photoshop there was nothing else to touch it at the time.

Quantel’s intuitive pen-driven interface was (and arguably, still is) the best-in-class and what the Paintbox offered would have been impossible to achieve without dedicated hardware. That hardware was, however, expensive and cumbersome. A Quantel engineer recounted how a platter from the massive 14” Winchester hard drive (which held an impressive 70MB of data!) once came loose from its housing, flew across the room and penetrated the wall of the edit suite.

Although aimed very much at the TV and commercials industry, Quantel were keen to let artists have a go. Here is what happened in 1985 when they let David Hockney loose on it:

Perhaps the definitive Paintbox video of 1986 was the promo for Dire Straits’ ‘Money For Nothing’, from the album ‘Brothers In Arms’. Defining the era in many ways, it became one of the most played videos on MTV (launched in the UK  in 1987) and the album the first to sell over a million copies on CD. Warning – the lyrics are blatantly homophobic.

Quantel were soon to do for the moving image what Paintbox had done for the still image. The 1982 Mirage could warp a live video stream by texture mapping it onto an three-dimensional shape -  very impressive at the time, and very popular for rock promos. In 1985 Quantel introduces Harry, their first non-linear editor, followed by Harriet in 1990  and Henry in 1992.  Quantel were always proudly situated at the high end – a couple of hours hire of a 90’s Henry suite in today’s currency would buy a you a computer fully loaded with software which could probably deliver the same results.

The Paintbox was still going strong in 1990 – here is a demo of it with the voice of Dr Who’s Tom Baker – but it would not be long before Photoshop would consign it to history. Quantel sued Adobe for patent infringement in 1997 but lost the case.

In terms of TV post production, particularly in compositing and special effects, Quantel remained ahead of the game. Here is a heroic and very British Quantel promo from 1996:

Quantel carried on with innovative editing systems into the 21st century, but now there was a lot of competition around. The iQ online editing and compositing system introduced in 2000, still using Quantel’s pen-driven interface, led the pack in many ways – it could take any format thrown at it without conversion and handle 4k before anyone was using it – but it was expensive and had a reputation for being very unreliable. Quantel reached their peak with the Pablo – a colour correcting tool which James Cameron used to post-produce the 3D Avatar in 2009. The Pablo was followed by the Pablo Rio, a complete colour correcting and finishing system.

Sadly, Quantel was to go the way of all high-end systems based on proprietary hardware and the company began to contract from 2005 onwards. In 2014 it acquired Snell, formerly, Snell & Wilcox,  another British high-end hardware-based manufacturer, famous for their Alchemist standards convertor. In 2015 the Quantel name was dropped and what was left of the company became subsumed by SAM (Snell Advanced Media), to be acquired by Belden in 2018 and then incorporated into Grass Valley. The Rio, stripped of its Quantel name, lives on under the Grass Valley brand and claims to be ‘the world’s only real-time 8K 60p colour and finishing system’.

Was Quantel’s demise inevitable? Should they have bought Adobe rather than sued them? Was there a point in history where they could have shifted their considerable skill and resources from hardware into software development? Perhaps at the point at which the necessity of that seismic shift became clear it was far too late; it would have meant the company abandoning the very form of technology that had made them famous.