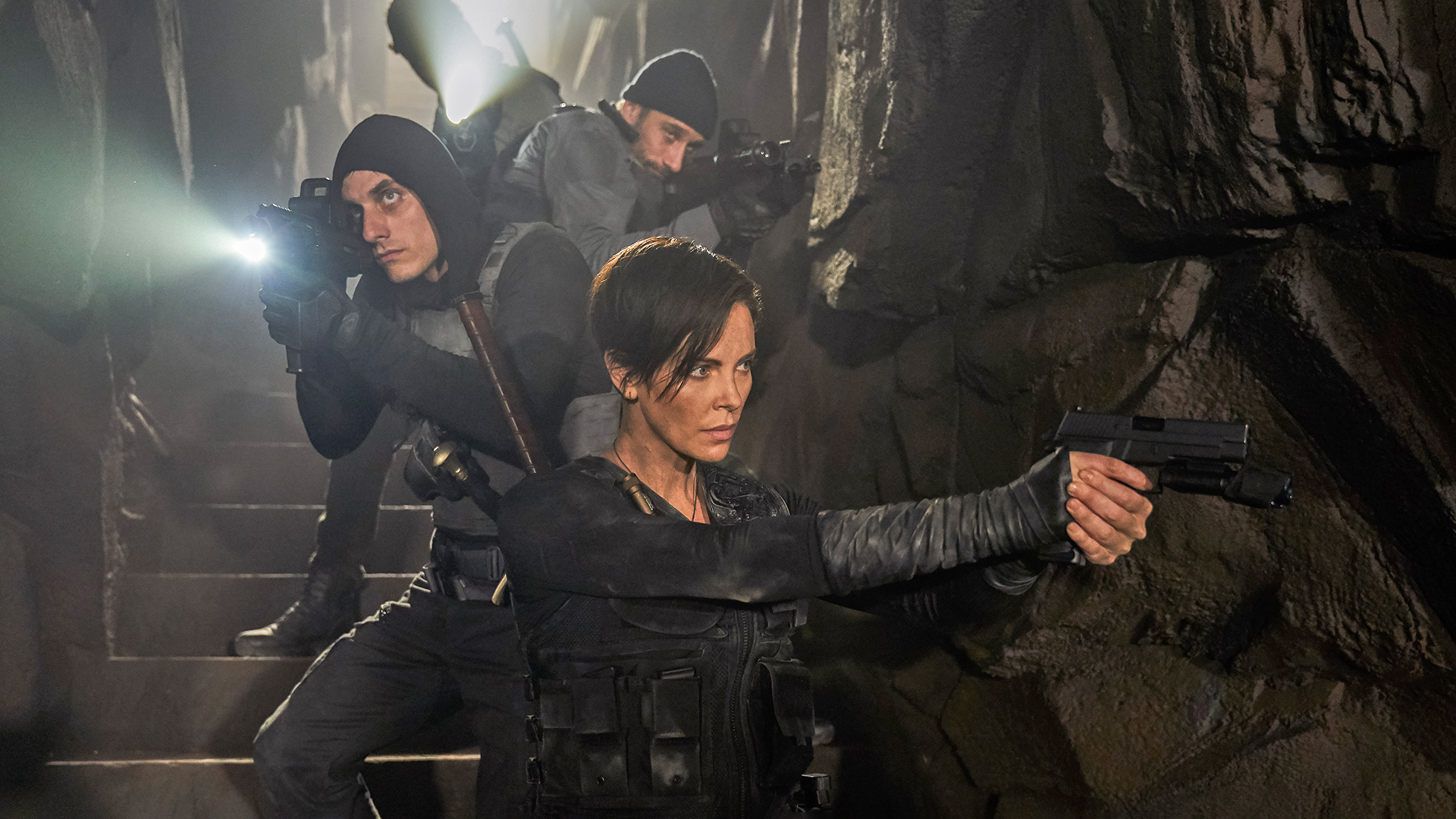 We interview DP of the Netflix feature The Old Guard  about how you shoot a superhero film handheld using Arri Alexa 65's.

Following the trail blazed by Patty Jenkins’ Wonder Woman and Anna Boden and Ryan Fleck’s Captain Marvel, director Gina Prince-Blythewood and star Charlize Theron are ready to kick-ass in female powered superhero movie The Old Guard. Unlike, however, the DC and Marvel blockbusters of the past decade, the made-for-Netflix feature eschews fantasy world building and wall-to-wall VFX for a realism that grounds its characters in the present day.

“Pretty gritty,” is how Tami Reiker ASC, describes the story’s visual tone. “This is a big beautiful action drama with two very powerful female characters who we definitely wanted to look and feel natural.”

“The heroes of our film can’t crush buildings or fly,” Reiker says. “Their super power is the ability to regenerate until they are thousands of years old but their near immortality doesn’t mean they don’t experience great pain or can’t be hurt. That is what we want to evoke.”

Such a down to earth treatment reverses the colour saturated, cartoon-like gloss of the genre and is becoming a trend in itself. Low budget sci-fi Code 8 (2019) placed its X-Men style mutants in a recognisably bleak lo-fi future. Earlier this year, Sony Pictures’ Bloodshot, starring Vin Diesel as a superhuman marine, was filmed by DP Jacques Jouffret like a live action documentary. Marvel’s The Eternals, due next year, is being directed using improvisational techniques by Chloe Zhao for a cast headed by Angelina Jolie.

“I never wanted any moment to take an audience out of the fact that these could be real people,” Prince-Bythewood told Vanity Fair about the heroes in Greg Rucka’s graphic novel adaptation. “This is somebody that can get stabbed and walk away, but it’s going to hurt.… This is a woman alive 6,000 years, and we come to her at the point where she wants it over.”

It is still worthy of note that The Old Guard also cuts across convention by having key creative talent filled by women. The picture is edited by Prince-Bythewood’s regular collaborator Terilyn Shropshire with VFX supervision by Sara Bennett, the first and only female VFX super to win an Oscar (for Ex Machina).

This is Reiker’s sixth collaboration with the director after they met in New York and worked on projects including Disappearing Acts (2000), Beyond the Lights (2014) and TV show Cloak & Dagger (2018).

“What drew Gina and I to this story was the opportunity to tell an action story driven by powerful women,” Reiker says. “They are not over sexualised. They are not in crazy seductive outfits. They are bad ass fighting women.”

Theron, who is also a producer, stars alongside If Beale Street Could Talk’s KiKi Layne and trained for months to be able to film much of the fight scenes in camera. One such scene takes place on a military plane filmed 15 metres in the air on a gimbal rocking back and forth to simulate motion and making handheld photography especially challenging.

“There was a lot of discussion about whether we really did want to shoot this handheld even as the plane takes these crazy dives but we our mindset was very much that we needed the audience to feel part of the action,” Reiker explains. “We could have removed a wall or shot from outside but we needed the space to feel real not imaginary. For the same reason we use minimal green and blue screen.” 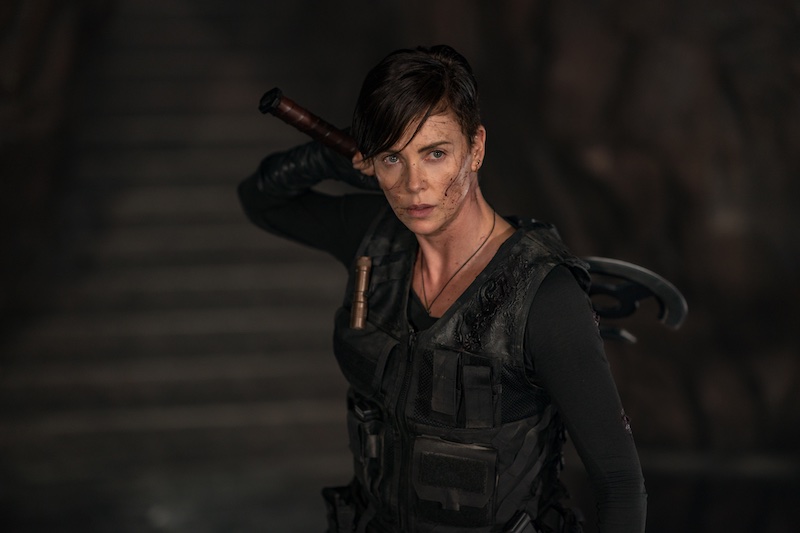 Camera operators Simon Tindall and Tom Wilkinson were strapped into the plane set to maintain the illusion for the audience of being onboard. That’s no mean feat given that the cameras are hefty ARRI ALEXA 65’s which weigh over 10kg without lenses [Prime DNAs] and accessories.

“This is the first time Gina and I have done a multi-million dollar budget movie so we had a much bigger sandbox to play in but we felt that the ALEXA 65 delivers such incredible image quality that this was our first choice,” Reiker says. “The one hurdle was whether we could shoot an entire film over 16-weeks handheld [which, excepting a few crane, Steadicam and aerial shots, The Old Guard is].

“We made a lot of tests using various rigs but the clincher was finding Simon [who coincidentally operated on Zero Dark Thirty] and Tom who were confident they could operate over the shoulder. That meant we could film the story using the latitude of natural movement.”

Another scene, set in a bunker, features Theron and team ambushed and riddled with bullets. Filmed with three ALEXA 65s, all handheld, the scene is illuminated only sparely by a pair of ceiling lights. 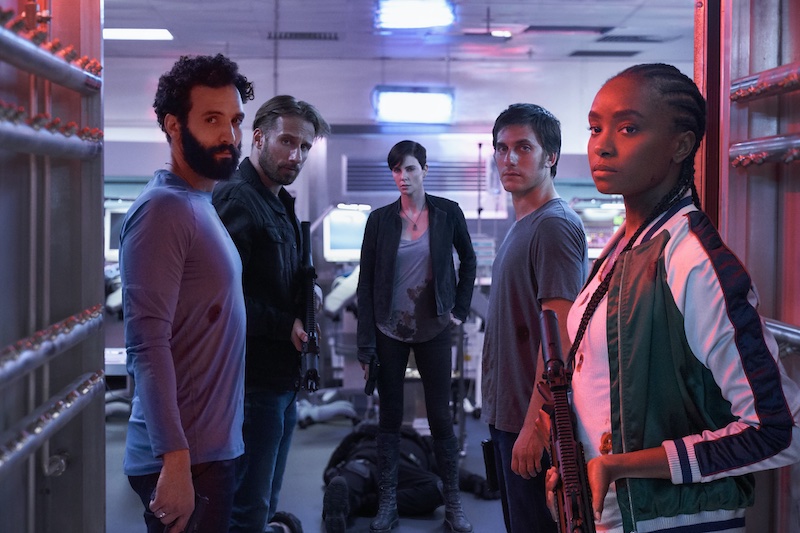 The other principal craft decision was to use an ARRI Varicon LED, a filter device that allowed Reiker to selectively reduce the overall image contrast range of individual scenes by adding light to shadows and darker areas of the shot.

The Varicon is an illuminated filter that slides into the matte box, and can be viewed directly through the viewfinder for manual dialling of the flash level. She also used it to add a colour cast to shadows without affecting highlights.

“I’d use the Varicon before on High Art (1998) and episodic drama Carnivàle (2008) to flash the film and bring out detail in darker areas. For The Old Guard, I worked with ARRI Rental to custom make a 4x5 filter just for our film so I could not only vary the contrast but adjust the hue.”

Reiker made extensive tests to calibrate the precise degree of illumination required for each scene.

“The effect lends the picture a more filmic quality,” she explains. “You are opening up the shadows, particularly in the faces and contours and beauty of the skin. We can put warmth into the shadows or add a blue to scenes set in Paris at night. It’s a really incredible tool.”

The studio shoot took place at Pinewood Shepperton with trips to Sandwich, in south east England, dressed as French town. Desert scenes were filmed on location in Morocco.

After one year on the film Reiker had to leave filming due to a prior commitment. “Barry was the perfect person to pick up when, unfortunately, I had to leave.”

Working to Reiker’s template, Barry Ackroyd BSC, who filmed handheld for Bigelow’s The Hurt Locker and Paul Greengrass’ Captain Phillips as well as Theron’s previous action pic Bombshell, guided the film through the end of principal photography. He also remotely supervised the colour grade while the production, like the rest of the industry, was in lockdown.