The Mikme Pocket review – Bluetooth Wireless Audio without the problems 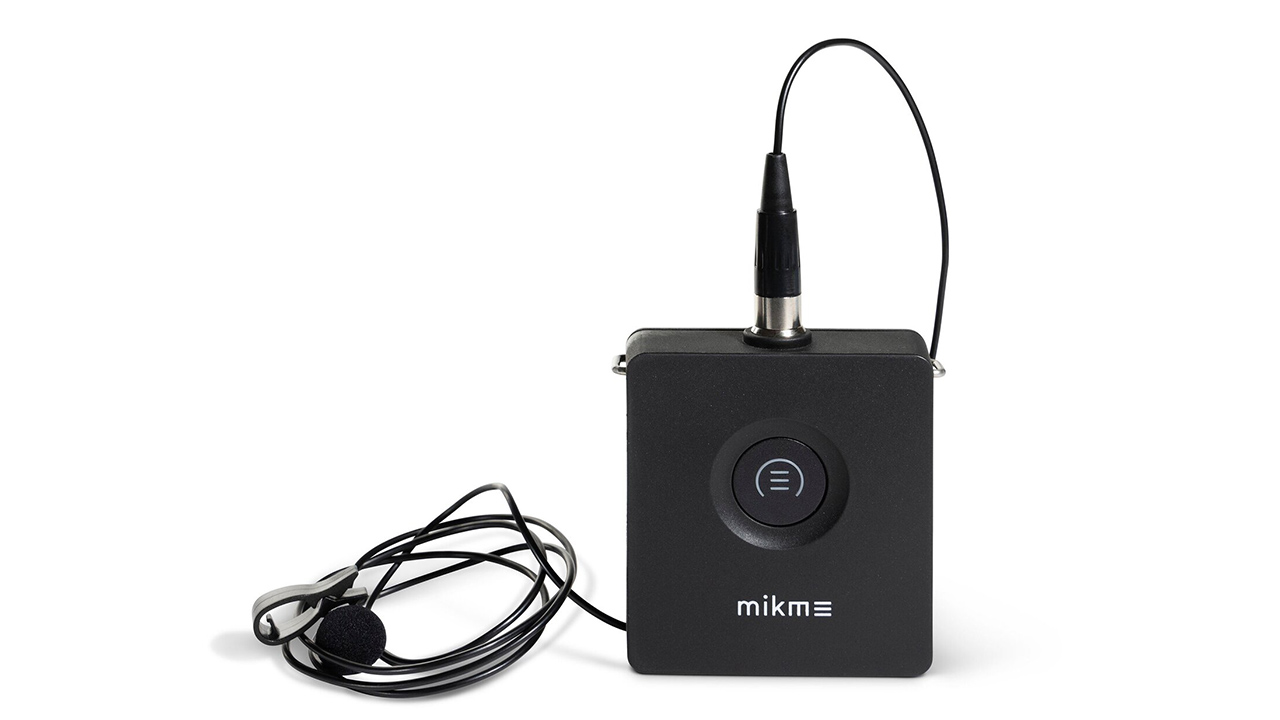 If you've been wary of bluetooth mics until now, you might want to check out this device, the Mikme Pocket.

The last couple of years have seen enormous growth in this part of the market for people not wanting the hassle of traditional wireless microphones. The complication of frequency management for simple 1 or 2 transmitter/receiver setups can prove a barrier to entry and that as well as cost is why these new devices use Bluetooth instead of typical UHF transmission.

Hang on I hear you cry, but Bluetooth has problems. Well, priced at €369 the Mikme pocket looks to address Bluetooth’s traditional issues with regard to range, reliability and quality. This is a product that combines the advantages of both wireless and wired setups. Primarily aimed at those using their smart phone for video capture the selling point of this microphone is simple. If at any time you’re using it and it loses connection with your phone it will automatically re-sync the audio with the video. This is performed at the end of the recording with Mikme’s patented ‘lost and found’ protocol. 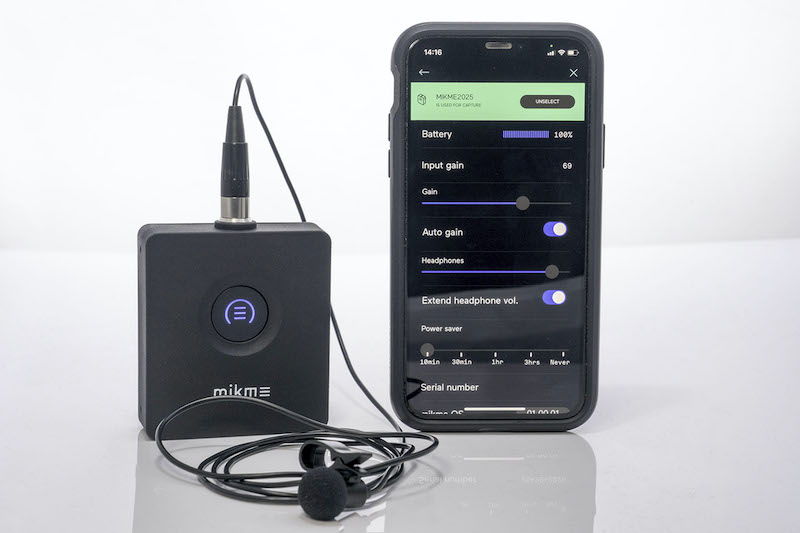 Enter the The Mikme Pocket

The Pocket is a traditionally sized mic pack unit that attaches to the belt or can be mounted on a quarter inch thread. The standalone version comes packaged with a basic but quite functional microphone with a large diameter capsule and an interestingly designed single piece clip. They even include a ferrite core in the box if you have issues with RF suppression in the mic cable. You can also purchase a pro version of the microphone (€149) with better Max SPL figures (126db vs 110db) a wider frequency response (50-2,000Hz vs 17-18,000Hz) and a better S/N ratio (70dB vs 58dB). It’s packaged with a wide range of mounting accessories including a magnetic lanyard. Both mics utilise a mini XLR plug for durability purposes.

Pairing the pocket with your phone over Bluetooth using the app allows you to control audio levels, sampling rates, editing and mixing tracks a lot more besides. This includes the ability to watermark your video using your smart device’s camera. That’s not to say this is only for use with your smart phone as it can also be used stand alone the app can even control the Pocket remotely without recording anything on your phone.

The large centrally mounted button can start and stop recordings. The led shows record status, whether it’s in auto (pink) or manual (yellow) and can also indicate overload by blinking. The unit has a headphone socket with volume level buttons that doubles as a physical record level control if not using the app.

The Pocket comes with a 16 GB of on-board storage but with no ability to expand that. Recording settings from 44.1 kHz compressed 16 bit m4a all the way up to 96KHZ 24 Bit wav are available. The recorder itself can also be accessed over a micro USB connection as both a mass storage and an audio device. Battery life is a typical 3.5 hrs when recording and you can link up to 3 units to one phone and then edit and mix the tracks them on your device when the recording has been completed.

In practice it worked perfectly and tested it by connecting 2 Pockets to one phone, with no problems although it should be noted that any on phone recording is limited to 16 Bit 44.1 Khz.

That’s not to say it’s perfect though. From a physical point of view I would have liked an option to mount the belt clip at 90 degrees as the mini XLR plug can sometimes be a bit large for children or other contributors and having the plug horizontal rather than vertical might prove more comfortable.

This little box and the associated app has a lot of functionality and I’m pleased to see that Mikme have dropped the original plan to make some of the features only available by subscription, everything is included in the up front cost.

It’s lost and found protocol means that recording to devices without Bluetooth relies on post production processing of the original files recorded on the Mikme itself - nothing new. I’m looking forward to a day when a more elegant solution might be available. A camera with a built in compatible receiver would be an excellent idea but the route to get there is far from straightforward.