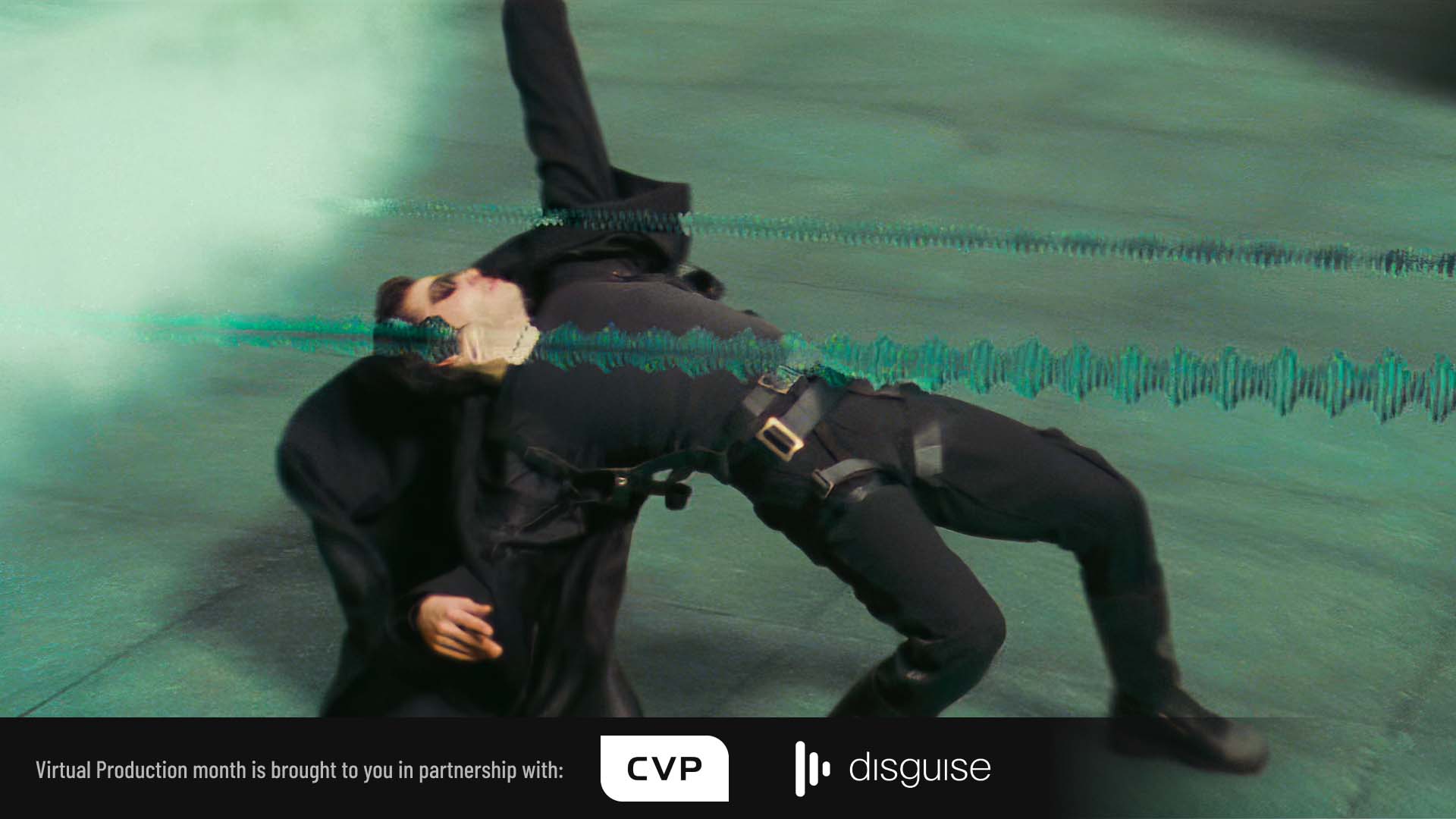 Virtual Production is a catch all for a wide number of things, but it is far from a recent development.

It's been a dream of filmmakers to have absolute control over the set. Particularly problematic are exterior scenes where, with all the will in the world, aspects such as the weather cannot be controlled. If it's sunny, but you want a rainy scene, you have the logistics of creating the wet weather, whilst on the other hand if you want a glorious summer's day and it's torrential, well, you're out of luck. And then there's the permissions required. If you film in a city such as San Francisco for instance, you might need the consent of every single resident in a street, and one objection could scupper the whole thing. So it's easy to see the appeal of virtual production in front of an LED array.

Connecting a camera to a responsive virtual background isn't a new idea, but it has taken until now for technology to reach a point where the realtime computer imagery is good enough, and high quality, large LED volumes have been possible. But although realtime virtual production is fairly recent, the concept of virtual cinematography itself can be traced back over 20 years or so.

It was John Gaeta of The Matrix fame, who first coined the term "virtual cinematography". Gaeta revolutionised special effects on the film, using photo-real recreations of actors and locations. Primarily The Matrix will be remembered for one shot in particular, that of Keanu Reeves' character, Neo, bent over backwards as he avoids a stream of bullets fired by Agent Smith on the rooftop of a skyscraper.

The shot, often referred to as Bullet Time, but also Time Slice, Flow-mo and others, effectively froze time, or slowed it right down, depending on how the camera array that was used to take the shot was set up, and moved the shot through the environment. The effect was used multiple times during the film, but the bullet dodging scene is by far the most famous. But why was Bullet Time such a revolution?

First of all, we should acknowledge that The Matrix wasn't in fact the first time the effect had been used. As early as 1985 a band called Accept used a very rudimentary version of the effect for a music video for their song, Midnight Mover. Much later in the mid-nineties, films such as Wing Commander and Lost in Space used a very smooth looking version of the effect, as did an advert for Smirnoff in 1996.

However, unlike those films, it was The Matrix that really brought the effect to prominence, using complex 360 degree camera paths, and mixed real actors with photo-real CGI backdrops.

Bullet Time, as used in The Matrix took the virtual camera and span right around the actors, as well as moving in on them during key moments. These complex camera moves required that the actors were filmed initially in front of a green screen because the cameras would be in view throughout the shot, and therefore the environment had to be recreated with CGI later.

The key advantage of Bullet Time was that it froze or hugely slowed down time, yet the 'camera' was free to move around the action in realtime after the fact. It worked by setting up a vast array of stills cameras around the actors as they performed their key movements in front of a green screen. It could take up to 120 cameras to capture the shot, with a high speed motion film camera at each end of the rig. Each image then had to be digitally scanned and then matched. This was before DSLRs existed, after all. The raw result of assembling the images together was quite shaky, and there were inconsistencies in the colour due to lenses other anomalies, so the shots all had to be matched and stabilised. They were then interpolated using early Optical Flow technology, which interpolated frames and allowed the shots to be slowed down even more.

The marrying of the virtual background with the real movements of the actors was a technical achievement in itself, requiring precise computer pre-visualisation to work out the camera positioning, and then a CGI recreation of the real locations for the final shots.

Despite the immense amount of work involved this was one of the first times that a 'virtual camera' could be used to 'move' through a scene independently of real-time movement. And although the effect was not able to be manipulated in real-time on set, it sowed the seeds for the concept of virtual cinematography. It also become one of the most emulated, and spoofed, visual effects of all time.

The effect is far from obsolete, however. It is still being used for high level projects now, primarily by New World Designs, for who the people behind it were involved in the original Bullet Time effect for The Matrix.  It's also not an effect that has become very democratised, requiring as it does, hundreds of cameras.