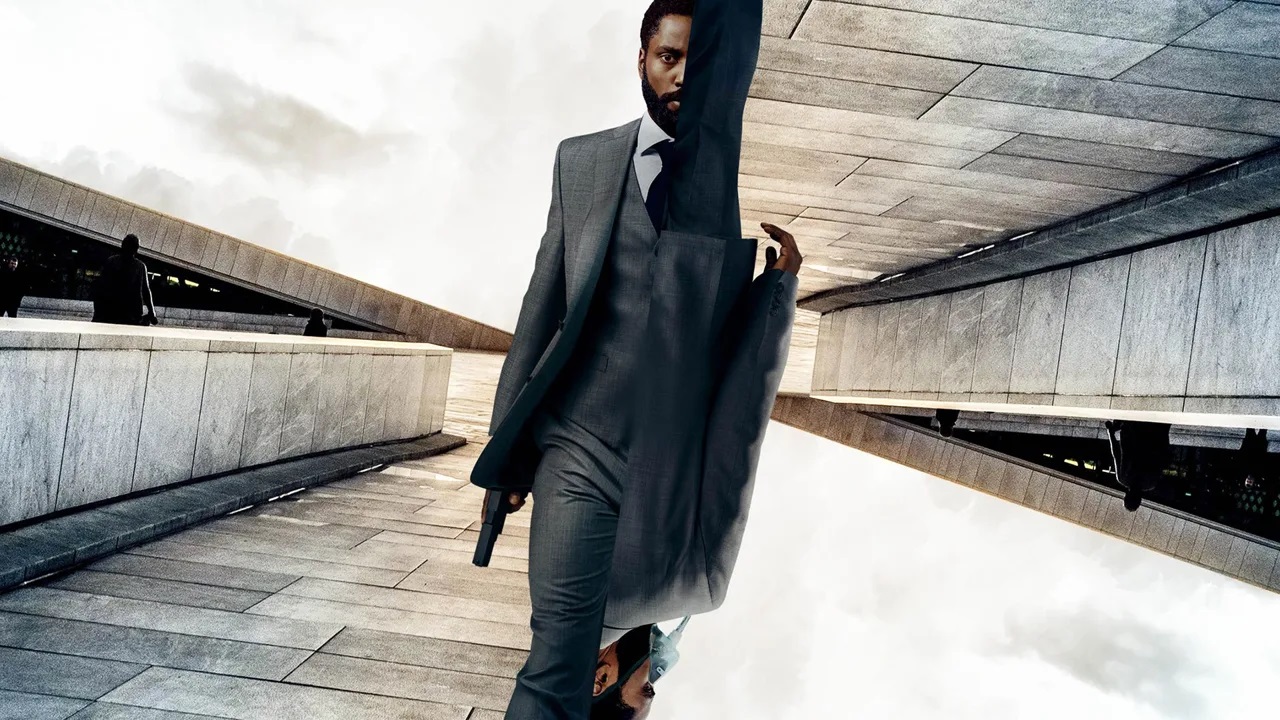 Replay: Christopher Nolan's Tenet has drew criticism across the board for its sound mixing decisions. Phil Rhodes tries to make sense of it all.

It’s not usually our purpose to review films here, but when there’s a technical angle to a popular interpretation of a movie we’ll make an exception. What’s happened with Tenet puts it squarely in that area. When cinemas are posting photocopied notices explaining that the venue’s equipment isn’t faulty, there’s something worth discussing.

Your correspondent watched Tenet in a well-appointed auditorium – screen one at the Picturehouse Central in Piccadilly, with 70mm projection. The three people in our party agreed with several others that the dialogue was frequently inaudible to the point of severely impacting comprehensibility not only of individual conversations but also the film as a whole. Despite its sophisticated filmmaking and stellar production values, which should go without saying for a $220 million production, Tenet is not, frankly, a particularly original storyline.

It doesn’t feel like it ought to be very hard to follow. Science fiction fans are used to time-travel storylines, which are a bit of a crutch to writers anyway. It’s also not the music. Nolan’s films have been described as using “foghorn scores,” though longtime collaborator Hans Zimmer is actually absent here, having been busy on Dune.

The score, which is still typically booming, was composed by Ludwig Göransson and seems entirely appropriate, though the whining, excessively autotuned falsetto on Travis Scott’s The Plan, used over the end credits as well as in trailers, is rather hard to stomach. The score is fine; the script seems OK from what we can hear of it. It's the sound mix that's the issue.

The controversy, if any, is not whether there’s a problem. It’s clear that a significant number of people were irritated by the inaudibility of the dialogue and it’s mentioned in reviews from the Guardian’s down. Variety’s article on the subject at least attempts to strike a balance by interviewing a carefully nameless “award-winning sound mixer”, but the excuses, where they exist, seem paper-thin. The thing everyone’s seeing as a problem is, apparently, intentional, something to do with wanting to make cinema a more visceral and physical experience.

Whether or not this is a sophist’s simile for “overbearingly loud” is a matter of interpretation, although Nolan has been credited with being the “saviour of cinema” for encouraging people to recognise the value of a (deep breath) £17.50 ticket to see his showpiece films in the proper environment.

Cinemas, incidentally, do have a volume control, although not much ability to make the dialogue any more separate from the overall mix than it is. An unscientific opinion poll of projectionists reveals that most cinemas run a couple of clicks down from the Dolby-specified levels because it reduces audience complaints about excessive noise, particularly for mainstream Hollywood blockbusters with their action-movie trappings.

Mixing it for themselves

It wouldn’t be completely unreasonable to suspect that at least some sound mixers are mixing for themselves rather than the audience. Like club DJs, these people may exist in ultra-loud environments so often and for so long that the resulting hearing damage means they’re not really experiencing the sound in the same way an audience will anyway. Does anyone except the DJ actually want nightclubs to be that painfully, injurously loud? Or cinemas? These things are supposed to be entertainment, not an endurance test.

But those are all side issues. This is not about absolute volume; it’s about relative volume. If this is the choice that’s been made, then the argument becomes one of legitimacy. Is it reasonable for Nolan, or his sound mixer, to deliberately make dialogue inaudible? The high-pitched shrieks of people screaming of course it bloody isn’t are audible even from this side of the keyboard, but in extremis it’s art and it’s a matter of opinion.

It’s a matter of what Nolan’s intent is. Presumably his intent isn’t to irritate the audience, to annoy them, and to cause them to wish things were otherwise in such an obvious way. That’s… that’s… trolling. It might be valid art but it’s downright perverse entertainment and not something that anyone should be charging money for.

In the end, this might be what executive interference is for. Nolan is extremely powerful, probably one of the top few most powerful people in film. He is at gigantic risk of something we might call Lucas Syndrome, in which someone becomes so isolated by seniority from any form of criticism that nobody feels in a position to say “sorry, George, Jar Jar Binks is a terrible idea.”

So the problem is not sound mixing, not really. Nor is it excessive volume. It’s a failure to adequately recognise that filmmaking is a team sport, no matter who you are.