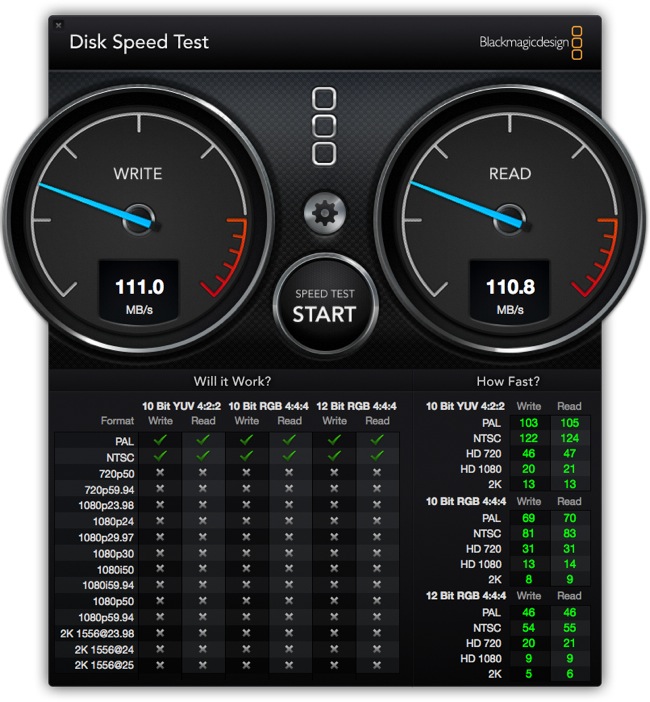 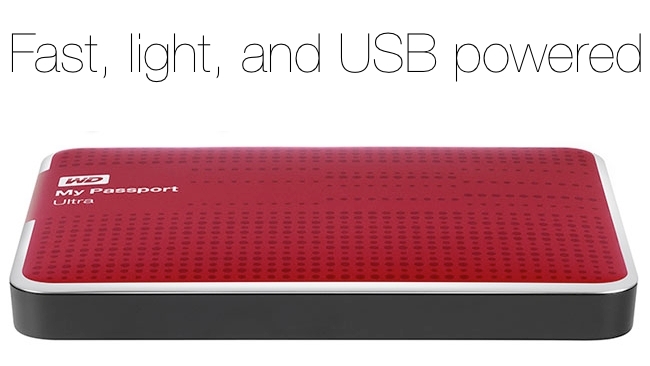 Here's a nice-looking portable USB 3.00 drive from WD. We tried it to see how it would handle large file transfers

USB powered hard drives have mostly been a good thing. In the past they've been slow, don't always get enough power to run properly, and have been somewhat unreliable. But because of the relatively large capacities available relative to USB Flash Drives, they've been used by media professionals for quite a few years now.

We've just tried a Western Digital 500GB My Passport drive. It's very light, pretty fast, and seems to "just work". There isn't a huge amount you can say about a simple device like this. Here's the result of running BlackMagic's Disk Speed test on it: 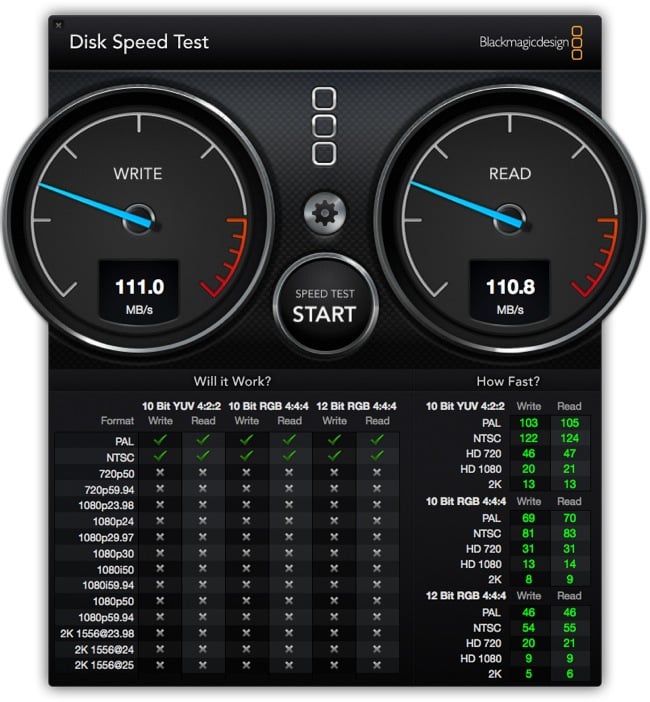 And just to make sure, we copied a selection of large media files totalling 100GB from a Thunderbolt Raid 0 system to the WD. It took 15m 30s to write the files to the My Passport Ultra.

We like this thing. It even looks good. As we move into an era of raw video files, you're going to need something big and fast - but if you're away from mains power, large RAID systems are out of the question. This type of drive will be slower, but it gives you independent backup needing only a single USB connection for both data and power. On location, that could be a lifesaver.

It's available now in 500GB and 1TB versions, with a 2TB model coming soon.

Here's RedShark more detailed description of the My Passport drive, written when it was first announced, with information from WD's press release.