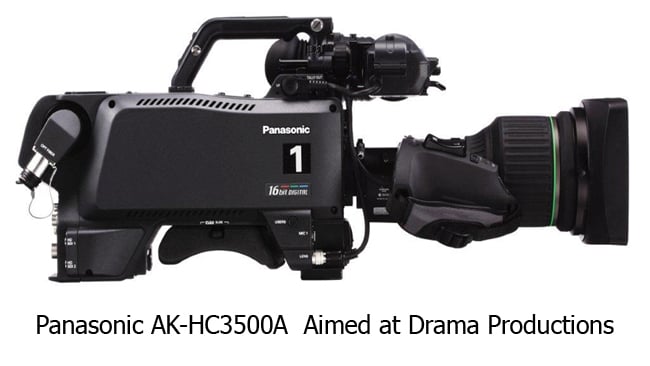 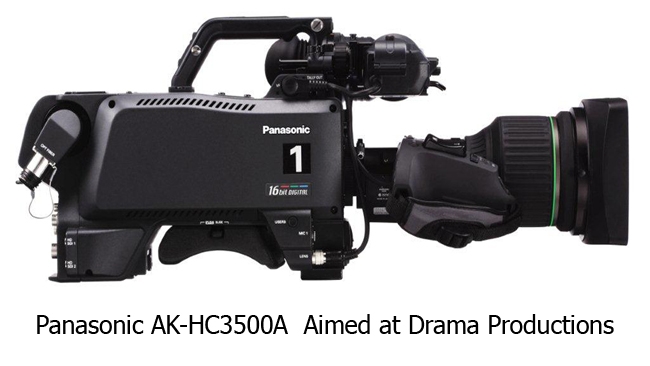 The camera incorporates a 2/3 type 2.2 million pixel IT-3CCD enabling sensitivities of F10 at 1080/59.94i and F11 at 1080/50i, its maker claims. It also features 60dB S/N, and implements both spatial pixel shift technology and a 16-bit A/D (RGB)-attached internal processing 38-bit digital signal processor.

Camera Options for the Future

Camera options now combine the AK-HCU355A CCU (Camera Control Unit) with the AKHRP935A ROP (Remote Operation Panel) to form a single high-end studio camera system. Uncompressed HD material can be piped via ﬁbreoptic cable for up to two kilometres between the camera and the CCU. The camera control unit of the AKHCU355A supports four-line return signals (HD/SD SDI) and two-line intercom input, and can also supply power to the camera.

Also on view will be the AK-HVF70G compact 7-type LCD viewﬁnder with a variety of assist functions, allowing a large studio-sized lens to be attached to the camera.

Kunihiko Miyagi, Director of Panasonic’s Imaging Business Division, says the AKHC3500A studio camera offers "greater picture quality, with the latest 16-bit A/D-attached DSP, allowing us to meet the needs of the diverse users of Panasonic's studio camera systems.” He added that in the future we can expect to see Panasonic "expand our lineup of remote camera sytems and switchers, and strengthen camera portability to provide more convenient live video production solutions.” 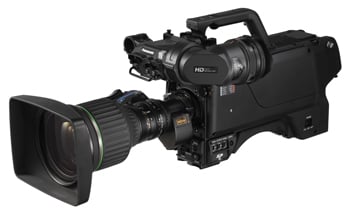