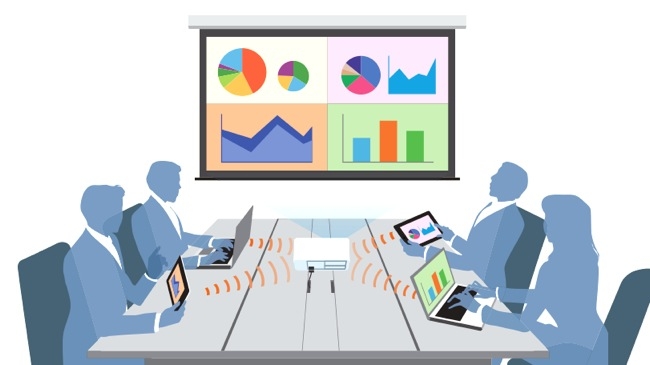 Panasonic has developed a new app for Android and iOS users, allowing them to share and project images wirelessly. The company has said that it believes that smartphones and tablet devices are "significantly transforming business practices, communication of information, and the way we handle data." It is also increasingly integrating wireless features into its projector lineup.

Panasonic's new wireless projector app, Panasonic Wireless Projector for Android/iOS, is now available on the Google Play store. As yet, there is no support for video playback, but the free app enables screenshots, PDF files, PowerPoint files, and JPEG images to be projected over wi-fi networks from a Panasonic projector. The app allows users to flick through pages and rotate, enlarge or reduce the screen using the familiar 'pinch and pull' operation interface.

Both Panasonic Wireless Projector for Android/iOS and Wireless Manager ME for Windows and Mac OS enable users to connect several devices wirelessly, avoiding compatibility issues or the need to switch the input at the projector or reconnect devices. Users can also share and switch between equipment collaboratively.

To see the App in use, watch the videos below for Andriod and iOS.