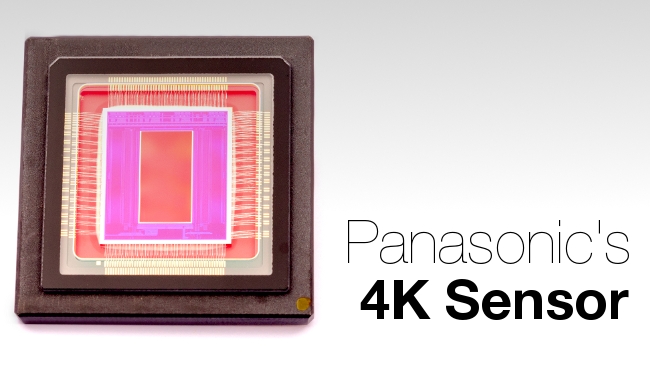 Just when it seemed Panasonic completely missed the 4K boat, the camera manufacturer shows up to dock with its very own 4K sensor. Could a camera be that far off?

While it seems the rest of the video camera world is on a full rush to 4K, Panasonic's pace can best be described as a leisurely stroll. But that's a little unfair. Panasonic has been laboring behind the scenes to make its foray into 4K a meaningful one. Panasonic, in partnership with Imec, a leading nanotech firm, recently unveiled a '4K2K' sensor that could make its way into video cameras in the near future.

In another RedShark article, we revealed Panasonic's timeline for 4K, with new products set to launch in 2014. We don't know if this new sensor will help accelerate the schedule, but given the timing, its not a stretch that new Panasonic cameras could debut even sooner.

Here's the lowdown from Imec, as communicated through its press release:

"The number of pixels on image sensors in video and still cameras keeps increasing, along with the frame rate and bit resolution requirements of the images. 4K2K will be the next-generation broadcasting format, offering an increase by a factor of two in both horizontal and vertical resolution compared to current state-of-the-art High Definition TV.

"The image sensor chip is a floating diffusion shared 4T pixel imager, with a pitch of 2.5 micron and a conversion gain of 70 μV/e-, which allows for both a classical rolling shutter or stagger-laced scanning mode. The 4K2K 60-fps imaging performance is realized by 12-bit column-based delta-sigma A/D converters. The stagger-laced scanning method improves imaging sensitivity and realizes a 50 percent reduction in output data rate by alternating the readout of two sets of horizontal pixel pairs arranged in two complementary checkerboard patterns. Additionally, the overall power consumption of the imager is less than two Watts."

To this observer, given the specs, the 4K2K CMOS sensor sounds like the perfect centerpiece of Panasonic's next entry in its professional and prosumer lines, joining the lineage of the DVX and the HVX cams.