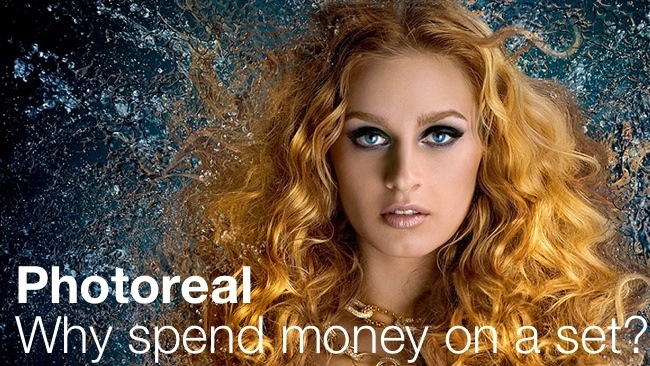 Photorealism is not an objective thing. What might look real to one person might look phoney to another. It largely depends what your expectations are, and what exactly you're looking for

But what isn't in doubt is that the state of the art in photorealism is advancing very quickly. This is inevitable for all sorts of reasons, but here are just two.

Computing power is increasing exponentially, when you meld together the advances in CPU and GPU acceleration. So it's possible to include more detail in a given time.

Techniques that contextualise computer-generated objects have improved. These include depth of field, fogging, desaturation with distance, and camera shake. All of which not only increase the sense of realism, but add to it by potentially masking any inadequacies in the CGI models and scenery.

And photorealistic 3D applications are getting more accessible and easier to use. Keyshot is increasingly used by advertisers and architects to create photorealistic objects and scenes. What makes it easy to render a realistic Keyshot model is that it goes with a massive library of "scientifically accurate" materials that you can simply drag to an object to apply. The process is easier because it's pretty much real-time and you can see the results interactively.

There's a new animation tool where you can apply movement to separate parts of 3D models: so you could rotate an entire watch, for example, while the hands are moving separately.

There's an important reason to use computer generated images now that they're so accessible: it's cheaper than using the real thing. You can set up an almost perfect shot, complete with lighting, and you'd be hard pushed to better it in the real world.

There's just one snag. You still have to make the models, and they're not cheap - but, increasingly, there are libraries of 3D objects that you can buy, and import into programs like Keyshot.

If you like photorealism, here's what we think is an absolute masterpiece.