Can tools for restricted mobility gamers be used for those wanting to edit? 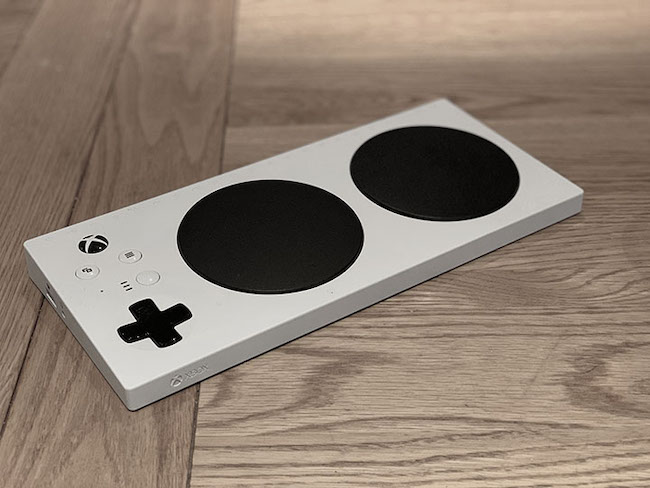 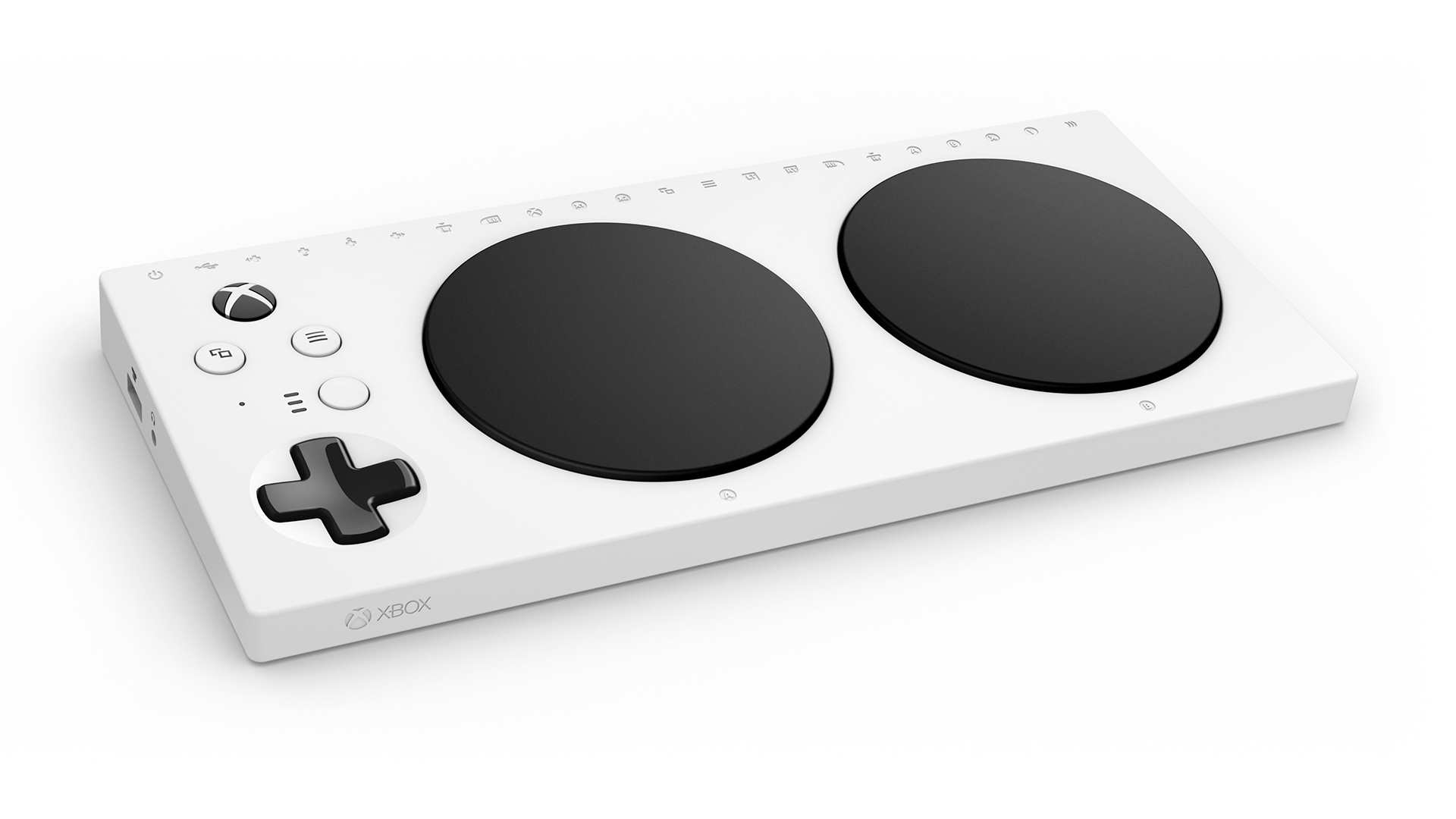 In September 2018, Microsoft launched its adaptive controller for the Xbox One (XAC) which was aimed at providing an interface for people with restricted mobility to be able to control games. Can it also be used to control an NLE?

This reasonably priced £75 controller has a built-in larger than normal D-pad and two very large A&B buttons which, of course, can be remapped to other functions. It can also be tailored to three different players or setups via its built-in controller profiles and a dedicated button that switches between them. The big selling point of this controller is the ability to hook up an additional 19 buttons and switches to control various aspects of gaming via a set of 3.5mm jacks. However, these additional third-party buttons and switches can be prohibitively expensive, usually costing upwards of £40. This means that to gain all additional functionality the Xbox Adaptive Controller offers you, you need to spend a significant amount on a number of extra controls. This cost can add up quickly, easily running into hundreds of pounds. 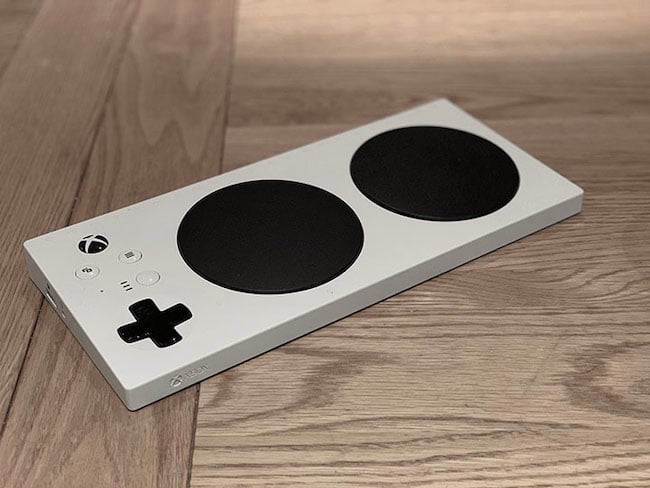 Roll on 14 months and Logitech steps into the arena with the launch of their product, the Logitech G Adaptive Gaming Kit. Retailing for £99.99, it contains three small buttons, three larger ones as well as four light-touch buttons and two variable trigger controls. The kit also includes two hook-and-loop mats on which they can be mounted, a vast array of hook-and-loop pads and a number of stickers that can be used to label the controls. Logitech G worked with the Microsoft Inclusive Tech Lab and leading accessibility groups, including The AbleGamers Charity, Abilities Research Center at Mount Sinai and SpecialEffect, to ensure it meets the needs of the community. Jenny Lay-Flurrie, chief accessibility officer at Microsoft said: “With the addition of Logitech G’s Adaptive Gaming Kit, we’re excited to see that impact continuing to grow. It’s never been more important to design through the lens of disability and push the boundaries of what technology can do to be inclusive of everyone around the world.” 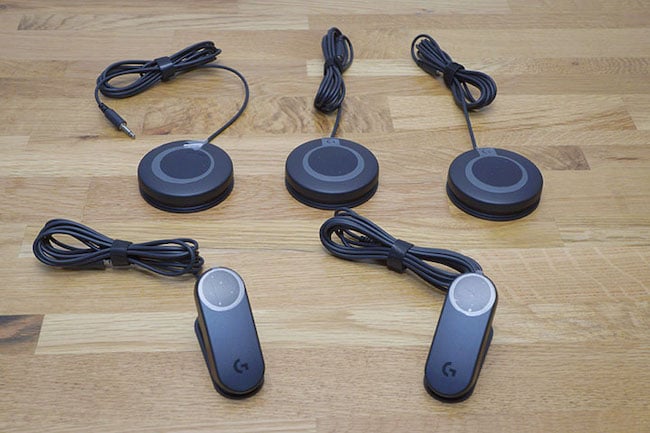 What’s also important here is that each of the buttons and switches can be mounted, either with a hook-and-loop system or via a screw thread at the rear. The ability to have the controls placed exactly where the user can activate them is key as each individual has their own needs regarding placement. However, gamers are not the only user group who could benefit here. With a little coding, it should be possible to add the ability to bind controls on the XAC to a keyboard and hence shortcuts in an NLE. However, at the time of writing this doesn’t seem to be supported.

The sheer number of buttons and switches you get for your money is outstanding. Logitech has repurposed some of the components used in their other products and has the experience and expertise to be able to do so at a very reasonable cost. This should also bode well for longevity.

It would be great to see more products like these, for too long people with restricted mobility have been forced to use expensive products and this can be a major barrier against use. As for future improvements? I’d like to see some larger plug-in buttons, about the size of the ones that already exist on the Adaptive Controller. Maybe in the future the inclusion of some other switch types, like a proximity sensor or a wearable tilt switch? There are a whole host of restrictive conditions that could benefit from a variety of more affordable options. The variety of controls do exist at the moment, but their tendency to attract high prices can limit their appeal. Let’s hope Logitech, Microsoft and companies like them can develop more products in this area.

I have to congratulate and applaud both Logitech and Microsoft for what they have done. This is especially important when you consider that these products are probably not going to be selling in any great volume. Let’s hope this is just the start of the wave of inclusion and that they can introduce an easy to use way to bind the extended XAC functionality into Windows 10 itself, not just to games.