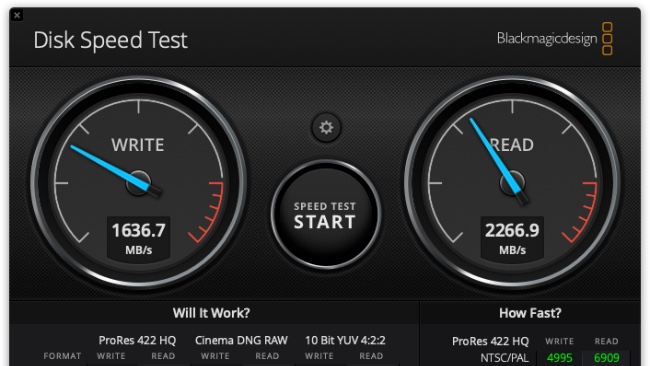 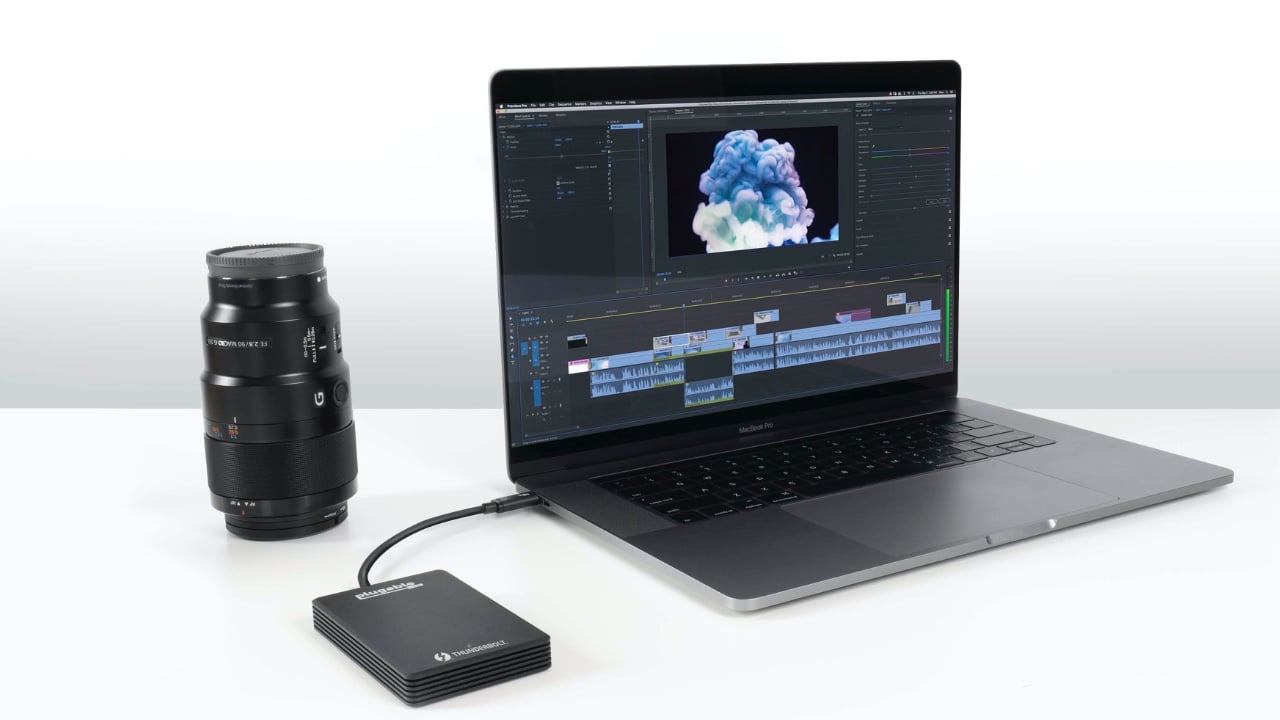 We're always on the lookout for fast, portable storage, and this option from Plugable is one of the fastest we've tested.

Plugable’s drive is about the length of half an iPhone and almost two iPhones thick. It is made of aluminium and has a generous number of cooling ribs on three sides. The smooth metal backside is home to a very short 20cm integrated Thunderbolt 3 cable. The Plugable logo is printed on the top with the Thunderbolt logo beneath it. It’s available in 1TB and 2TB capacities — I received the 1TB version. The only accessory in the box is a velvet pouch that sits tight around the body but leaves the cable exposed.

I am not a huge fan of integrated cables, certainly not on mobile drives that are often tossed into a bag or case and can easily end up snatched off if you’re not careful. Yet, many a manufacturer opts for integrated cables and perhaps the advantages — you can’t forget to take one with you, nor can you mix up a 10Gbps USB-C cable with a 40Gbps Thunderbolt 3 one when leaving for an important job — outweighs the disadvantages. Still, I would have liked the cable to be a little bit longer.

I checked the Plugable drive with DriveDx, a disk utility for the Mac that uses a disk’s SMART information to establish its health. The brilliant thing about DriveDx is that it reads external drives’ SMART data no matter the connection technology (USB, Thunderbolt, etc) as well as the SSD manufacturer’s data if it’s available. That’s how I found out the Plugable has a Phison controller (but the app did not pass by the controller data to reveal the actual SSD’s manufacturer and type), while the 1TB OWC Envoy Pro EX (EV) NVMe drive that I’m using to compare it with, has a Samsung EVO 960 inside. 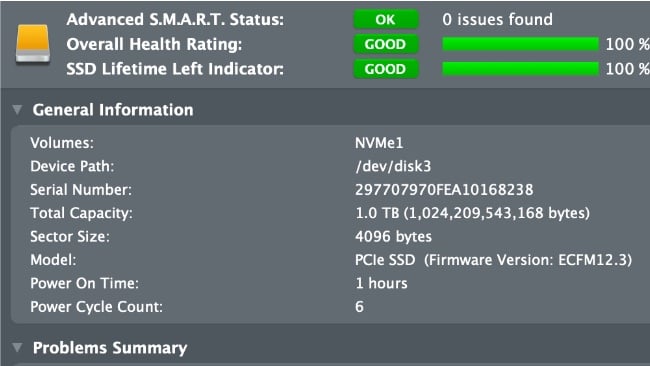 The Plugable device as reported by DriveDx. The firmware points to Phison

With that out of the way, I took to Blackmagic Design’s Disk Speed Test app and ran the throughput tests. I expected about the same performance as the Envoy Pro, which is why I was actually blown away by the Plugable. With a write speed of 1636MB/sec and read speed of 2266MB/sec, this drive is the fastest I have tested so far. 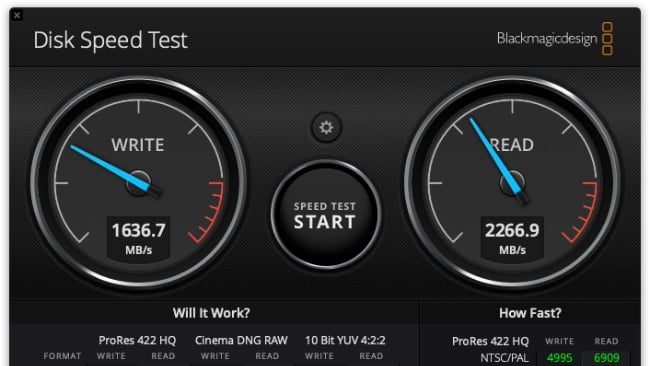 Blackmagic Design Speed Test reports these throughput figures, regardless of the stress put on the drive

At first, I thought it was the formatting the drive comes in, which is exFAT, that was causing the speed, but it wasn’t. The Plugable is as fast in APFS, HFS+ or whatever else you care to format it into. 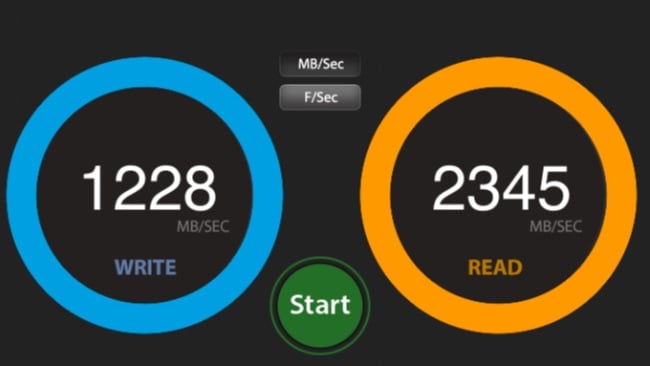 The high-speed feast immediately became obvious when I tried a few real-world things like uploading a couple of 10-minute video clips to the Plugable, starting Final Cut Pro X and rendering out the clips with a blur and ColorSynth effect. Final Cut finished rendering the clip in about half the time it took when I ran the same test using the Envoy Pro and three times as fast as when the clip resided on the built-in Fusion disk.

Also, there appears to be no throttling going on, so, although higher temperatures may shorten the lifespan of the unit a bit, you won’t see a rendering, offload or backup job slowing down to a fraction of the initial speed with this device.