Whatever happened to plasma displays?

The Pioneer PDP-436SXE 43in Plasma television. The Pioneer's were often seen as the best plasmas available until the company decided to discontinue television production in 2010

Plasma displays were once the creme-de-la-creme of television technology. With deep blacks and great colour, they could rival CRTs at a time when a lot of the LCD technology at the time was often seen as less than inspiring. But did the plasma display ever have a real future?

Having new ideas is lovely. The problem is that they’re invariably pitched up against old ideas, which have the benefit of experience behind them.

Consider some technological almost-greats of the last few decades, just in the field of film and TV. Anyone have a plasma display on the wall at home? No? There was a time when the writing was on the wall for CRT displays and the writing did not say “TFT-LCD”. It said “plasma display panel”. Plasma displays are made, quite literally, of tiny cells full of ionised gas. Early types were filled with neon which glowed the characteristic red-orange when a high voltage was applied, creating the bright orange flat panel displays found in early 90s laptops. 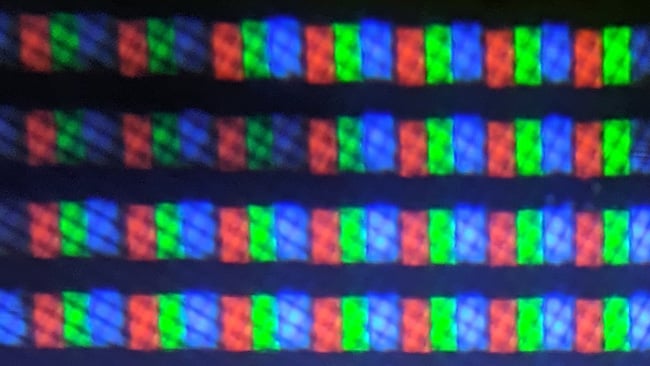 This image reveals the structure of the Pioneer PDP-V402 plasma display panel. There's a mesh over the front of the matrix of cells to provide electrical conductivity and not great fill factor

Full-colour plasma displays are filled with a gas mix including mercury which, as in a fluorescent tube, emits ultraviolet radiation when excited. The UV light excites coloured phosphors which glow with colour performance very much like that of a CRT. Crucially, if we turn the power off to a particular cell, it is thoroughly and completely off and the light output can be zero. That means that plasma displays can achieve almost OLED-like black levels. Many don’t, as a consequence of less-than-ideal electronics, but the performance was a bit better than most LCDs. 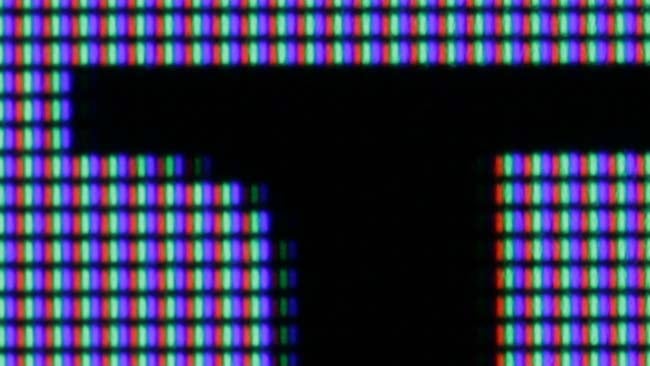 The BenQ PV3200PT is a good example of a modern TFT-LCD display. Notice the higher fill factor and lack of mesh

The problem was, it wasn’t a lot better than the best LCDs, because LCD was a maturing technology. Plasma as a full-colour display dates back perhaps to a 21-inch Fujitsu panel in 1992, though they didn’t become consumer products until the late 90s and they didn’t become really practical until a few years after that. Conversely, researchers at Westinghouse created the term “active matrix” in the 1970s to describe what would become TFT-LCD. In the end, manufacturing techniques for big TFT-LCD panels improved enough to outsell plasma in the mid-2000s.

Large plasma displays were being shown at the big shows as recently as ten years ago, but, in the end, they were a technology that was quite literally outshone by a more experienced incumbent.

Images of the Pioneer PDP-V402 plasma display panel appear courtesy of the people at Rarevision LLC, whose enthusiasm for retro technology is exemplified in the VHS Camcorder application.