Caldigit's tough little SSD could be the perfect portable storage 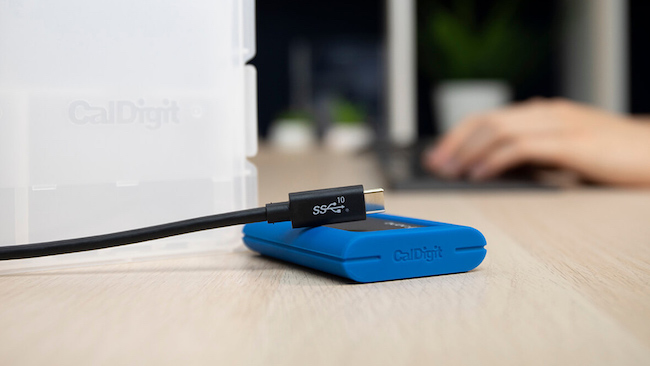 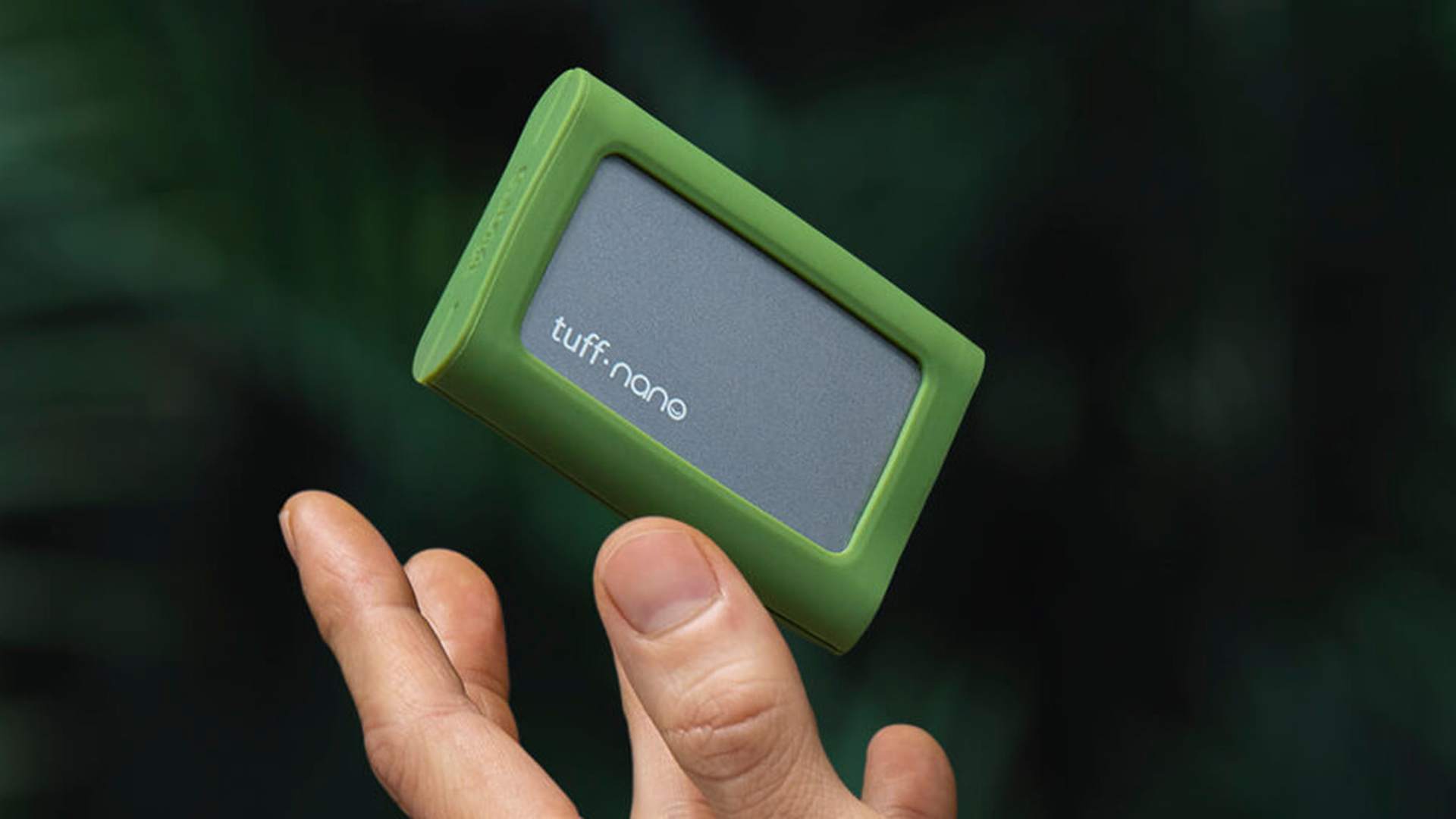 Review: The Caldigit Tuff Nano is a tiny SSD that is designed to take everything the environment can throw at it. How does it perform in the real world?

CalDigit released what must be the smallest mobile NVMe SSD currently available. The 74 grammes CalDigit Tuff Nano has a capacity of 512GB (soon also available in a 1TB version). The Tuff Nano is slightly bigger than two CompactFlash cards laid next to each other and slightly thicker than two of them stapled on top of each other. It comes with two cables in a sturdy plastic storage box.

Small though it is, the Tuff Nano has some impressive specs. The version that I tested holds 512GB with a theoretical maximum throughput speed of 1055MB/sec. It is immersible up to 1m for half an hour (IP67-certified) and survives drops from up to 3m. Its IP67 certification is due to the Nano’s silicon rubber enclosure and the IPX8 USB-C waterproof connector.

For this high-speed Tuff, CalDigit developed a power management mechanism that monitors the traffic for both the internal NVMe SSD as well as the storage controller. During system idle time, the Tuff nano will stay in low-power mode, prolonging the lifespan of the internal SSD and its components as well as your laptop’s or iPad Pro’s battery life. 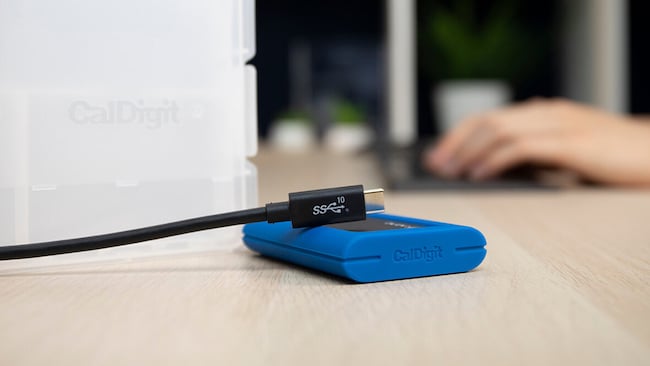 I tested the Tuff Nano with Blackmagic Design’s Disk Speed Test and AJA’s test app. CalDigit’s speed claims were pretty close to my results when the drive was cool. In Blackmagic Design’s Disk Speed Test it sustained a write speed of around 700MB/sec and a read speed of 920MB/sec with a 1GB file. The AJA test showed a slightly higher throughput performance on the write side, resulting in a maximum speed of 760MB/sec. Maximum performance was obtained using a passive Thunderbolt 3 cable. I noticed that when the drive became warmer than my skin temperature, which it reached after about 10 minutes of running the AJA test, its write performance dropped to around 550MB/sec while the read speed remained unchanged. That's on par with many other NVMe drives.

The Nano gets warm but never hot. This is due to CalDigit’s fine-tuning of the drive’s throttling mechanism which kicks in as soon as the drive reaches a level that is a bit hotter than skin temperature. As the internal temperature is one of the more important factors in the lifespan of a memory device, the Nano should last longer than most other such drives. Another reason why the Nano is bound to last longer than many of its competitors is the removable cable. Permanent cables are a weak spot in that they easily break with rough handling.

In short, the Tuff Nano is a nice addition to CalDigit’s product portfolio. Imagine a RAID with these little critters in a box that’s no bigger but weighing less than a box of chocolates…

The Tuff Nano 512GB costs around £160 and is available immediately from CalDigit’s online store.