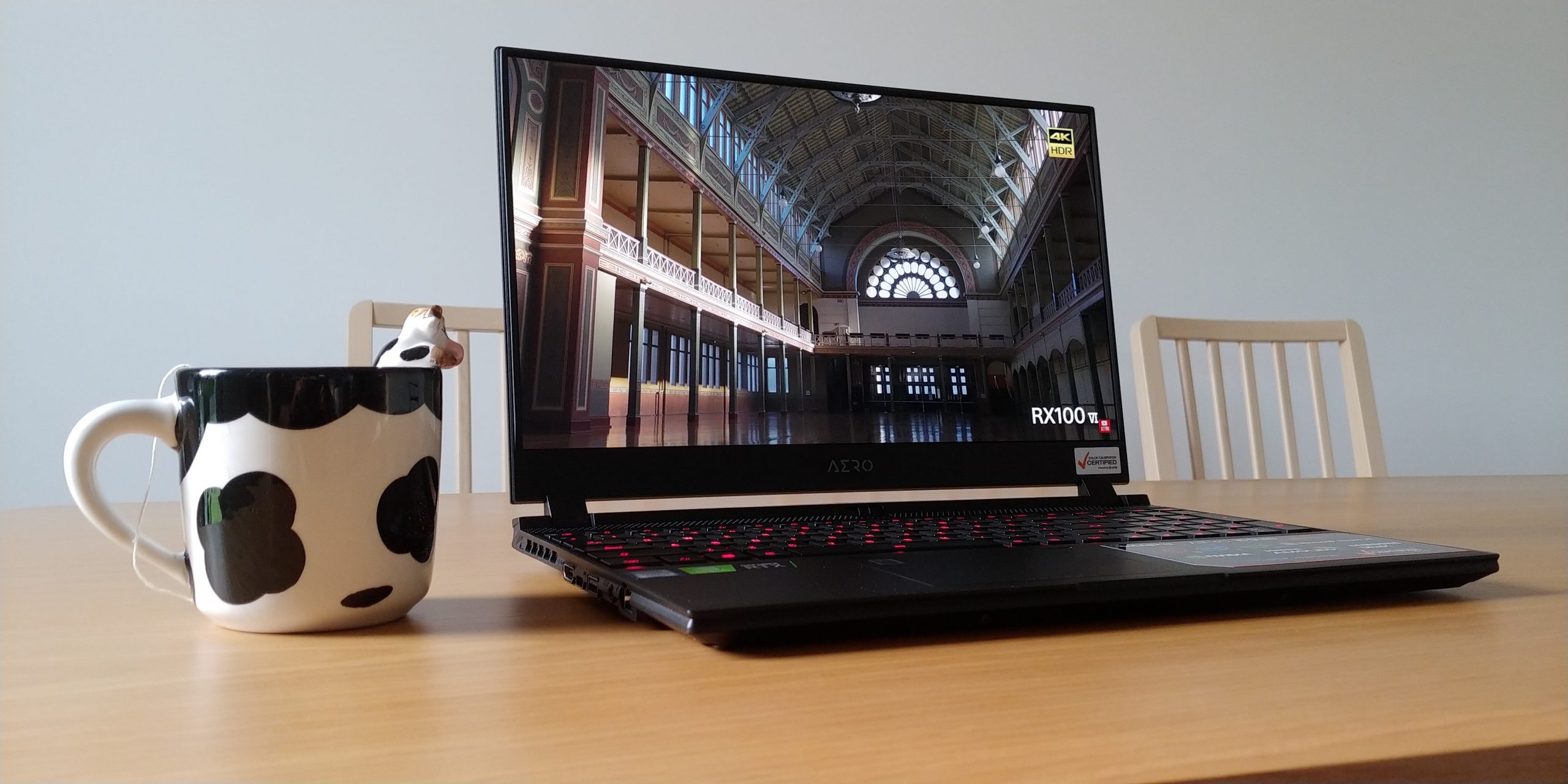 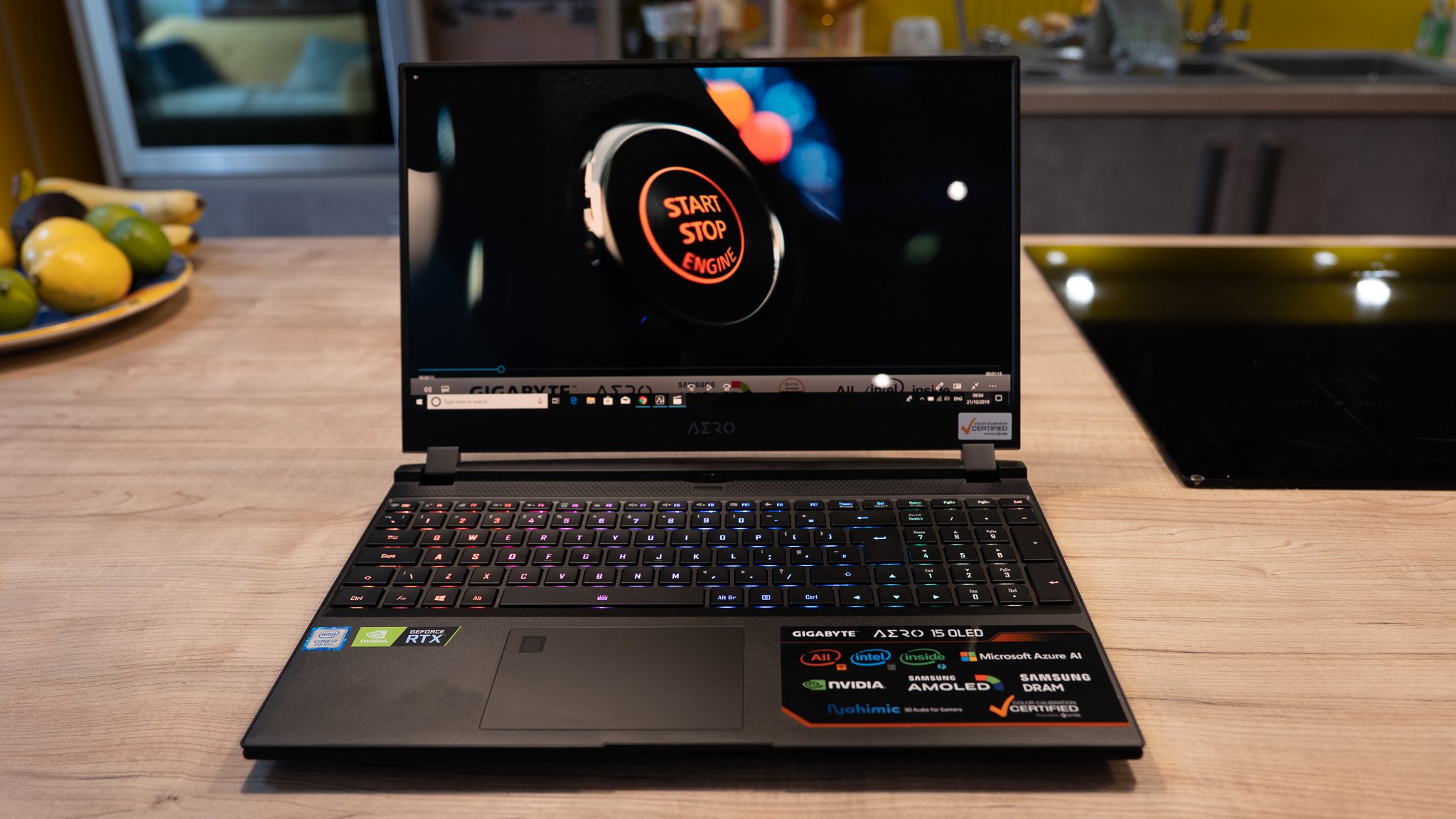 A workstation-class laptop with a ray-tracing GPU and a 4K OLED screen sounds pretty tempting. Here's what David Shapton says it's like to live with

Windows laptops have reached a stage in their evolution that would seem incredible even a few years ago. It's been possible to buy slim laptops for a long time but to achieve a svelte profile, they've had to compromise on processing power, weight and battery life.

Until now, if you wanted a "workstation-class" laptop, you'd have to settle for a brutish device build from desktop-class components, extremely heavy, more than 2" thick and with a battery life around two hours. This is not something you'd want to take on your daily commute.

Gigabyte's AERO 15 is an entirely different class of laptop.

At less than 2 cm thick (much less than an inch), this is a true media workhorse, with a raytracing-capable GPU and a 4K OLED screen and an 8.5 hour battery life.

Essentially, it’s a computer you could travel with all day with while working on a seriously chunky video project.

This isn’t a conventional review. It's not about specifications (although we do, of course, mention the configuration below). You can benchtest a computer to within an inch of its life, but that won’t tell you whether it’s compatible with your lifestyle.

So, for me, I need to see if this is a computer I could live with day to day, and that means that it has to replace at least two - possibly three computers. That's a tall order.

The small MacBook goes everywhere with me. It’s small (a bit too small…) but has a high resolution screen and you hardly notice you’re carrying it. I use the MacBook Pro for applications that need a reasonably fast Mac, although it’s not that fast now. I use the desktop for my main work machine and for when I need to edit audio or video - and, almost every day, for my normal work of (text) editing and running the content side of RedShark. It has a 40” 4K monitor, which is a screen size I don’t expect to see in laptops just yet.

What I was hoping with the AERO 15 is that it would merge the abilities of these three computers; that it would be highly portable, versatile, and yet powerful enough to handle the a range of tasks that would be challenging for a lesser machine.

First of all, how does it look and feel? I think it's a nice design. It's essentially a minimalist black slab, with an attractive AERO logo on the lid that lights up when the computer's turned on. It's incredibly thin when you consider what's inside it. It feels very solid and well built. In your backpack, alongside the substantial power supply, you certainly notice it. But it's nowhere near the back-breaking dead weight of "traditional" desktop-class laptops. It's something you can easily travel with at around 2kg for computer and I estimate about 0.5kg for the 230W AC adapter. 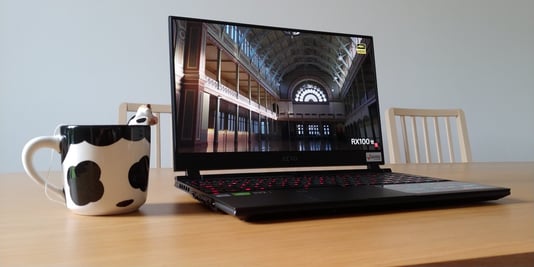 Both sides of the AERO 15 are resplendent in a sight largely unfamiliar to Macbook users: ports - lots of them. Yes, there's certainly an argument that a USB C port can handle pretty much anything with a dongle or a dock, but if you're in the business of transferring files to and from your computer, there's a much stronger argument for just having the correct ports right there where you need them, all the time.

Pretty much the rest of the laptop is taken up with ventilation and cooling. But it's unobtrusive, quiet and very necessary for the powerful components inside to be able to work without any danger of overheating, or any necessity to throttle the performance when it's all going full pelt.

When I first opened the AERO up, I was surprised to see a full sized numeric keypad. At first I thought that this was something I wouldn't ever use. But within a couple of hours I found myself typing numbers with it, and for anyone using timecode, this will be a major boon. It does mean that the alphabetic keyboard is offset to the left slightly, but you get used to that in a few minutes.

Overall, (once you take all the sticky labels off), it's a very good looking machine.

I want to specifically mention the trackpad. It's brilliant! At last, here's a laptop with a trackpad that's as good as a Macbook's. I can't stress enough how important this is. This is the first time, ever, that I've found a Windows laptop that doesn't draw attention to itself because of a sub-standard trackpad. Maybe I'm obsessive with this but a good trackpad really does affect the usability of a computer, and this one is an absolute joy to use.

When you work with a laptop, the keyboard is your primary interface. I'm a writer, so this really matters to me, but I'm not so precious that I need an ermine-lined keyboard with gold-plated keys. The AERO's keyboard feels pretty good to me. It's quiet without feeling at all spongy. Definitely one I can work with.

The keyboard is backlit with full RGB LEDs. The default is a rather impressive multicolored backlighting that sweeps the entire spectrum slowly across the keys. When I first saw it my first instinct was to turn it off, but in the end I liked it so much I left it on. Of course if your're doing colour-critical work, you won't want this distraction, so you can fix it at a single colour, or white. The keyboard is also "per-key" programmable - a very good feature that means you can customise it exactly as you wish.

Even though the individual pixels are to small to see, when you're looking at photos, the sheer detail is astonishing. There's no visible aliasing, and there's a satisfying visual smoothness to images that lower resolution screens just don't have. For text and graphical images, it just seems more natural and - I suspect - less fatiguing.

But the headline feature of this screen is that it's an OLED. And, quite honestly, it's breathtaking. After decades of staring at laptop screens, I can definitely say I've never seen anything as contrasty or as saturated on a laptop as this one. It takes a bit of getting used to: at first it feels like it is oversaturated. But that's because conventional screens are typically undersaturated. Watching Phil Holland's Above NYC - a film shot in 12K from a helicopter above twilight New York - is quite extraordinary on this screen. The experience is almost 3D. 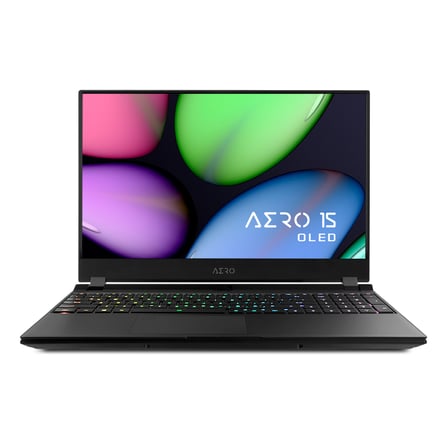 It almost goes without saying that it's very good for everyday work. It's hard to go back to a "normal" screen.

The display is not strictly 10-bit but but uses "2 bit FRC to simulate 10 bits", according to Gigabyte. It's also VESA HDR400 "True Black Certified" - and it definitely should be capable of giving true black because that's the astonishingly good thing about OLEDs. I certainly didn't see any evidence of banding.

Absolutely the most welcome sight for me is an SD card reader. I'm very pleased to see this. It's an Ultra High Speed II specification which, according to Gigabyte, is twelve times faster than a "standard" reader. There's Thunderbolt 3, too: something of a rarity on the Windows platform. I also counted three USB A ports as well as HDMI. (See full list above).

A common thread throughout the AERO range is the use of NVIDIA's GeForce range, from the GTX 1660 to the RTX 2080. All of these are supported by NVIDIA's Studio collection of APIs, drives and SDKs that in various ways optimise the system for content creators.

I want to mention again that I haven't benchmarked this computer. There's a huge range of configurations and I was more interested in the form factor and the potential of having a powerful, thin, workstation class laptop.

My conclusion is that the AERO 15 is an extremely versatile, capable computer. The screen is a delight - and a serious working tool. The abundance of I/O ports is a revelation, especially because TB 3 is included. All AEROs are able to have RAM and SSD upgrades done by the user without  voiding the warranty. Up to 64GB RAM is supported and there are 2 M.2 SSD bays for SSD, one of which is "spare" on this machine. (This type of flexibility is not normal, but it is, perhaps, a legacy of the company's "enthusiast" background.) 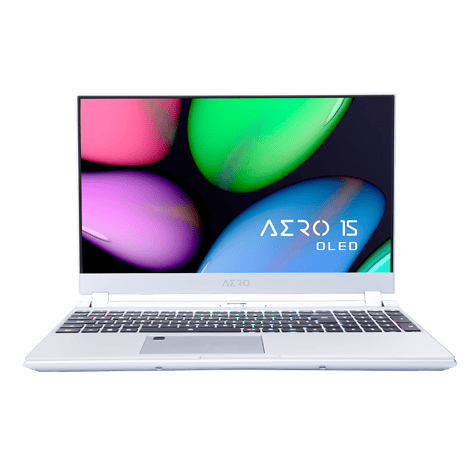 Without doing specific benchmarks, I can confirm that this AERO 15 feels fast. Priced at £2,499, it's a capable machine and ideal for content creators. It's highly portable, good looking and for those times when you are desk-bound, you can plug pretty much anything into it for a much wider ecosystem. And you can upgrade it yourself. (See above). For many potential users, that's a big deal!

Gigabyte has done a very good job designing and manufacturing this laptop. I'm going to miss it when it goes back!

If you're in the UK see the entire range at SCAN.  If you're outside the UK: https://store.gigabyte.us/