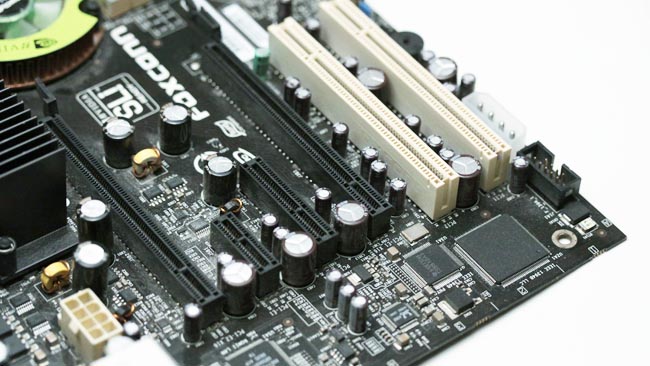 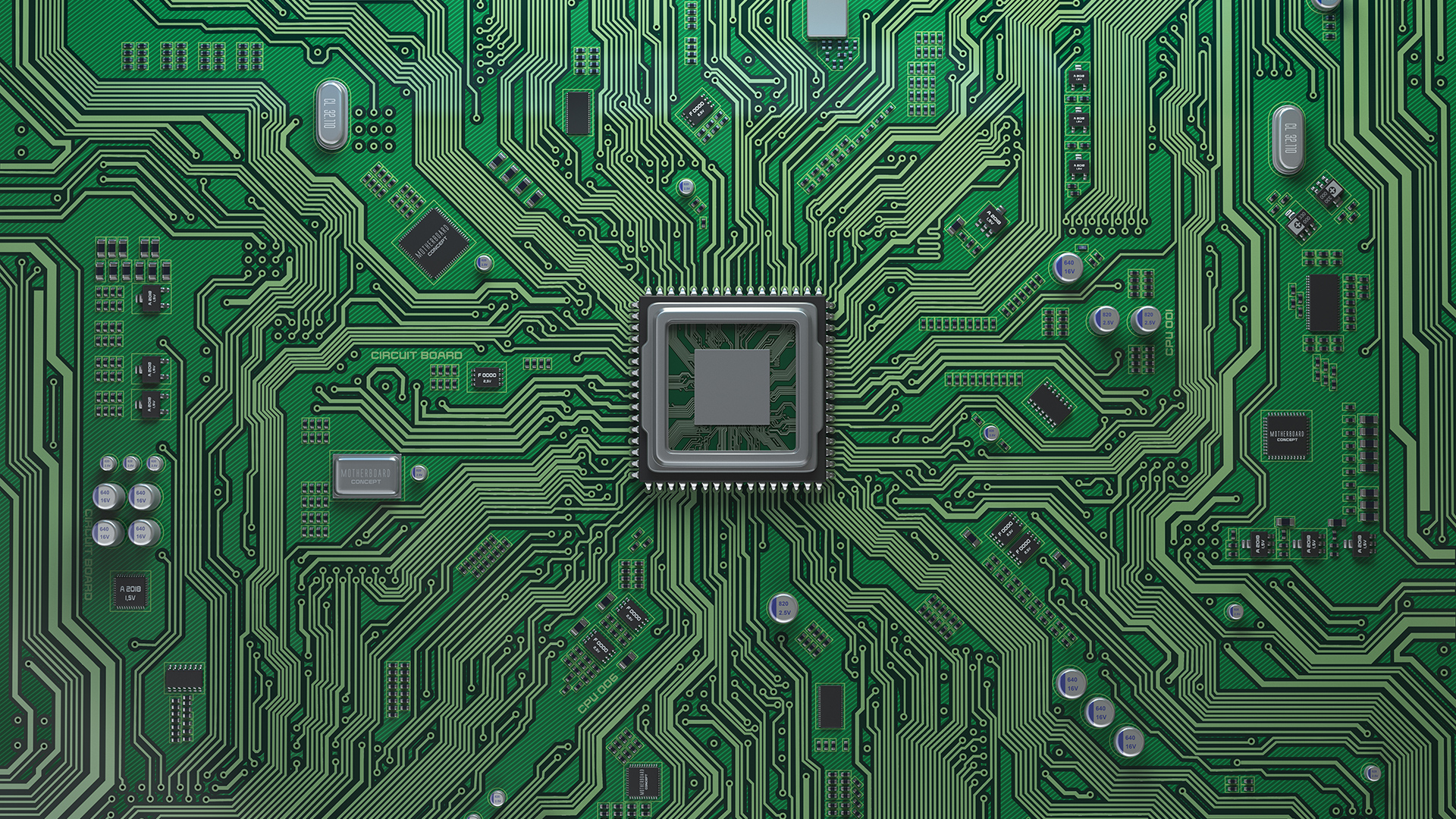 When most people buy a workstation, they look at the CPU speed, RAM and storage capacity, and perhaps the graphics card if that matters to the job at hand. That completely overlooks something that does a lot to define the form and capabilities of the machine: the motherboard.

Read the first part of this series here.

As the term suggests, it’s the big circuit board that everything else plugs into. Everything has one at some level; for instance, the motherboards used in Apple Macs aren’t a standard off-the-shelf type in terms of layout or fit, but the principle is the same, right down to their using common parts. It’s what allows the CPU to talk to the RAM and expansion cards (including the GPU) and the outside world. 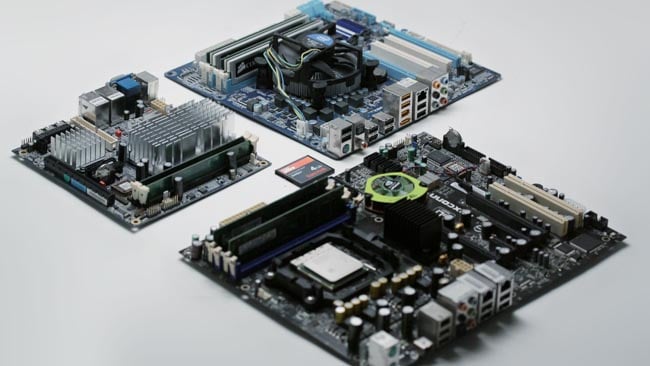 Motherboards are made in several common form factors which derive from Intel’s Advanced Technology eXtended specification. The spec controls where the expansion card slots and screw holes will be, so they fit ATX cases. Full-size ATX motherboards are about a foot by nine and a half inches with five expansion slots. Smaller options include microATX, which are as deep but roughly square and tend to have only three expansion slots. Mini ATX is even smaller, at a little under seven inches square, and may have only one expansion slot and fewer slots for memory.

The computing power of smaller boards is the same as a larger one, assuming the same CPU. It’s possible to make compact workstations for field use if the machine only needs one expansion card. A microATX or Mini ATX motherboard also remains compatible with a case designed for a full-size ATX motherboard. Everything will line up, it’ll just take up less of the case. 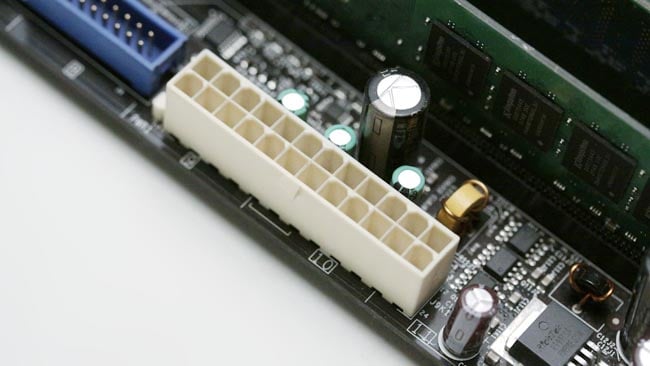 A motherboard will be compatible with one range of CPUs. That’s controlled by both the physical form of the CPU socket and the chipset. A chipset is, as the name suggests, a collection of one or more chips made by the CPU manufacturer which provides a wide selection of services such as disk controllers and USB ports. For instance, the Core i9 9920X CPU that we considered in the first part of this series requires an LGA2099 socket and the X299 chipset from a motherboard such as Gigabyte’s X299 Designare.

The Ryzen 9 3900X requires the AM4 socket and the X570 chipset, such as Gigabyte’s X570 Aorus series. Sometimes there’s more than one chipset compatible with a single CPU; get the most recent, for future-proofing. In general, all the CPUs in a range will have the same requirements – the Gigabyte X570 Aorus will support different Ryzen 3000-series CPUs – although Intel throws us a slight curveball in this regard as certain Core i9 CPUs require the LGA1151 socket. 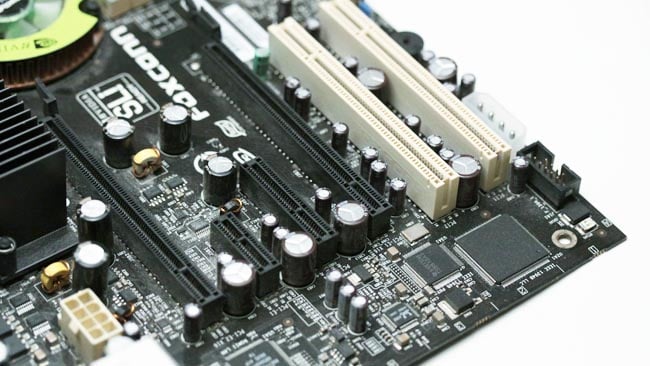 Black slots are PCIe. The two longest are 16-lane sized, though one will be 8. The shortest is single-lane, while the medium-length slot is 2-lane. Legacy PCI slots are in white

A motherboard will require a particular type of memory module. At any one time, there will usually be one or two generations of RAM in common use. Both the X299 and X570 motherboards mentioned above require DDR4 memory. Memory speed is a contentious question, not least because it often doesn’t make much difference in benchmark tests of workstations. The speed is generally given as a suffix to the type – DDR4-2666 – and so long as the memory is at least as fast as the CPU demands, there won’t be a performance bottleneck and even if there is, it tends to be fairly trivial.

Expansion boards and storage devices generally don’t care much about the exact type of motherboard in use; put the GPU in the slot nearest the CPU, but otherwise, if it fits it should work. The Ryzen 3000-series supports PCIe 4.0, which doubles bandwidth over PCIe 3.0. Happily, a PCIe 3.0 GPU will work in a PCIe 4.0 slot and vice versa, so there’s no compatibility issue. Again, the extra bandwidth doesn’t generally mean much with most current workflows, though it’s a shame to create bottlenecks. 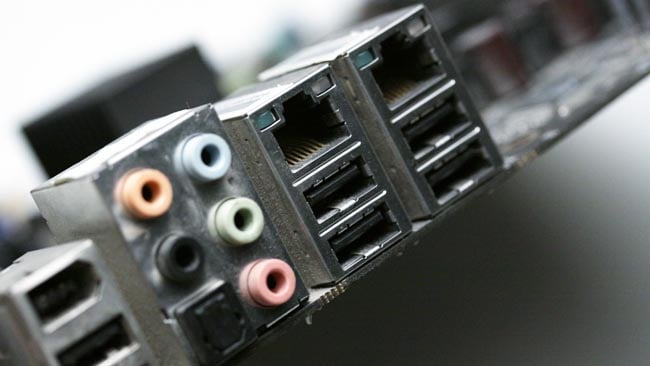 There are two types of storage that a modern workstation might use: SATA, often for spinning hard disks for bulk storage of large data, and M.2 drives for high-speed and cache work. M.2 drives are essentially small circuit boards, like RAM modules, which slot into place on the motherboard. Sometimes it’s a good idea to have a separate M.2 drive for storing software and one for a cache used with things like After Effects and Premiere, so make sure the motherboard has two M.2 slots.

The last item we’re going to discuss here is sound. The quality of sound hardware on most motherboards is, well, adequate. Often, there are multipoint surround outputs, but the microphone inputs are intended for voice chat, not production recording, and may be noisy. It’s generally fine for basic monitoring during a picture edit and nothing else will be needed. For anything more than that, something more may be required, which we’ll discuss later. 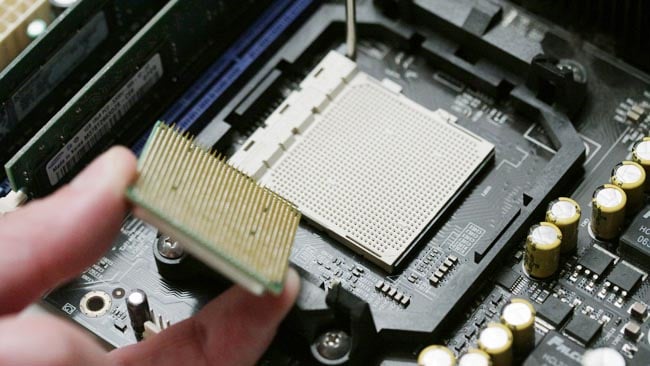 An older Socket AM2 processor and its socket. Various designs exist. Always use an anti-static wrist strap (not shown)

A motherboard is one of the things that never appears on the shelf-edge stickers in showrooms but has a huge influence on the features, reliability and expandability of a workstation. On a budget, look for cut-down options from the major manufacturers rather than a more fully-featured option from a budget supplier and double-check that everything you’re going to plug into it will fit. On the upside, if it physically fits, it’ll probably work.

Next time, the vexed question of GPUs.