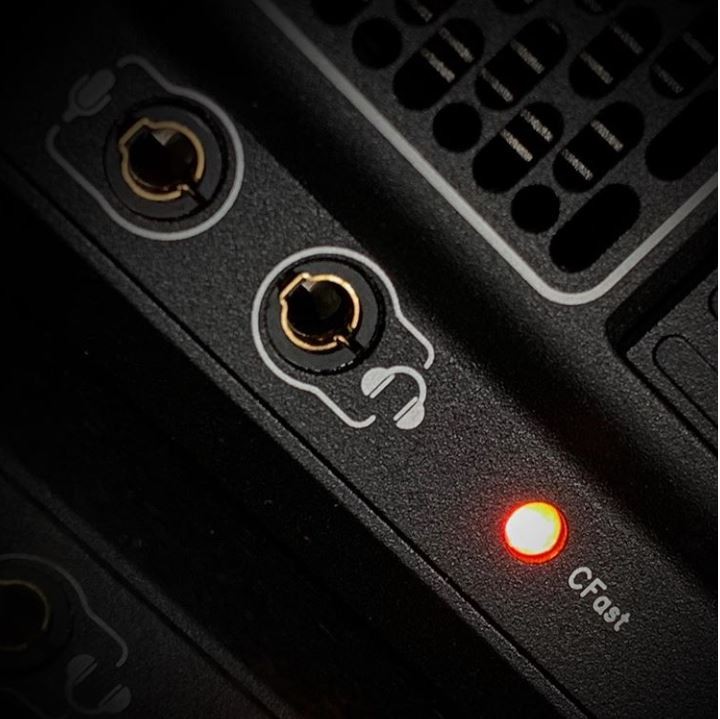 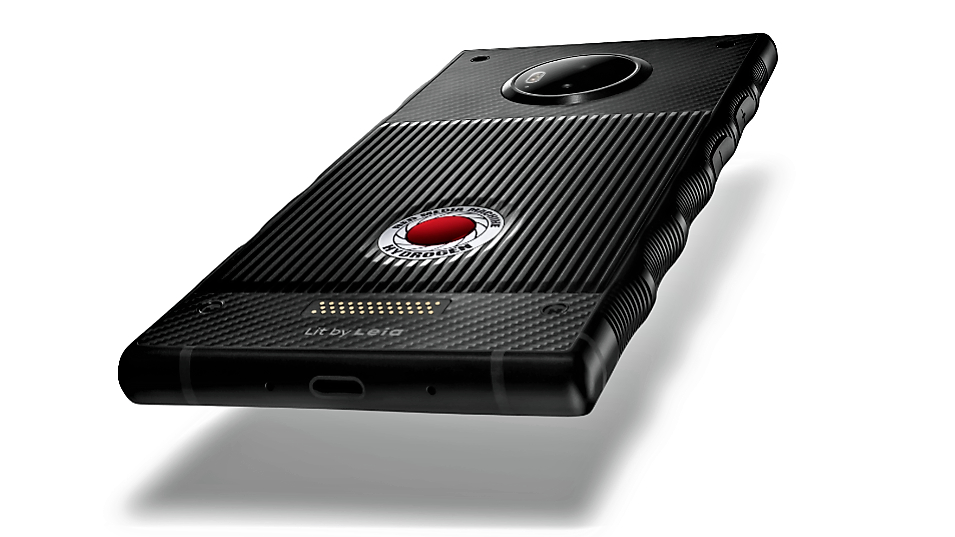 RED's HYDROGEN 2 just transitioned from being a rumour to a stated intention, with a few details. Jim Jannard has painted a tantalising picture, revealing a new camera module with a "new and extraordinary sensor"

One of the best ways to verify that it's nearly 4:00am in the UK (where RedShark is headquartered) is to check to see if there are any new posts from RED management on www.reduser.com or www.h4vuser.net . These forums are the first place to look for news about future RED cameras or phones. If Apple announced products like this, we'd have known selected intimate details about the iPhone 11 a long time ago.

But it works for RED. It's an unarguably effective way to get attention.

What we've learned this morning is that RED is building a HYDROGEN TWO, the successor to the maverick HYDROGEN One.

RED's first phone was always going to be an outlier. You have to admire the ambition. It would have been so much easier to badge a generic but decent design as a RED product. The result would be a competent, if undistinguished, phone, but one that would have been little more than a marketing exercise.

HYDROGEN One was dramatically different but also dramatically late. With a competent but far from cutting-edge processor and a 3D camera and display system that wowed some but left others unmoved, the potential was still there to be the basis of an exciting but never clearly-defined cinema camera system.

There's good news for HYDROGEN One owners. We'll come to that in a minute. But first, the news about the HYDROGEN Two.

In a post on www.h4vuser.net , Jim Jannard explained that the ODM  company engaged by the RED HYDROGEN company for the design work on the HYDROGEN One had under-performed, especially with the design of the original camera module, which was never released. Jannard revealed that Foxconn has been building the actual phones, and has performed well, but the design company, responsible for "the mechanical packaging of our design including new technologies along with all software integration with the Qualcomm processor" has fallen short of requirements.

We're told that a new design company has been chosen and work has begun on the HYDROGEN Two, "virtually from scratch".

It sounds like lessons have been learned from the HYDROGEN One experience, with a completely "new execution team along with world class design-partners".

Here's what we now know

Alongside the HYDROGEN Two - which we know very little about, except that we can assume it will be up to date, have a modern processor, and will still act as the basis for a modular system - there will be a completely new camera module. The new camera device will be "a complimentary camera for cinema grade images at the highest level at lower pricing" [than RED's cinema cameras, presumably].

New Komodo sensor [Update: this may be the name of the camera module and not the sensor]

The new camera will sport a brand new sensor, This will definitely be a RED product, because Jannard tells use that Jarred Land - President of RED Digital Cinema - will reveal details soon. Apparently "the capability [of the new camera module] will vastly exceed the originally planned module". And, importantly "The HYDROGEN One and Two will integrate with this new camera".

So existing Hydrogen One owners will be able to use the new module, We're also told that existing HYDROGEN One owners will get "significant preferential treatment for the HYDROGEN Two and/or new Cinema Camera model, both in delivery allocations and pricing. 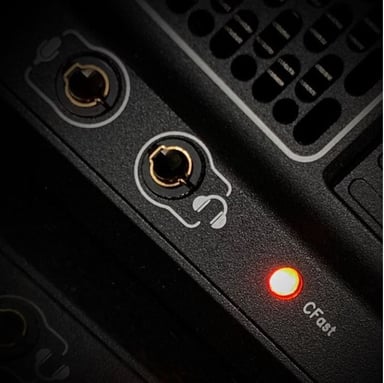 We don't know what this is! Maybe it's part of the new camera module?

What, realistically, does this mean?

This has to be good news for HYDROGEN One owners, with the announcement of a camera module that will be better than the one that was expected and which will be compatible with the original phone. The prospect of a new HYDROGEN phone is genuinely exciting because although the HYDROGEN One missed the mark in so many ways, the concept remains valid and will hopefully be realised in full with the Mark 2.

It should also be of genuine interest because smartphones are inevitably going to be at the centre of our industry, not least because at some point they are likely to be the most powerful computer you carry with you. If this computer can also be at the centre of a modular platform, then it can only lead to new and great things.

Unless work on the new phone and camera module is more advanced than we think, we are going to have to wait for the new products. It's vital that the new phone is released without the the sort of delay that can make the on-board processor seem old. We assume that this has been taking into account by the new design and execution teams and that the new phone will be as cutting-edge as possible, or at least competitive with "consumer phones".

We didn't know if this announcement would ever come, but we're excited that it has.

Jim Jannard's statement in full below

While Oakley sunglasses and RED cameras were (and are) built in our own factories in Orange County, building a smartphone with challenging and new disruptive technologies at the RED factory just wasn’t possible given the competitive nature of the the market. We chose an ODM in China to prepare the HYDROGEN One for manufacture at Foxconn. While Foxconn has been fantastic, our ODM, which was responsible for the mechanical packaging of our design including new technologies along with all software integration with the Qualcomm processor, has significantly under-performed. Getting our ODM in China to finish the committed features and fix known issues on the HYDROGEN One has proven to be beyond challenging. Impossible actually. This has been irritating me to death and flooding our reactor.

For this reason, after months of vetting a new design to manufacture house, we have begun the work on the HYDROGEN Two, virtually from scratch, at a new ODM that is clearly more capable of building and supporting the product we (and our customers) demand. We also have put into place a new internal execution team along with world class design-partners that we have carefully selected. The HYDROGEN Two is being methodically designed and crafted to surprise and exceed expectations… again, just as you would expect from us.

Additionally, we eventually realized that the original camera module would have to change due to the fact our ODM was not going to competently complete the module that they committed and guaranteed to do. Our best option was to modify the program and bring it back into the RED house. We have completed the new and extraordinary sensor and redesigned the package. Jarred at RED will be posting about Komodo fairly soon. Its capability will vastly exceed the originally planned module. The HYDROGEN One and Two will integrate with this new camera. While it does not replace its big RED brothers, it will certainly be a complimentary camera for cinema grade images at the highest level at lower pricing.
We fully understand the frustrations of our customers since I am one as well. While issues have been the result of our original ODM’s short comings, we also understand that customers solely look to us for their satisfaction. We remain committed to taking care of our customers the best way we can given all the circumstances. To that end, every HYDROGEN One owner will get significant preferential treatment for the HYDROGEN Two and/or new Cinema Camera model, both in delivery allocations and pricing.

HYDROGEN is still the most exciting project I have ever worked on. We continue to be committed to further advancing the “image capture in your pocket” device as well as providing the highest quality image capture devices to more people than ever before.

We are not done…