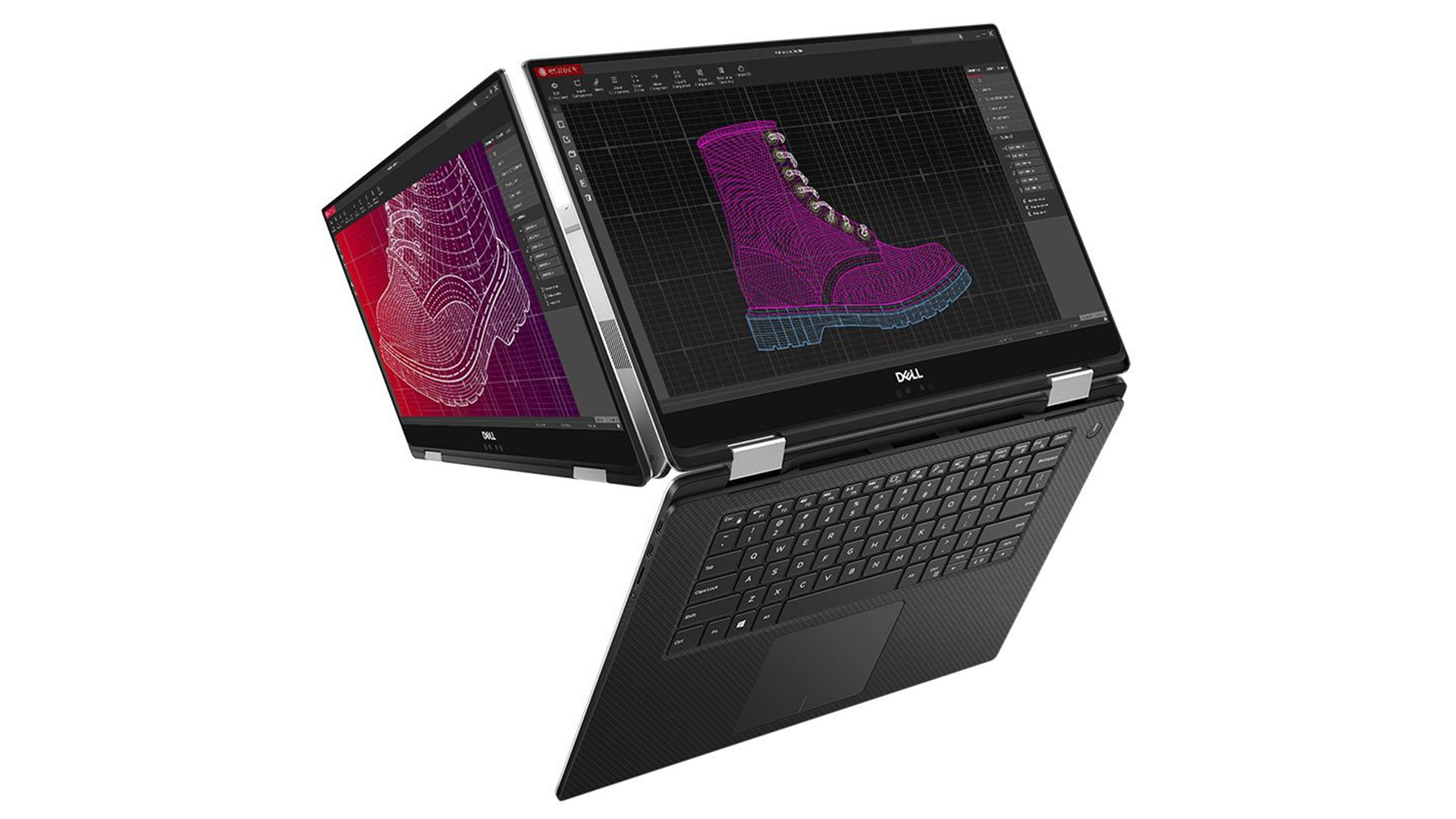 With a flip-hinge on steroids, the Precision 5530 2-in-1 lives up to its convertible promise. And this 2-in-1 workstation packs some unique technology. We take a tour of the system and dig into the performance.

Workstations mostly come in a single format, desktop or mobile, and users customize them with accessories: multiple displays, docking stations, tablets, etc. The Precision 5530 2-in-1 has a special kind of flexibility built-in. Opening the workstation and rotating the display 360° creates an artistic workspace with a 15", 4K resolution, pen & touch-capable display.

Before testing the 2-in-1 system from Dell, I had some reservations regarding performance. I had already looked its brother, the Precision 5530. Comparing the specs of the two workstations, I had my doubts.

These concerns were unfounded. For this review, I compared the 2-in-1 to the Dell Precision 3430 desktop system with a Quadro P1000. There were times where the 5530 2-in-1 was a bit slower and times when it was a bit faster. In most cases, the performance difference was understandable based on the underlying technologies of the 2 workstations. 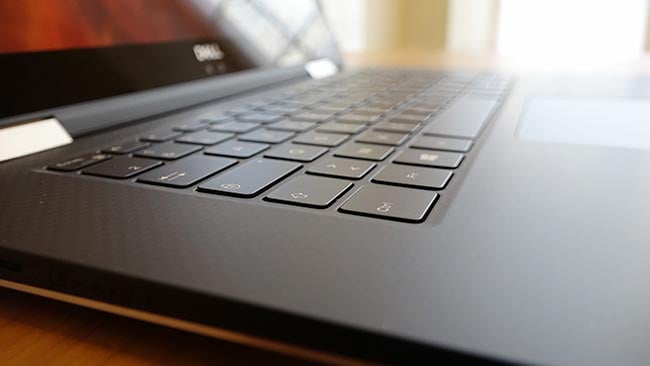 Across the board, the 2-in-1 workstation showed that it has the muscle to be a productive platform for graphics, computing, and rendering even when being used outside of its core target which is a creative user needing a mobile artist-studio. We'll look at the numbers together below. 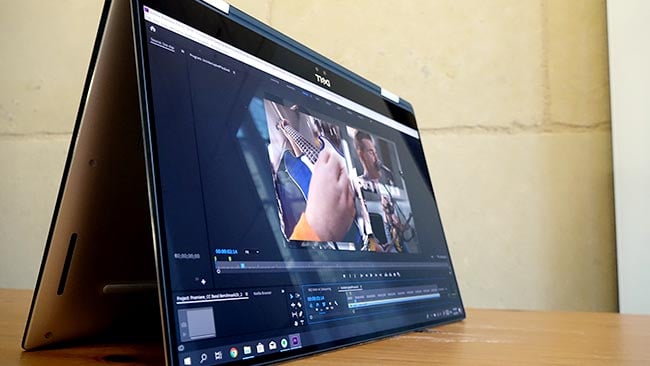 Unique technology ... and not just the hinges

The Precision 5530 2-in-1 display hinges are hinges on steroids. This, along with Windows flipping into tablet mode enable the creative artist's workspace. However, it also has another unique set of technology inside. 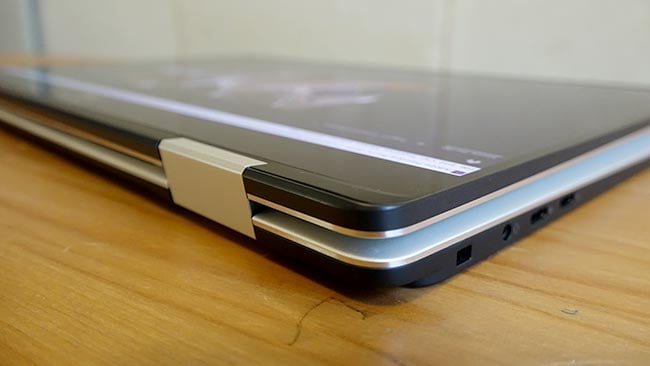 This workstation benefits from Intel and AMD's cooperation to produce a unified CPU+GPU in a single package. The total package includes a 4-core Intel CPU (with integrated graphics!), an AMD discrete GPU, and 4 GB of high-bandwidth memory.

The display option to take is the 4K resolution InfinityEdge display. It has an incredibly fine bezel to maximize the display area and also has 100% Adobe RGB support.  Of course, it is both pen and touch capable. 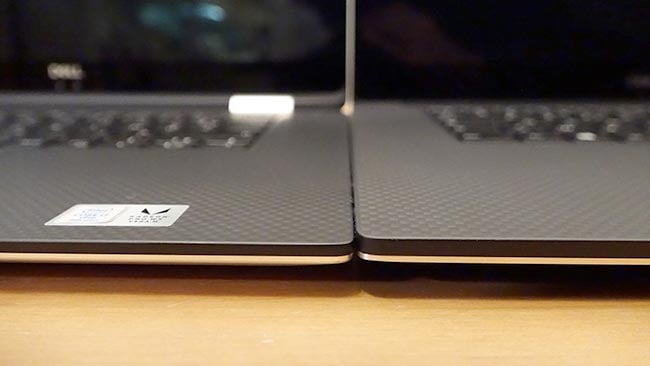 The tech inside might be different, but the design is close to the Precision 5530

The CPU+GPU combination is a unique offering. The CPU is an 8th generation Intel Core i7 (Kaby Lake) CPU. It has a base clock speed of 3.10 GHz and a 4.1 GHz top speed.  The CPU supports up to 64 GB of 2400 MHz memory although the Precision 5530 2-in-1 supports a maximum capacity of 32 GB of RAM. The AMD Radeon Vega GPU is based on the Polaris GPU architecture with 4 GB of HBM2 memory connected with a 1024-bit memory interface do deliver essentially 180 GB/s memory bandwidth performance. 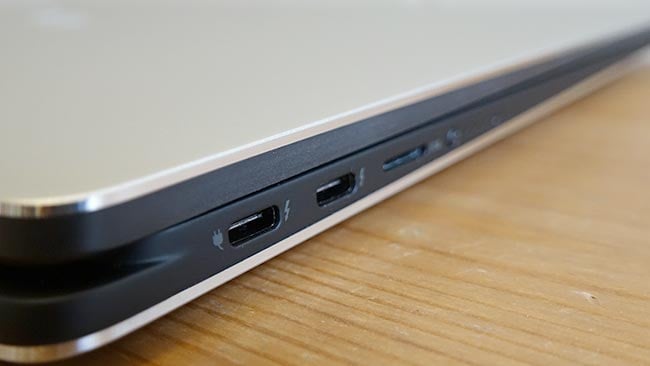 The single format connectors for Thunderbolt 3.0 and USB-C 3.1 means that you will be buying adapters

As for cooling, the system vents heat under the workstation with a full-width ventilation system. This helps maintain the performance during long, heavy workloads.

The touchpad is similar to its brother, the Precision 5530 and it does not have extra right & left mouse buttons integrated, nor does it have a joy-stick button embedded in the keyboard. As for the keyboard itself, the design is ultra-flat. While the keys are responsive, I found the keyboard to sometimes be too sensitive as I often had false key-clicks due to simply resting my fingers on the keyboard.

How good is it?

Even if your primary need is the convertible feature, performance is not optional. Using the 2-in-1 as a mobile workstation is pleasure. It is thin, light and surprisingly powerful.

Why do I say surprisingly? Well even in the Precision 5530 2-in-1's CPU clocks in at 3.10 GHz and 4.10 GHz turbo mode, it still is a 4-core processor where most other models in this class of thin and light workstations are using a 6-core model. The memory is 2400 MHz memory which is the same as the MacBook Pro, but slower than 2666 MHz memories used in the Dell Precision 5530. And the performance GPU of choice in this class in NVIDIA's Quadro P2000, which the Precision 5530 also supports, whereas the 2-in-1 is running an AMD Radeon Pro GPU. 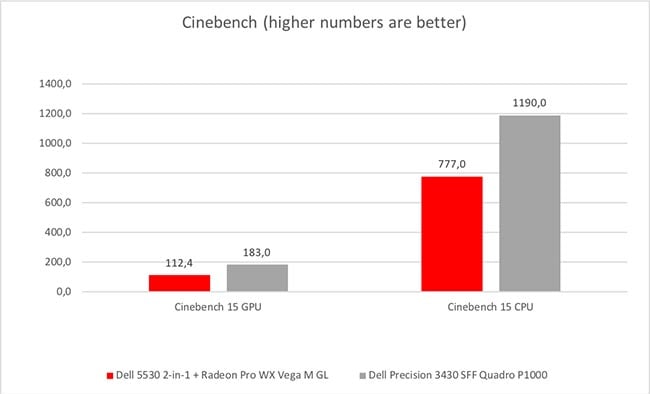 None-the-less, the Precision 5530 2-in-1 delivers performance that holds its own against the Precision 3430 desktop workstation with its faster, 6-core CPU and Quadro P1000 desktop GPU. Only in very heavy multi-threaded CPU tests does the lack of 2 cores show. In other tests, where multi-core is not as important, the high CPU clock speeds help performance.

The Dell Precision 5530 2-in-1 outperforms the Precision 3430 in Viewperf 13. Viewperf (SPEC Viewperf 13: what it is & what it is good for) is good at isolating the performance measurement to the GPU. This shows that the raw performance of the AMD GPU is better than the desktop version of the Quadro P1000. 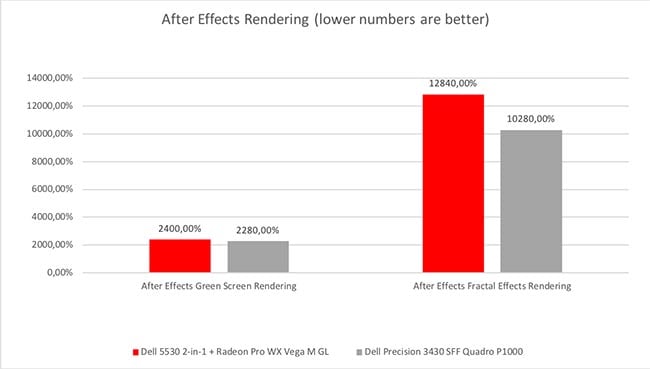 In other GPU-intensive tests, the desktop system tends to beat the 2-in-1. In Cinebench's GPU test, the CPU seems to play a more important role than it does in Viewperf. The same is true in Premiere Pro where the Precision 3430 has the edge over the Precision 5530 2-in-1. In this case, it might be that the CPU helps Premiere Pro performance enough to put the desktop system ahead. It can also be the case that the Quadro plus CUDA implementation is more efficient that the Radeon Pro plus OpenCL implementation. 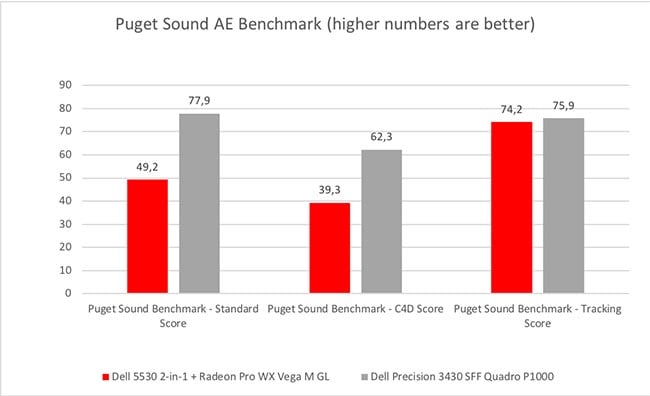 In the special effects testing with After Affects, the desktop system with its fast, 6-core processor, has a clear advantage. In my own After Effects tests as well as in the Puget Sound benchmark, the Precision 5530 2-in-1 trails the Precision 3430 in performance. But it doesn't fall short by much and this thin, light, convertible workstation can still get the job done 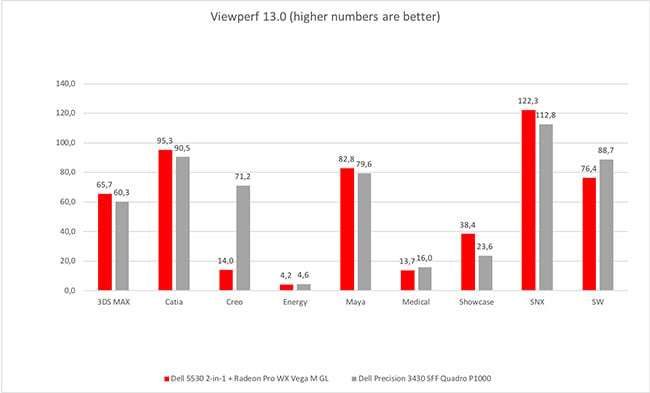 The 4K resolution of the InfinityEdge display supports 100% of Adobe RGB and provides a great working space. The touchpad is sensitive and reasonably large. The keyboard has a very low profile. The one point as mentioned above, and it is admittedly a personal point, I get ghost-clicks from resting my fingers on the keyboard. My guess would be that spending more time with the workstation would allow my fingers to adapt to the Precision 5530 2-in-1's sensitive keyboard.

As a convertible, a simple flip triggers Window's question regarding switching to tablet mode (or not). If you like, you can set it to automatically switch without asking every time. The system ships with a pen and has 4096 levels of sensitivity. In my tests, I used a different optical pen. The original pen would be better for creative professionals.

The newly designed Precision 5530 2-in-1 has adopted modern connectivity ports somewhat similar to the MacBook Pro. With two Thunderbolt 3.0 ports and two USB-C 3.1 ports, Dell has eliminated the dedicated connector for power. With all the ports using the Thunderbolt 3.0 compatible format, customers of the Precision 5530 2-in-1 will join MacBook Pro users in adding port-dongles to their computer bag in order to work effectively with existing peripherals such as external hard-drives, USB keys, and external displays.

The Precision 5530 2-in-1 is a newly designed 15" thin and light mobile workstation that transforms itself into a digital, artistic, creative space with a flip of the wrist. While it shares the 5530 moniker with its brother, the underlying computing and graphics technology is new. Adding the convertible feature to this system doesn't sacrifice significant performance in this class of mobile workstation.

If your need is to have a creative workspace where ever you go, the the Dell Precision 5530 2-in-1 is a good solution for you. In addition, you can rest assured that this convertible mobile workstation can handle many of your other, demanding creative workloads.