This is revolutionary: OLED-like performance from a new type of projector screen 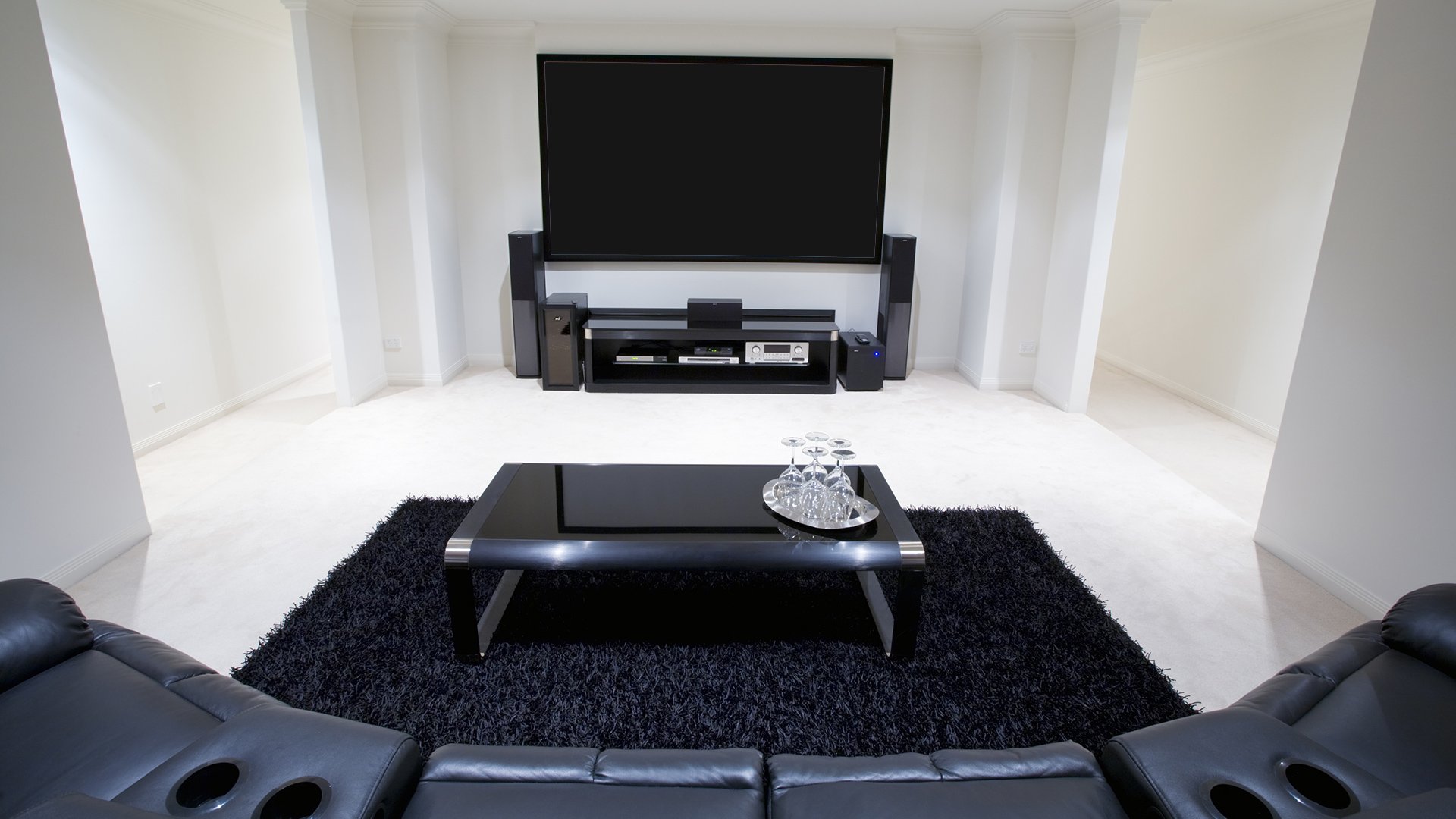 A revolution in projection screens? Doesn't sound very likely, does it? Because the ongoing problem with projection screens is that to be able to display colours accurately, they have to be white. Which means that they're never going to be very good at showing black.

We all know the scenario: to be able to view good projected images, you either have to sit in the dark, or put up with very low contrast in a daylight lit room.

Conventional projection screens are just as adept at reflecting ambient light as they are projected images. And that, to this day, is why we sit in dark rooms to watch films on a big screen.

So anything that's going to turn that around is pretty significant. The Carbon Black screen shown recently by Canon is exactly that thing, and it's remarkable.

Carbon Black is the self-describing name for a new type of screen technology that uses carbon nanotubes as the basis for a screen that appears to be black (well, charcoal coloured) as opposed to bright white. But when you shine a projector at it, you see a perfectly formed image, complete with deep blacks.

There isn't much information about the screens yet, except to say that I have seen it, and it's remarkable, and there's a little bit of what looks like preliminary information in a PDF from the company.

I don't think this was directly developed by Canon, but you can absolutely see why it's keen on marketing it - because the Japanese camera company also makes projectors, and obviously wants to keep doing that in the face of other disruptive new products in the field like Direct View LED screens.

This black screen technology will inevitably be a lot cheaper than DV-LEDs  - and you can hide projectors away from view in ways that weren't possible before, because of extremely short-throw lenses etc. "Laser" projectors, which don't actually project an image directly with lasers, but which use laser light to create intense illumination instead of a bulb, also help here, because the light source lasts orders of magnitude longer than a conventional source (or "lamp" as they're called in projector circles).

Now, when you get to Nano scale (I'm not defining that here: I just mean very, very small), things can happen that go beyond conventional physics. In other words, there's more than reflection going on here. And that has to be the case, because, otherwise, this would either look like a normal, white, screen, or it would appear to be dark, but would be useless as a projector screen.

But understanding this completely is tricky from the information we have. It's rather vague and it doesn't look like a perfect translation, presumably from Dutch, because the company is based in Den Haag (The Hague), in the Netherlands.

Here's what the brochure says.

"This unique projection surface is developed using the newest breakthrough technologies that exploit the behavior of light photons within carefully engineered graphite nanotubes that resonate and amplify light waves on the quantum scale.

The light resonant nanotube lattice boosts light's optic emission performance of the surface. The light wave resonance phenomenon equally boosts the laser light source yet cancels out by absorbing unwanted light photons on the projection surface as ambient light photons don't carry the chain electromagnetic energy to trigger the tubes to glow. This means that CarbonBlack can function astonishingly well in very bright rooms that have direct daylight spilling onto the projection screen, yet it still retains a powerful contrast, with a single 7000lm 4K projection over a 150" screen. "

I think what you can definitely say from the above explanation is that the nanotube surface of the screen has an active response to light from the projector, "resonating" with it, and, in a sense, amplifying it - a bit like a wooden or metal tube will have a resonant frequency. It's not clear how this works across the colour spectrum, but whatever the answer to that question might be, it seems the nanotubes also reject ambient light, and this is what gives us a dark screen as a default.

So far, so vague, and I'm really sorry if these details seem sketchy. It's the best we've got at the moment.

But at least I've seen it. It does work. It's impressive. I would need to see a bigger variety of content and in better conditions than a brightly lit exhibition booth. But perhaps that's precisely it! If it can work there, it can work anywhere.

If it is indeed possible to get OLED-like quality from a projection screen, then the future for this product and for projector manufacturers looks very dark. And that's a good thing.

(Keep watching here and we'll bring you more details when we get them).