Blade Runner was set in 2019. How good were its technological predictions? 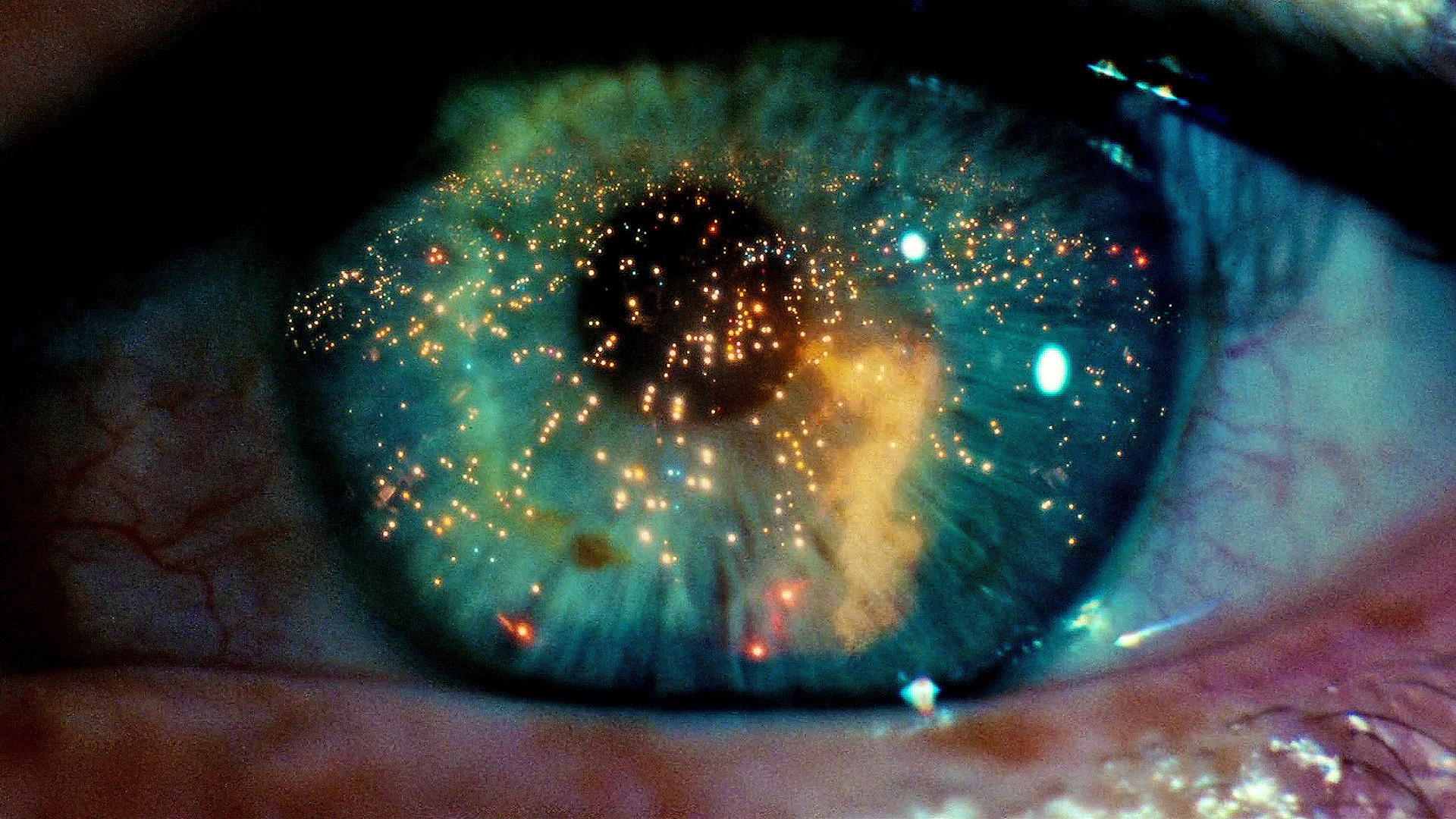 Replay; According to Ridley Scott's 1982 sci-fi Blade Runner, by this year, Los Angeles should have degenerated into a horizon-wide field of dystopian towerblocks, locked in a permanent neon-lit night. For better or worse, that hasn't happened, although some of the other technological leaps shown in the film sort of have...

... although in at least one case, concerning artificial intelligence, there are some slightly frightening ethical issues involved that will need to be carefully watched.

What else should have happened by now? 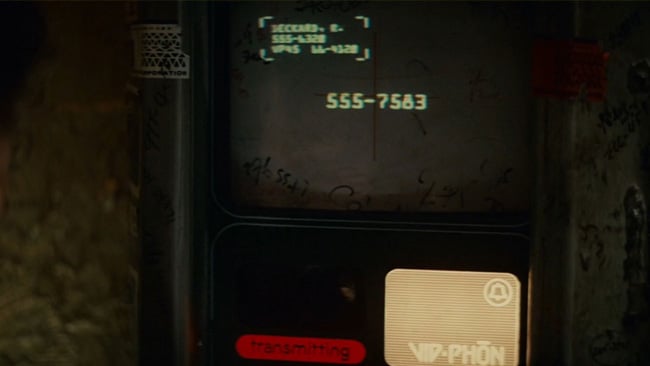 Is anyone aware of any sci-fi universe, with the possible exception of Star Trek, that foresaw the rise of personal mobile communications in the way it exists now? Even Trek was probably aping military radio communications of the time, rather than trying to anticipate the civilian future. The people who worked on the orginal series of Star Trek did famously invent an electronic tablet equivalent in both function and, broadly, form, to a modern tablet computer, which was a pretty forward-looking. Even so, Aliens was made in 1986, when there had been commercially-available (if expensive) handheld cellphones for years, and didn't foresee the ubiquitous pocket computer terminals we have now.

Perhaps the most telling thing about it, though, is that modern phones can easily provide us with video links, just as shown in Blade Runner, Aliens, and a dozen other sci fi movies, and without needing a large wall-mounted device. We rarely do it, though. Perhaps that's because the call shown in the film – between 25 and 30 seconds in duration – apparently costs Deckard $1.25. It's not clear what the value of a dollar is in Blade Runner's world, but in real 2019, that would represent a pretty overpriced data package.

That, and Deckard dials manually. There's no contact list, even though the phone knows who he is. 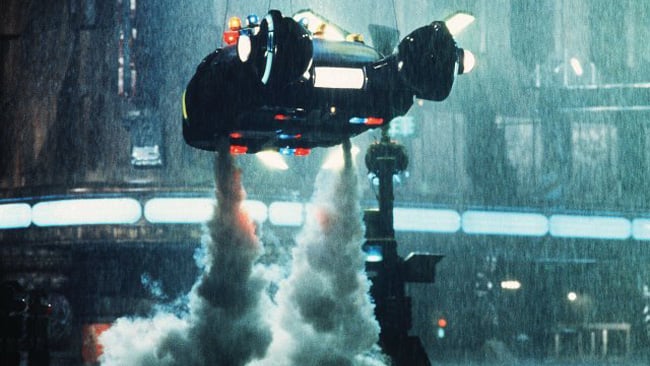 Now this you can actually have, and could in the early 80s. The difference is it's made by Cessna, called an “aeroplane,” and can only land at specially-designated facilities. About the closest modern example of a flying machine that you can land in a wide variety of places is a paramotor, and I'm not sure it'd be a great idea to fly over those giant burning flame stacks in the opening sequence of Blade Runner suspended beneath a flimsy, essentially plastic parachute-style wing (Editor's note: Although in 2021 we are seeing the emergence of manned electric quadcopters.)

In any case, you can hardly take someone out for a romantic evening on a paramotor. But the real point is that this is a regulatory, rather than a technological concern. Flying cars approximating Blade Runner's have been made, but given the critical safety concerns attending heavier-than-air flight, and amount of paperwork involved, it's not surprising that we don't all fly one to work.

I mean, even if we somehow solved all those problems, can you imagine what it'd be like if everyone on every train around London took to the air in a Moller Skycar? People on the ground during rush hour would have to take cover in armoured concrete shelters. 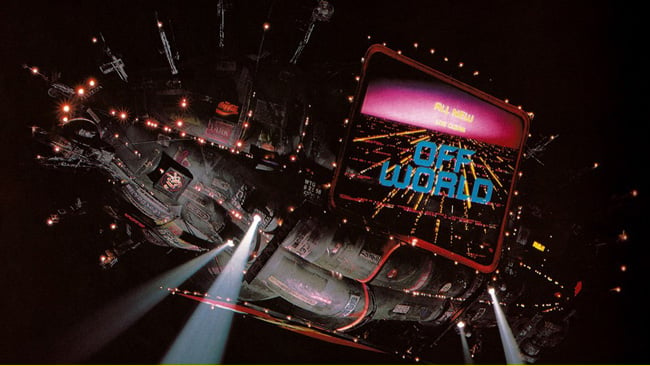 Let's go to the colonies!

OK, you can now (almost) buy space travel; numbers in the low three digits are being talked about with regard to efforts like Virgin Galactic. But that's a sub-orbital flight, not nearly the equivalent of even a Space Shuttle ride, and the Space Shuttle was sometimes criticised for keeping NASA's manned operations exclusively in low earth orbit. Actually achieving orbit is massively more difficult than what Virgin are doing, with their trips to peek above the Kármán line which traditionally separates non-space from space at 100km up. Breaking orbit and going somewhere else within the solar system is another huge level of difficulty beyond that.

Colonies are being talked about, of course. It is probably possible to send people to the arid, near-airless, frozen, deserted, empty surface of Mars. The problem is that there's very little reason to do so: Mars is red because the surface is covered in iron oxide, which could presumably be mined, but that would make for some of the galaxy's most insanely expensive steel even if we were morally happy to start messing up our second planet. The biggest reasons to go to the Moon were almost entirely political, the fascinating science notwithstanding.

In the end it's something that might be possible even with current technology, but does anyone actually want to be an early Martian? 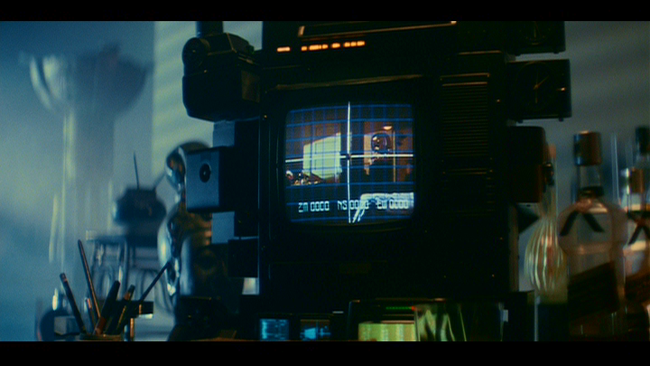 And finally, the part of Blade Runner with the most frightening implications. Perhaps Deckard is able to analyse that photo to the degree he does because alternate-2019 photographic technology is just that good. Just as possibly, though, the machine is using some sort of artificial intelligence to fill in the gaps; at one point it does seem to be creating parallax in what otherwise looks like a 2D image. AI image reconstruction is being actively pursued for video codecs right now, particularly by organisations such as Justin Tan's work on generative compression and work done at WaveOne by Oren Rippel and Lubomir Bourdev.

So far, the compression techniques at play are fairly benign. Some approaches use machine learning to generate ideal wave shapes to use in the compression algorithm, as opposed to something like JPEG or ProRes which simply uses a sine wave to approximate the graph of brightness of a chunk of image. That's bad enough, if it just so happens that a distortion made by a codec happens to make an innocent person look like a criminal in some CCTV footage. More advanced AI codecs might make that sort of mistake even easier to make, and even more convincing, considering what AI can already do with faces. Work is being done on AI ethics, and a good thing, too, though it's easy to imagine commercial expediency outpacing regulatory efforts in the field.

The Esper Machine is, of course, also voice controlled, and to be fair that's something we might possibly have got right in the thirty-plus years since the film was produced. The sad reality, though, is that nobody would ever consider doing that sort of image manipulation with anything other than a mouse. So near, and yet so far.