Now you can buy a TV in a shop, roll it up and take it home with you. LG's Signature Rollable TV. 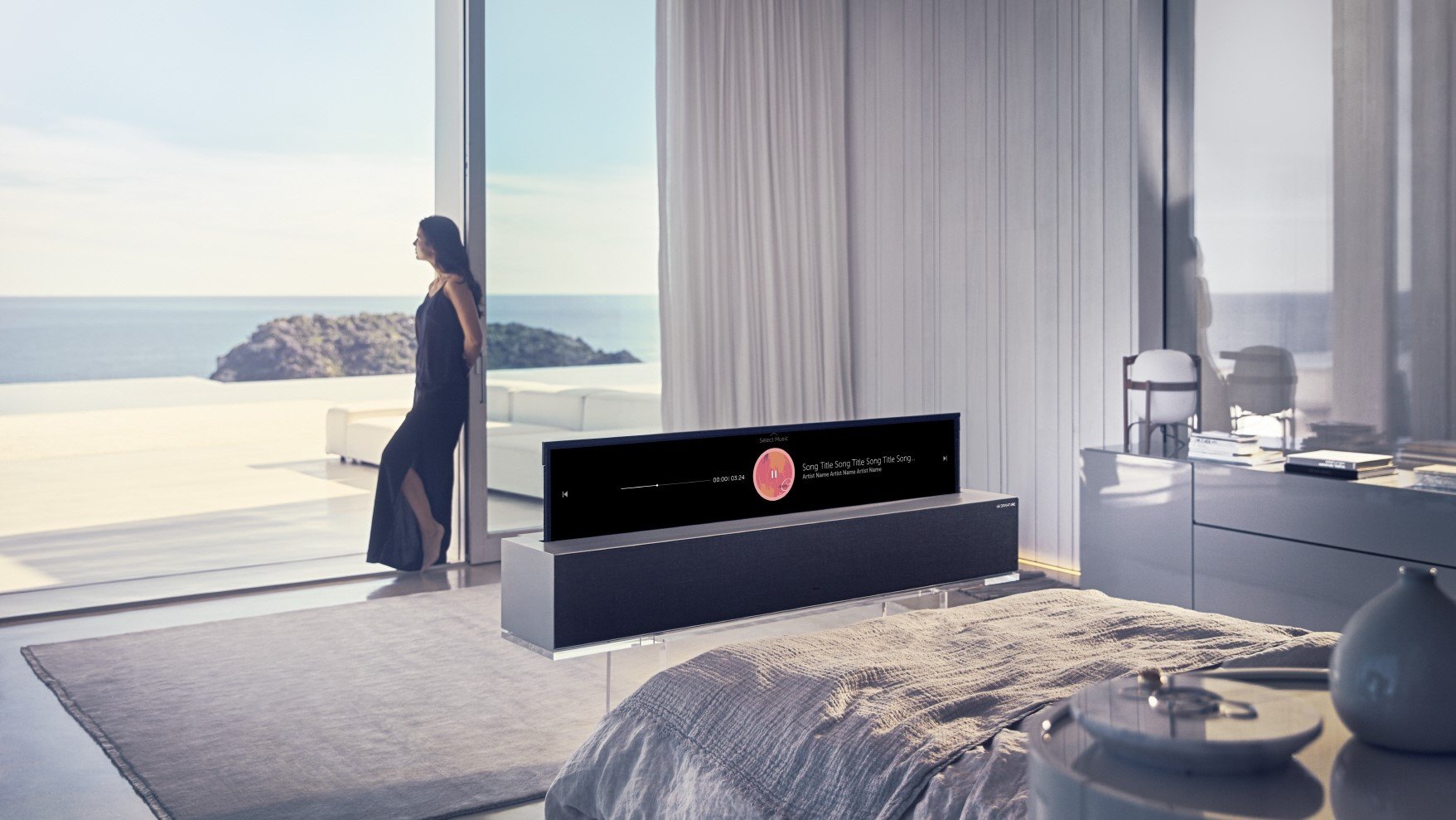 This is definitely something you couldn't do with an old CRT television: roll it up and take it home with you. It's here at last, as a product

There are two ultimate abilities of a TV that so far only OLED technology has brought us. One is Wallpaper TV, already debuted by LG. LG's Wallpaper OLED screens are so thin that they can literally behave like a sheet of paper with virtually no thickness at all - and they're so light that they're attached to the wall with a magnet.

The other is a TV that you can roll up. This is now a product. It's pretty remarkable, although the effect, for me, is lessened somewhat by the rather bulky-looking box that you have to roll it up into. 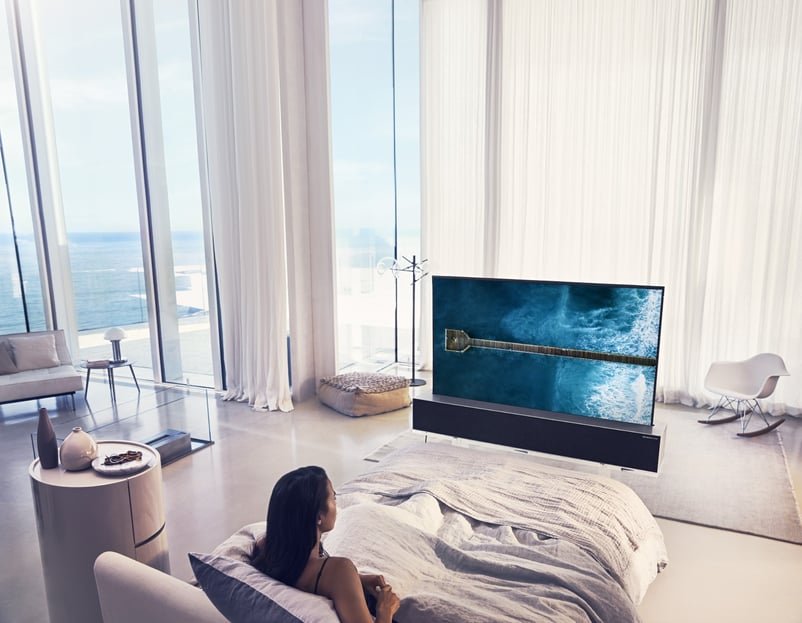 It's a high-spec 4K OLED TV with all the picture goodness that you'd expect, including AI, although it's not clear whether this is used for upscaling like Samsung in its 8K TVs.  Essentially it has three modes: fully unrolled - just like a normal TV; Line mode, where just a small strip is visible, which can show brief headlines, weather reports or just a clock, and Zero View, where the whole thing nestles in the base.

I think it's an incredible concept, and technology at its most impressive (imagine doing this with a plasma screen!) but I think the product concept needs developing, because it's hard to miss the rather big box and the obvious reaction from people who don't know what it is, which is likely to be "Why is that box there?". Meanwhile, as this picture shows, it's ideal for all of our readers who have a stunning view of the ocean from their bed, which until now, has been obscured by their TV. 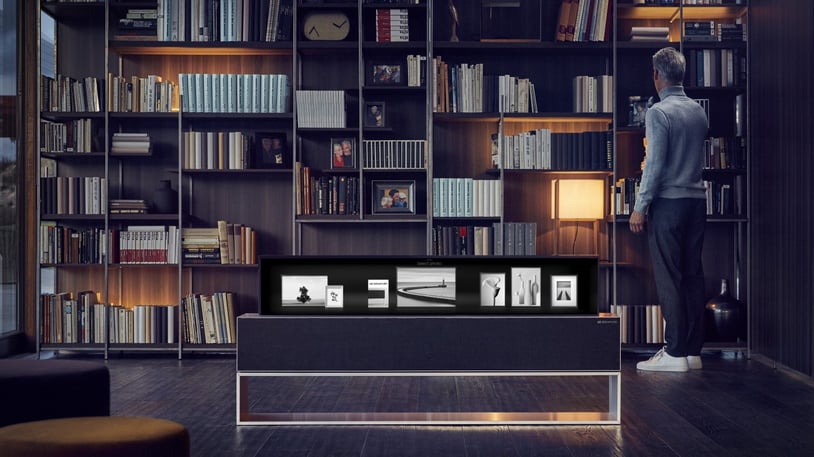 Seriously: well done to LG. This is really clever, and I certainly don't underestimate the work that's gone into this. And it may even become the default for TVs in the future. Imagine reading this ten years ago. It would have seemed like extreme science fiction.