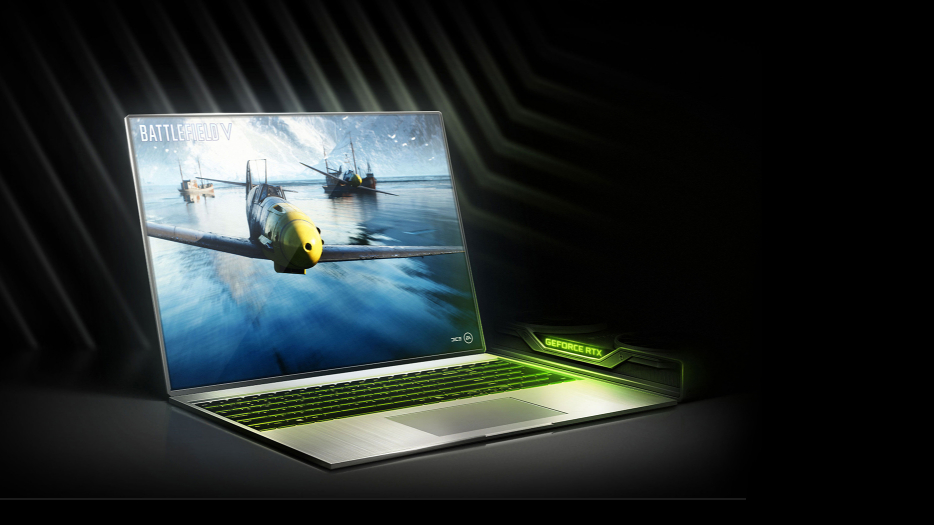 NVIDIA has headlined its presence at CES 2019 with the widespread availability of its new graphics technology as plug-in cards and integrated into more than 40 laptop designs. And there's good news for content creators and video editors, too.

Even if you're used to the breathtaking pace of the GPU industry, the last six months has been staggering. At the very least, it's provided what might be the best evidence yet that we're approaching some kind of technological singularity, where the rate of change is so steep that we're taken by surprise by new developments.

Not wishing to lose momentum, NVIDIA has just revealed that it has ambitious plans to make its new technology available across as wide a range of products as possible, specifically in the form of a new RTX 2060 GPU card and more than 40 new laptops. 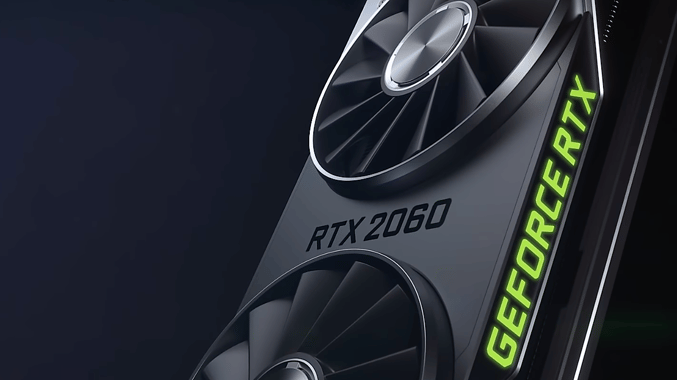 So what, exactly is it we're talking about here?

The new architecture, called Turing, supports real-time ray-tracing and deep/machine learning. Dedicated RT (Ray-Tracing, presumably) and Tensor Cores provide hardware speeds to these computationally intensive tasks. The combination of these two elements leads to great things. Essentially, we now have the prospect of cinematic, photoreal quality for computer games, and, conversely, for the further encroachment of computer game technology into filmmaking.

How does the new technology relate to laptops?

The Turing architecture will be available for the entire GeForce RTX family, from RTX2080 to RTX 2060. It's obviously not trivial squeezing these high performance GPUs into thin laptops, and there are several design elements to make this possible, collectively named Max-Q. I'll attempt to clear a path through NVIDIA's rather flowery language here.

NVIDIA is claiming up to twice the performance of a PlayStation 4 Pro, and the ability to play reay-traced games like Battlefield V at 60fps.

GPUs are right at the heart of a content creator's tools and so the prospect of widely available laptops with so much processing power is an exciting one. NVIDIA claims that GeForce RTX-equipped laptops will be "mobile platfomrs for the millions of video editors, 3D animators, game broadcasters and other content creators who demand the best performance to do their work faster and better".

The GPU company goes on to say that "Hardware-accelerated ray-tracing takes rendering from minutes to seconds, enabling anomators to work interactively with their models - with accurate lighting, reflections and shadows. NVIDIA RTX video processing capabiltities enable video editors to work with up to 6K RAW video in real time".

The RAW in question is actually REDCODE RAW. Incredible as it might seem, we're now in an era where extremely high resolution RED raw footage can be played in real time on a thin laptop. Here's what RED user Phil Holland said about this:

"On stage today Nvidia announced it's mobile RTX GPU lineup which can achieve full Debayer RED 6K playback in an alarmingly small laptop. And yes it can handle 8K at a lower Debayer. The big thing here is for creative professionals you have really powerful hardware coming very soon in a truly mobile platform to edit, color, or just create dailies. My notebooks used to be in the 12-10lb range. Now you can do more with something less than half that weight in a slender laptop and actually have something with a decent battery life. Razer, Gigabyte, Asus, and MSI will have options worth checking out for sure, two of which were shown today. And the year is literally just getting started."

What does it all mean?

It's easy to be dismissive about this. It's dripping in marketing-speak and is presented at a glossy product launch. But it does stand up to scrutiny. It's not hyperbolic, and the claims are real. This is a genuine leap forward, and there's more to come. More from NVIDIA, more from others who haven't started selling this tech yet, and more from the sheer potential of AI, as we learn simultaneously to nurture and tame it.

At the very least, we can expect to see better games. Beyond that, this highly accessible technology will be used to produce photo-realistic animated and hybrid live/animated films at a hugely reduced cost. The wider applications of NVIDIA's AI technology are going to be transformative. In autonomous vehicles; in medical imaging and diagnosis, and in computational imaging (and image rendering) of all types. It's not an exaggeration to say that we've just been given a low-cost and highly accessible bridge into the future.