No, Apple hasn't abandoned professionals and it's not going bust. Here's why. 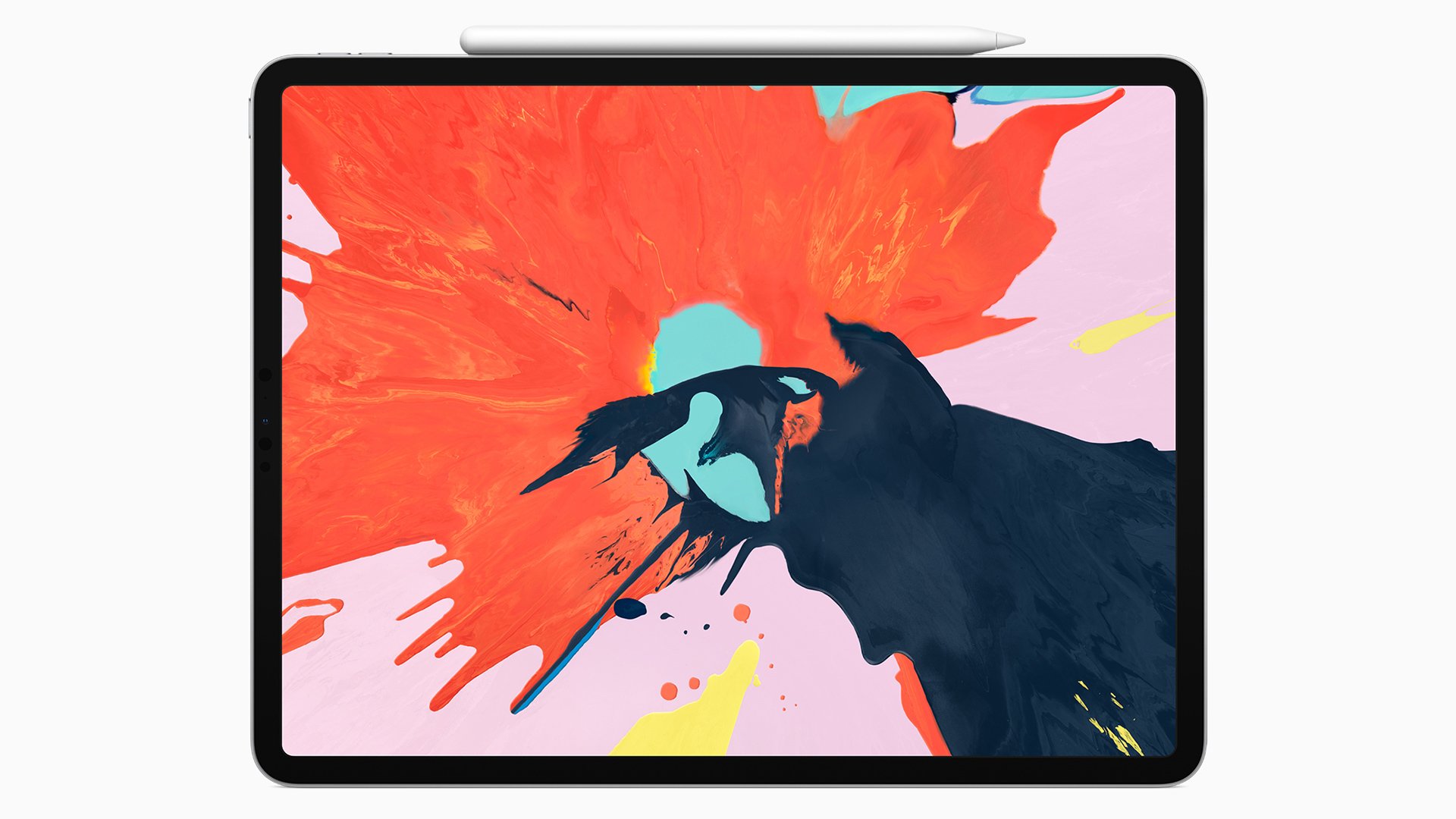 Recent headlines have been full of doom-laden predictions about the future of Apple. More realistically, here is why Apple is most certainly not showing signs of being near the end.

One of the most striking things about Apple is how readily it generates tribalistic emotions, for and against the Cuppertino company. Even odder is that the strongest feelings seem to come from people who don't use Apple products, which is not to say that Apple users don't have strong opinions too.

So it was hardly a surprise that when Apple announced that its revenues were going to fall short of expectations due to a push-back in China that the internet almost broke under the weight of doom-laden predictions for the iPhone manufacturer.

There's certainly a degree of hubris required to second-guess one of the most successful companies in the world. If your revenues are going to drop to $0.7T from $1.0T, there must be a strategy, somewhere, that took them to $1.0T in the first place.

I think a more reasonable assessment (but one which I also consider to be wrong) is that Apple's bubble has burst, as if people worldwide have suddenly seen through Apple's marketing and realised that the iPhone has been hyped beyond its true value and buyers aren't prepared to pay full price for it any more. Let's deal with this right now.

The current iPhone is certainly expensive. It costs an awful lot compared to previous models. It's actually not expensive compared to my first cellphone, which cost $4,500 in 1989 and was anything but a smartphone.

Today's iPhone is still a phone, but only just. It's a handheld computer that's as powerful as many a laptop. It's a camera that can compete (in still and video photography) with a mid-range DSLR. It's a Sat Nav. It's a world clock. It's a radio. It's a juke box with thirty million records. It's a TV. And it's a zillion other things through downloadable apps, including a recording studio, a heart monitor and a games console. Oh, and it has a bucket load of AI.

All of this fits into a shiny futuristic body with a gorgeous screen.

When you put it in these terms, it's hard to imagine that it only costs around $1,200.

Of course there are cheaper phones from other manufacturers. Many of them are very good indeed. But you can't use this fact to beat up Apple. Since when did people stop buying BMWs because Ford makes cars that are superficially similar? Since when did Mercedes stop making cars because Hyundai makes big cars too now? 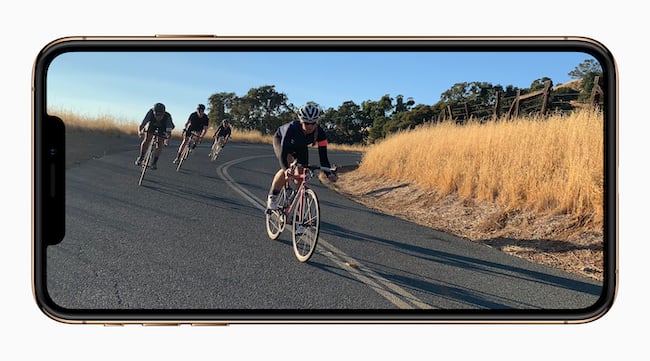 The iPhone XS has come under fire for its price. But is such criticism really fair?

It's a big market

There's room in the market for a wide range of products, and it actually doesn't matter if some cost more than others if there's something about them that customers want and are prepared to spend their money on.

It looks very much like Apple's drop in revenue has been caused by changing world economic conditions. The trade situation between China and the US can hardly be described as amicable. This isn't Apple's fault, and other companies will be affected too. It's just that the spotlight seems to fall on Apple.

And it’s probably correct to say that people are holding on to their phones for longer. Part of this is because of cost, but part is also because if you feel that your current phone does everything you need, and if it still works, then there’s less incentive to upgrade. Which means that if Apple is a victim of anything, it’s suffering because its products are so good. 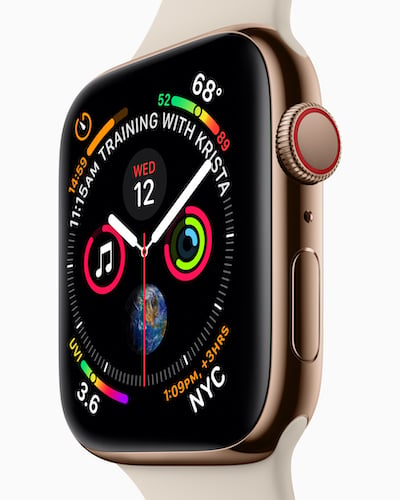 So, what about Apple's future after this rather sobering month?

Apple is neither going to go away nor drastically shrink in size or influence. It's still a massively valuable company with huge revenues and cash-reserves that make the average country's central bank look threadbare.

Has it lost it's ability to innovate?  No, I don't think so. Armchair critics of Apple rarely understand what's needed to make a high-end smartphone. The degree of innovation needed even to avoid the (erroneous) conclusion that Apple is standing still is extreme. New processors, new screens, new software and new ways to verify the identity of the user are just a few of the areas where progress is compulsory.

Just to take one example: Apple's current in-house processor, the A12x, is extraordinarily powerful. By my reckoning, the current iPhone is around 1000 times faster than the first one only 12 years ago, and no other company has access to either this processor, or to the high degree of close vertical integration that's possible for Apple to make its products work better, faster and smarter. 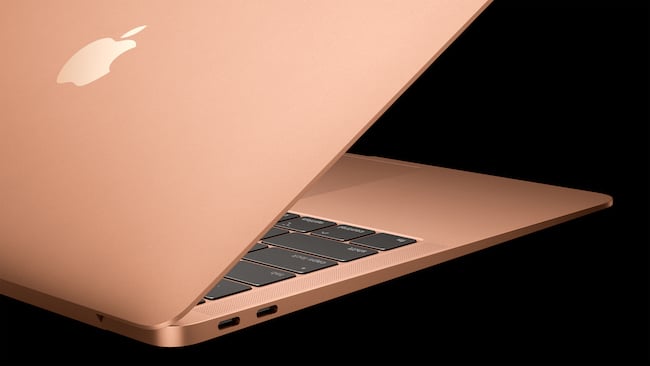 We're expecting the new Mac Pro this year. We have no idea what it will be like. It could be anything from a rectangular box with slots to a completely modular system with distributed processing and storage, based around dozens of Apple's "A" chips. Apple has an R&D budget that exceeds the GDP of a medium sized country. It is almost certainly working on products that we have not even thought of yet.

Does Apple neglect the needs of its professional users? No, I don't think it does. It's truer to say that what it does reflects the demographic of its users. So, yes, Apple has more consumer buyers than professional ones. But that needn't and doesn't have to happen at the expense of professional users, and - apart from a few glitches, some of them major (the botched introduction of FCP X and the failure to update the Mac Pro for example), Apple has absolutely supported professionals. FCP X is now a powerhouse that runs like the wind on Macbook Pros. The iPad pro is now incredibly powerful and only needs better access to the file system and the ability to work with external storage to make it a viable alternative to a desktop computer. Logic Pro is the most popular professional DAW. MainStage is used by top-end musicians in stadium tours worldwide. And the new Mac Mini has been “professionalised” and is now a cost-effective “workstation lite”.

And don't forget that the term "consumer" doesn't have quite the quasi-pejorative connotation that it used to carry. Consumers are selective, critical and very particular indeed about their purchases.. Look at the mechanical engineering quality in the Apple watch. If anything, professionals have benefited by Apple's embrace of the consumer market, through sleeker, better designed products - not to mention user interfaces. (You may not particularly like FCP X or Logic Pro, but they do look fantastic. I do like them, and they work extremely well too). And here's the crux: the budgets available to design mass-selling Apple consumer products exceed those available for professional devices by several orders of magnitude. But where they cross over, which in the case of Macbooks and iPads, is almost entirely, then professionals benefit from this revenue largesse. It's undeniable, and yet Apple critics often seem to overlook this dynamic completely.

With around $25B in revenue from its computer sales in 2018, Apple’s computer division is hardly a small business, even if it is small in comparison to the iPhone juggernaut. For comparison, Dell's whole-year revenue across all its products (remember Apple doesn't make servers or own VMware) was around $80B. This makes Apple huge in the computer industry and even more significant for media professionals when you consider the typical preference in the content creation business with freelancers and small facilities for Apple hardware.

I do not mean this to be a eulogy for Apple. It certainly has its faults, and I'm not a fanatic. But I do think that when someone says that "Apple is dead", they're missing several important points. Apple can look after itself for a long time, even with zero revenue. And because it's one of the most secretive companies on the planet, we have no idea what it's working on. But when we do know, it will probably make us gasp.