Drones: the genie is out of the bottle 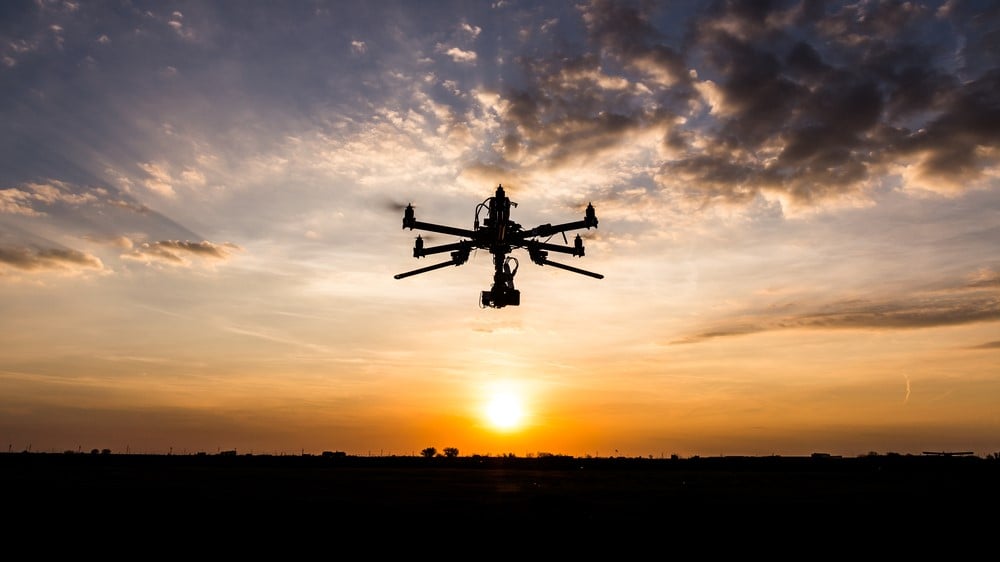 Professional Drone against a sunset

Did you hear about what happened Gatwick? It's London's second largest airport, and like most of London's airports, it's nowhere near London.

But it's a busy place. Something like 800 flights come and go every day. Except last Thursday, when the airport had to shut down because someone was flying a drone around the airfield. They closed the place down, and then tried to open it again. Every time they did this, the drone came back. This lasted all day and all night.

The police came in. The army arrived. Experts turned up in droves. Still the drone taunted them.

Thousands of people had their holidays ruined. Anyone with a pathological dislike for airports had their worst fears confirmed.

Eventually, early on Friday morning, flying resumed. Slowly at first, and then picking up pace during the day. But it will probably take the best part of a week to get back to normal, and some passengers will never get back the special events they missed.

Did I say "normal"? I shouldn't have. Things will never get back to normal. Because this type of incident can happen at any time and any place. One person with a drone and a malicious intent is all it takes.

The good news is that nobody got hurt. No planes were brought down. There were no safety incidents. But that's like saying a broken clock is right twice a day. It's true, but it's infinitely better to have a working clock. In the same way, it's much better not to have to talk in terms of having a whole day where there weren't any drone incidents.

Why is it that drones have this incredible potential to disrupt?

Modern drones can be set up to take off, fly to any number of waypoints, and then land - somewhere different, if necessary. And they can do this anonymously, without any controlling radio signal (they do, of course, have to use GPS).

So even while the police, army, air force, volunteers and tracker dogs are searching for the drone operator, maybe even finding evidence of where he or she launched the UAV, the user can be in their vehicle, either going to meet the drone somewhere else, or, more likely shooting off as fast as possible in the opposite direction, maybe to return to the landing site later, as soon as the fuss had died down.

Experts came out and made pronouncements. Still the drones came. Solving the drone problem at airports isn't easy.

You can't just "shoot them down". Gatwick - and many other airports - are in built-up areas, and stray bullets could damage buildings, aircraft (even on the ground) and, you know, people.

You can't "jam" them. They typically use Spread Spectrum modulation where essentially frequencies jump all over the place within their allotted band, thousands of times per second. To an evesdropper, this just sounds like noise. If you don't have the digital "key" to this frequency hopping, you'll never be able to intercept it, or jam it.

So even clever schemes like requiring drone operators to be registered and for their drones to respond to a compulsory "get out of the air" command, won't help, because it requires opting in. Even if drones were manufactured so that the default state was not to fly unless the owner's current location and status was lodged with a central, controlling authority, that won't stop people making their own drones with plans and software available freely online.

All of this is bound to impact the drone industry, and will probably restrict where and how drone operators can fly their aircraft. Geofencing will go a long way to help, but, again, criminals will build their own, unrestricted drones.

It would be a shame if legitimate use is affected adversely. Drones are amazing and inspiriational. They're clever too. I woudn't be surprised if one day companies like DJI are the first to manufacture domestic robots.

So, what we're left with the obvious reality that you can't go back from here. There is currently very little to stop disruption of this type.

Does anyone reading this have any ideas?