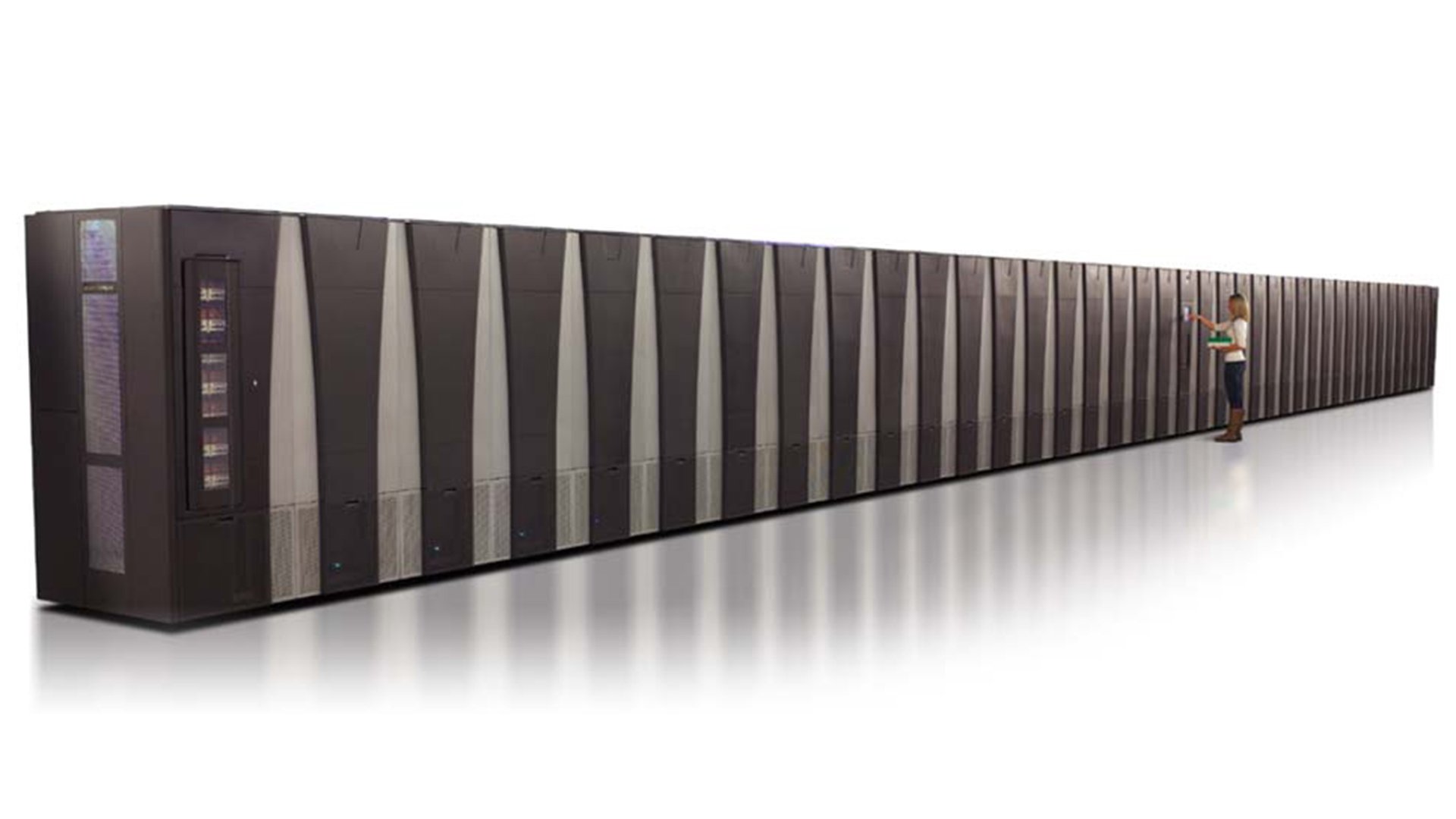 If you want really vast storage, and we really do mean vast, the Spectra TFinity ExaScale could be just the ticket. You'll need an equally big room to fit it in though!

The word “exascale” is one of those terms made up by marketing people to imply something grand and ambitious without actually saying anything very specific. Often, they're overblowing terms for fairly everyday things. In the case of Spectra Logic's Tfinity, it would take a hard heart to complain about overblown sales copy, though, because it's big. Very big. 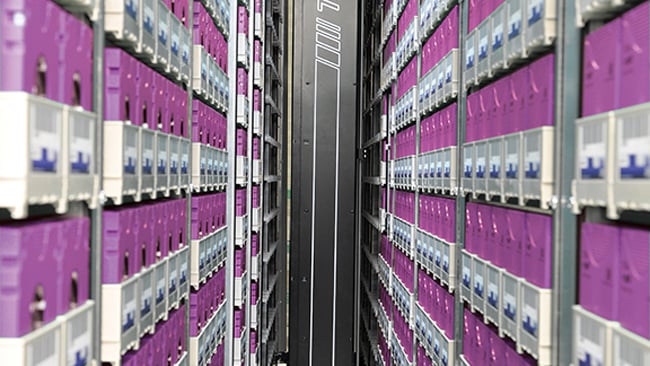 Unsurprisingly, the working parts look like rack after rack of data tapes, with a robotic retrieval system whirring around in-between them

At the most fundamental level, the TFinity Exascale tape library is capable of storing 640 petabytes of data. That's six-hundred-and-forty-million gigabytes, without any recourse to compression that tends not to work very well on the sort of already compressed data we’re often most interested in. And no, it's not a single device: it's a configuration of 8-foot rack units, with a robotic setup inside whirring away, ferrying tapes (or packs of tapes) from drive to storage areas. The largest possible configuration achieves the headline storage capacity using LTO-8 tape. There are also options to use the IBM TS11 series or Oracle's T10000 tape technology, though new installations might well go for LTO unless they're already attached firmly to Oracle or Big Blue. The library can even handle a mix of the three.

It's not only big, but it's also fast, although the amount of space to be filled does put the speed into perspective. The bandwidth is essentially set by the aggregate capacity of the tape drives that are installed, though LTO-8 is already capable of a healthy 360MB per second. Big libraries like this are generally specified in terms of the rate per hour and the uncompressed capability of the ExaScale library ranges up to nearly 187 terabytes per hour. That's fast, although the capacity can become so huge that it would still take the best part of six months to fill the entire library. That's what a rack of 53,000 LTO tapes will get you. 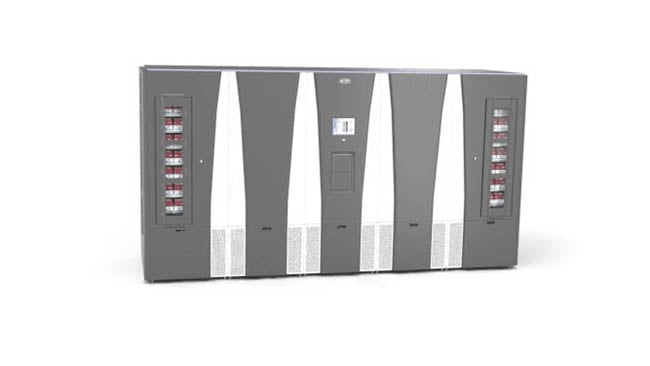 Like most of the world's most overpowered hardware, it's a big grey box, unless you go for the custom front panel option. Which you would. I mean, come on…

Away from the big numbers, the purpose of this sort of thing is to offer a lot of storage space without taking up an entire floor of an office block to do it and ideally without the speed issues of tape being too onerous. Tape will never, ever seek to a file as quickly as a hard disk and that issue is compounded when a robot has to go and physically retrieve the appropriate tape cartridge and put it in a drive. Lots of work is done on the software to make this as efficient as possible, depending on what the application is and what sort of data is being handled, and the Exascale library handles the tapes in packs of ten (which the company calls a TeraPack, for its 120TB capacity) so that it's possible to move things around in even larger chunks, presumably with the idea that this will be more efficient on very big data sets.

As ever, with a huge industrial computing device like this, pricing will vary with the desired results, but this is the sort of storage we attach to supercomputers for scientific work. There is one suitably frightening way to look at it, though. LTO-8 tapes presumably get a lot cheaper in quantity, but some sites advertise them at $165 or so apiece. Filling a maximum capacity Exascale library would, therefore, cost nearly nine million US dollars in media alone and that's if you can get LTO-8 tape, which has been tricky for much of 2018 because of a patent lawsuit between Fujifilm and Sony which finally drew to a close in the first quarter of the year. It seems unlikely that anyone would buy a system like this and not fill it with the biggest tapes they possibly could. 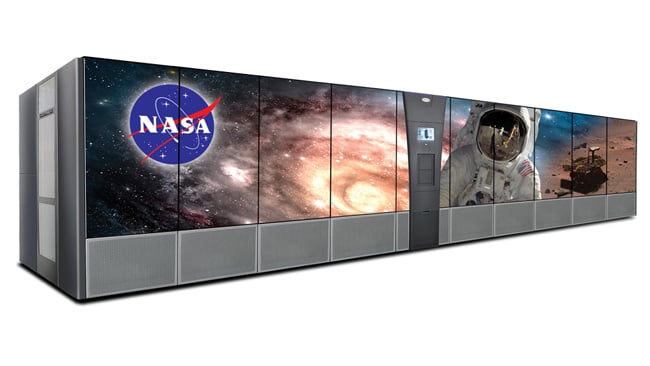 Still, we haven't talked about the killer feature – the front panels can be customised with graphics of the customer's choice. A large, gold dollar sign would seem appropriate, but the promotional literature features a person in a space suit and the NASA logo.