Dell's UP3218K - a monitor with more resolution that most DSLRs! 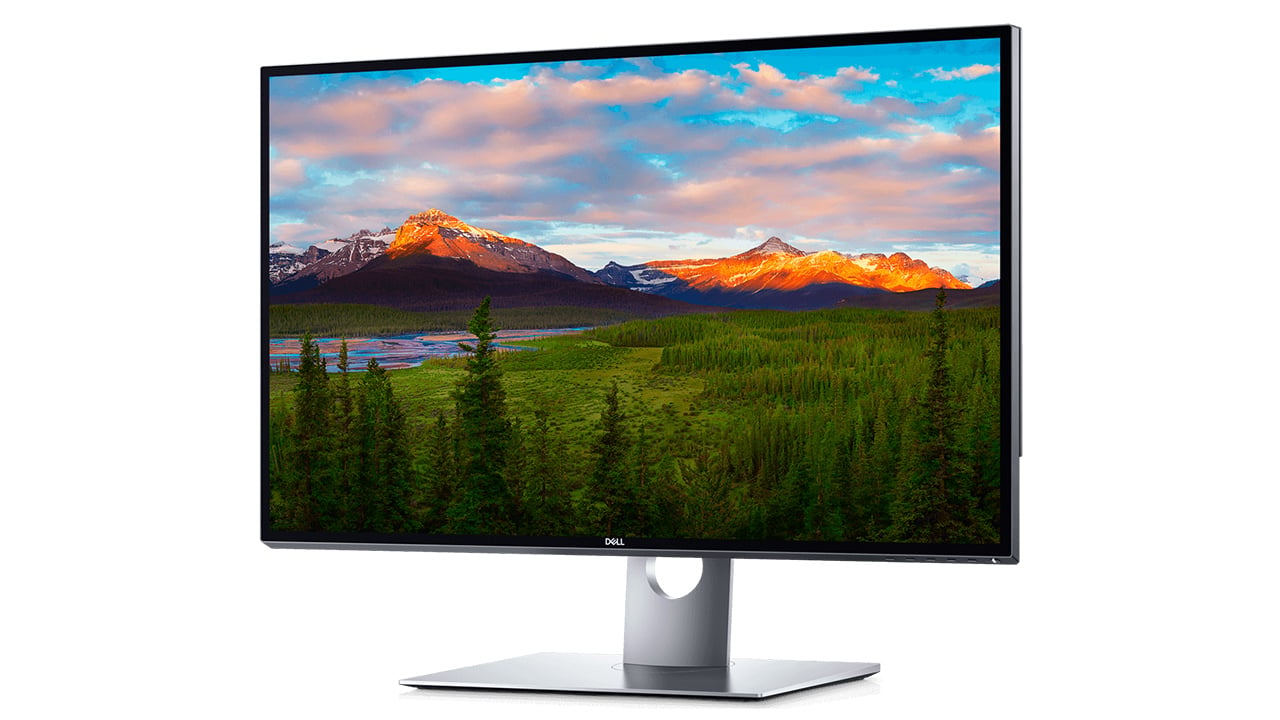 Review: We take a look at Dell's monstrously high resolution UP3218K monitor, a display that promises to show such fine detail that it can show even some of the highest resolution DSLR photos in their entirety.

It'll take an HDR protocol beyond current proposals in order to make monitors look like reality. Current displays just don't emit enough light to simulate a window into another world. Resolution is different, though, because we're now becoming able to defeat the resolution of the human eye. In a way, pixel count is an example of something that gets larger and larger until it vanishes, because Dell's UP3218K has so many pixels that there might as well not be any at all. In this case, 8K means 7680 by 4320, for a total of 33 million RGB triads, which is more than most DSLRs. Pixels on HD displays are often invisible at normal viewing distances, but the pixels on the UP3218K remain invisible even when the observer's nose contacts the front panel. 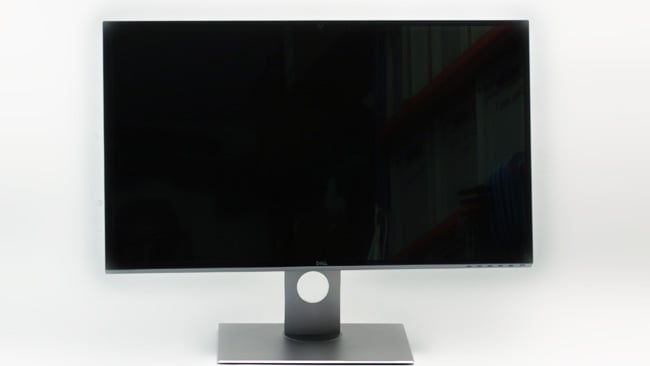 If there was ever a moment at which resolution became completely irrelevant, this is it. 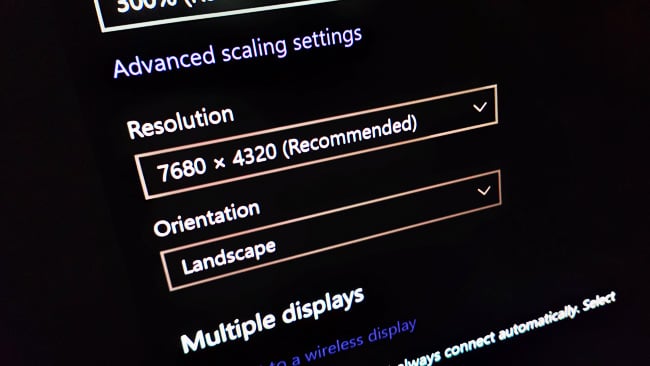 Hello, Mr Wolf. My, what big pixel counts you have

Sometimes, huge pixel counts can come with drawbacks. This is what we found back in 2015 with Dell's UP2414Q, an early 4K display which boasted a lot of pixels but suffered from significant off-axis colourimetry problems. Luckily, this is well-controlled on the UP3218K. There's some purple glow in dark areas of the display when it's viewed from off-axis, which naturally isn't something we'd expect from a high-end grading reference display, but it's certainly among the better workstation monitors. 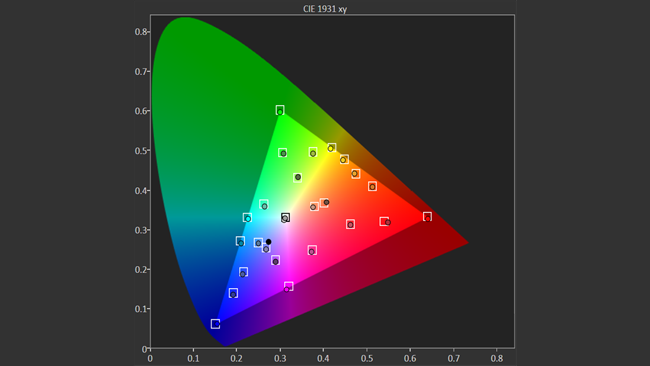 Rec. 709 mode, as characterised by CalMAN. Errors are well within a correctable range with an average delta E of 3.1 and generally below 4, with one outlier of 6.1 in the red

Another strong point is colour space support. Dell promotes the UP3218K as part of their PremierColor range and claims full coverage of sRGB, Adobe RGB and Rec. 709, with 98% coverage of DCI-P3. The factory calibration report indicates an average delta E (meaning, roughly, visible difference) of below two in Adobe RGB and sRGB, with no particularly noticeable trends in the error. Two is a fairly broadly-used threshold of acceptability. Tests were carried out with the current version of SpectraCal's CalMAN 2018 R2 software and an X-Rite i1Display probe.

Dell's report doesn't cover modes other than sRGB and Adobe RGB. CalMAN's results show an encouraging average delta E of 3.3, with a single, rather large, excursion of 6.1 on a bright red test patch. There are other errors exceeding 4.0, so that most people would prefer to calibrate the display (and any associated equipment) before using it for critical work, but for a workstation display, it's fine. Naturally the off-axis variation will alter things, so again, this isn't trying to compete with a tens-of-thousands broadcast monitor on colourimetry, but the factory results are very credible. 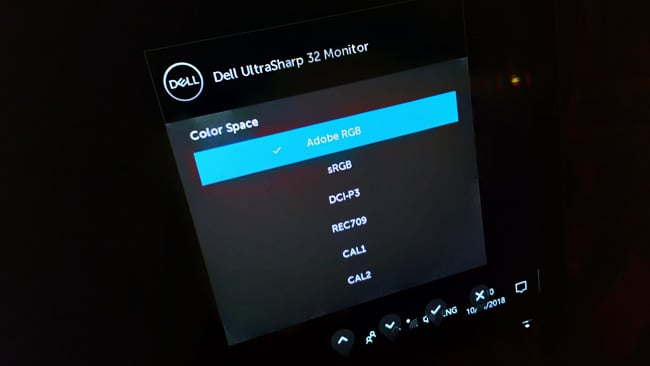 The main colourimetry standards are supported, though there's no HDR. The monitor tops out at around 350 nits, though that doesn’t represent any particular standard

The other potential problem of large pixel counts is simply feeding enough pixels quickly enough. This is the motivation behind the various updates that have been applied to the HDMI standards in the last few years, particularly to make high frame rate 4K video possible. Recent HDMI, however, still isn't enough to feed an 8K display.

A single link of DisplayPort 1.4 will drive the monitor at 30Hz, making mouse movement feel chattery and slow. 60Hz requires two links (yes, two separate DisplayPort cables) which demands a compatible graphics card supporting the DisplayID 1.3 Tile Display feature. That essentially means Nvidia cards based on the GP102 or GP104 cores, the GTX 1080 or Quadro P5000, which is what's being tested here. On paper, the AMD Radeon RX480 or Radeon Pro WX7100 will also drive the 8K display at 60 frames per second.

DisplayPort only, because that's all that can handle it

The experience of using a display at this resolution is interesting. It's obviously possible to imagine a display large enough to make 8K pixels visible, but on a 32-inch panel that's certainly not the case. As a result, the actual resolution becomes irrelevant. It could be an 8K monitor. It could be a 108K monitor. It could be some obscure type of futuristic vector display. It's just a picture, which is, ultimately, what we've always been aiming to create, something where the technology gets out of the way and we simply see a representation of reality. It's not the first time we've seen that. Cellphones and tablets have done it for a while, but it's quite unusual in a display of this sheer size, and all the more impressive for it. 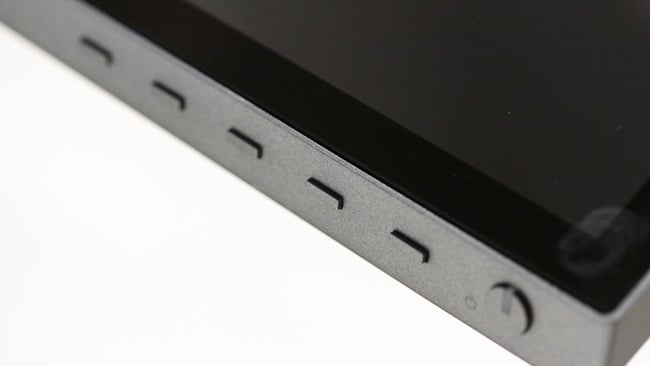 Until we adjust the user interface scaling, applications can seem comically miniaturised, though it's all fine once we've done that. Windows didn't traditionally do display scaling as well as some operating systems, but it works well under Windows 10 even for applications that weren't necessarily designed with monitors like this in mind. Text looks like a backlit transparency, with no visible quantisation even when viewed from very short ranges.

If there's a concern it's that the target audience for this sort of monitor is one that actually does need to see the pixels. With a variety of colour spaces supported it's clearly a display intended for people working in the commercial arts, especially with its hefty £3200 price tag. Back in the day, we liked 2560 by 1440 displays because we could put an HD image on one and have room for some surrounding user interface. An 8K display swallows an HD or even a 4K frame so comprehensively that we're left needing to zoom in to see what's going on. Let's not complain, though. “My monitor has too many pixels,” is not a phrase common to imaging professionals. 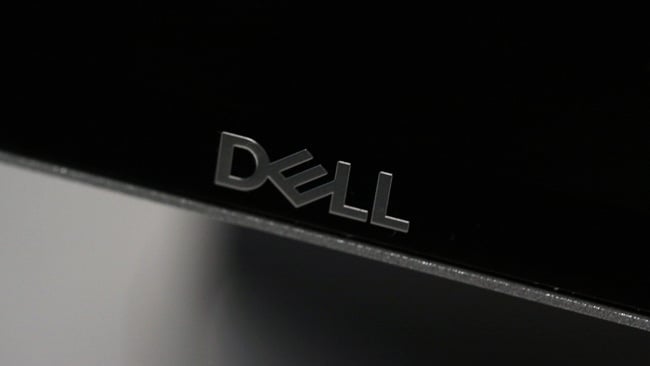 The special measures required to drive the monitor to full capability make the UP3218K feel a little early-adopter, in much the same way that the UP2414 required a recent HDMI implementation. There's not much Dell could have done about this and presumably, there'll soon be more devices that support the required DisplayPort revisions. In the context of a desktop display, though, the monitor answers at least one question: yes, 8K is enough that it doesn't matter anymore, even on a 32” display. You'll need a good reason, given the price tag, but if you have a pressing need for a 33-megapixel workstation display, the UP3218K gives you that without serious compromise.

Thanks go to SpectraCAL for the CalMAN 2018 R2 software, and to X-Rite for the i1Display probe.