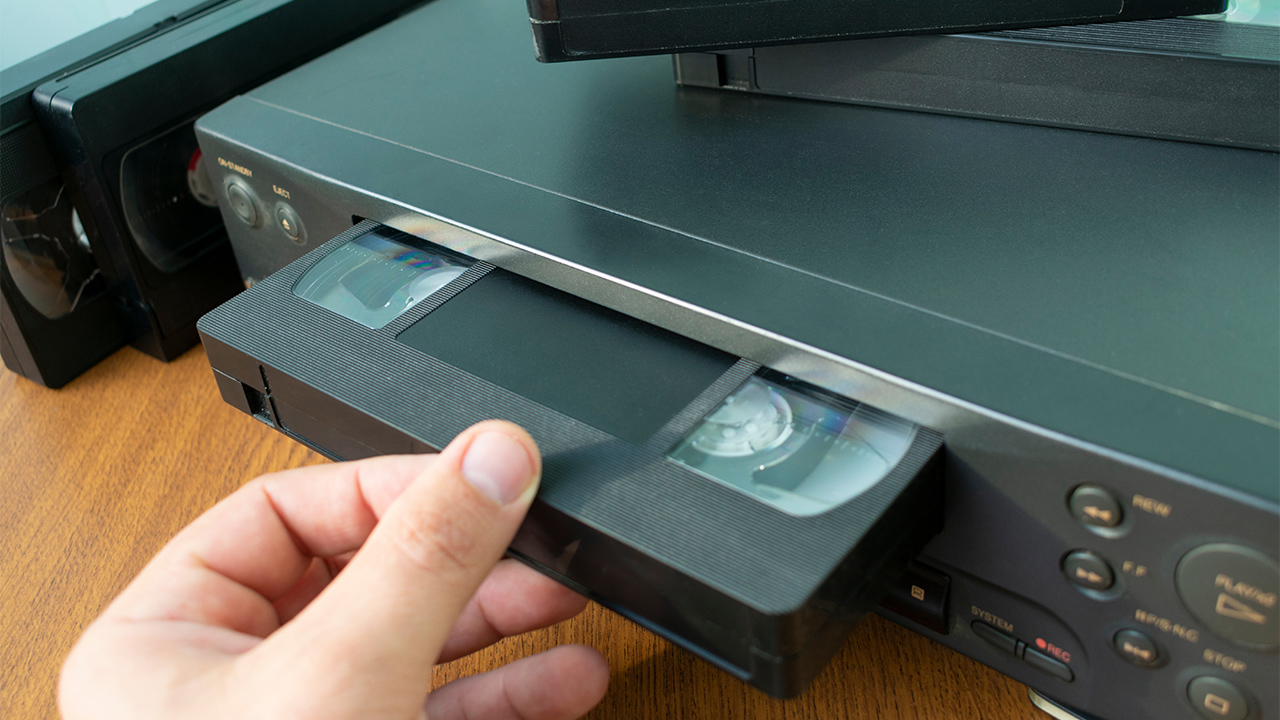 Replay: Top end VHS gear is now extremely inexpensive, which is great if you are a retrohead wanting to copy your old media at the highest quality possible for digital storage.

A lot of the characteristics of technology are described by a bathtub curve. In a graph shaped like the cross-section of a bath, things start at a high level, then fall off to a minimum, and gradually climb back up again after a while. This applies to a lot of factors: the value of an item is high at launch, falls off to a low level as it becomes obsolete, and then rises again after it becomes old enough to be of historic interest. Notoriously, it also describes failure rates of recently purchased equipment. Buy a new piece of gear and the most likely time for it to fail is either almost immediately, or, hopefully, toward the end of a reasonable lifespan. The time in the middle tends to be relatively stable.

It's dangerous to comment on the vagaries of fashion, but the obsessions of pop culture seem to follow the bathtub curve quite accurately. Things are widely liked when they're new, fall into the obscurity of yesterday's news, and are then sometimes revived as retro sometime later. We've seen that with 1980s and even 1990s kitsch quite a lot recently, not least in the form of cell phone apps like Rarevision's VHS Camcorder and amazing looking video games such as The Last Night.

All of these things are products of a renaissance of 80s and 90s pop culture, but they're being produced on very modern equipment. Life becomes a bit more interesting when we're dealing with actual technology of the period. For instance, there are groups of people - who shall remain nameless, because we're essentially discussing piracy – who like films that haven't been released in decades and make them available online, often by digitising ancient VHS tapes. It's a fool's errand, in some ways, given that all of these films will have been shot on 35mm and the VHS, therefore, represents a pale shadow of the original material, but it's arguably better than these productions languishing in obscurity.

What's interesting is the sort of retro-engineering that can go into the effort, especially if there's a desire to do absolutely the best job that can possibly be done. It's instinctively easy to capture a standard-definition video signal since the required data rate is comparatively low. But very few workstations have a standard-definition input in 2018, especially one that uses a good quality set of filters for recovering colour information from a composite signal.

VHS itself is a composite format, a video format where the colour information is mixed in with the brightness information. So are most formats of the period, including Betamax and laserdisc, although both are noticeably better than VHS. Either way, they will always, to some extent, suffer strange colour fringing around areas of fine picture detail. The process of recovering the red, green and blue channels from a composite signal can be done well or poorly. Good decoders can make a better job of avoiding the problems, so anyone looking to do a good job of digitising a VHS tape will tend to look for a quality piece of equipment to do it.

One of the upsides of this situation is that the used market is currently overloaded with old standard-definition equipment, so that something from Sony or Snell & Wilcox, which would once have been very expensive, is now available affordably from your friendly neighbourhood online auction site. Such a thing can be used to do the composite video decoding and conversion of the signal to SDI so that it can be captured uncompressed by a modern workstation. Alternative ways of doing it, perhaps using firewire-attached video capture devices, as were common from the late 90s, would involve compressing the video just to get it into the computer, which a purist would prefer to avoid.

No matter how hard anyone tries, the results of digitising a VHS tape are always going to be – to be nice – slightly rustic. Even the capability of supposedly-identical VHS decks can slightly vary. On domestic machines, the calibration could be more than a little suspect, with different examples of the same product clipping whites and blacks at different points or producing variable overall signal levels. With the right equipment, this sort of problem can be tweaked out in a bit of analogue video engineering that is really only done now for archival purposes. Standard-def, CRT-based waveform monitors by major manufacturers such as Tektronix are common on eBay.

Composite CRT monitors have maintained more value because they're popular with retro gaming enthusiasts, who like the crisp images and near-zero latency of a 20-inch Sony Trinitron display, often modifying their consoles for RGB output (many were composite only) to improve things still further. It's also much preferred to use PAL-region VHS tapes as source material, which offer higher resolution, more reliable colour encoding, and lack 3:2 pulldown.

What's good is that it can now be done with the best possible equipment, because retro video gear has reached the bottom of its bathtub curve just as obscure 80s VHS material reaches the top.