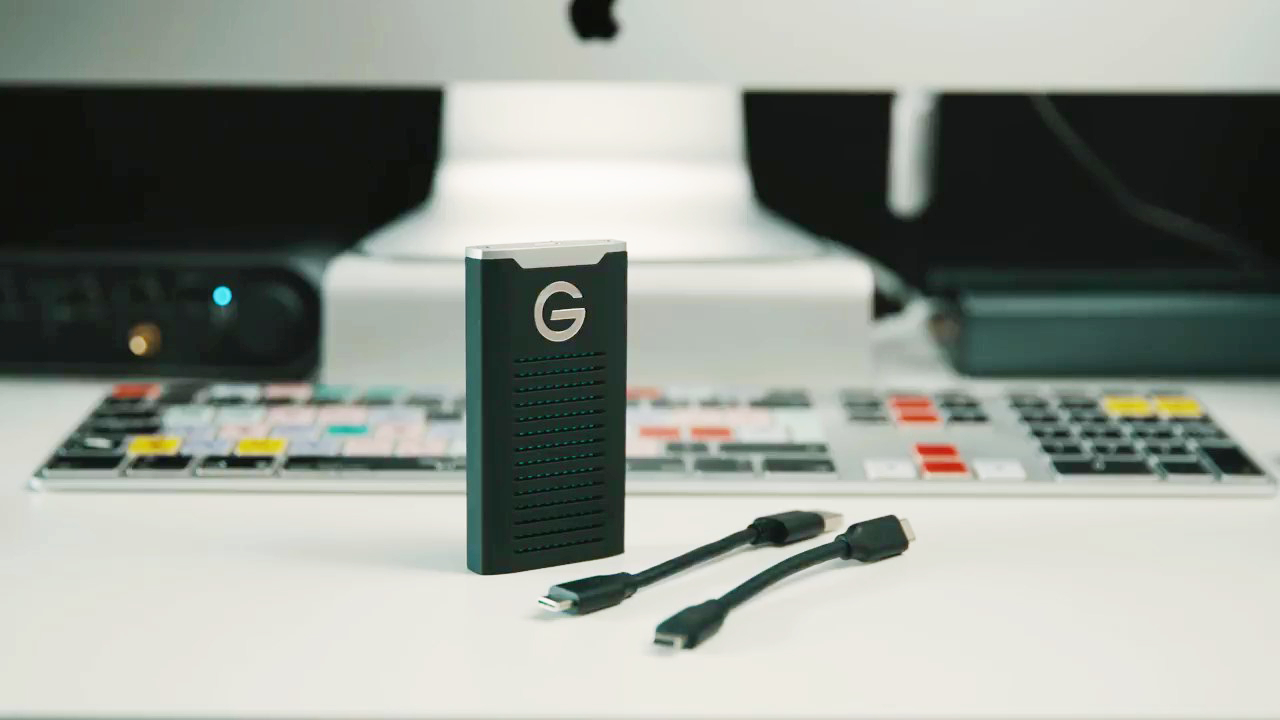 G-Technology's rugged little SSD promises blazing fast speeds, and the ability to take on the elements. Bas Goossens takes one for a spin.

SSDs offer two big advantages when it comes to storage on the move. Very fast speeds, the ability to withstand knocks, and their incredibly light weight form factor. Often not much bigger than a credit card, SSDs are a great thing to have around if you want to back up or copy footage on location.

G-Technology's R-Series is designed to withstand a 3m drop, with IP67 water resistance, and the abilty to withstand 1000lbs of crushing force. Which will come in handy if you are prone to leaving your drives in the path of the average car.

Coming in at around £240 for the 1TB version, the price isn't too bad either. While we still await the time when SSD storage offers a price per TB of traditional platter drives, there can be no denying that if you need fast back up on the move, there is no substitute for an SSD.