Can Apple stop the flow of Mac users to PCs? 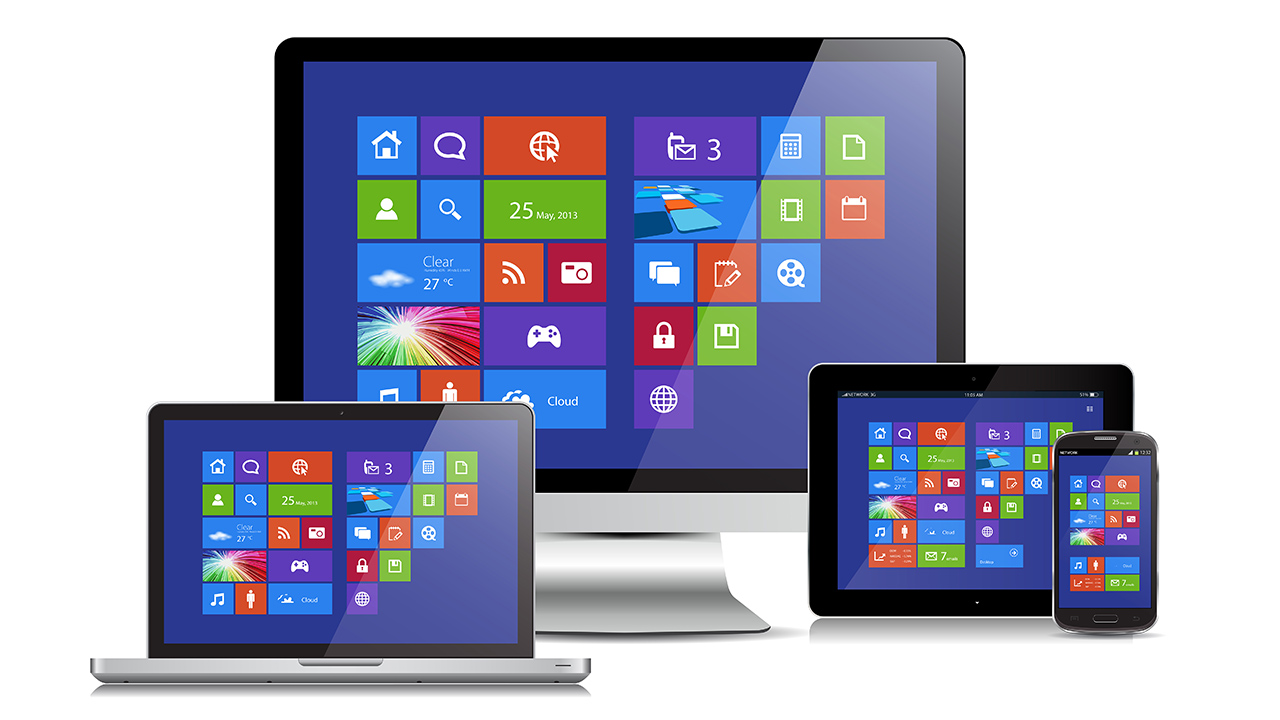 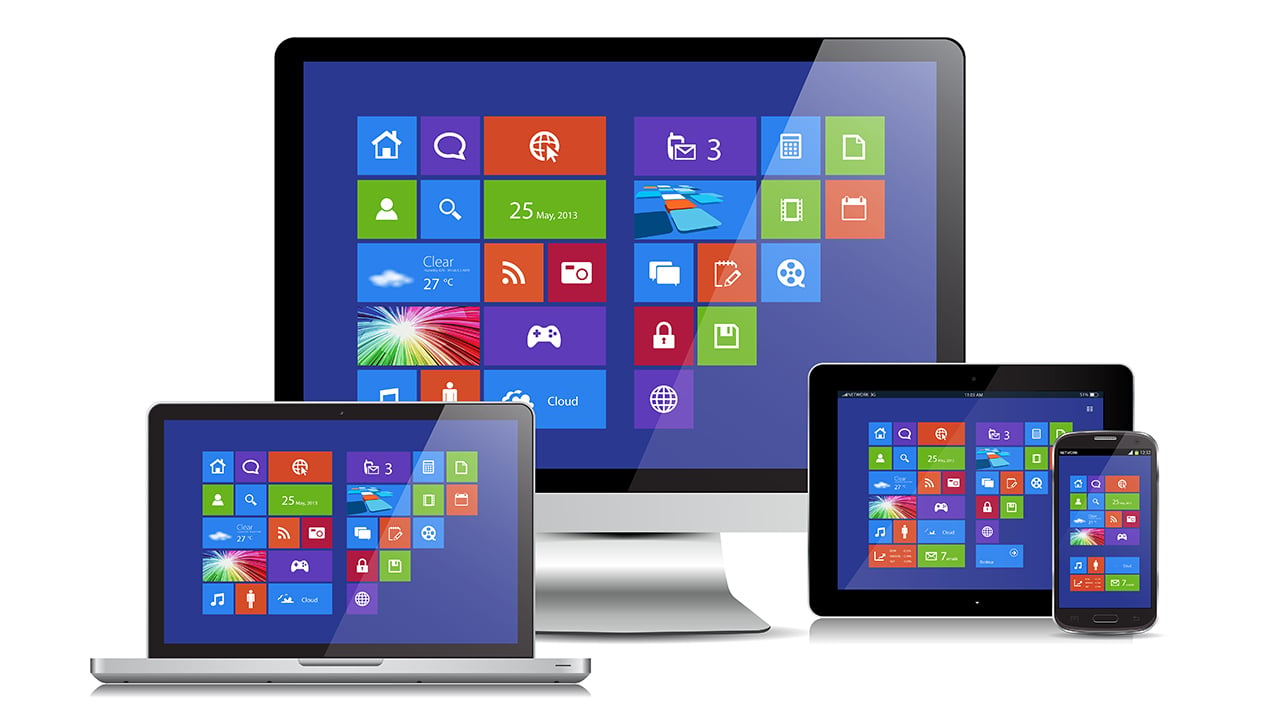 There are compelling reasons for migrating from Macs to PCs. PCs on the face of it have more power and are cheaper. But should you move? Do you have to?

I make no secret of the fact that I use Macs by preference. For me, it's the user interface, which I find quick and efficient, and the style of the hardware. My opinion is largely the product of entrenched laziness mixed with what is, I think, an excusable affinity for well designed products. Don't get me wrong here: some PCs are beautiful designed too. But like most people, I'm happiest with what I'm familiar with.

But if I were inclined to fight about this, which I'm not, I might be struggling to defend my position. Until 2019, that is, when, possibly, Apple will have a "modular", professional computer that is so good that professionals will be unable to envisage using anything else.

If Apple had all the best software, running exclusively on its expensive hardware, then it would be much simpler. You'd have to buy a Mac to be able to use the software. But with certain - quite important - exceptions, it isn't like that at all, for two main reasons. (One of these exceptions is Final Cut Pro. If you want to use FCP X, then PCs are not an option.)

In use there's no difference

First, most professional applications run on Macs and PCs. Once you're inside one of these packages, you'd struggle to know which operating system you're in - until you have to access the file system, at which point you'd be exposed to the raw OS and its foibles. Setting up, installing software and adding drivers for hardware expansion is different on Windows and Mac OS too. But in almost every sense, you could reasonably say that it doesn't matter which system you work on.

Second, there's the internet, the web, web browsers and the cloud. All of which make the operating system irrelevant a lot of the time. How? Because anything you do in a browser will work on a Mac, a PC, a tablet or a phone, and probably a washing machine, if washing machines had browsers.

(If you've never tried working in this way, I do recommend it, because it's incredibly convenient, it's secure, and it's a relief to know that the worst that can happen doesn't include the disappearance of a lifetime of data.)

My move to Windows

Just over a year ago I realised I needed to do something about my preference for working on Macs - which, by the way, has only been the case for twelve years. I suppose that's a long time, but for much longer than that I was a PC user.

So I ordered a fast PC and - I'd been wanting to try this for some time - a 42" Phillips 4K computer monitor. Not only did I want the means to view 4K video it its native resolution but the screen real-estate is incredible at exactly four times the number of pixels you'd get with a single Full HD screen. It's very productive if you're a writer.

My experience of moving back to Windows has been largely positive. The PC is fast and quiet. Once the screen scaling was set up, it's a joy to behold. You have to sit close to it but if you do you're rewarded with a display area that seems as big as a tennis court.

And Windows is stable: Windows 10, that is. I have never  had a system crash. But I don't do heavy duty production work on this machine: the closest I get to that is when I'm testing or benchmarking software.

I haven't moved to Windows completely though. I still use Macs when I'm not anchored to my desk.

There’s a cliched but still largely valid reason for Mac users to move to Windows: expandability. It’s cliched because it’s not as important as it used to be, and yet you'd think it was. Most video transfer is by file now and you don’t need plug-in capture cards just to edit video. When you do need to capture, it’s easily and conveniently achievable with Thunderbolt devices. Even, to some extent, GPUs have been externalised, although you can’t achieve the very highest levels of performance yet without an internal device. Given a faster external interface, it can happen.

But if you want to customise your computer; if you want to stuff it with the latest and most cutting edge devices, then there’s no current alternative to a PC.There hasn't been since the last “cheesegrater” Mac Pros were on sale.

Apple has made what I would call “gestures” towards the pro community since then. The 2013 Mac Pro was a triumph of design if not practicality. It showcased some genuinely original thinking, was well specced for the time, was compact and quiet, and was utterly unable to be expanded internally in any way. Not even the graphics cards were interchangeable.

But it did feature Thunderbolt 2, which meant that you could hook up some pretty fast peripherals, and two 4K monitors, which was good for the time. But that was five years ago. It’s hardly fair to describe it as a fossil now, but things have moved on somewhat and it seems odd that it remains on sale with no significant that I am aware of.

The iMac Pro is a powerful machine with a superb display and an unbelievable amount of power inside its slim housing. It too is bristling with ports, but is about as unexpandable as it is conceptually possible to get. That’s fine for people whose current work fits within its generous envelope of performance, but with no user upgrades possible, you can’t help but agree when people say it’s a poor investment for some.

I just want to deal with the price thing.

It's certainly possible to buy PCs with more power per unit of cost than Macs; that’s where a comparison is even meaningful. Often it’s not. To make a valid comparison you have to compare like with like, and that’s really hard with the Mac range. Even with laptops it is complicated by the way Apple is vertically integrated.

Apple’s ability to build both hardware and software contrasts with the way that Windows works. Every time I want to criticise Windows I have to remind myself that the Microsoft’s developers have probably never seen the exact combination of components that you expect its operating system to run on. That it does work, is a supreme achievement of modern technology, and it would be unrealistic to expect zero downsides to this unruly but somehow mostly working combination of software and hardware.

Macbook Pros, when running Apple software like FCP X or Logic Pro, perform astonishingly well. If you have a touchbar MacBook, the level of integration with that controversial feature is wonderful to behold. I suspect that much of the percieved performance in Macbooks is because the OS and the applications are highly optimised for the hardware.

There are serious limits to the MacBook Pro at the high end. You can specify Windows laptops with far more power and which will cost much more than a MacBook Pro. We’re currently reviewing a Dell laptop that’s more powerful than any MacBook, and costs more too. It may not be the prettiest thing, but it is undoubtedly a machine that a power user would consider.

And yet I often hear that if you take the iMac Pro, and try to build the closest equivalent, which isn’t very close, because it’s not an all-in-one computer with a 5K screen, a PC version will cost more. If that is true, and if expandability is important to you, then you might still want to buy the PC version. If you want a very compact, powerful workstation that is expandable but only externally, and if you think that style is relevant, then you might want to buy the Mac.

What's next from Apple

To finish off, let’s look at what might happen over the next year or so with Apple. What’s almost certain is that the next “Pro” computer won’t look or function very much like the much derided (although still rather clever) “trashcan”. To be better than this last effort, its successor will have be essentially a Mac version of a PC, in a stylish but basic case, with internal expansion slots.

Many, if not most professional Apple users (that I know) wish that Apple would do that. And it might. But I also think that, just as likely, is that Apple will announce a professional computer that is modular in the purest sense. It will consist of heterogeneous modules that are connected through a very, very fast interconnect. Or even, perhaps, some type of “fabric”, which allows many point-to-point connections in multiple directions. If you think this is really wild, then you’re right: it is. But it is perhaps a viable next step and would allow the modules to behave as if they were one, because there would be no interconnection bottlenecks.

How would this differ from the current situation where you can use Thunderbolt 3 to connect almost anything, including 4K displays, extremely high speed storage and external GPUs?

I think it will have no-compromise external device support. I think Apple will only release a “pure” modular computer if it has a new interconnect up its sleeve. If you can get internal speeds with external components, then why wouldn't you embrace the new architecture?

Nobody outside Apple knows what the Cuppertino giant is going to do in 2019. But these are some options. And if the chosen option is a pure modular computer with a no-compromise interconnect, then, as long as the price is not off the scale, that’s what I’d like to see.

Meanwhile, what do you do if you need a computer now, and Apple doesn’t have an option for you? You have to buy Windows. Professionals don't like uncertainty. Windows PCs are a known quantity. You can build world-class facilities around them, and you can do it now. We won't know anything about Apple's decisions for maybe another year, unless we see previews at Apple events.