Moving to a different OS isn't as bad as you think 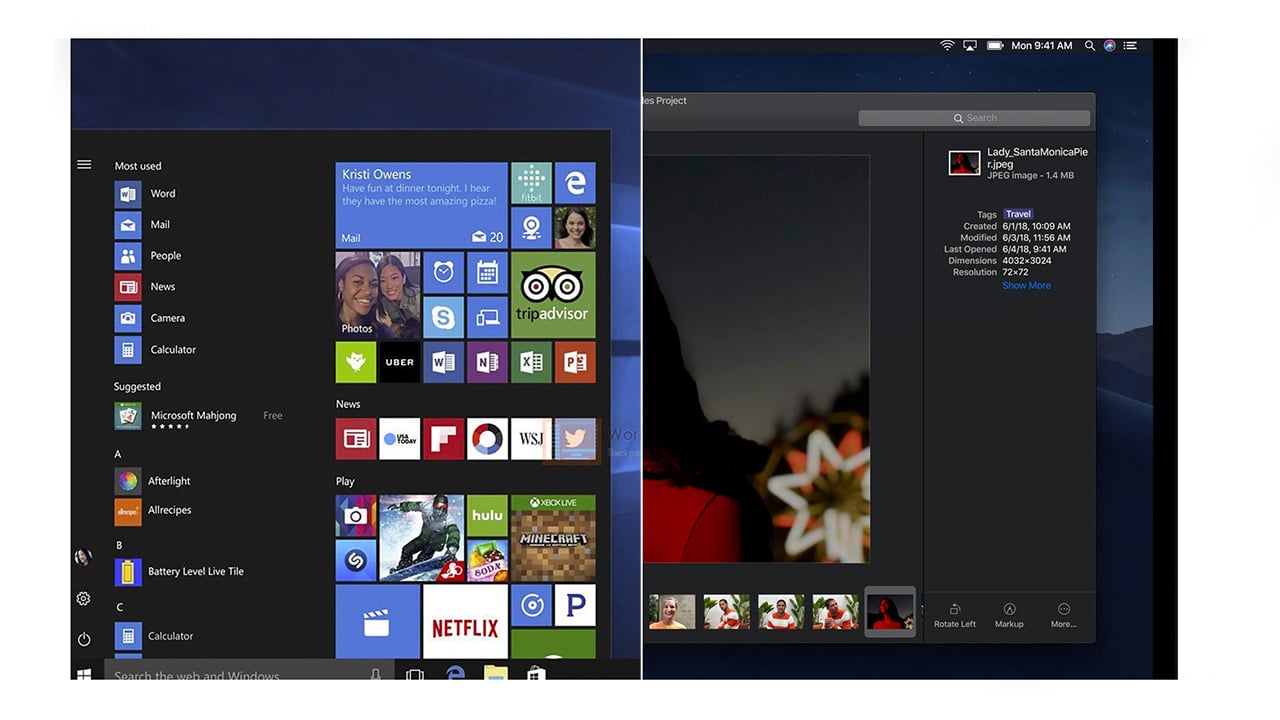 Moving OS is a bit daunting for some. If you've been a Mac person since time immemorial and are moving to a new OS, should you be afraid of the boogey man?

During discussions of the best computer options for film and TV work, machines running Windows have often done quite well. This is a phenomenon of the last five or ten years. As computer video became possible, in the late 1980s, Commodore's Amiga line was most often associated with moving pictures. Back then, Apple was big in publishing, but with the failure of the Amiga in the early 90s and the development of Final Cut Pro in the late 90s, Apple became a behemoth of post production.

As such, many of the people who might currently be looking at non-Apple machines for the faster hardware will be encountering Windows for the first time. There's a lot of online debate on the relative merits of the two. This debate often degenerates into a shouting match between entrenched points of view, so it'd be great if we could avoid the comments section involving too much agitated hand-waving.

It's very easy to make technical excuses for the usability and reliability of Windows. It attempts to do something that macOS does not, in that it tries to be compatible with more or less any combination of the vast quantity of desktop computer hardware that exists. That's an extremely trying technical challenge, and anyone who's ever scratch-built a Windows workstation will be aware that there's often a bit of snagging to do during setup. That's snagging that probably has to be done when macOS is tried on a new Mac configuration, but the point is that Apple does it for you (of course, Lenovo and Dell will also do it for you with Windows.)

The fact that Windows works as well as it does is something of a miracle, but that is no excuse for problems. Despite the very different technical background that applies to Windows and macOS, they are attempting to provide a pretty comparable user experience and there are no points for effort. The good news is that modern Windows is some distance away from the bad old days of Windows 98 and ME and if there are usability issues it's largely a matter of taste. Both macOS and Windows need to provide ways to set networking, graphics and other options, ways to move files around, and ways to run software.

There's a very reasonable argument that Microsoft has never presented all this quite as well as Apple. In 2018, though, it's probably just as fair to say that the slightly less polished layout of Windows should not be a serious barrier to new users. To indulge in a little opinion, it's not as pretty as macOS and it's not quite as easy to find things, but not to the point of causing any real problems.

Separating the reliability of an operating system from the software it runs is difficult. What's key is that an OS can isolate and contain problems with pieces of software so that the entire machine doesn't fall over, which was an alarmingly common problem under, say Windows 95. That was, however, over 20 years ago. Since Windows universally adopted the more industrial-strength core features of Windows NT – which happened in Windows 2000 – this has essentially been a solved problem. A stop error, the direct equivalent of a macOS kernel panic, is a vanishingly rare occurrence on modern versions of Windows. Microsoft can't stop people writing bad code that crashes, but it's tremendously unusual for any such thing to force a reboot in modern versions of Windows.

Bad hardware, such as faulty RAM, can always cause all kinds of unreliability, although perhaps the most common reasons to complain about reliability in Windows are actually problems caused by deliberately malfeasant software, which can be easily mistaken for OS problems. Speaking of which:

Possibly the most contentious comparison between macOS and Windows is security.

The short answer is that security is a hard thing to analyse. Apple and their desktop computers, laptops and phones are big in the USA, but they're less popular elsewhere. They do not form a large part of the global computer market. In the fourth quarter of 2017, Apple shipped 8.2% of all personal computers. That's a big number, putting Apple in fourth place behind HP, Lenovo and Dell, but it still means that 91.8% of all computers sold during that period did not run macOS. macOS has simply never been deployed on anything like the same scale as Windows, so it's never had anything like the same level of attention from either security experts or attackers.

If we consult the CVE Database, a website that maintains details of known security issues, we discover that the number of known vulnerabilities in most operating systems has generally been a few hundred at any one time for the last ten years or more. Since 2007, the macOS number has tracked pretty closely to Windows, and in 2013 and 2015 there were actually more problems uncovered with macOS than there were with Windows. That doesn't mean those problems were actually exploited, of course. They could simply have been things that the manufacturer uncovered, fixed and reported before anyone else even knew they existed, but it's clear that no operating system is free of security concerns.

And that's a problem. The idea that an operating system is secure might cause users to be lax about security software, updates and online behaviour. No technology can protect the user from an attack based on social engineering. Users of both systems should behave cautiously and run appropriate security software. Do that, and Windows doesn't need to be any riskier than the alternatives.

In the end, moving from one operating system to another will inevitably create a little friction. The muscle memory of moving around a user interface is hard won and difficult to retrain, and that's true regardless of which operating system is involved. That said, the instinctive reaction that Windows is insecure and unreliable is outdated. A bad reputation is much harder to overcome than a good one, but Windows 2000, representing a significant change in the way Windows behaved, was released 18 years ago.

That really should have been long enough to reevaluate.