What are the best 15-inch laptop options for editing in 2018? 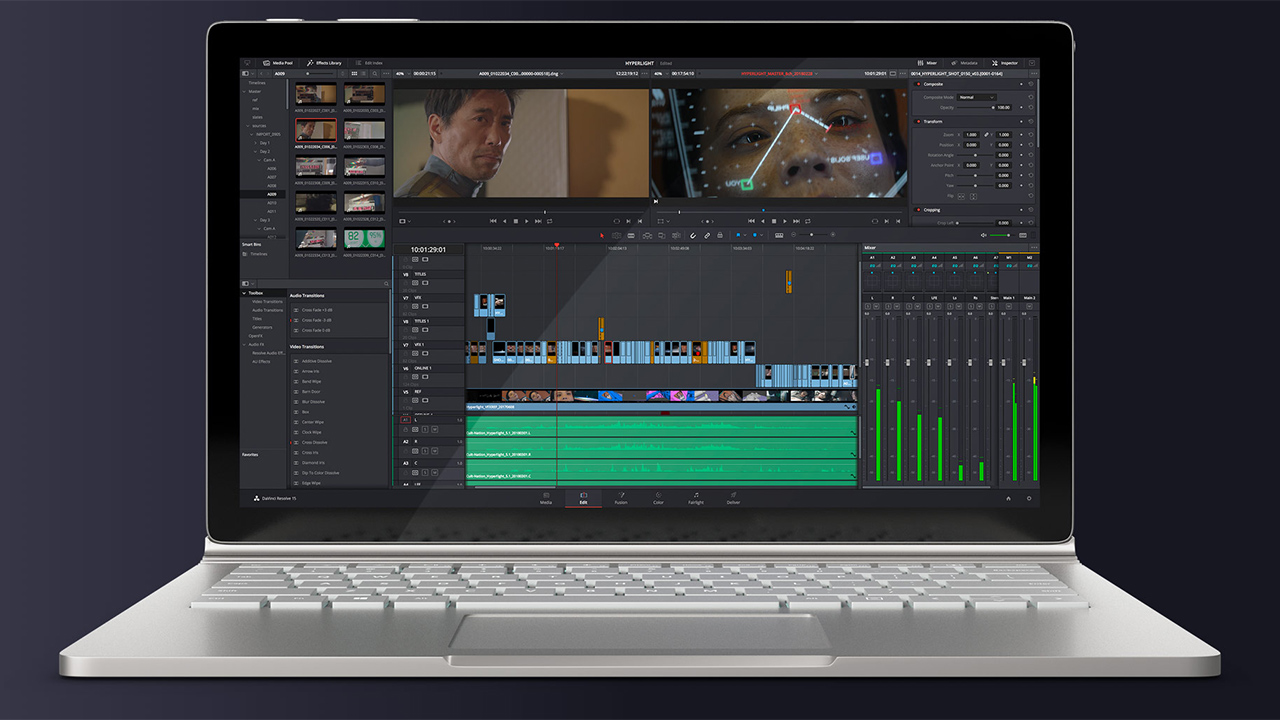 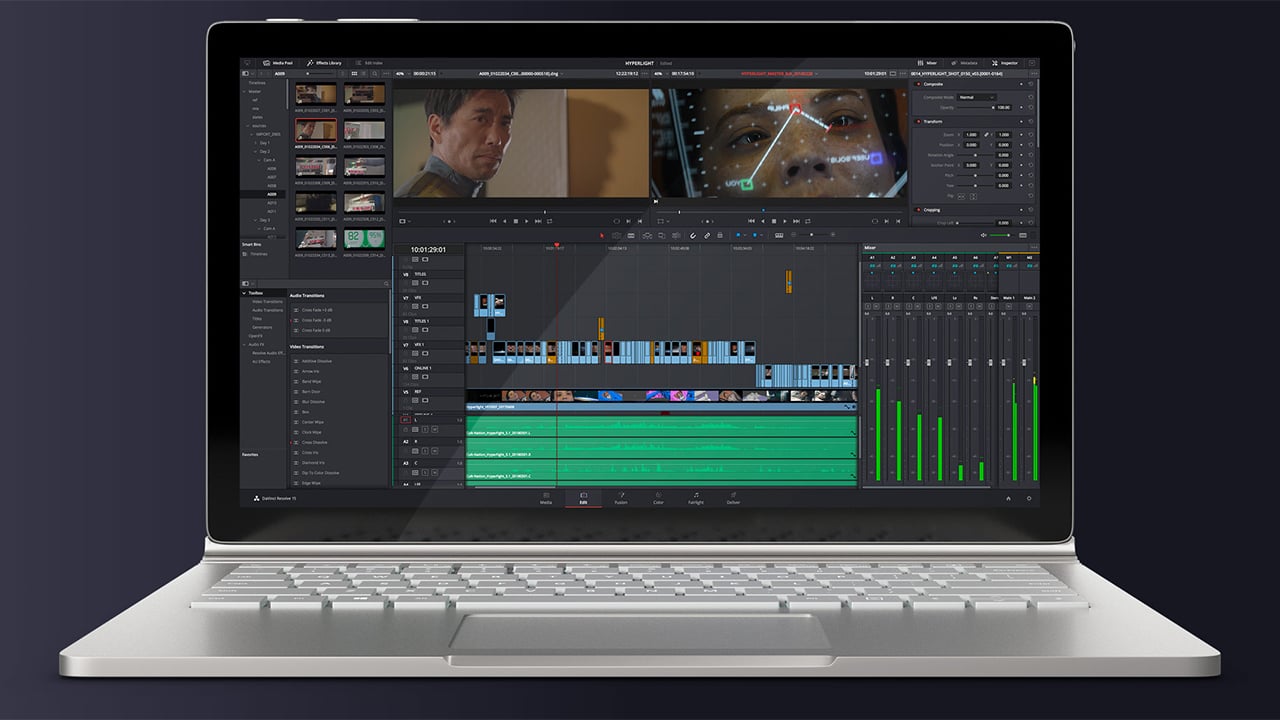 The Mac is ubiquitous, but there are are other options out there that might offer better performance for the money

If you are looking for a 15" laptop for your editing, what are the current best options that offer the best price/performance ratio?

A bit over a year ago, lots of people read an article about alternatives to Apple laptops. Interest in that stems, presumably, from the idea that common core applications – Resolve, Photoshop, and so on – are now cross-platform and Apple has never really been interested in competing on a price-to-performance ratio.

This often isn't particularly important because most of the things that most users do with most computers haven't changed in twenty years and barely demand more performance than was available in the 1990s. Even a modest spec will do most of the things we ask computers to do. Media work, on the other hand, can use all the computrons we can possibly throw at it, so the issue of choosing a portable machine for video post production work seemed an idea worth revisiting.

Last time, one of the most competitive options was a laptop by Alienware. The brand is actually a Dell offshoot, who makes, under the XPS brand, powerful and sturdy laptops which are familiar as the corporate fleet machines issued to workers at particularly well-to-do corporations. Something like Alienware does far more for far less, although suggesting a machine targeted at gamers for serious video post production work may raise a few eyebrows. So long as you can stand the light-up keyboard and little-green-man logo on the lid, though, they're very competitive in terms of sheer specifications. It's important to realise that more power means more power consumption and more heat. Noise, weight and battery life on this sort of high-performance gaming machine is not intended to match that of a frugal Macbook. 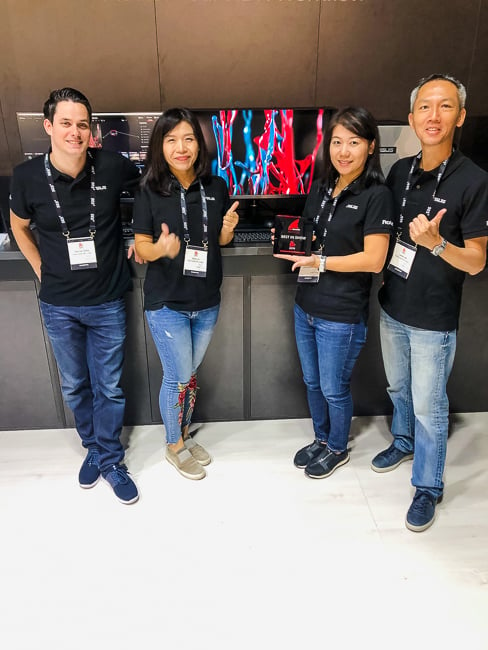 Anyway, let's pick a machine to talk about. Asus has the ROG series, which has at least slightly more subdued styling than the Alienware and a similarly beneficial price-to-performance ratio. Consider something like the GL502VM, a 15-inch model that's about the cheapest way to get hold of a Nvidia GTX 1060 GPU in a laptop. The laptop versions of popular GPUs tend to be slightly restrained in performance compared to the cards we'd plug into a desktop computer, a requirement to control the power consumption and generated heat, although the worst case scenario is often about 15%.

We could compare this machine to something like an HP Spectre and probably end up with very similar conclusions, but for the sake of argument let's compare the cheaper of Apple's two 15-inch models, on the basis that it has very similar CPU specifications. Both machines have a 2.8GHz quad-core Intel Core i7 with 6MB of cache and, while Apple doesn't specify the model number of the CPUs they use, it's probably similar in the broad strokes to the Core i7-7700HQ of the Asus.

Apple wins the display comparison, offering a 2880 by 1800 panel. Having correctly realised that there's very little point in that much resolution on a 15-inch display, Apple is using their excellent display scaling to offer working resolutions of up to 1920x1200. This actually compares closely to the 1080p display on the Asus, although the Macbook's images will look nicer, given the oversampling inherent to the way it's being driven. Apple also advertises “wide colour,” which seems to refer to DCI-P3 capability. How useful that is to anyone depends entirely on the specifics of what they're doing, but there's no doubt that Apple's display is better. 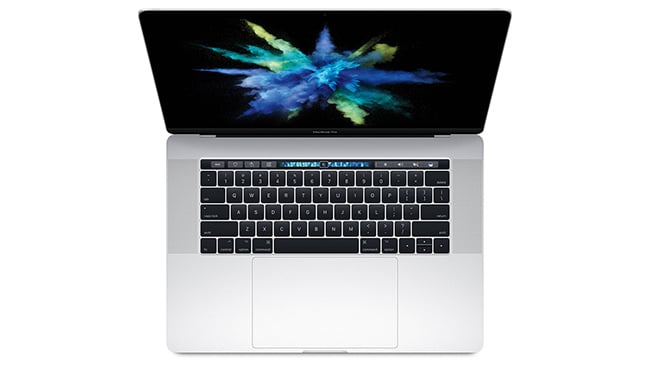 How does that GTX 1060 compare to Apple's graphics provision? Well, the basic 15” MacBook Pro offers a Radeon Pro 555 by default. The 1060 scores 7.5 compared to the Radeon's 5.8 in GPUBoss's “computing” test which is most relevant to GPU-accelerated media tasks. The 1060 outstrips the Radeon Pro even more comprehensively in the “graphics” polygon-rendering test, scoring 9.9 over 5.3. The overall score is 8.9 to 6.0 and, even if we account for the potential for that slight thermal throttling in the 1060, it's clear that Asus's GPU performance is up to a third higher.

Both machines – based on a common configuration of the Asus - include a 256GB SSD and the Asus also enjoys a one-terabyte hard disk. That's probably intended for storing games or video streams of games, but it works reasonably well as video storage (the workload of games and media is really very similar, which is why this works.) The Asus is often sold with 24GB of RAM, while the MacBook offers 16GB. We can increase the Mac's RAM, among other things, but the price war is long since lost. Apple lists the 15” MacBook Pro we're discussing here for £2,349, while Scan sells the much more potent Asus, as discussed, for £1,537.

A thousand objections could be raised to this comparison. The build of the MacBook is better; it's smaller (thinner, at least) and lighter, and it has longer battery life. A fairer comparison might be something like the Dell XPS 15 9560. Again, we're examining this because it has the Core i7-7700HQ processor. It comes with a GTX 1050 GPU which is not quite as powerful as the GTX 1060 in the Asus, but still outperforms the Mac's Radeon Pro 555 by 6.2 to 5.3 in GPUBoss's rankings. 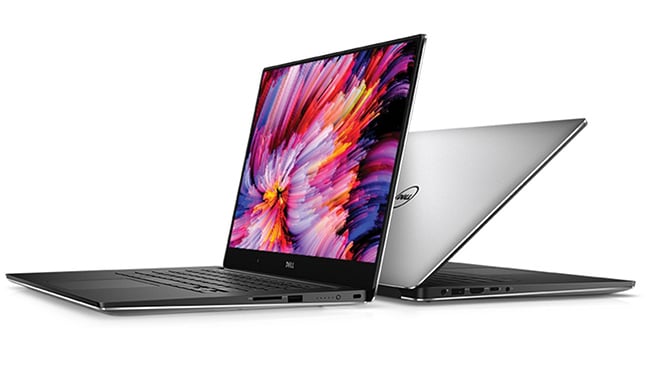 The most capable XPS 15 has a 3840 by 2160 display which exceeds the 2880 by 1800 of the Mac, and 512GB of SSD storage, exceeding the Mac's 256. It matches the 16GB of memory and, perhaps crucially, Dell's XPS line is about as portable as a 15” MacBook Pro. Dell quotes it as being 11-17mm in height, which puts it within 2mm of the Mac in the worst case. With a 97 watt-hour battery nearly twice the capacity of that in the Mac, the XPS is only a couple of hundred grams heavier. If this vexes you, consider the less powerful XPS options, which use a battery about half the size and are specified to be very, very fractionally lighter than the Mac.

It would be easy to assume that this Dell should be at least as expensive as Apple's finest, but it isn't anywhere near. The top-spec XPS 15 matches the Mac for CPU performance and memory, and exceeds it in storage, display resolution, GPU performance and battery power, and costs £1579 to the Mac's £2,349. The XPS only has one Thunderbolt 3 port, but that's more or less the only downside unless you're really looking to pay that much for a touch bar.

Apple isn’t building heavy lifting machines. Current MacBooks are not, and are not intended to be, the pickup trucks of Steve Jobs' famous quote. If you are locked into an Apple ecosystem, or if you are a particular fan of their OS, or if you have a rather particular interest in having beautiful objects around you, the extra spend may make sense. Otherwise, it's hard to see how it does, especially in a field where the best tool for the job is not so much a pickup as an 18-wheeled, articulated, trans-continental truck with sleeping accommodation in the back.